-It seems Mr Zao has lost himself in Havana. If you find him, say goodbye from us..."

Die Another Day, Brosnan's last outing as 007, premiered in 2002, the year when Bond celebrated 40 years on the big screen in 2002. The film takes Bond from North Korea, via Hong Kong to Cuba, London and Iceland. After escaping a British warship in Victoria Harbour, Bond drys off at the Rubyeon Royale Hotel in Hong Kong, where he convinces the Chinese intelligence to send him to Cuba in pursuit of Zao. 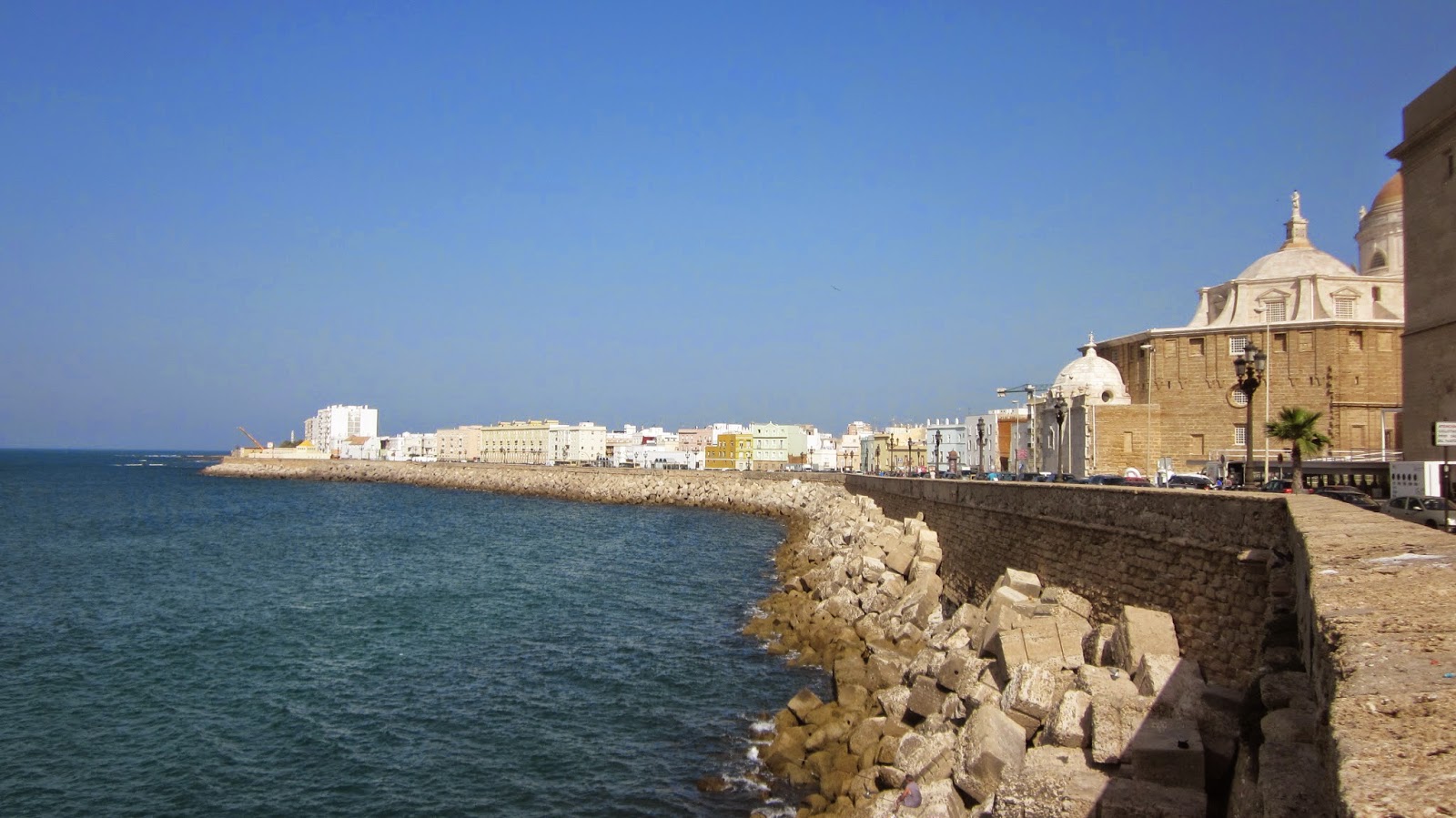 Bond is walking down the seafront promenade in "Havana". All the scenes in Cuba were actually filmed in Cádiz, a city on the Spanish Atlanic coast and that is where you find the beautiful coastline from the film. Parts of Cádiz was cleverly remodeled to look like the Cuba, and when you visit Cádiz you understand that it is not very far-fetched. The city could easily have been located in the Caribbean. 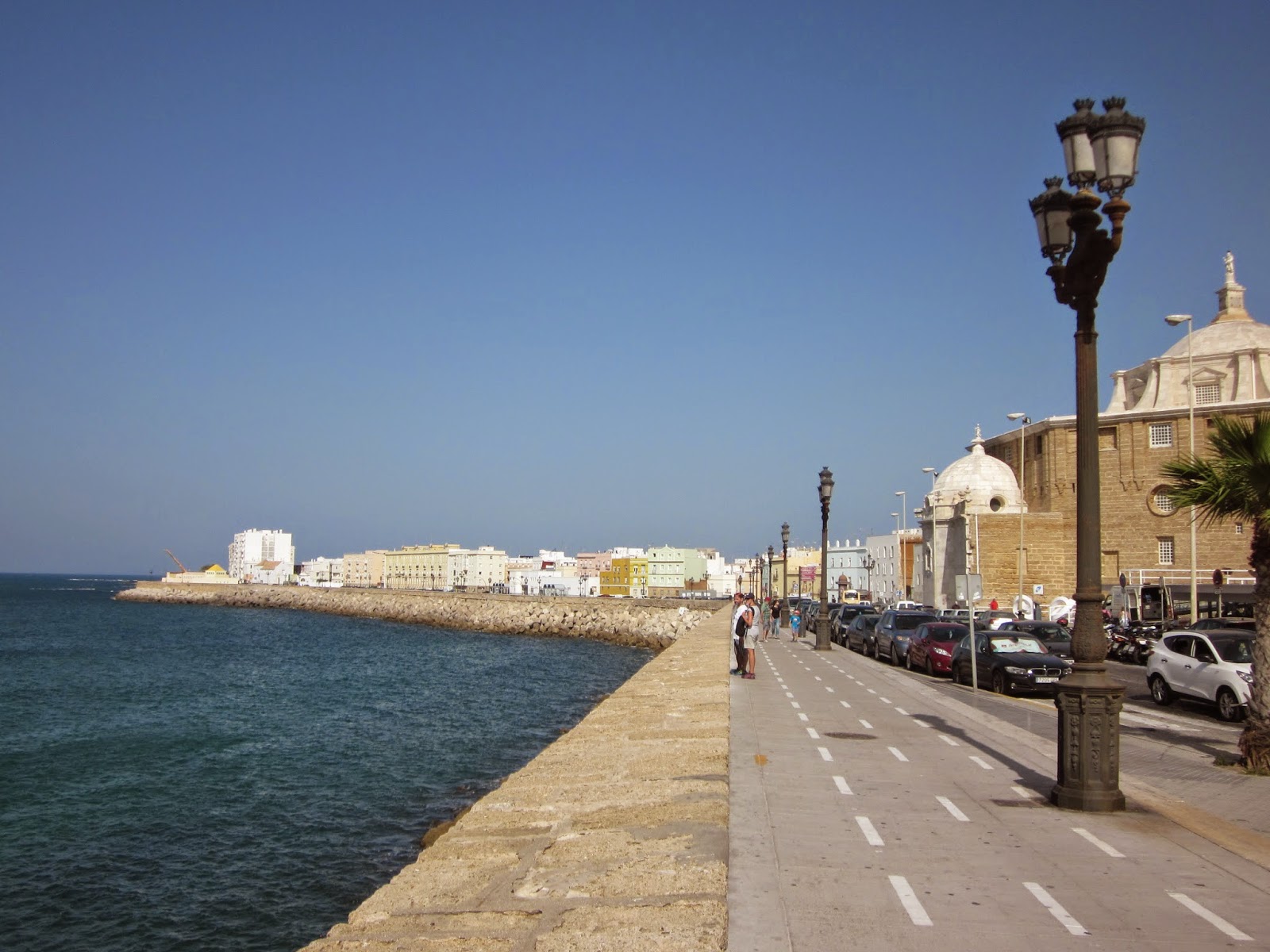 Brosnan is walking down the part of the seafront promenade that is located right next to the Cádiz cathedral. Parts of the cathedral can be seen behind Bond in the film. The cathedral was built during the 18th century but right opposite of the cathedral is the Iglesia de Santa Cruz. A smaller church that dates back to the 13th century. This building is not seen in the film, but it is on the roof of this building where Bond meets Raoul for the first time. The Iglesia de Santa Cruz will be covered later. 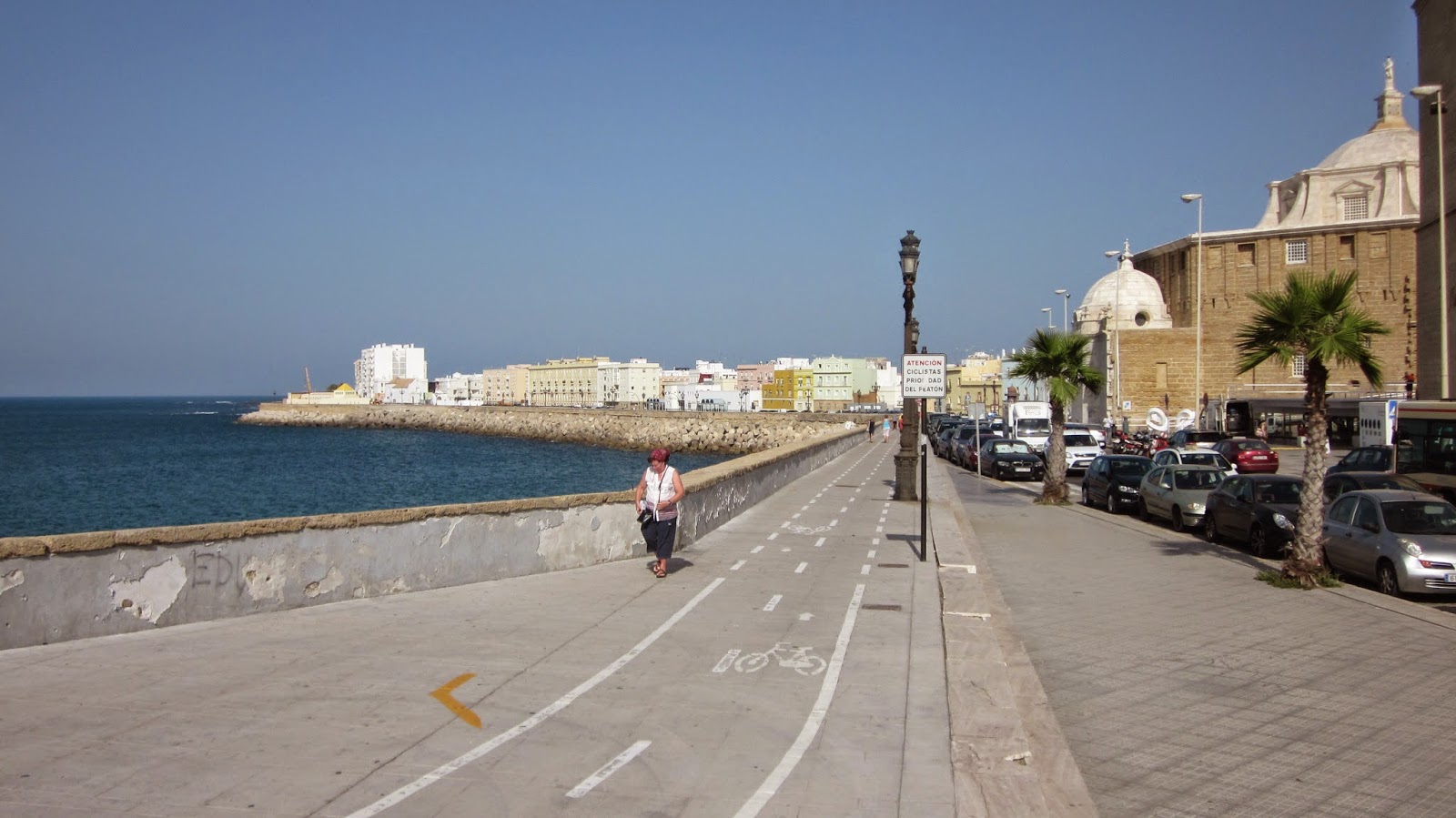 Cádiz is a beautiful and very interesting city that is well worth visiting. One of the oldest port towns in the world, as well as the oldest continuously inhabited city in Europe, it is located roughly two hours north of Gibraltar. Not much else needs to be said about this amazing location, it simply must be seen. Walking or driving down the promenade is a memorable experience and Cádiz as a city is probably the most interesting location from Die Another Day. The scene with Brosnan walking down the promenade lasts for a few seconds, but will remain for generations. 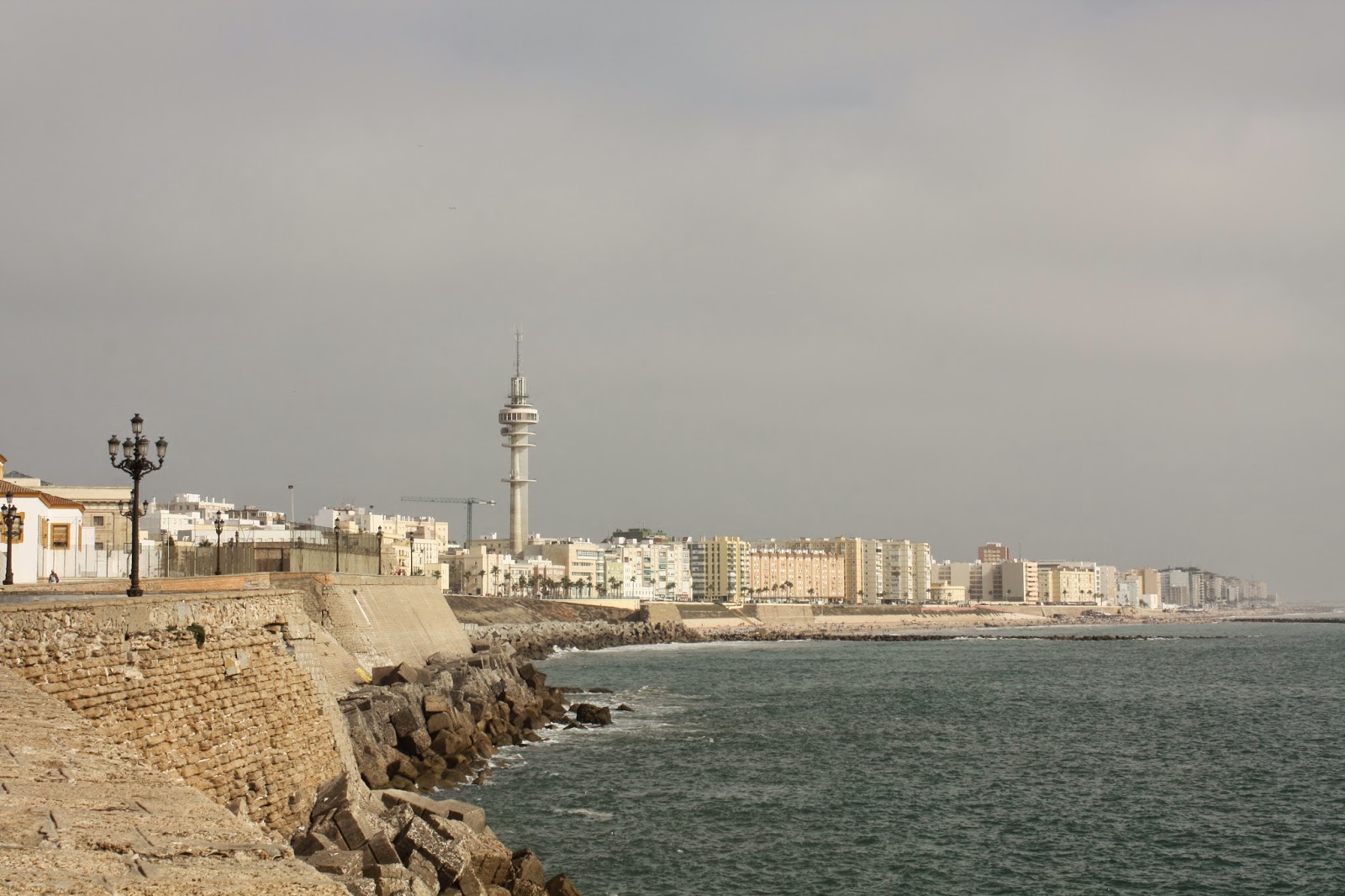 After a 15 minute walk from the Cathedral you reach the beach, a beach that stretches several kilometers to the south and is considered to be one of the best beaches in Europe.

The Rock of Gibraltar

The Living Daylights, Dalton's first outing as 007 starts off in the British Overseas Territory of Gibraltar, located in the southern part of Spain. The 00-section has been chosen to participate in an exercise together with the Special Air Services, the S.A.S. Their objective is to infiltrate the radar installations at the top of the rock. 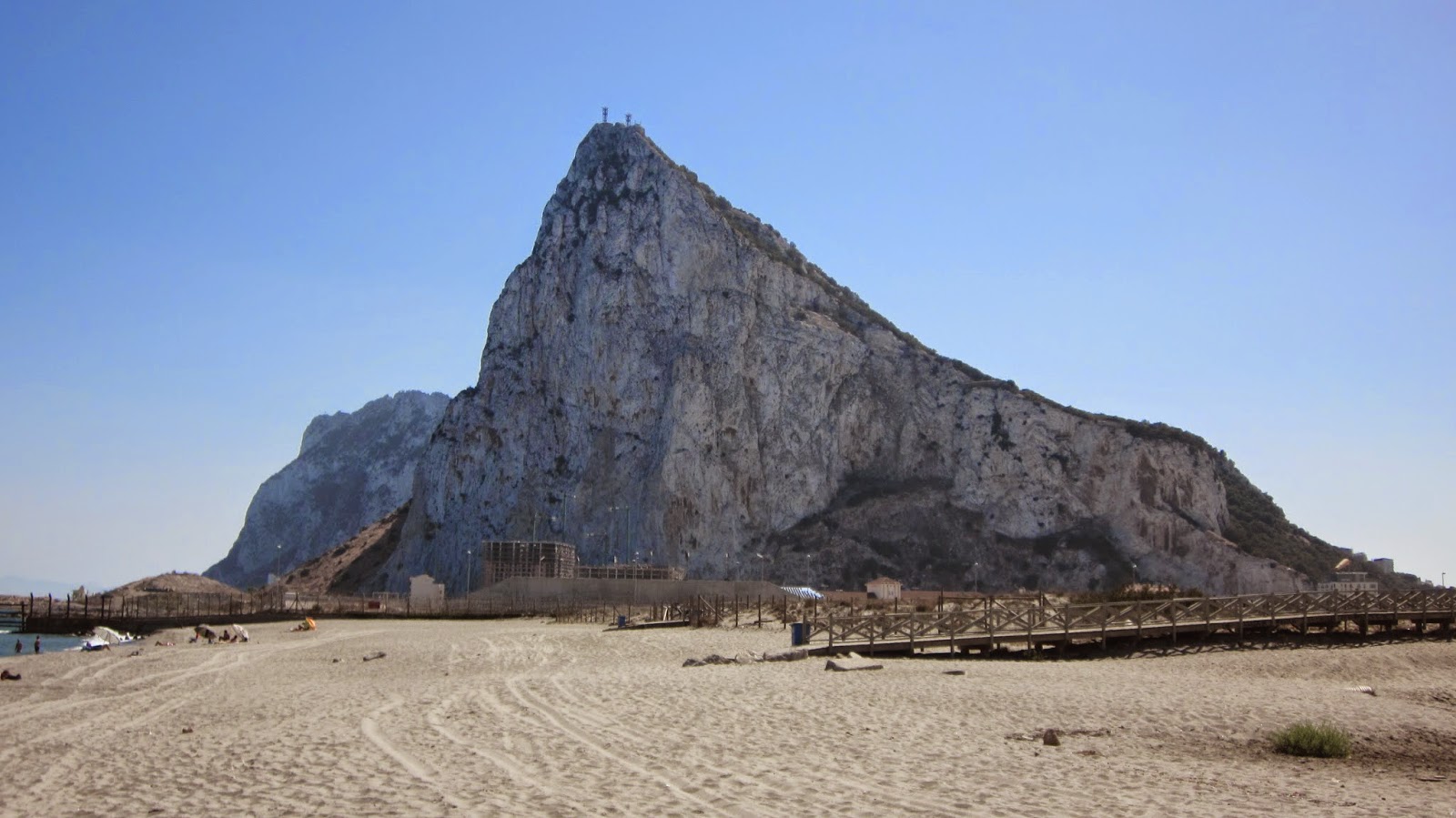 You get the first view over the rock from the beach at the end of the runway that belongs to Gibraltar International Airport and the camera pans up on the north front cliff face. Bond and the other two 00-agents jump from a Hercules and release their parachutes just before landing one the cliffs.

The British army is seen guarding the border against Spain. They are located at the end of the runway. The runway is still owned by the Ministry of Defense for use by the Royal Air Force. A Hawker Siddley Nimrod from the RAF is seen in the background in the film. 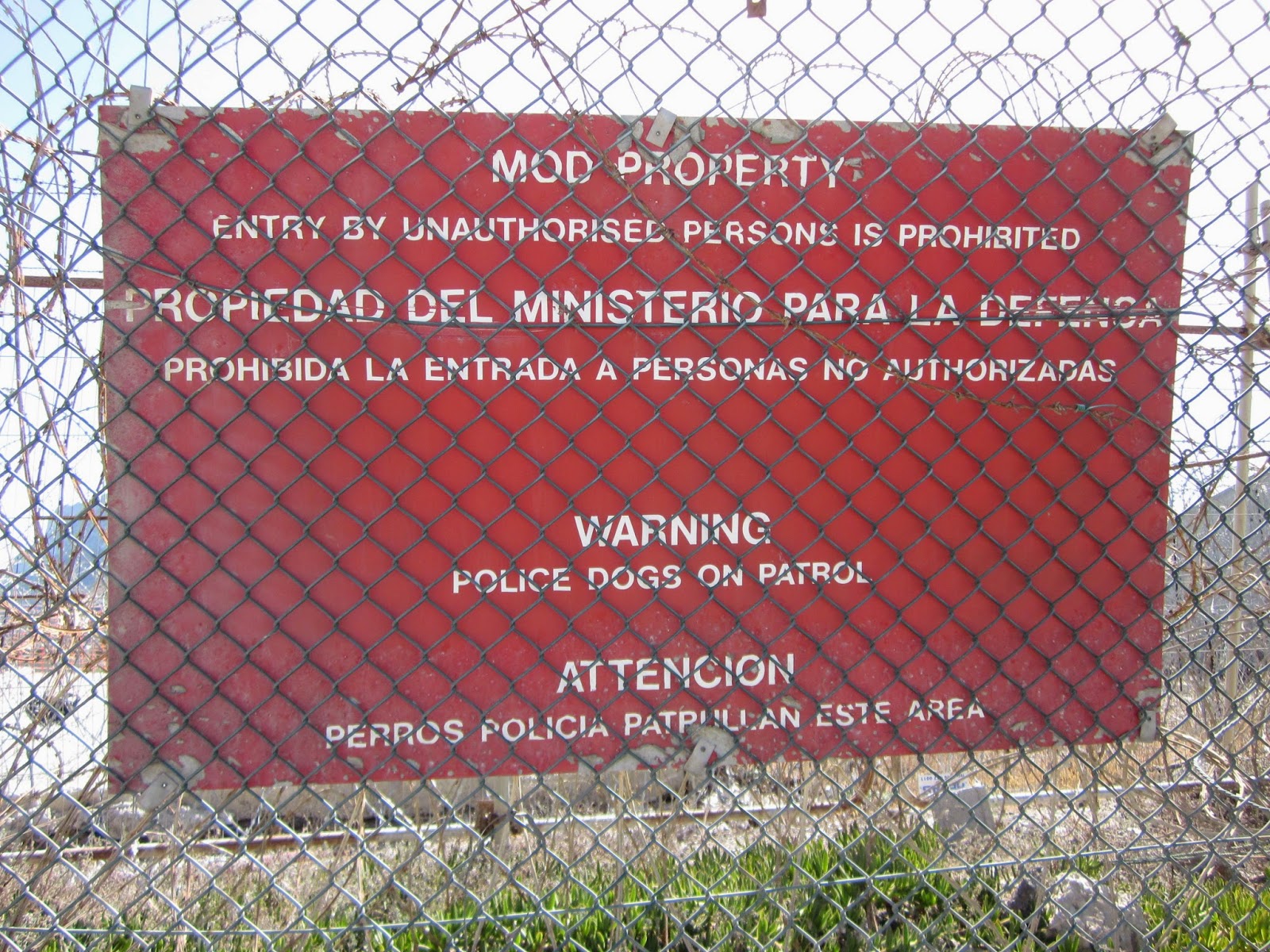 Today, the Ministry of Defense has a little less aggressive approach without the Czech hedgehogs or trenches facing the water. However, an imposing sign can be found by the fence that runs along the Gibraltar-Spanish border. The sign states that the territory behind the fence is Ministry of Defense property and that there are police dogs on patrol. 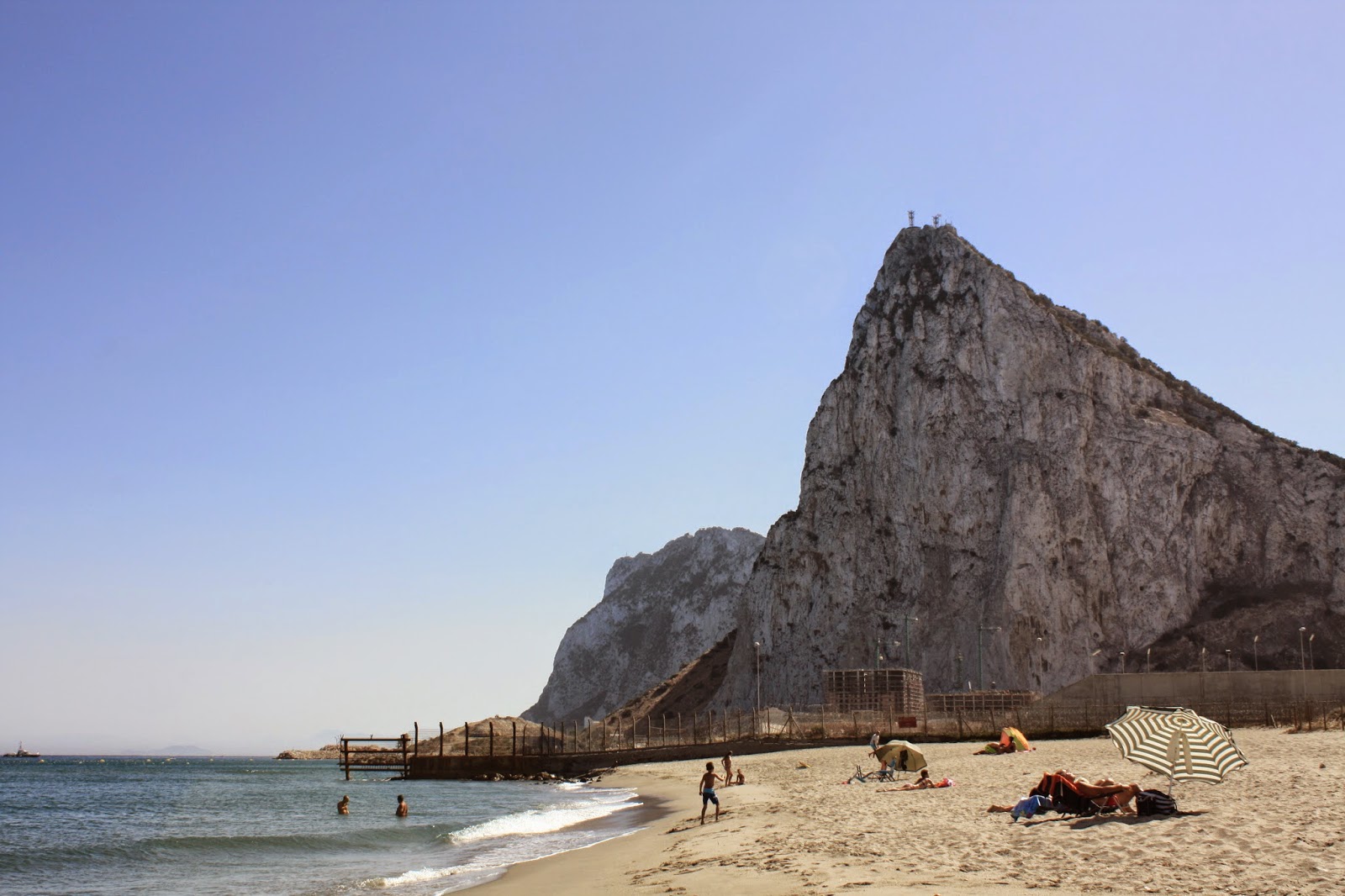 The best view over the northern peak is from the beach on the Spanish side in the town of La Linea de la Conceptión. You should spend a few hours on this beach and enjoy this location. When you get close to the border you realise that the area still is the property of the Ministry of Defense and that they do not take kindly to uninvited visitors from Spain. 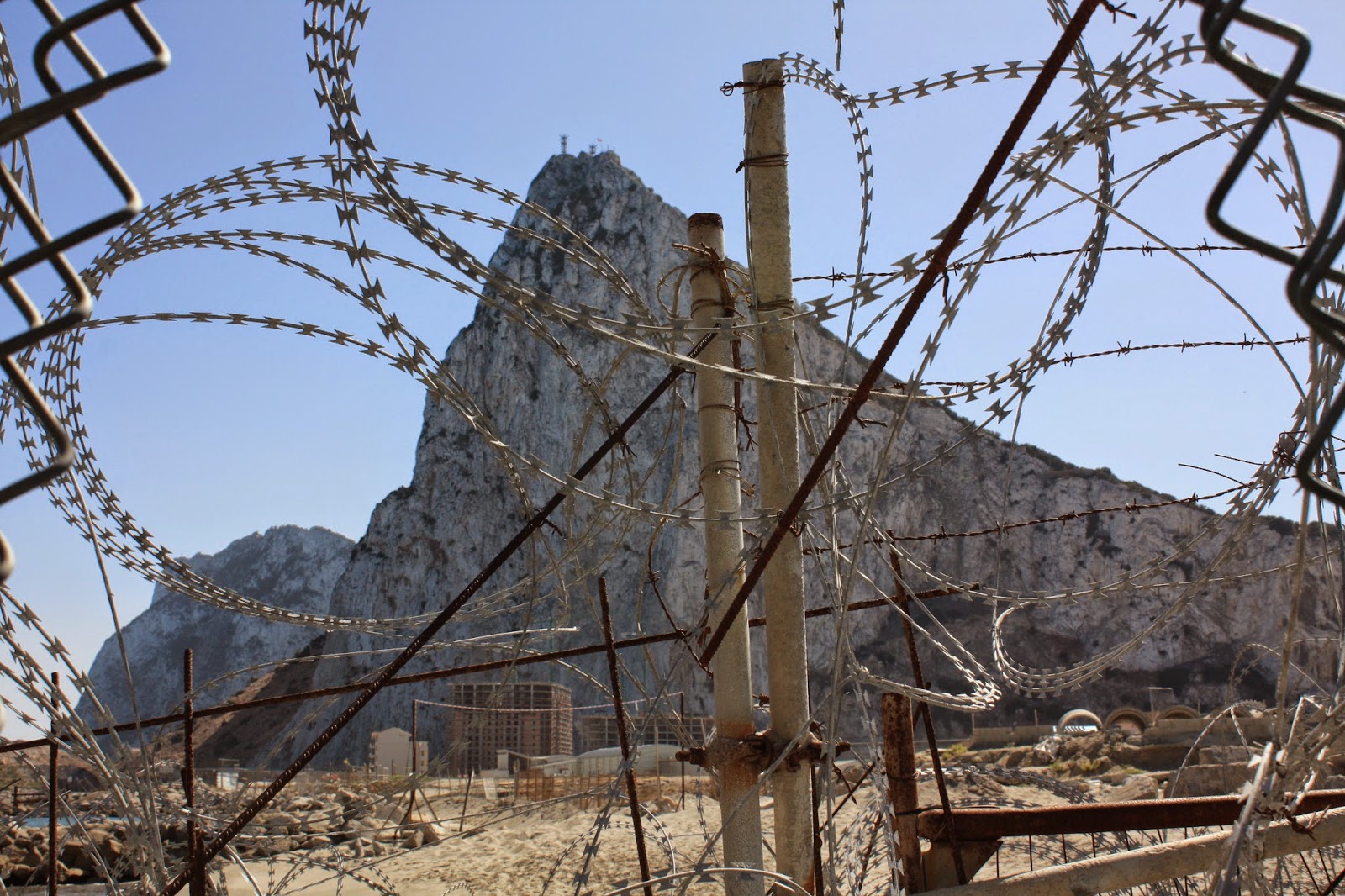 Gibraltar has been a British territory since the 18th century and is definitely worth visiting. Predominantly British in the city, with red phone booths and British pubs it is a part of England right next to Africa and Costa del sol, truly surreal.

The Gibraltar International Airport is one of the most extreme in the world with the runway from the airport that runs over the main road into the city. When an aircraft is landing or taking off, the cars are stopped with red lights on either side, a remarkable sight.
Upplagd av R. Sterling kl. 22:25 No comments: