In Skyfall Bond tracks down the assassin Patrice who has stolen the secret hard drive and escaped in Istanbul. In the film, very little is known about Patrice, but thanks to intelligence from the CIA, Mi6 learns that Patrice will turn up in Shanghai in two days time. Patrice is apparently going to carry out an assassination from a skyscraper in that city. 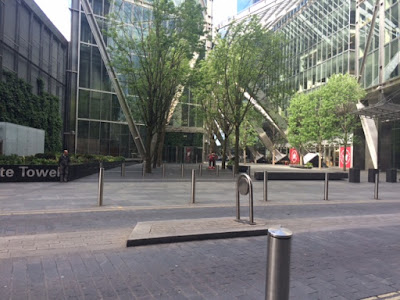 When Patrice arrives at the Shanghai Pudong Airport he takes a taxi downtown, followed by Bond dressed up as a private chauffeur. Even though some car scenes were filmed in Shanghai, none of the principal cast were ever on location in red China. Rather surprisingly, this location can be found in central London, namely 20 Primrose Street. 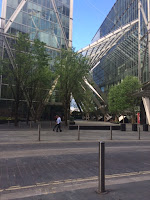 For the exterior shots of the Shanghai skyscraper, the filmmakers used Broadgate Tower, located in the main business district in the City of London. Next to Broadgate, two other skyscrapers were added digitally in the film to make it look more like the densely built city of Shanghai. With its 165 meters, Broadgate is the 12th tallest building in London. It was constructed between 2005 and 2009. The interior scenes from Shanghai airport were actually also filmed in England, at another old Bond location, namely the Royal Ascot racecourse which Bond visited in A View to a Kill. Skyfall is thereby the second film in the Bond series where a racecourse has doubled as an airport. In GoldenEye, the exterior of St Petersburg airport was filmed at Epsom Racecourse in Surrey. 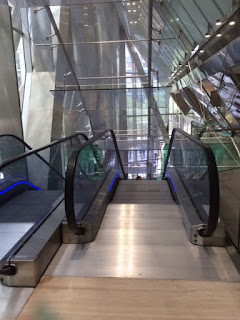 The elevator where Patrice enters and Bond "hangs on" was re-constructed by the filmmakers and cannot be found on location. The rest of the interior scenes in the skyscraper were also shot in studio.

Among the more notable tenants of Broadgate Tower you find reputable law firm Reed Smith LLP. Many thanks to my esteemed colleague on secondment at Reed Smith, senior associate Bità Pourmotamed, for valuable information and the pictures.
Upplagd av R. Sterling kl. 23:58 No comments: 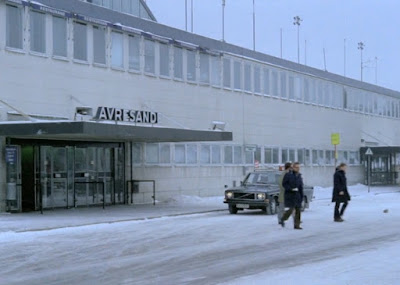 In the 19th episode of The Persuaders! called "The Morning After", Brett wakes up in his suite at Grand Hôtel in Stockholm, covered earlier. He discovers that he has married a woman during what appears to have been a very wet previous night. When Brett takes a flight back to London, he leaves Stockholm from Bromma Airport, Stockholm's city airport. 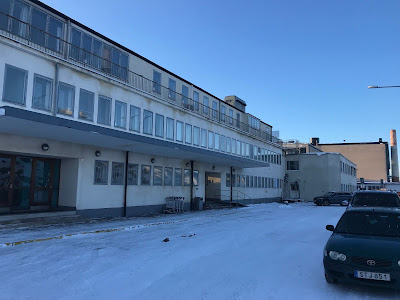 Bromma Airport is located only 7 kilometers from the city centre and is closest to the city compared to all the other commercial airports in Stockholm. It was opened in 1936, by King Gustav V, when Stockholm urgently needed a proper airport and it was the first airport in Europe to have paved runways from the start. During World War II Swedish and British aircraft flew to the United Kingdom from Bromma Airport.


However the runway of Bromma was too short for the jet age and for intercontinental traffic in the 1960's (e.g. DC-8), and the capacity limit of Bromma could be foreseen. Therefore Stockholm Arlanda Airport was built. The flight between Stockholm and London in 1972, at the time of filming of The Persuaders! would most likely have taken off from Arlanda. Even though there are several international flights from Bromma today, there are no flights to London. 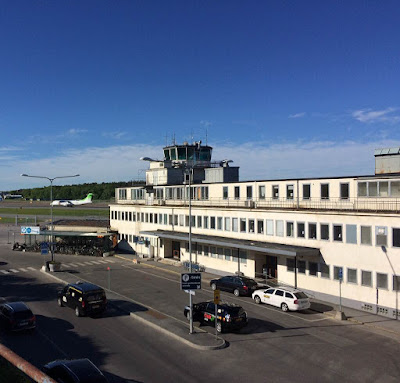 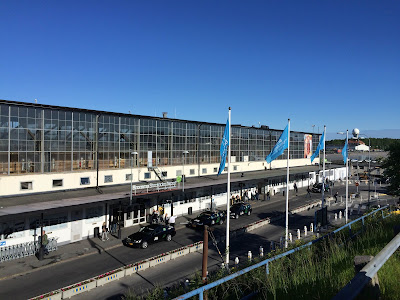 It is unlikely that any of the principle cast ever were in Stockholm for the filming, since neither Sir Roger nor Curtis are seen outdoors. The interior scenes in the episode were most likely shot in Pinewood with a back projection from various Stockholm locations. Interestingly enough, the back projection from the airport shows airplane hangars from Stockholm's largest airport, Arlanda instead of Bromma. A DC-9 airplane from Scandinavian Airlines is briefly seen in the background. 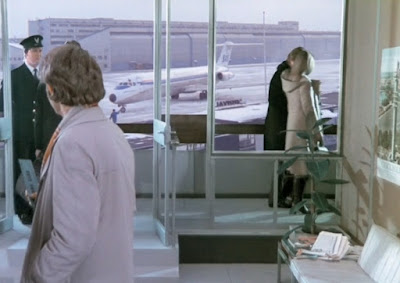 We do not learn which airline Lord Brett is using, although a billboard from SAS is visible in the terminal in one scene as well as the DC-9 from SAS. 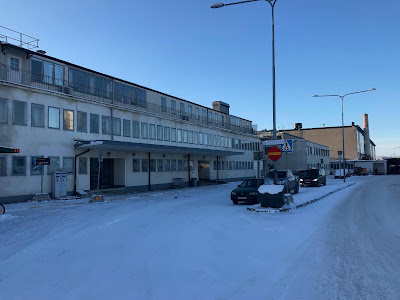 At present there is a political campaign run by the environmental party, presently in power, to close down the airport, although there is a strong resistance against it. Hopefully the airport will remain open for many many years to come, because where else would Lord Sinclair land the next time? 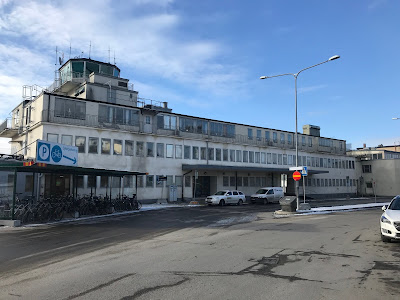 During the car chase in the pre-title sequence of The Living Daylights, an assassin escapes in a Land Rover. While driving down the rock of Gibraltar, the car passes a few famous Gibraltar locations. Early on in the chase, the Land Rover drives through an opening in Charles V Wall. Charles V Wall is a defensive wall built in the 16th century that extends from the South Bastion (lover part of the rock) to the top of the rock, right in the middle between the north and the south top. 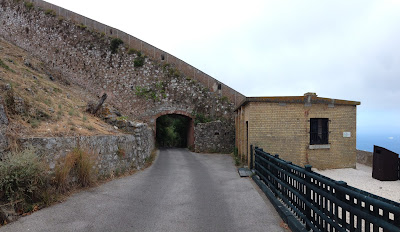 The Land Rover is coming down Charles Vth's Road when it drives through the opening in the wall. This road runs just below Queen's Road and intersects with Signal Station Road further down the rock. 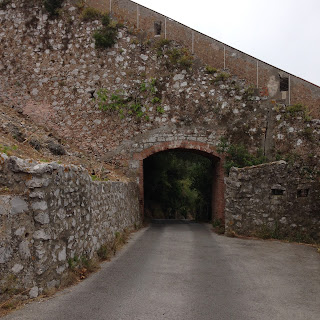 One of the British guards opens fire on the Land Rover and a crate with explosives catches fire. It falls off the car just before it explodes. The box explodes right by another part of Charles V's Wall, this time at the top of the rock. This scene was filmed closed to Douglas Path.

This part of the defensive wall can be found along St Michael Road, near the southern top and is today a feeding place for the apes. It was being renovated at the time of our visit but the location is unmistakable. If you walk in the southern direction from here you will end up at Douglas Path which ultimately leads to the Moorish Outpost, covered earlier.

The entire car chase is cleverly edited to make it seem like it is going down the rock, but in reality, the car is filmed in both upper and lover parts of the rock, as well as on the north and the south top. The part where the ammunition crate explodes is filmed very close to the southern top. 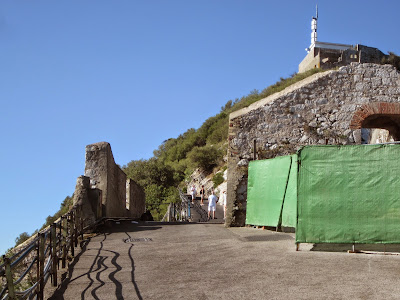 This wall was was actually built in 1540 and strengthened in 1552 by Holy Roman Emperor Charles V and is a well known tourist location in Gibraltar.
Upplagd av R. Sterling kl. 19:40 No comments: