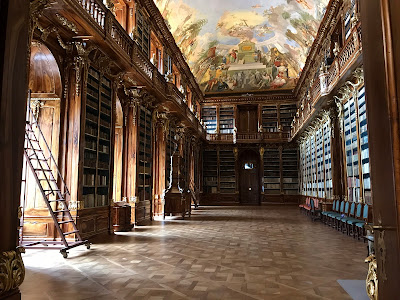 The scene in the film pictures the Parliament and then cuts to the Committee room where M and Villiers are walking out.

"Christ I miss the cold war!"

The library, however, is not located in London, but in a monastery in Prague. The hall where M and Villiers are walking through is called the Philosophical Hall, and can be found at the Strahov Monastery. The monastery was founded in 1143 and the Philosophical Hall dates back to the late 1700's. The entire hall was totally renovated between 2009-2010. 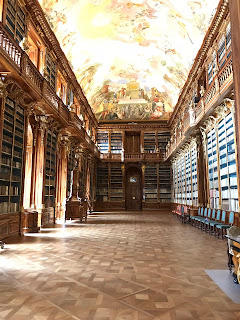 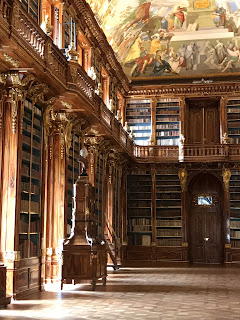 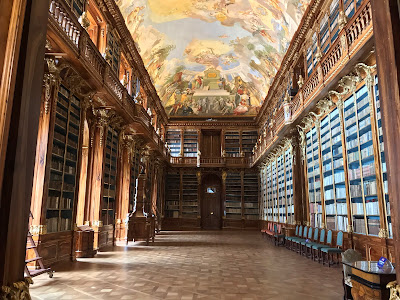 The Philosophical Hall is open for the public, but only through the main entrance. If you want to walk through the halls you need to call ahead and book a tour. Due to the temperature changes only small groups are allowed in the hall a the same time. The film team probably managed to film there due to the fact that the hall were to be renovated a few years later.

In the adjacent room to the Philosophical Hall, a fake wall with the committee room entrance was put up. It is quite obvious that the walls with the red wallpaper are backdrops. Especially when you look through the room in the background.

In the far background you can see a very small part of the the Theological Hall which is another library located parallel to the Philosophical Hall in the monastery.


"I give Bond 00 status and he celebrates by shooting up an embassy! Is the man deranged?!"
Upplagd av R. Sterling kl. 00:02 No comments: