Just before the concert interval in The Living Daylights, Bond and Saunders leave and head across the street to an apartment. Saunders has been informed that a sniper has been assigned to watch over General Koskov and Bond is brought in to make sure that the general's defection over to the west will be safe. They hide behind the hammer and sickle on the balcony on the third floor. 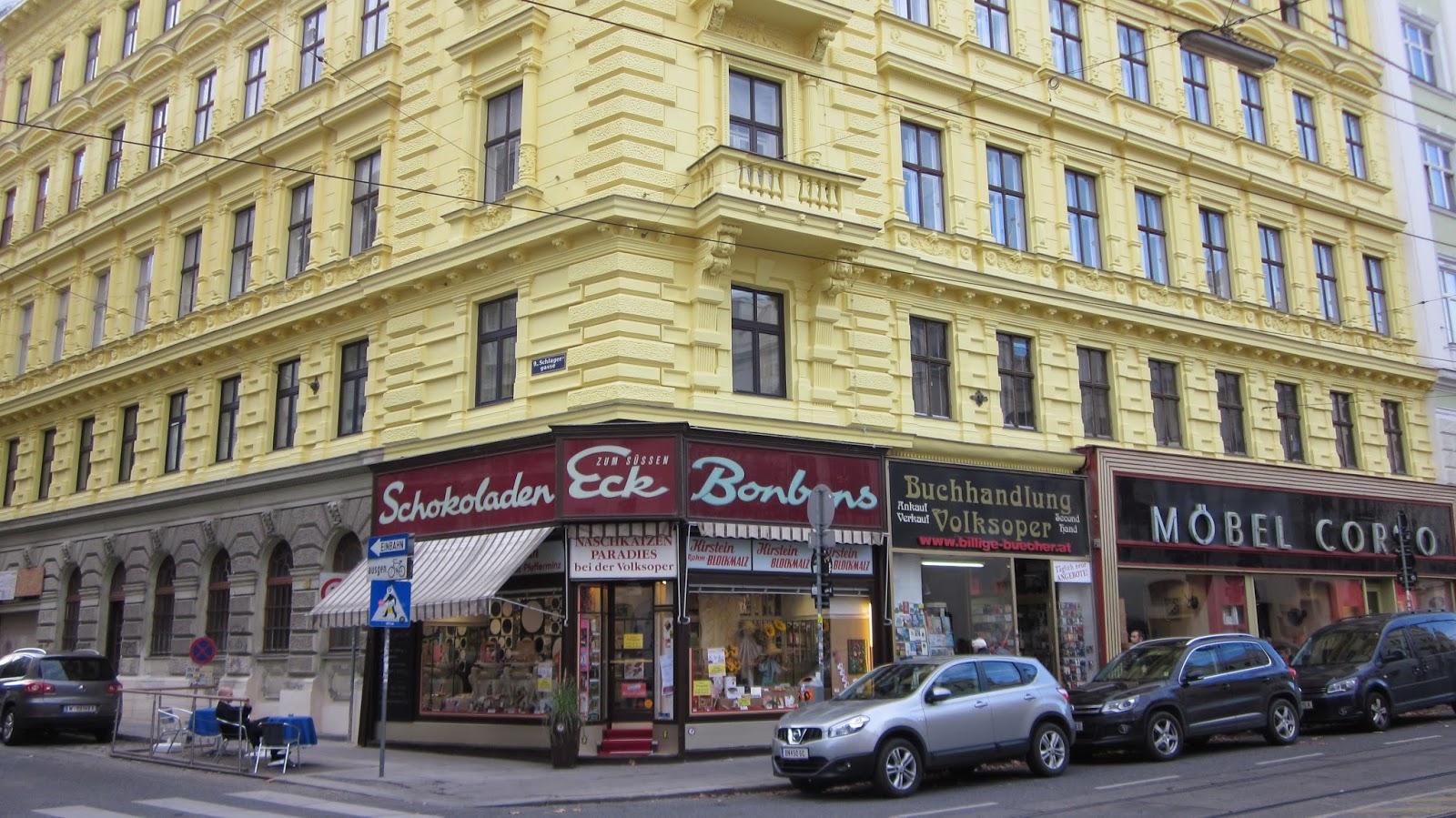 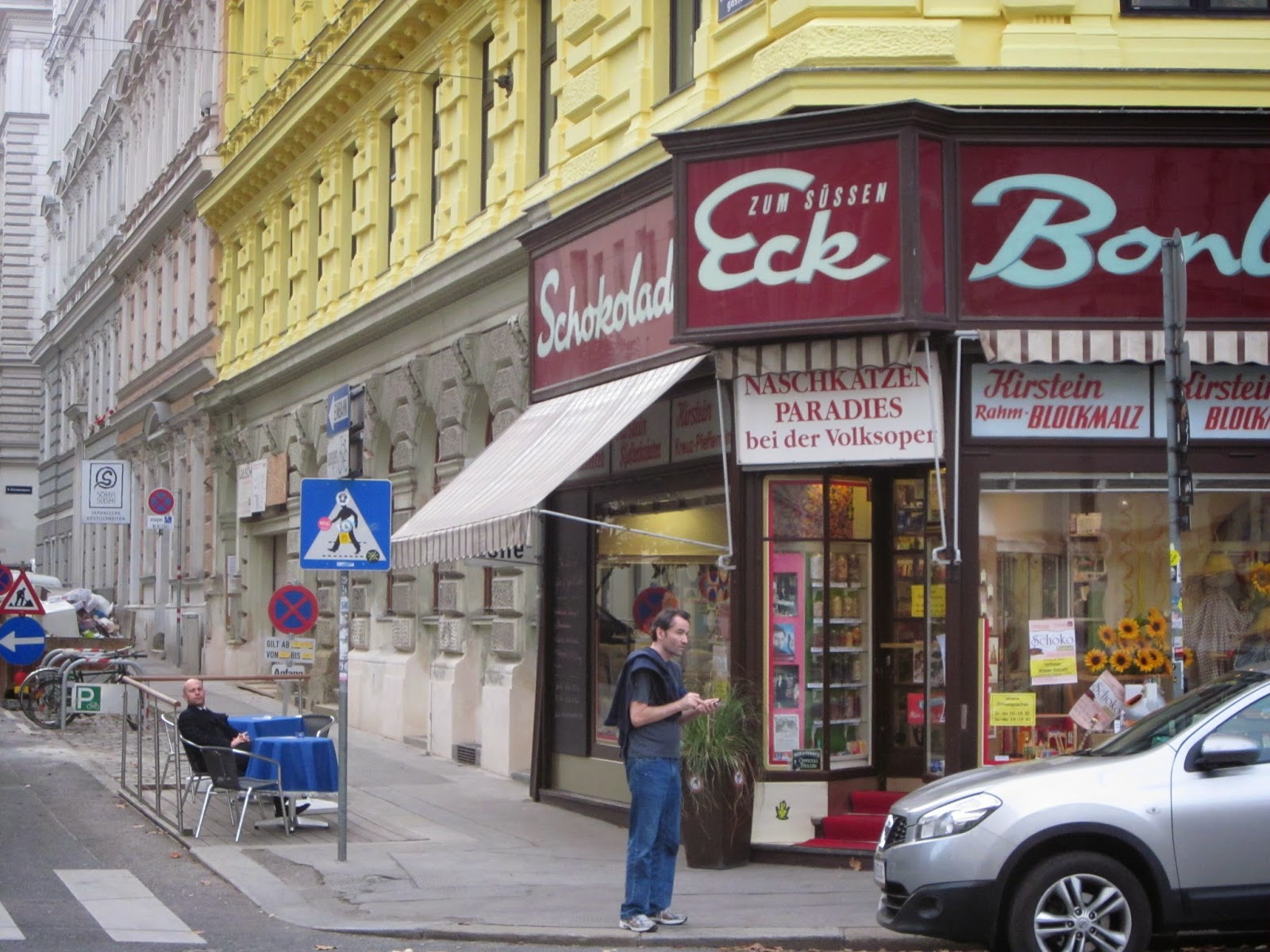 From the balcony Bond and Saunders have a clear view over the conservatoire. Saunders observes the general coming out through the window in the bathroom. In reality this window is located in the cloakroom.

Kara is positioned on the third floor as well, aiming her rifle at Koskov when Bond shoots the rifle out of her hands. 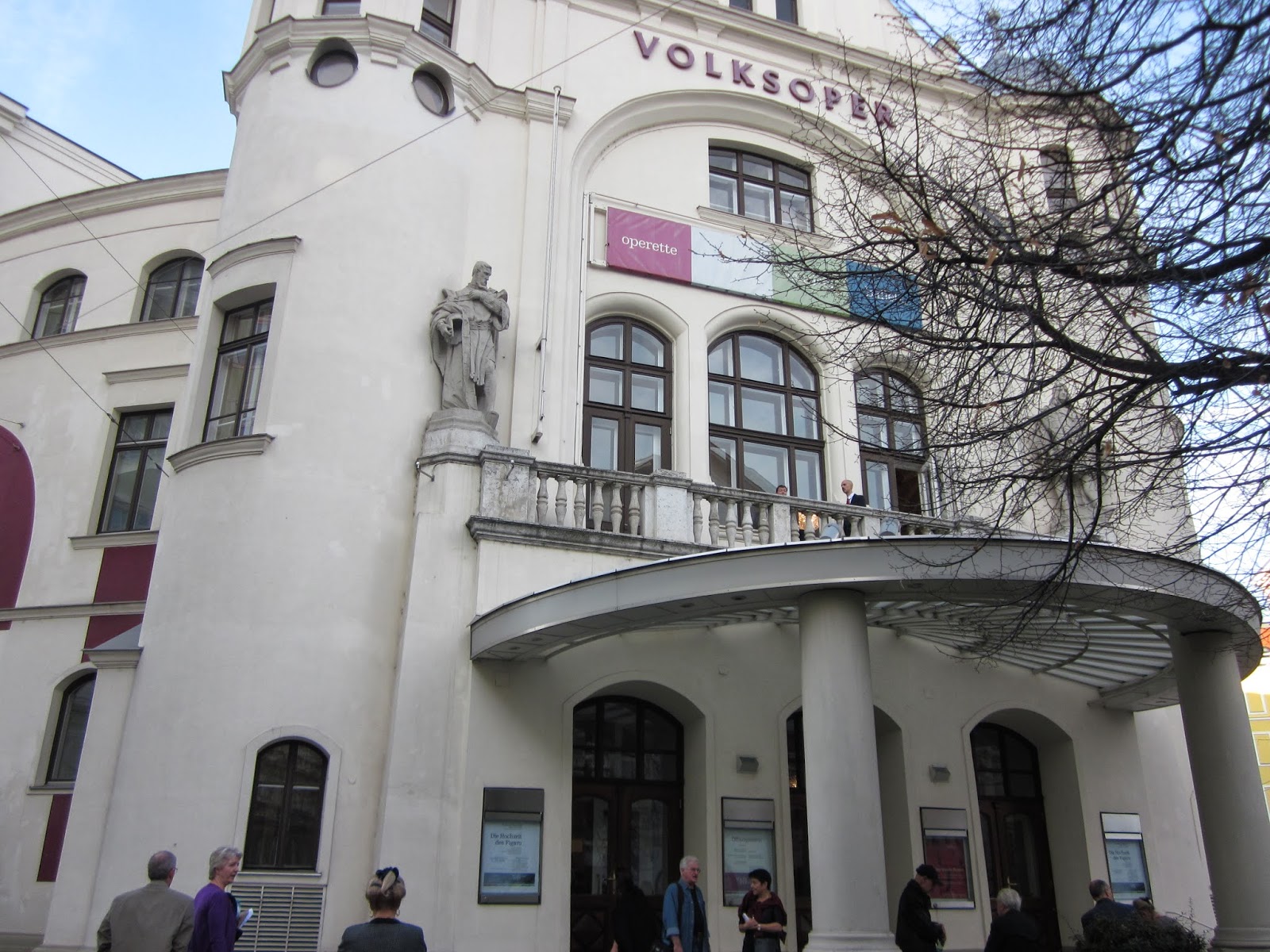 Today the candy shop has a few pictures of Dalton on display in the window, of which two were taken of Dalton inside the shop during filming. 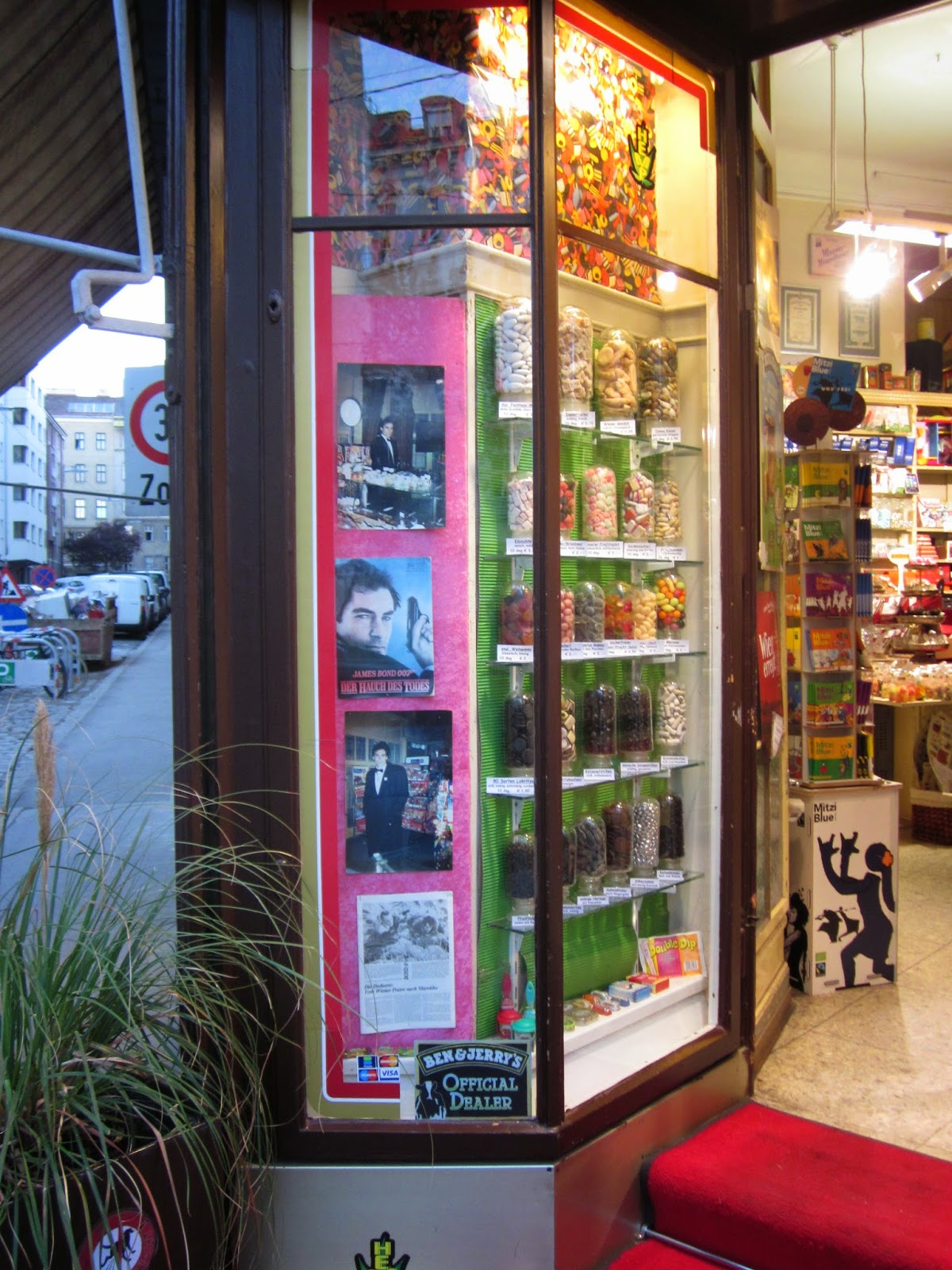 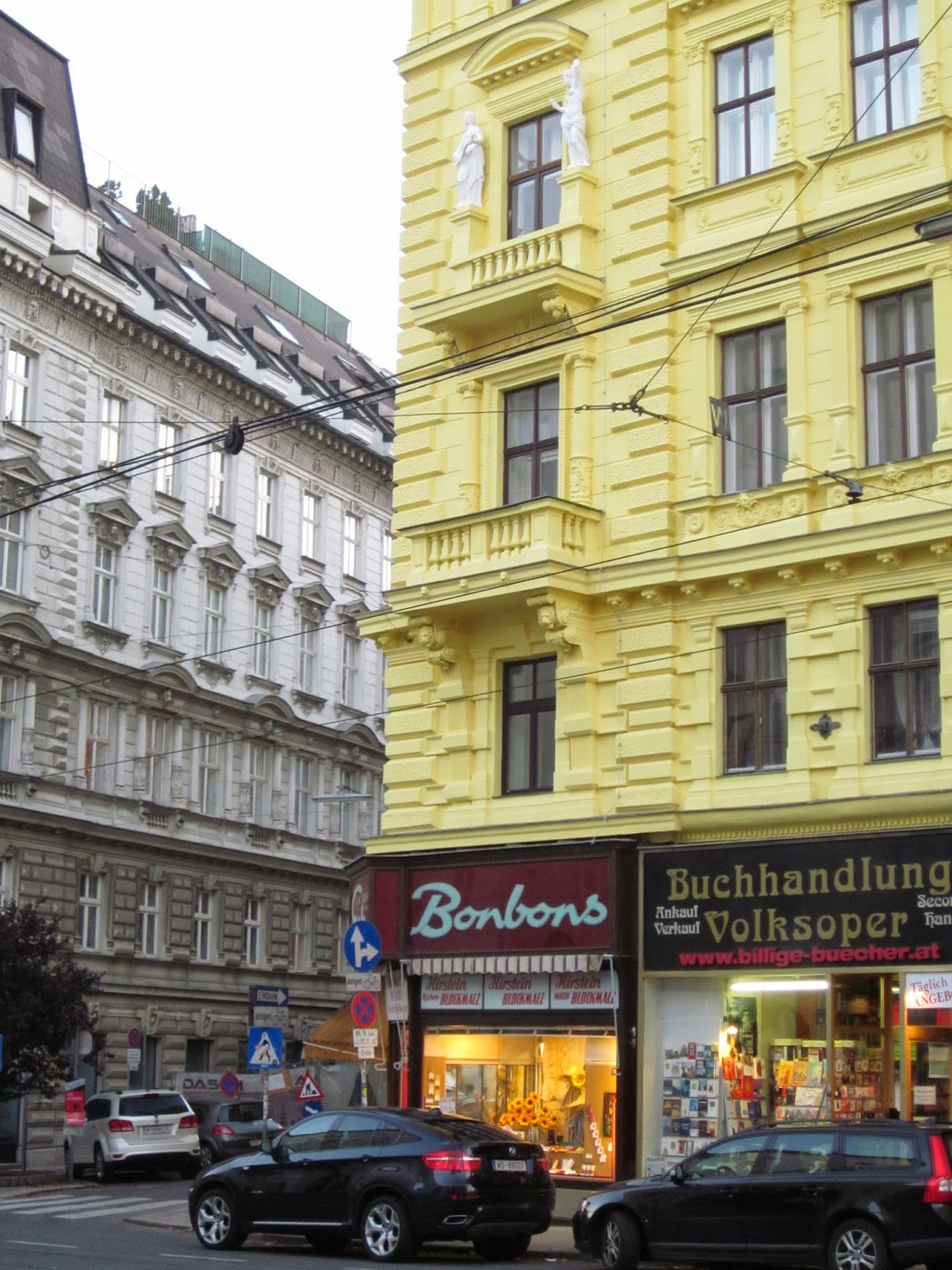 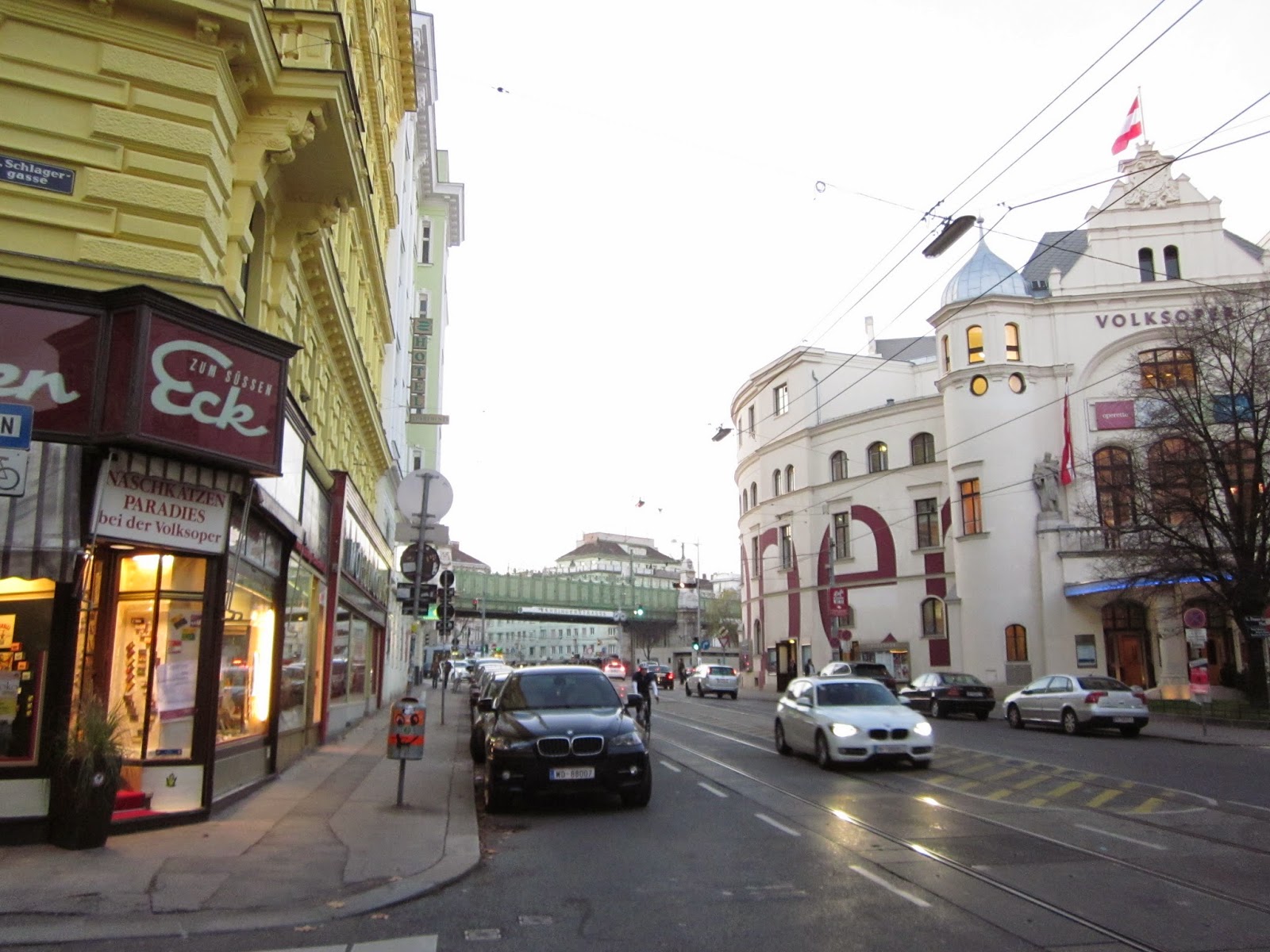 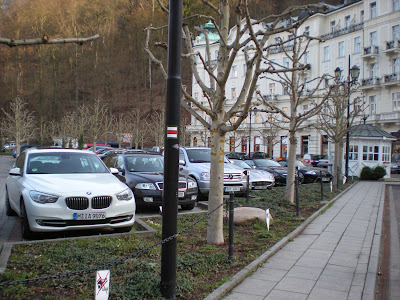 The hotel has the car park guarded for 24 hours a day. It appears that the more dignifying guests get to park their cars along the road and in the "gun barrel" in front of the hotel.
Upplagd av R. Sterling kl. 22:37 No comments:

After attending the opera at the Schönbrunn Schlossteater, Bond and Kara go for a ride in the famous Ferris wheel at the Prater amusement park. Bond has made an appointment with Saunders at the Prater Café and is going to meet him there at midnight. 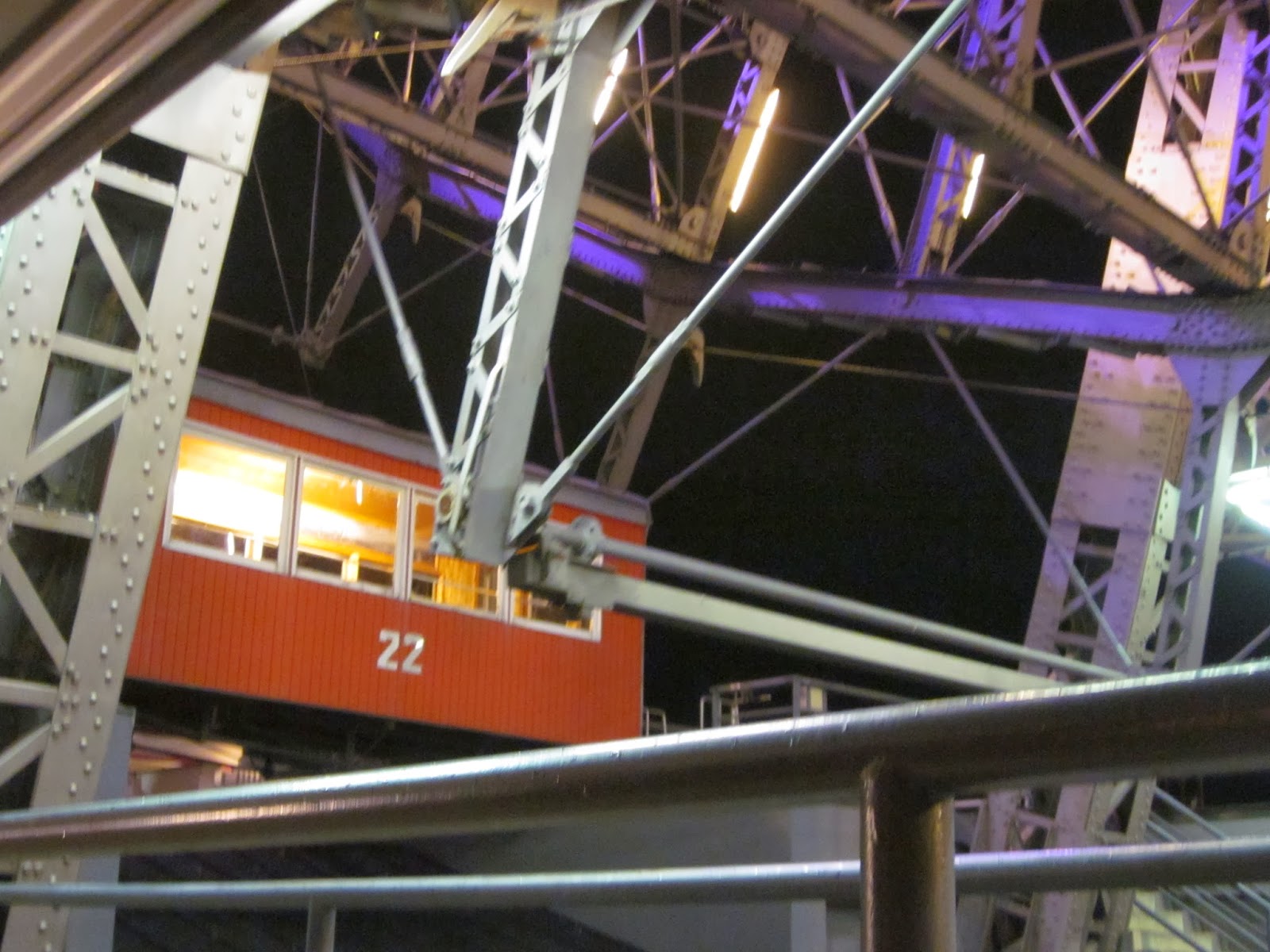 Necros, disguised as a balloon salesman is approaching Saunders as Bond and Kara ascent on the wheel. The Prater Café was constructed in Pinewood and Saunders death was accordingly not filmed on location. This does not stop you however from getting a cup of coffee in one of the many cafes around the wheel. 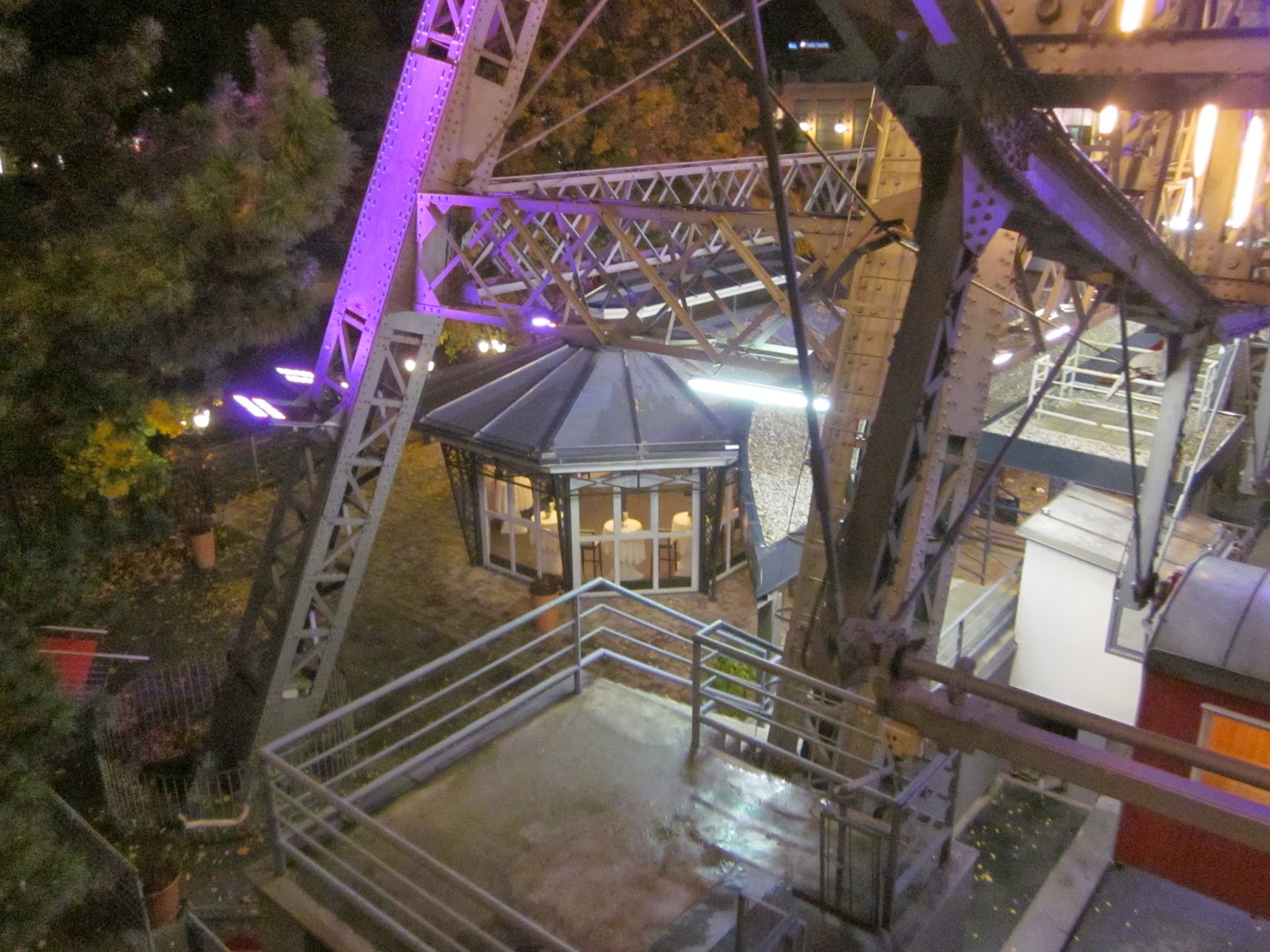 Bond of course uses the time on the wheel to seduce Kara. It would prove to be quite an easy task. They are riding in car no. 10. The lights in the cars cannot be turned off however. The area around the wheel has changed substantially since 1987 and many of the attractions in the park from that time are gone. But assuming the wheel has not changed its position (not very likely) you can still determine where Saunders was positioned when Necros offered him a balloon. 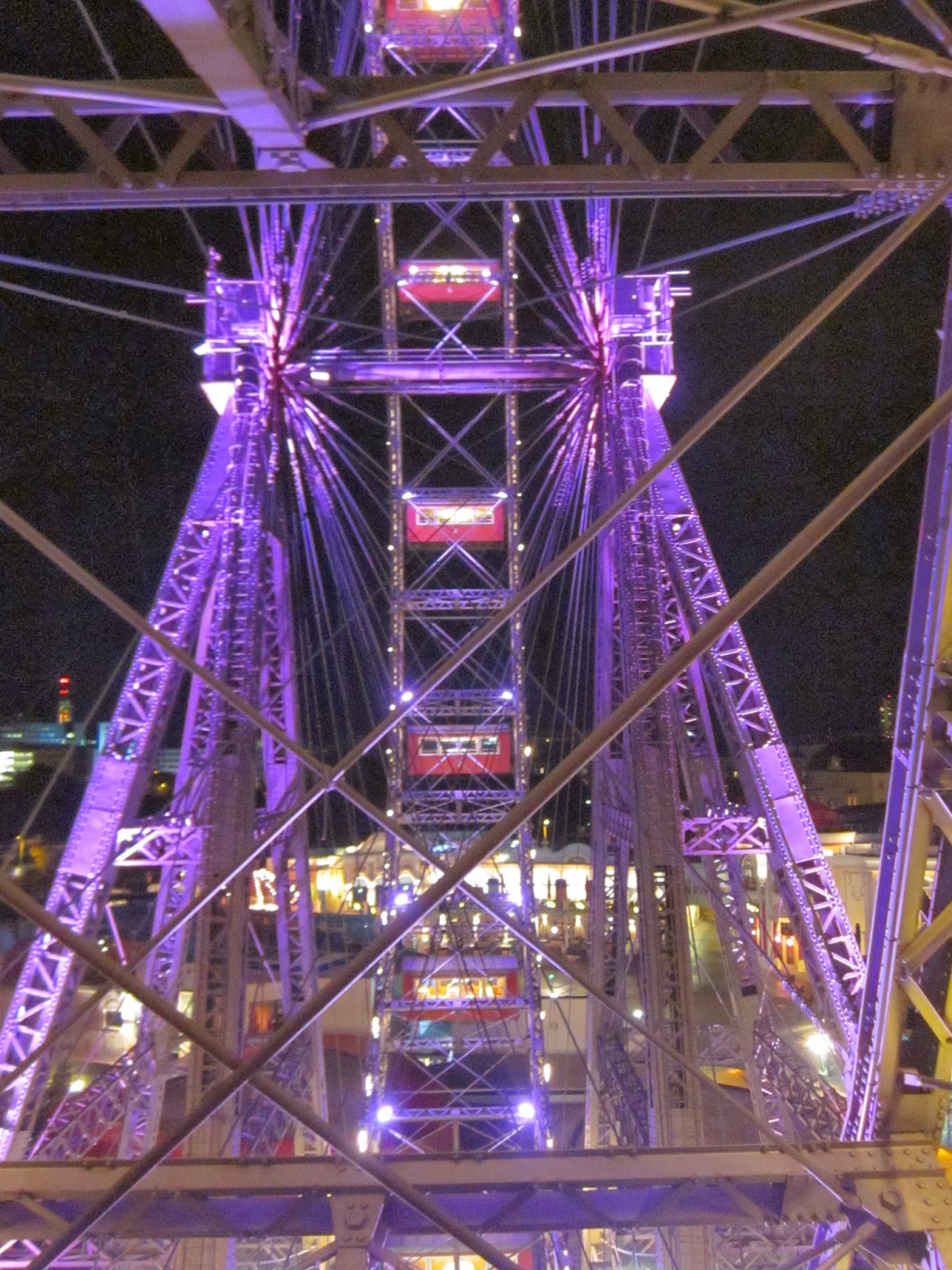 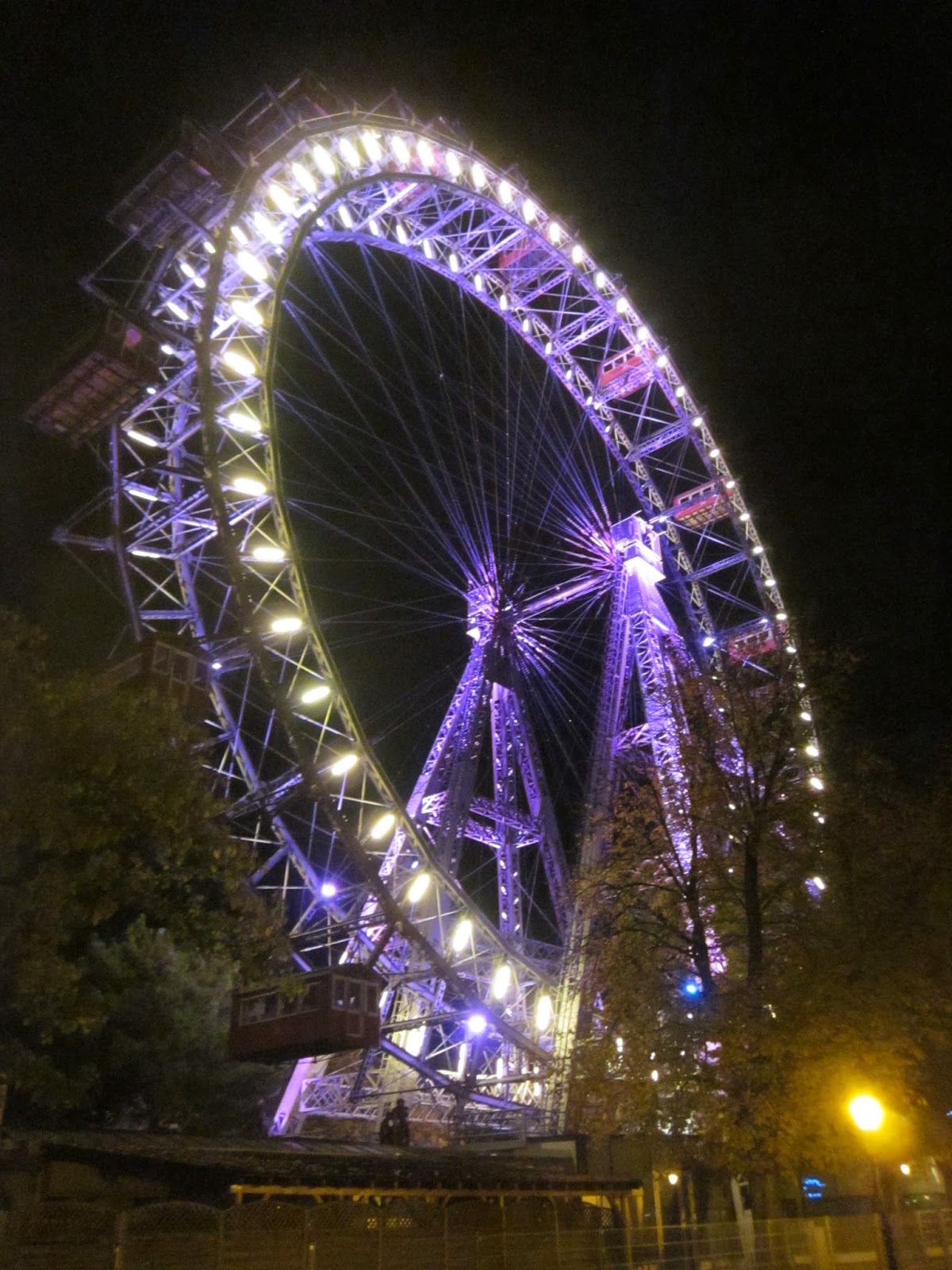 The wheel is seen in various scenes throughout the film. It is also featured in the film The Third Man from 1949, starring Orson Welles. The Prater plays a part in the film, and the line "balloon mein herr?" is taken from that film.

The Wiener Riesenrad, German for giant wheel, was constructed in 1897 in celebration of the golden jubilee of Emperor Franz Joseph I. It was the tallest Ferris wheel in the world between 1920 and 1985 and is still one of the most popular tourist attractions in Vienna. The wheel is located at the entrance of the Wurstelprater park and cost about €10 for one ride. 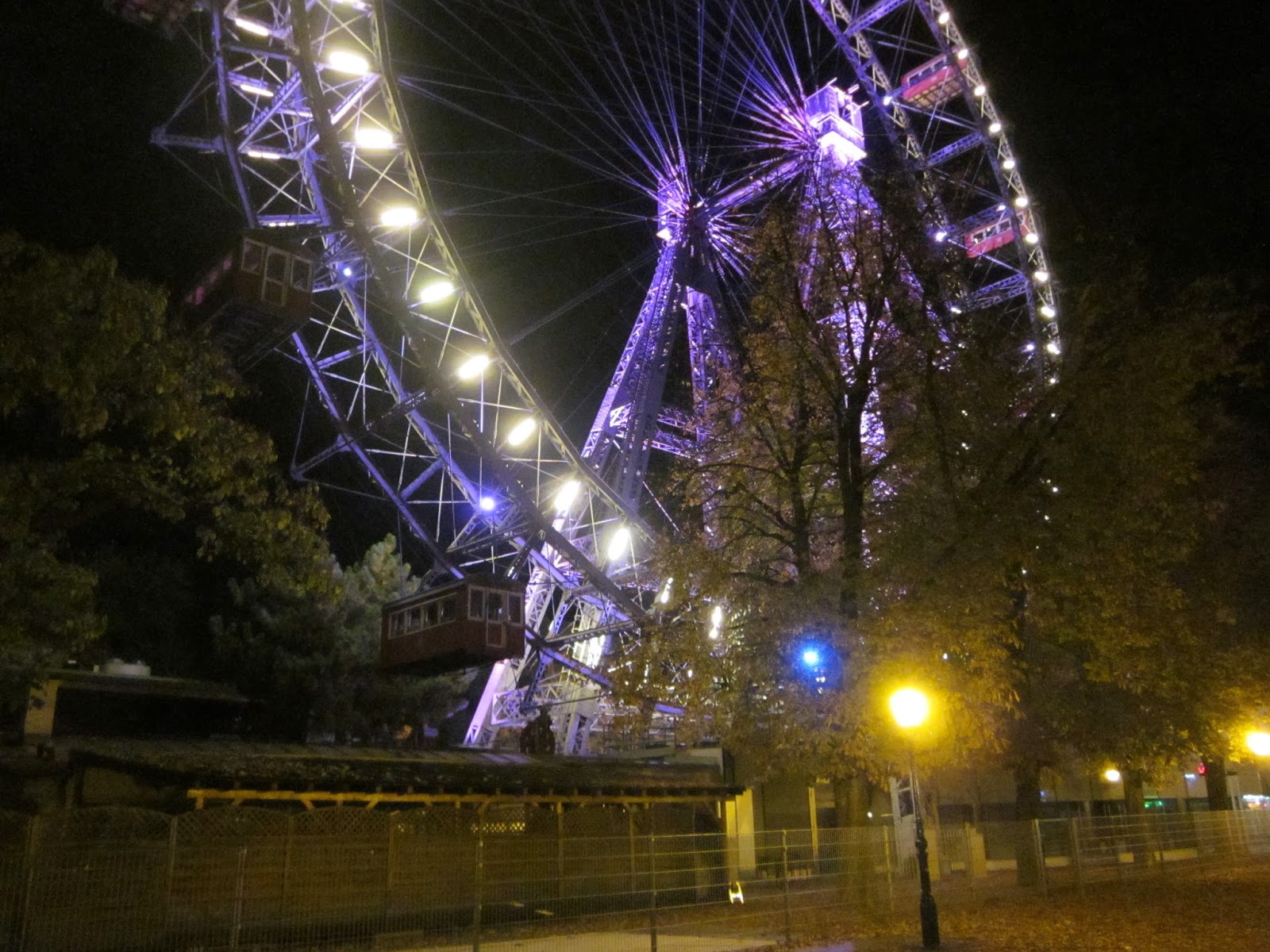 The Prater wheel features rather extensively in The Third Man. This film was an obvious inspiration for Director John Glen and not surprisingly, since The Third Man is considered one of the greatest films of all time. It is shot on location in Vienna, a city still in ruins in 1949. A few other Bond connections include Bernard Lee in one of the roles and Guy Hamilton as the assistant director. The two main characters Joseph Cotten and Orson Welles also go for a ride on the wheel.