In Moonraker when Bond goes to Venice to investigate Hugo Drax. After discovering the secret laboratory, Bond is chased through the glass museum and into a warehouse by Drax's henchman Chang. The fight ends behind a large clock that is supposed to sit on the building that houses the warehouse. 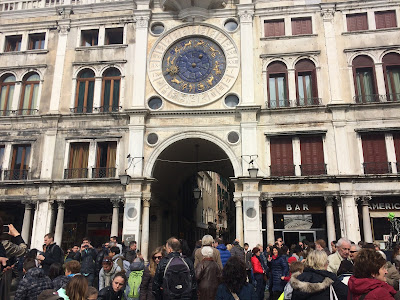 The clock however, is located right on the north side of St Marc's Square, at the entrance to the Merceria, which is the main street of the city. The clock sits on an early renaissance building that dates from the last decade of the 15th century. On a terrace at the very top of the tower are two great bronze figures, which strike the hours on a bell. These figures are also seen in Moonraker in the very first scene in Venice.


Through the lower two floors of the tower runs a monumental archway into the Merceria, which linked the political and religious centre at St Marc's square (the Piazza di San Marco) with the commercial and financial centre (the Rialto). In the film, a band is playing below the clock and a tenor is singing an aria during Bond's fight with Chang. 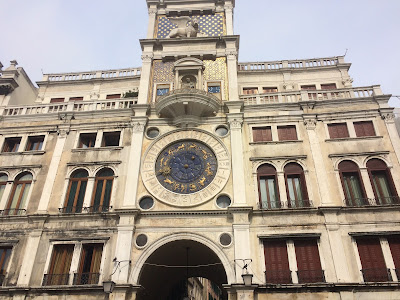 The archway however, is one of the busiest pedestrian passageways to St Marc's square and putting a stage in front of it would be highly unlikely. 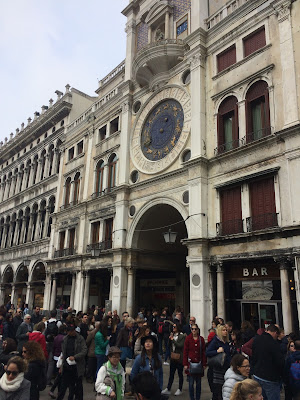 During the fight, Bond throws Chang through the clock, thus destroying one of the famous landmarks in Venice. Chang ends up in the piano on the stage in front of the archway, causing Bond to utter the famous line that actually never was in Casablanca.

The clock appears much larger and higher up in the film, and it is questionable whether a fall from the real clock actually would kill you.
Upplagd av R. Sterling kl. 23:55 No comments: