A central part of the car chase in For Your Eyes Only takes place in and around the village of Pagi in Corfu. As Bond and Melina are driving into the village, they pass one of the old churches in the western part of Pagi, covered here and continue down the road where they pass a few colored houses. 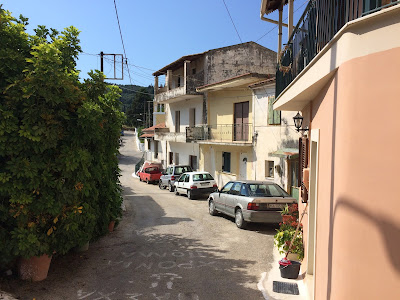 Bond and Melina are driving into Pagi from the north on the road Eparchiaki Odos Arkadades-Agiou Georgiou. This road is actually leading up to the crossing with the "low road", but from the wrong direction. If you continue down this road, you will arrive at the low road, but from the wrong direction. It becomes apparent when you compare the two pictures above that a few of the houses were being built, or at least renovated, at the time of filming. It is the facade of the yellow house in the middle (in the picture above) that has the scaffolding in front of it. 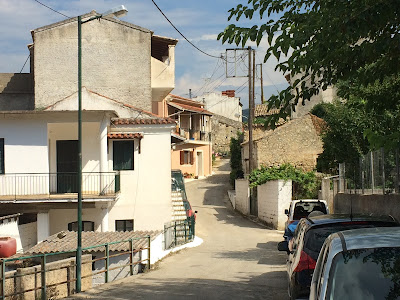 Email ThisBlogThis!Share to TwitterShare to FacebookShare to Pinterest
Etiketter: Corfu - Greece, For Your Eyes Only
Plats: Pagoi 490 83, Grekland

Before flying over Paleokastritsa and arriving at Melina's parents yacht, anchored in Kalami Bay, Gonzales flies the seaplane over Corfu Town and the old fortress in the first scene. An overview of the centre of the town, which today is listed as a UNESCO World Heritage site is briefly visible as Gonzales flies over. 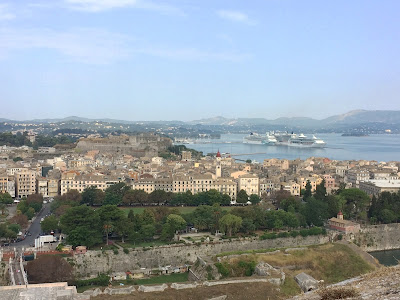 The big open field is the cricket field, a hangover from the British rule which spanned for 50 years during the first half of the 1800's. Corfu still has an official cricket team. 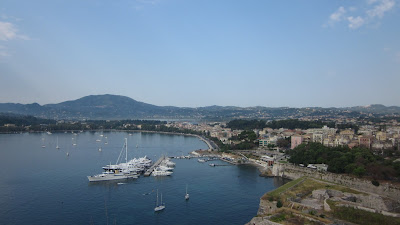 Gonzales' first fly-by over Corfu town sets the scene and the tone of the movie. You immediately feel the warm climate of the Greek islands. 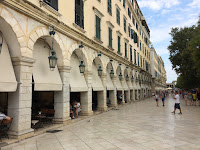 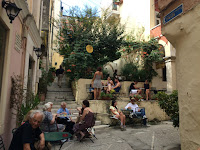 "With that in mind I have already contacted our usual friend in Greece. Da."
- General Gogol, ordering the recovery of the A.T.A.C. transmitter - 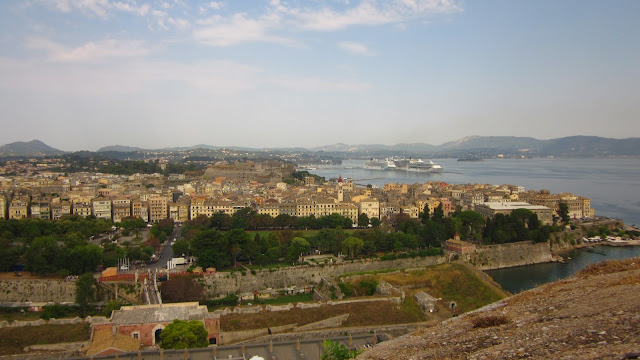 Email ThisBlogThis!Share to TwitterShare to FacebookShare to Pinterest
Etiketter: Corfu - Greece, For Your Eyes Only
Plats: Corfu, Grekland

Tango at the Casino

In Never Say Never Again, Largo hosts a charity ball at the casino in Monte Carlo. Bond attends uninvited and after winning over Largo at a rather stupid video game called "Domination", Bond settles for one dance with Domino instead of the 267,000 dollars he won. Largo observes the dancing couple from the second floor above as Fatima Blush comes up leaning against the balustrade.

"-They move well together don't they?"
-Today you have anothzer chance. Zhis time, you'd better not fail..."
- Blush and Largo - 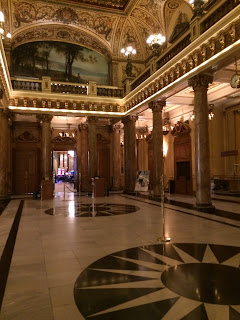 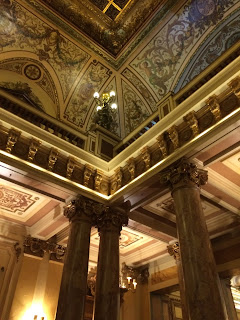 Largo and Blush are standing right above the entrance to the gambling hall, located to the left as you enter the main casino building. The pattern on the floor is very recognisable.

The famous tango scene were filmed in the main entrance hall, just beneath where Largo is watching. Bond and Domino are dancing as the guests are sitting around small tables next to the dance floor. 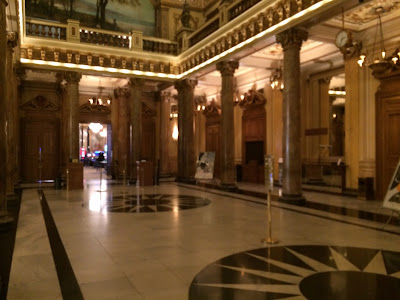 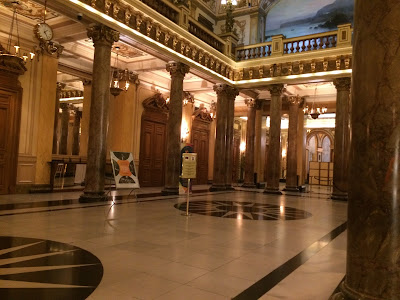 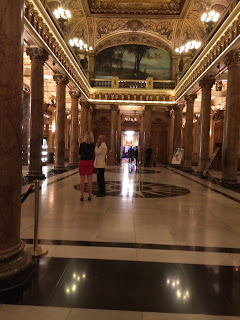