When this is posted, James Bond Locations has reached over one million page views since the blog inaugurations in 2011. This post should perhaps have covered a slightly more celebrated location, but as the summer has arrived, it is time to consider what kind of rental car one should choose for a trip abroad and a reminder of Bond's choice in 2006 felt appropriate.

In Casino Royale, when Bond arrives in Nassau in the Bahamas, he takes a rental car from the airport to the One & Only Ocean Club. On his way to the hotel, located on Paradise Island, he passes a row of houses with colorful rooftops as David Arnold's splendid soundtrack is played in the background. The houses are located on the northern shores of Nassau, at a place called Compass Point. 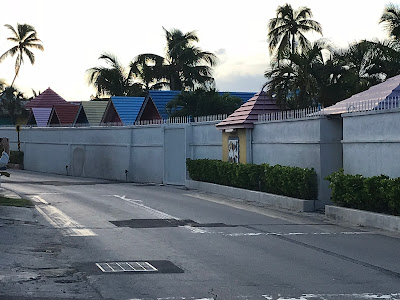 The entire scene is virtually a phone and car commercial, but it is nonetheless a very nice scene and  Bond is guided by the GPS tracking system in his Sony Ericsson phone as he is listening to Radio Bahamas in the car. He ultimately ends up at the One & Only Ocean Club on Paradise Island, located on the other side of the island. 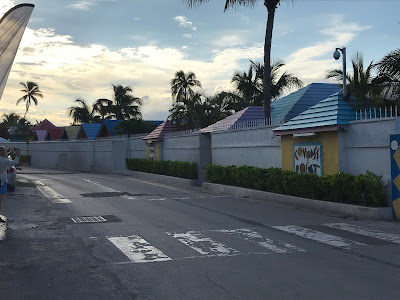 The fact that Bond drives past Compass Point after landing with the sea plane is a factual error, since the airfield where Bond disembarks the seaplane is located on Paradise Island, quite close to the Ocean Club where Bond ultimately is heading, which is illustrated in the map below. Compass Point is a seaside resort.