In Spectre Dr Swan is taking Bond to Tangier in order to show him L'Americain, a secret place pointed out to Bond by Dr Swan's father, Mr White. L'Americain turns out to be a hotel, located in the ancient medina of Tangier. 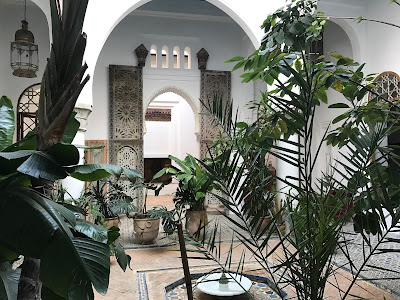 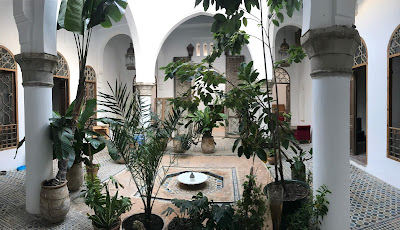 L'Americain is, in fact, an old palace situated on Rue Ibn Abbou (very close to the Kasbah Museum, where the scenes during the Trade Conference in The Living Daylights were filmed). The name is the Palace of Abdeslam Akkaboune. It is a private residence which is currently undergoing some kind of renovation that appears to have been halted. 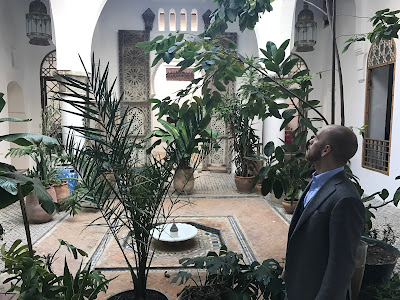 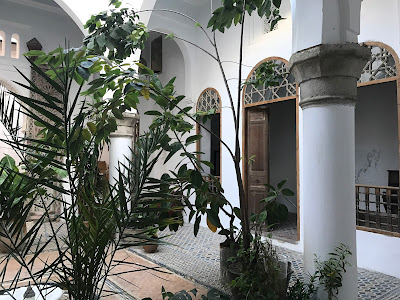 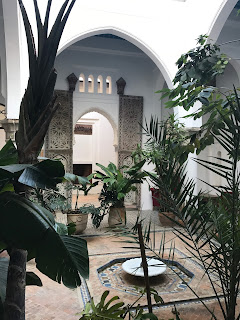 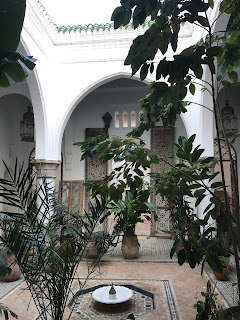 The exterior is an anonymous door located only some fifty/hundred meters from the entrance to the Kasbah museum. I do not know much about the origin of this palace but apparently the Rolling Stones have stayed here sometime in history. 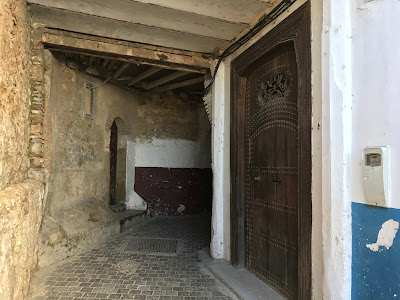 We visited Tangier for a few days over new years eve in 2016. During our visit to the Kasbah and the ancient Medina, we found the location of the entrance to L'Americain. Luckily enough we arrived at the same time as a man who was about to enter the palace. We asked him if we could have a look inside and after calling out to a women inside who answered the door they let us in. This is definitely one of the cooler locations in Tangier (at least in the Kasbah) given that it is still very recognisable and given that the palace is a private residence not accessible to the public. 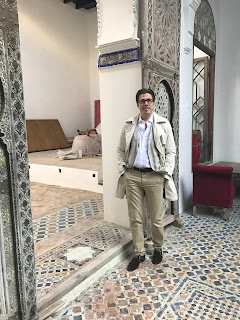