The mystery of Bond's shaving kit Skyfall seems to have been solved by two dedicated Bond fans as was reported by Jamesbondlifestyle earlier this month. Identification was made possible thanks to a prop display at the Omega boutique on Regent Street in London. The two then managed to track down the different accessories from different shaving boutiques. The research appears to be quite extensive.

Pictures and the full article on the Skyfall shaving set can be read at the James Bond lifestyle website.
The choice of Eucris fragrance in Skyfall, which was the 50th anniversary film, was probably deliberate by the filmmakers since Eucris is mentioned by Ian Fleming in his novel 'On Her Majesty's Secret Service' in 1963.
Upplagd av R. Sterling kl. 22:14 No comments:

Email ThisBlogThis!Share to TwitterShare to FacebookShare to Pinterest
Etiketter: Skyfall 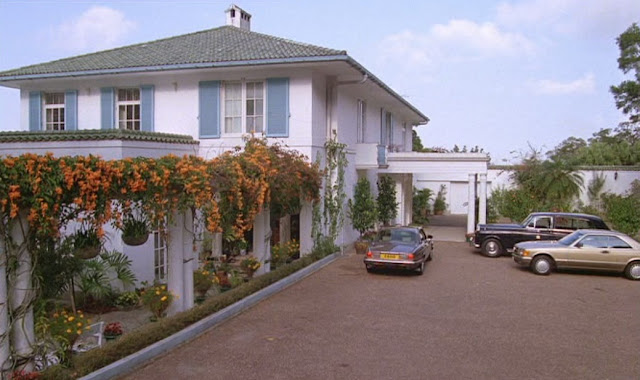 In Noble House, the Tai Pan, played by Pierce Brosnan, is living in a grand house up on the Peak, the most expensive land in Hong Kong. Several scenes take place in and around the house, including the big party and a few of the final scenes when Quillan Gornt comes to see the Tai Pan in the early morning before the stock exchange opens. The house is called Victoria House and is located on one of the most prestigious addresses in Hong Kong.

The house is located at 15 Barker Road on The Peak. During the British rule of Hong Kong, this house was the official residence of the British Chief Secretary. The position was called "Colonial Secretary" up until 1976 when it was renamed Chief Secretary. As Noble House was filmed in 1988 one can imagine that it was quite easy for the film team to borrow the house for the filming. 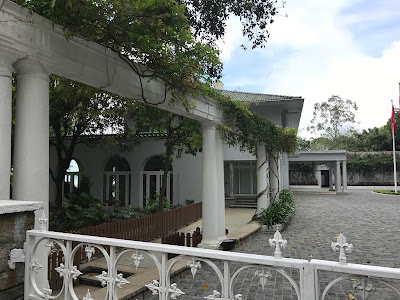 Since the handover in 1997 the house has been the official residence of The Chief Secretary for Administration, commonly known as the Chief Secretary of Hong Kong. The position currently held by The Honourable Matthew Cheung since since 16 January 2017. The house is, naturally, not open to the public. 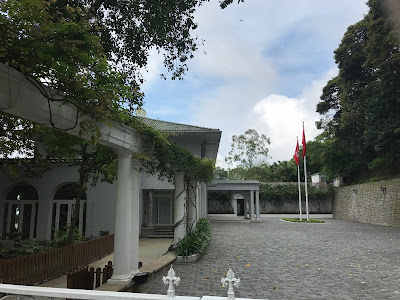 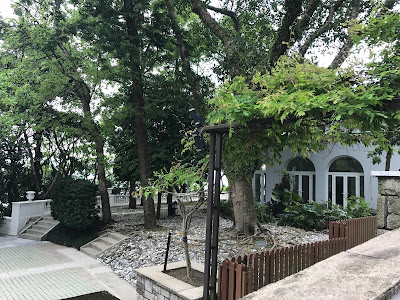 A very nice way of getting to the house is by walking up the 'Central Green Trail', which is a nice walking path from Central in Hong Kong, all the way up to the Peak. The trail ends right below Victoria House and on your way up you will get spectacular views of the Hong Kong skyline as seen below. 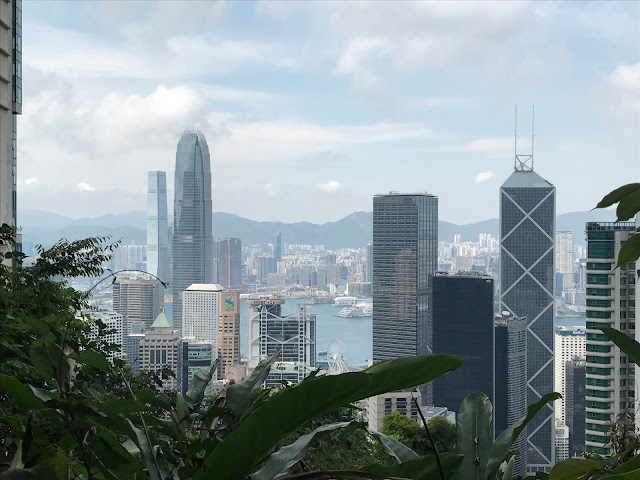 After escaping Bond through the construction site, Mollaka ends up at the Nambutu Embassy in Madagascar. 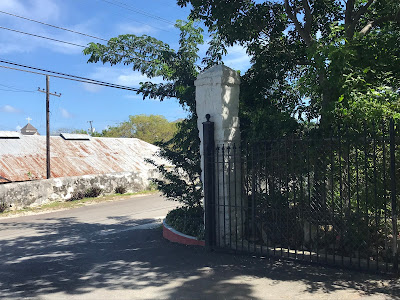 Even the scene where Mollaka runs up to the guards by the entrance gate was filmed on the same location as the rest of the exterior of the embassy action, namely at the John Watling's rum destillery, in Nassau, Bahamas. Formerly known as the Buena Vista estate in central Nassau. 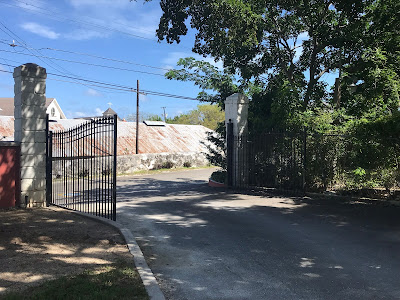 The entrance gate to the Buena Vista estate is located on Delancy Street, only a few hundred meters from downtown Nassau. The gate posts are still the same as in the film even though most of the estate has been renovated and is no longer recognisable. The trees seen in the film in front of the embassy building however, can still be found on location. 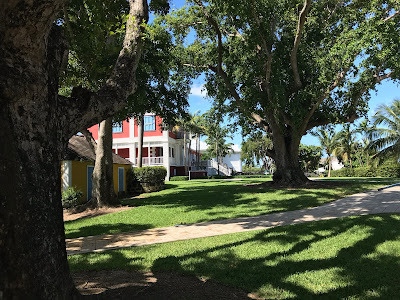 In Never Say Never Again Bond travels to the Bahamas to find Maximilian Largo, who Bond believes have stolen the nuclear missiles from NATO. Bond is having a Vodka Martini in the beach bar at his hotel when he notices Fatima Blush who is water-skiing in the harbour. The bar was located at the same hotel where Bond also is staying in the film - the British Colonial Hotel - near Nassau Harbour. The bar used in the film was part of the British Colonial Hotel until 1999 when it supposedly was destroyed in a hurricane. The hotel is located on the only private beach in Nassau, on the site of the Old Fort of Nassau. The present hotel building was built in 1924 on the location of the former Old Fort of Nassau which had been built to protect the western entrance to Nassau Harbour. 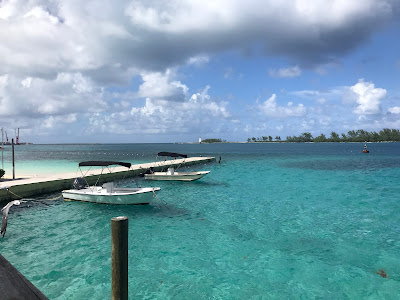 The pier where the bar was located can still be found on location. According to some sources, the pier and the bar was built for the film and was then kept by the hotel. I have not yet found confirmation for this information. 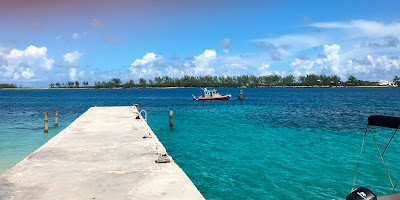 The long house which is seen through the bar, behind Bond in the picture above, is still part of the hotel and can be found on location today. 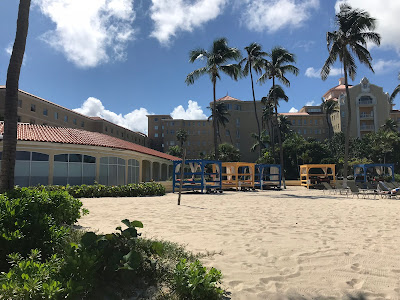 The footage in Never is uninspiring and not even Nassau looks exotic or colorful in the film. The film itself is a rush job and one of the few favourable things about the film is the casting of Barbara Carrera as Fatima Blush, the Spectre agent number 12. Blush is water-skiing in Nassau Harbour and then skis up on a ramp into the arms of Bond.

The British Colonial Hotel - today known as the British Colonial Hilton Hotel has sadly lost its former glory and is not something that Bond would stay at today. Of course we know that he rather chooses The One and Only Ocean Club when in the Bahamas. However, the hotel has a long history and has been an important institution in Nassau described as "the most elegant and most expensive hotel in town". 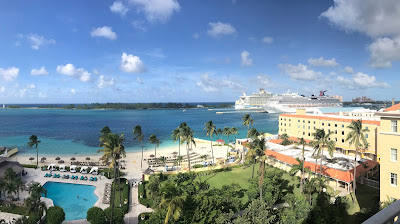