Today, Monday 24th of February, is a special day that marks the addition of Noble House to the blog. In 1988 Pierce Brosnan starred in a TV miniseries based on a novel by James Clavell called Noble House. The original story is set to take place in Hong Kong in 1963 but the storyline in the television series has been updated to the late 1980's. Brosnan portrays the main character Ian Dunross Struan, who is Tai Pan (supreme leader) of Struan's, the biggest and oldest of the British East Asia trading companies in Hong Kong. The most powerful company in Hong Kong is called the "Noble House", a title that Struan's has possessed for decades. The evil Quillan Gornt, head of the company Rothwell-Gornt, is trying to destroy Struan's in order to become the Noble House. 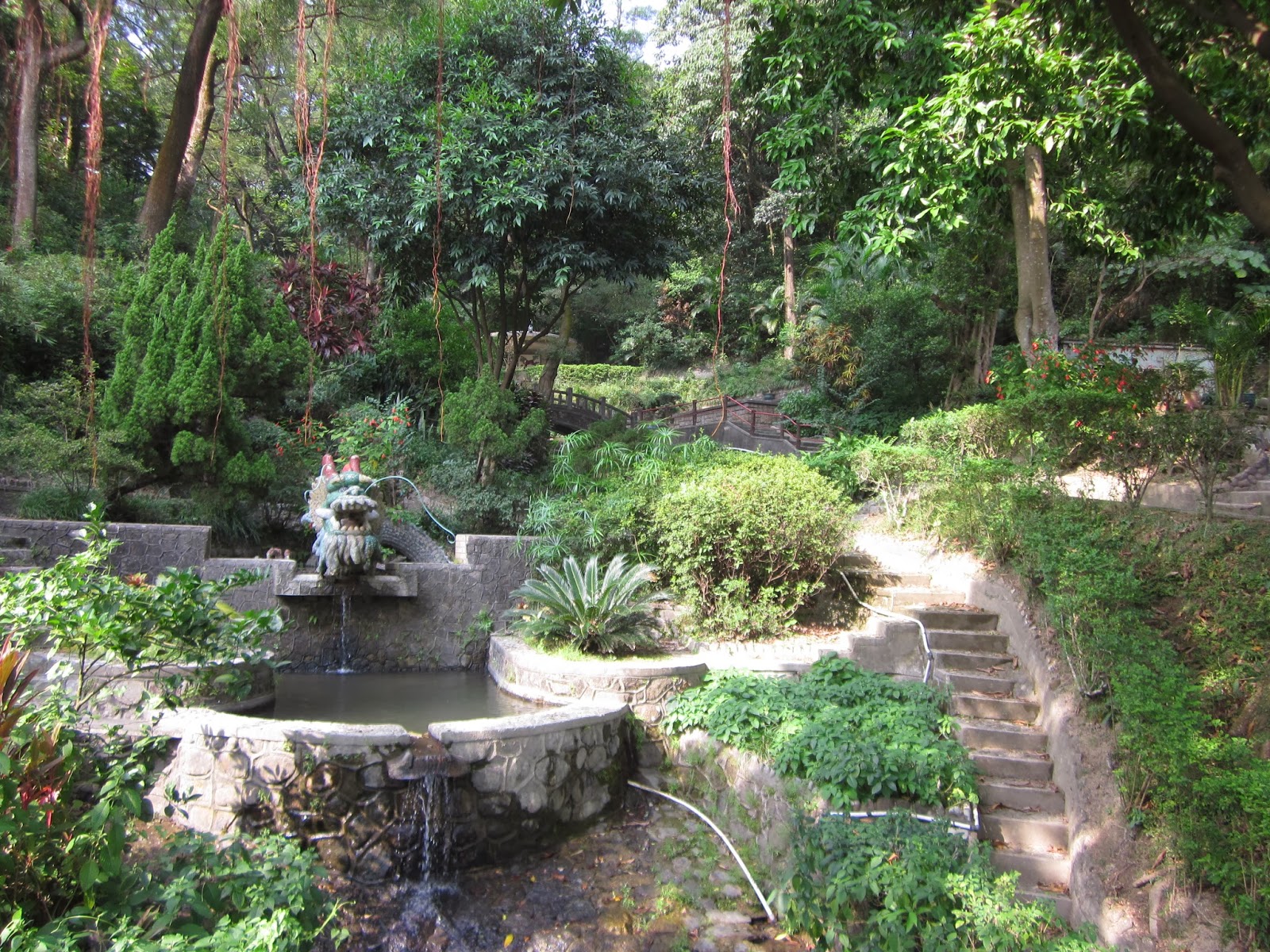 A lot of old Bond locations appear in the series and besides Mr Bond himself, a few familiar faces from the Bond series have leading roles. The most distinctive Bond location seen in Noble House is The Dragon Garden in Hong Kong. Starting with this post I will cover a few of the Hong Kong and Macau locations from the series. 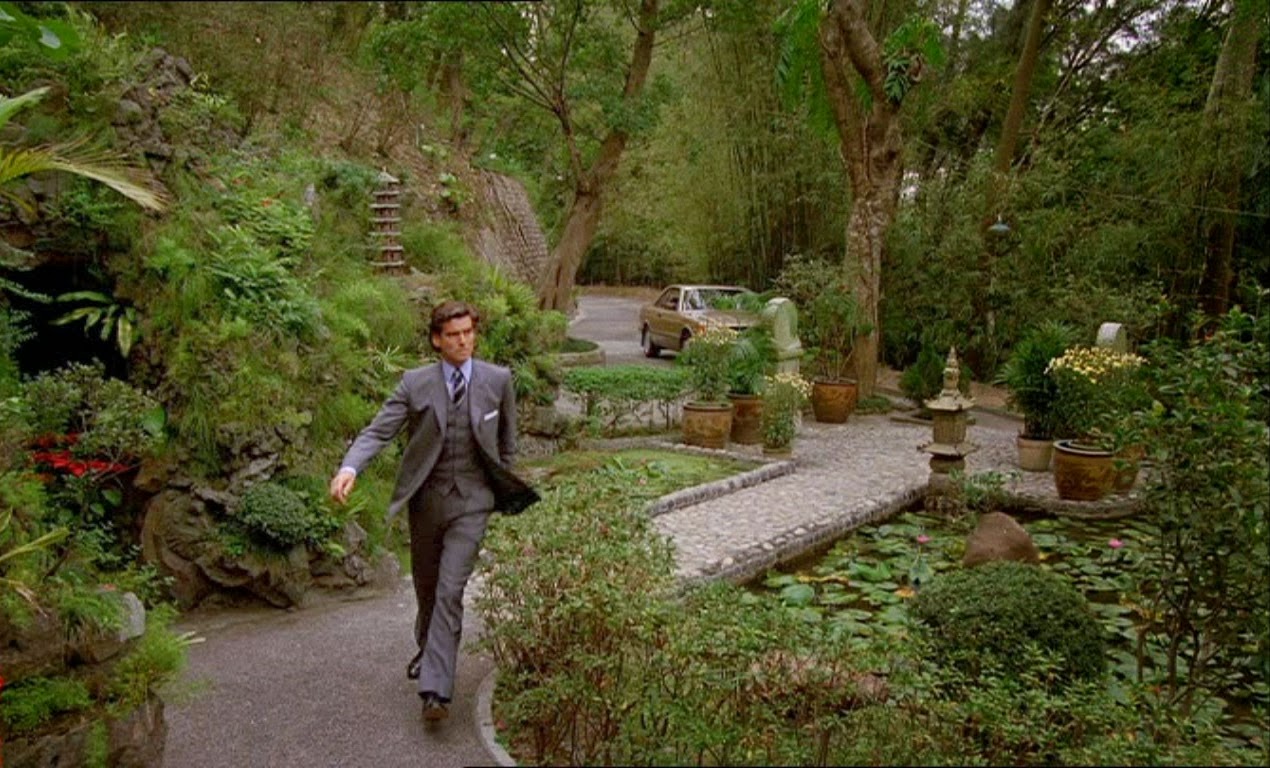 When John Chen is kidnapped and Dunross is summoned to Philip Chen's house he walks through Chen's garden. The location is immediately recognisable from The Man With the Golden Gun where the Dragon Garden was the estate belonging to the villain Hai Fat (supposedly located in Bangkok). Some interior scenes were also filmed on location in Noble House and Chen's living room is probably the same room as where the killing of Hai Fat was filmed in Golden Gun. 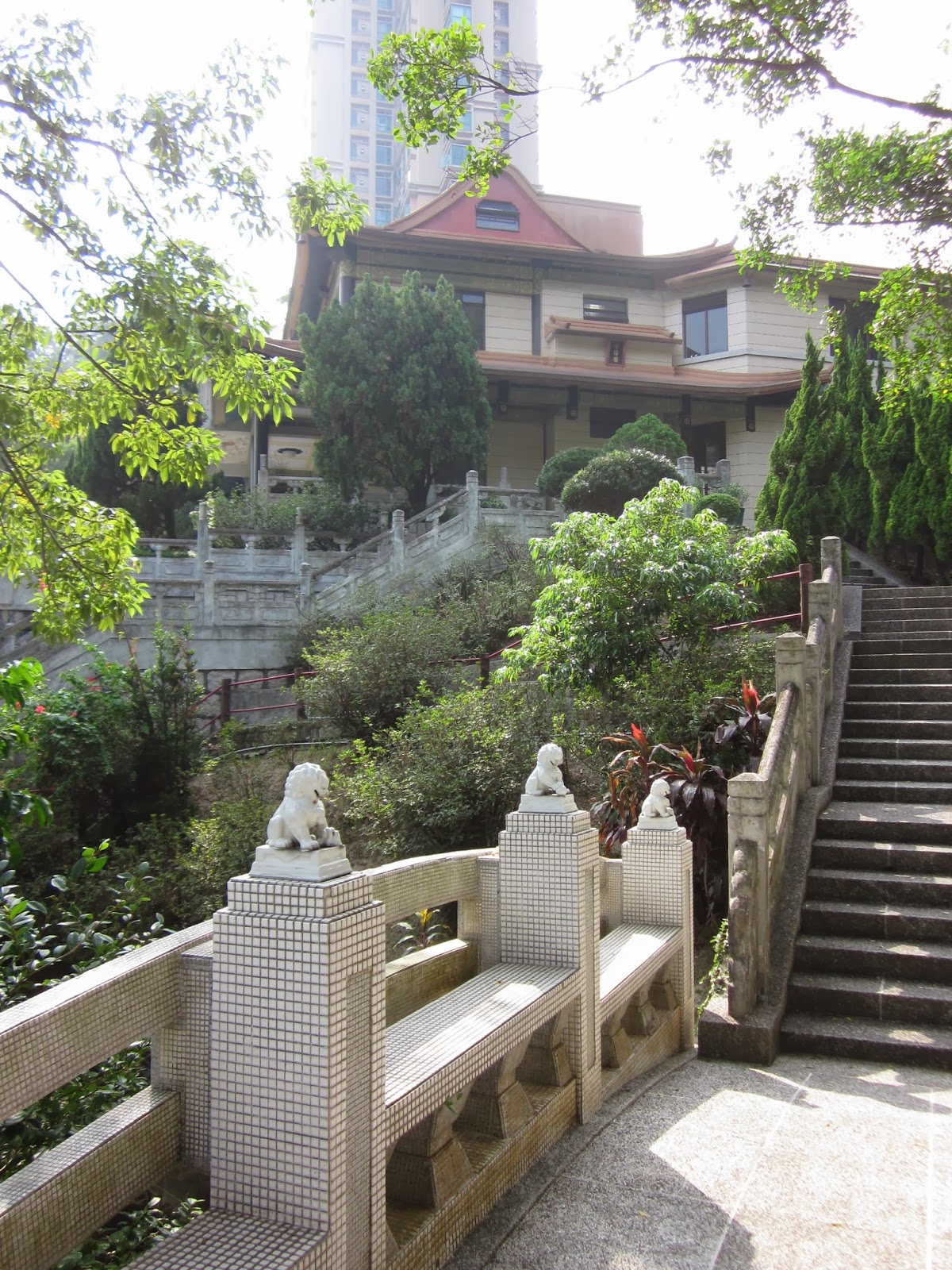 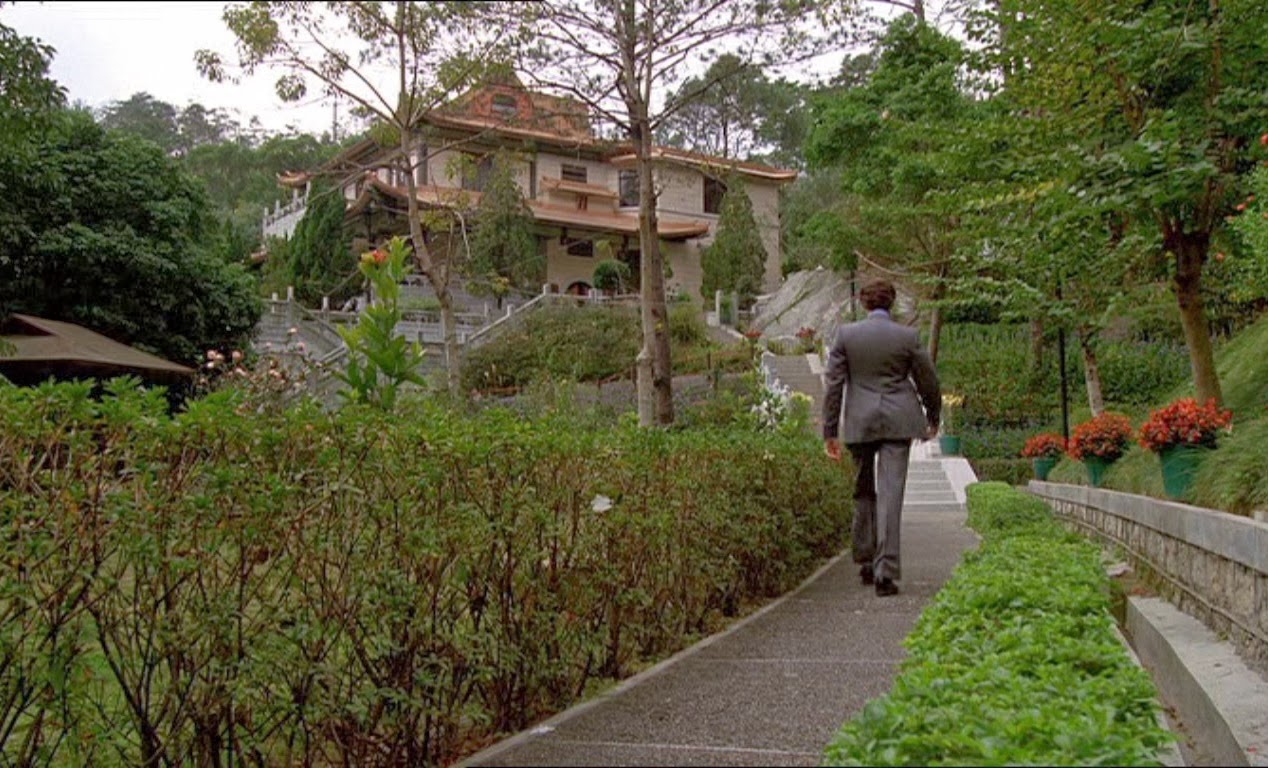 In Noble House Brosnan is walking down the same path as Sir Roger had done 15 years earlier. The exterior of the main building however did not feature as prominently in Golden Gun as it did in Noble House. When Dunross is shown into the house for the meeting with Chen and the Chief Inspector of the Royal Hong Kong Police you get a good look at the exterior. 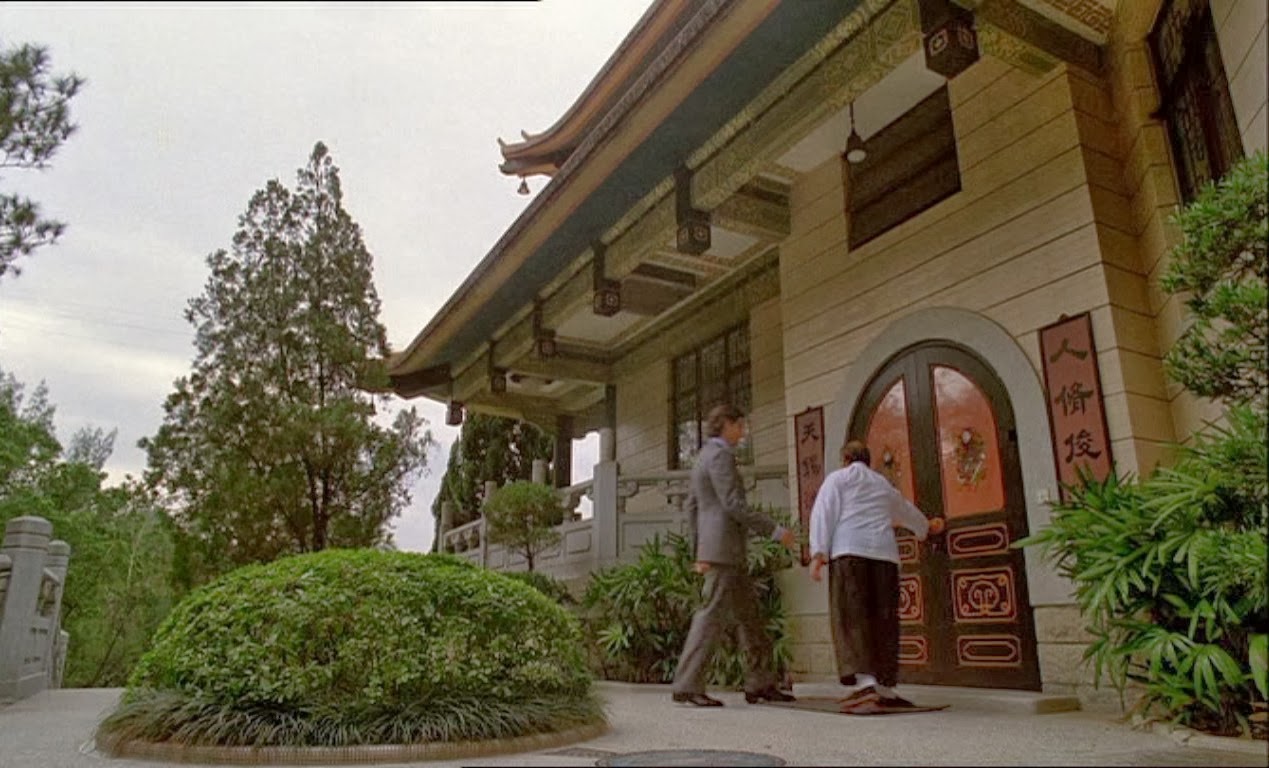 Later in the first episode, Phillip Chen runs down in the garden. The same bridge that Hai Fat walks across in Golden Gun (covered here) can then be seen. 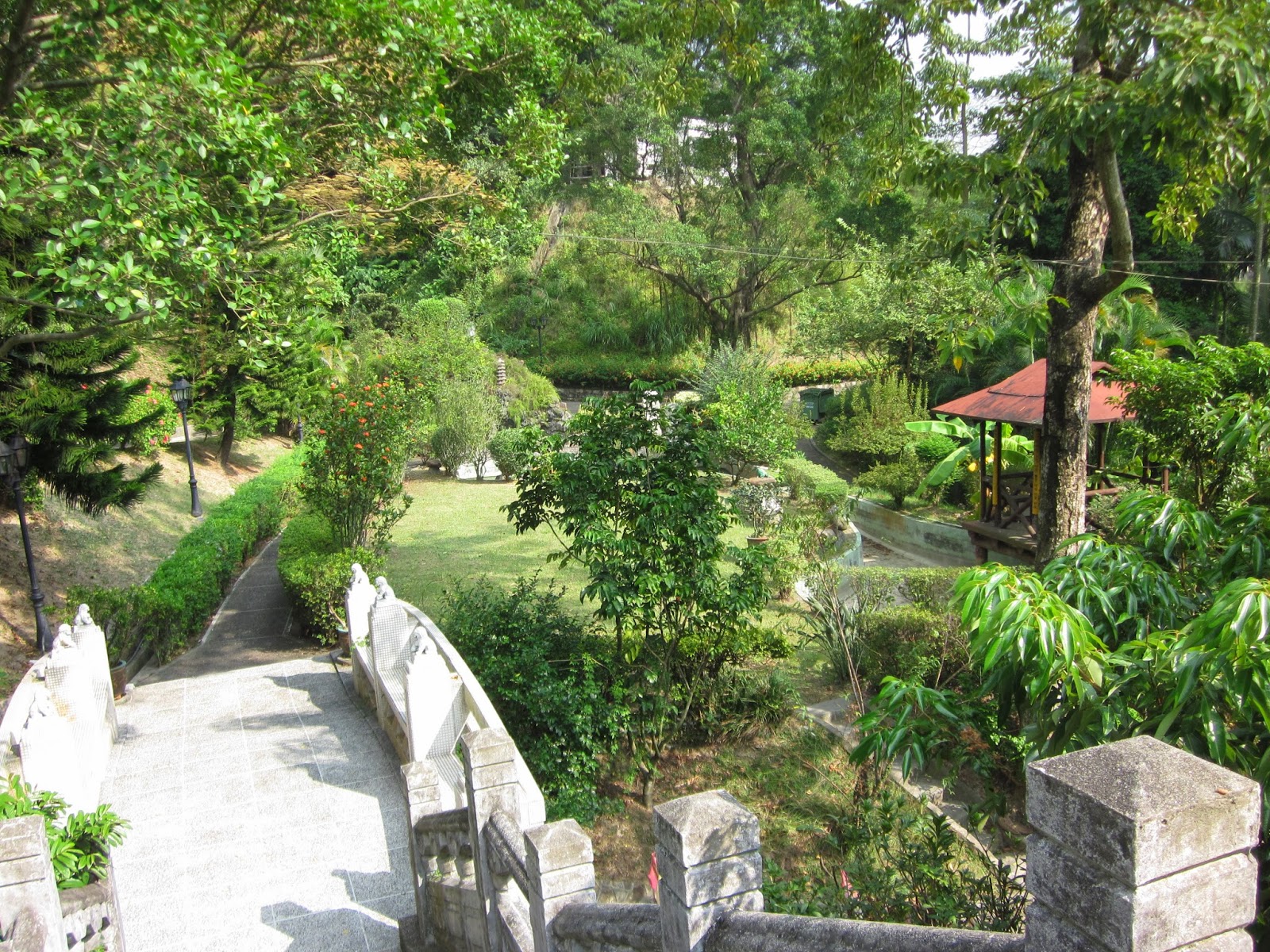 The entrance to the garden with the characteristic red doors can also be seen in the first episode of Noble House. John Chen is climbing over the wall into his parents' garden and the inside is then visible. The same doors can of course be seen in The Man With the Golden Gun (also covered earlier).

Today the front doors and the wall have been renovated and probably moved back, since the main road that runs alongside the garden has been widened. But the distinctive red doors can still be found at the entrance.

The first compradore of the Noble House, Philip Chen, is played by non other than Burt Kwouk. Kwouk's connection with the Bond series started in Goldfinger when he played the Chinese villain Mr Ling, and continued in You Only Live Twice where he played one of the Spectre agents in Blofeld's volcano. Kwouk is perhaps most known for his role as Cato, the butler of Chief Inspector Clouseau in the Pink Panther. 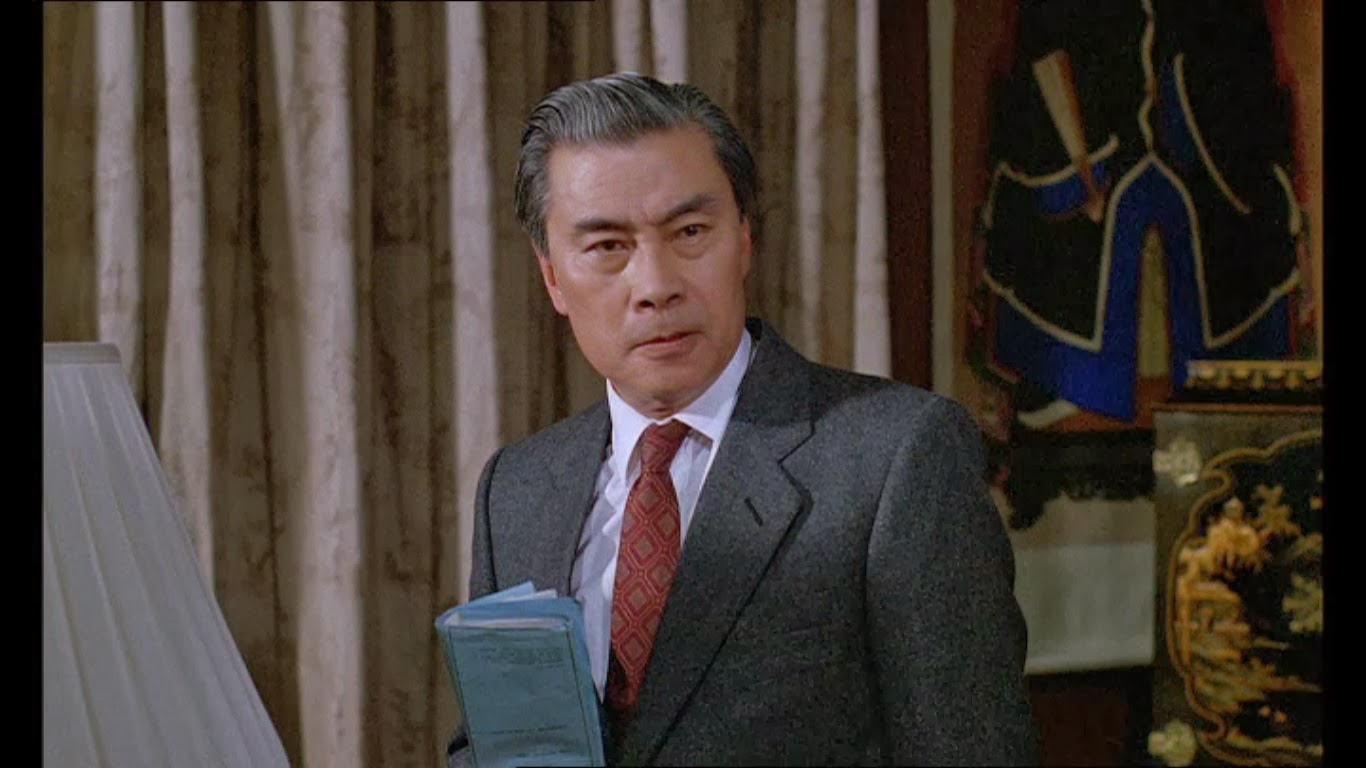 The "bad guy" in the series, trying to overthrow the Noble House by selling short the Struan stock, is Quillan Gornt. He is played by John Rhys-Davies, who of course is familiar from The Living Daylights where he played Russian General Pushkin a year before Noble House. 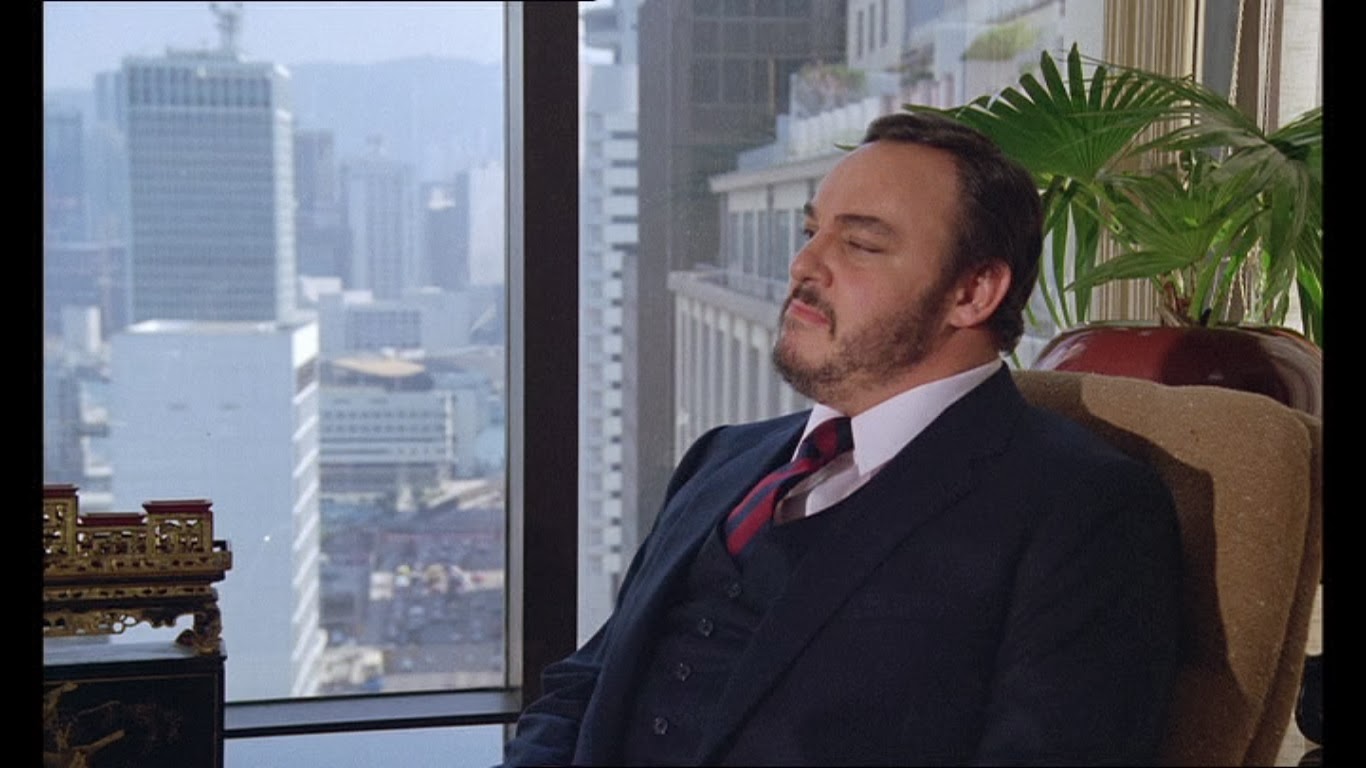 The miniseries appears to have a fairly high budget and is well worth watching. The soundtrack is very memorable and the locations are a pleasure to watch. Overall the performances of the main cast is very good (Brosnan is always very entertaining) and the story has a lot of surprises. It is a must see for any Bond fan and it is also a veritable promo for Hong Kong as a tourist destination.
Upplagd av R. Sterling kl. 17:29 No comments: 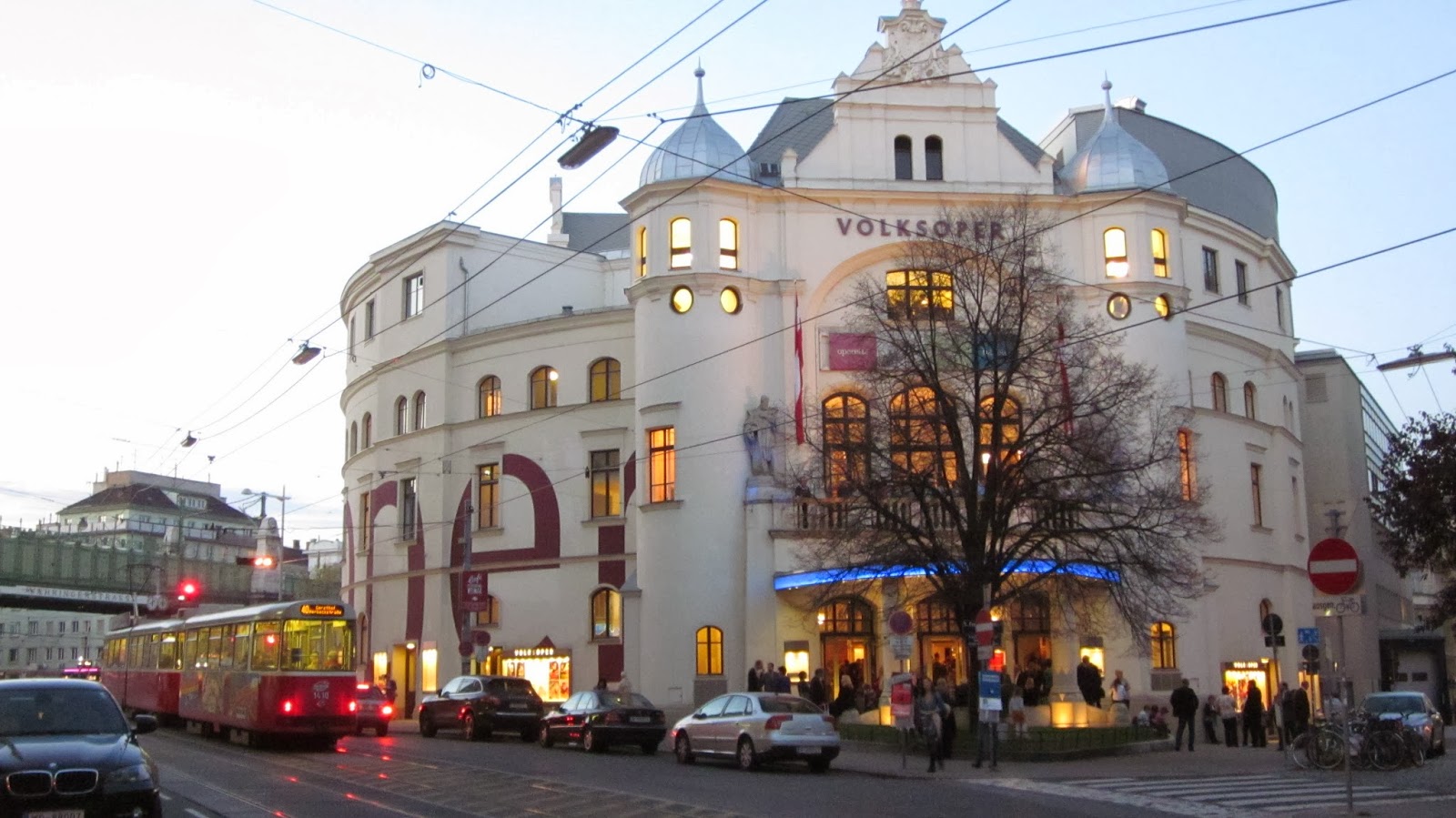 In the beginning of The Living Daylights, Bond is attending a concert in Bratislava where the Russian general Koskov is about to defect. Bond is informed that a sniper has been assigned to watch Koskov and Bond is there to protect the general. The concert has already begun when Bond arrives in taxi. Saunders is annoyed. Like all of the Bratislava scenes, the action around the concert hall was filmed in Vienna, Austria, where the actual opera house is located.

The conservatory is in fact the Vienna People's Opera, also called Volksoper Wien. In the film, the words "Ľudové konzervatorium" can be read on the building. This means People's Conservatory and is almost the same as the original German name. The Volksoper gives about three hundred performances during each annual season. The building is located in the ninth district of Vienna, called Alsergrund, approximately 15 minutes from the Vienna city center by tram. The red trams seen in the film still pass the Volksoper.

"Koskov will leave the concert at the interval"
-Saunders to Bond- 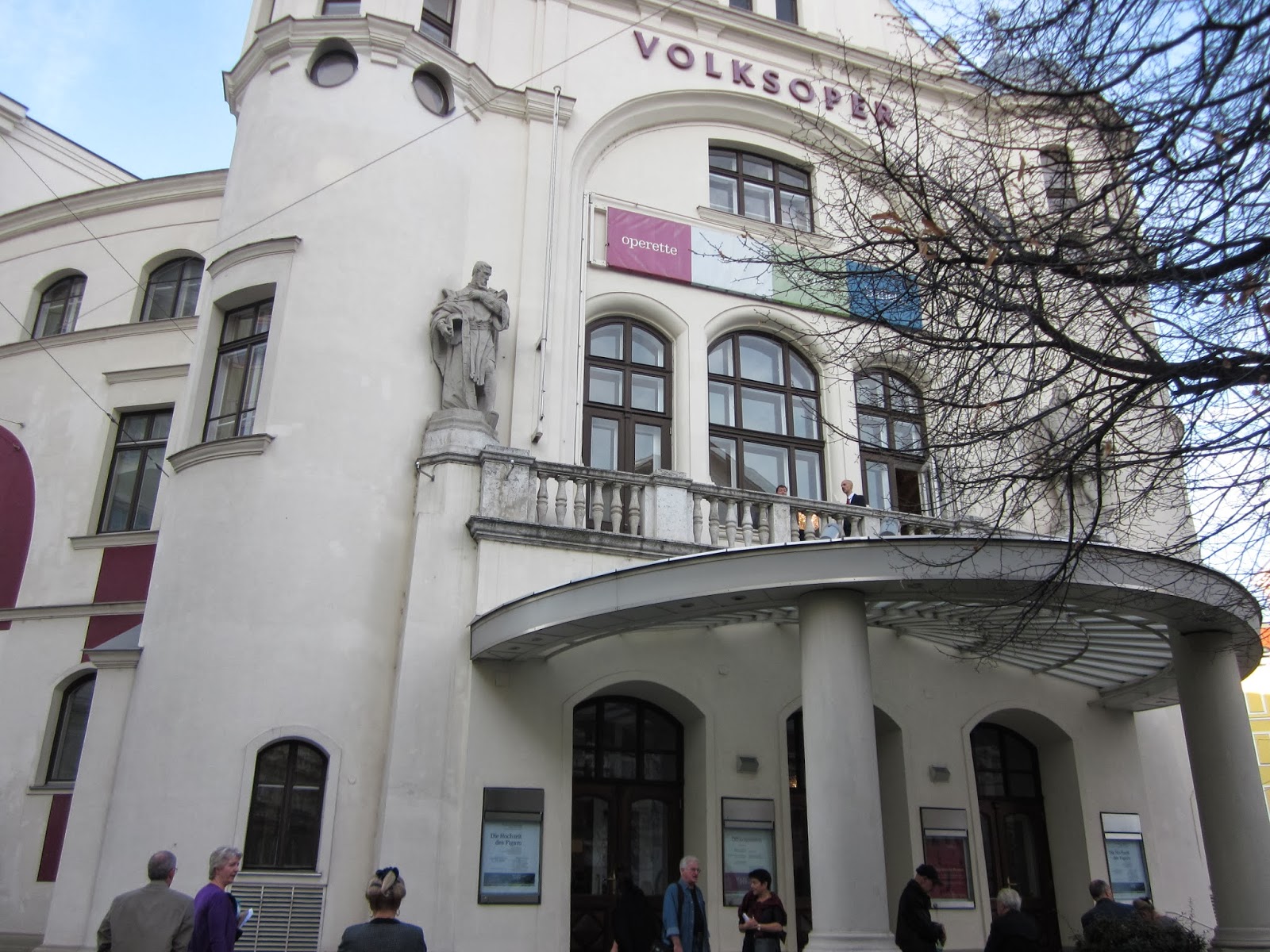 The opera house was constructed during the last years of the 19th century and began with opera performances in the early 1900's. The first Viennese performance of Tosca was given at the Volksoper in 1907. The building itself and the surroundings have changed very little since the film, apart from the tree in front of the entrance, which has grown substantially since 1987. 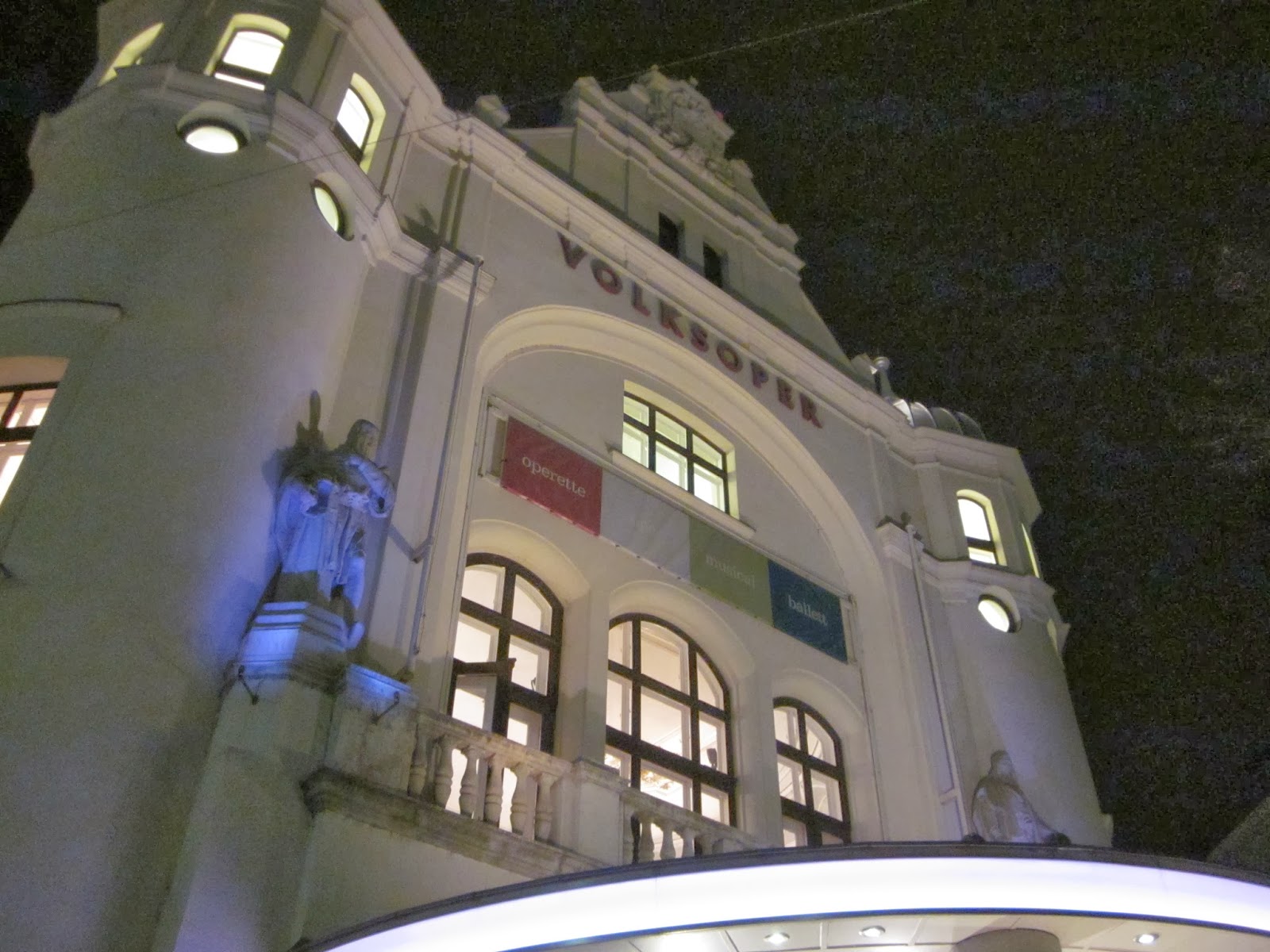 Bond and Saunders are watching Koskov's escape from a balcony across the street when Bond spots Kara. She is sitting in the center window on the third floor of the conservatory.

This location is very enjoyable and of course it is a must see when one is in Vienna. There are shows regularly on the repertoire, almost every day, and before our visit to Vienna we had bought tickets to Le Nozze di Figaro which we enjoyed at the Volksoper one evening. During the interval you can stand on the balcony on the second floor with a drink or walk up to the third floor and enjoy the view from Kara's window. Behind the window you can actually find one of the bars so this space is also open to the public. 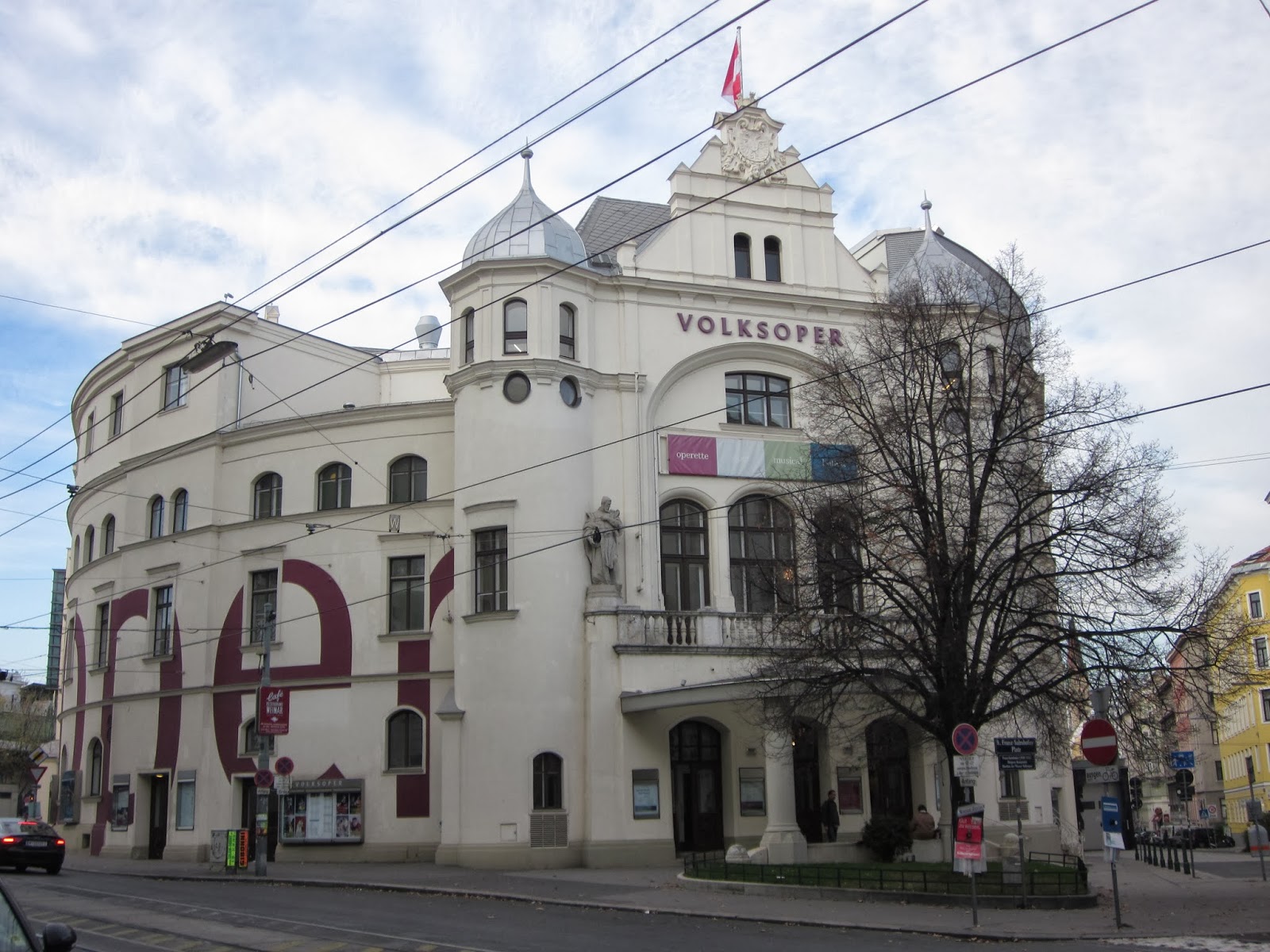 The surroundings of the Volksoper will be covered later.
Upplagd av R. Sterling kl. 16:09 No comments:

When Bond and Kara arrive in Vienna, they ride through the city in a horse carriage. Bond hails the carriage at the prater and they pass a number of famous locations, such as the Schönbrunn Palace before ending up at their hotel, the Im Palais Schwarzenberg (covered earlier). 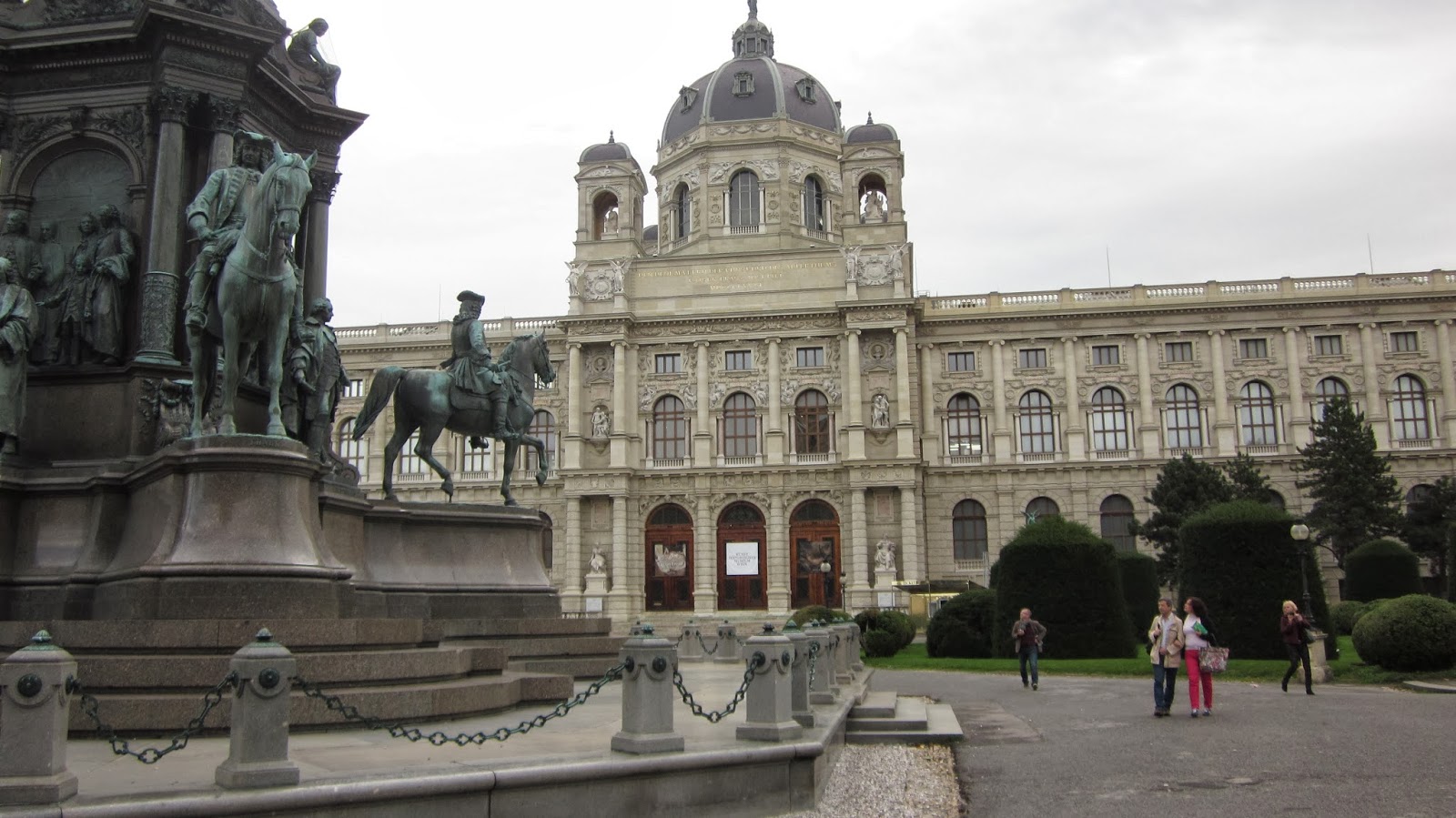 But before ending up at the hotel, they also ride past a big statue in central Vienna. The statue is surrounded by magnificent buildings and part of the Hofburg Palace can be seen in the background. However, the statue is located right in front of the Museum of Art History (Kunsthistorisches Museum), situated in the very central part of Vienna. This building is actually one of two identical buildings and the other, the Natural History Museum (Naturhistorisches Museum Wien), is facing the Museum of Art History across the park. The square is called Maria-Theresien-Platz and is very easy to find in central Vienna. Conveniently located near the Spanish riding school, the famous café Demel and Hofburg. 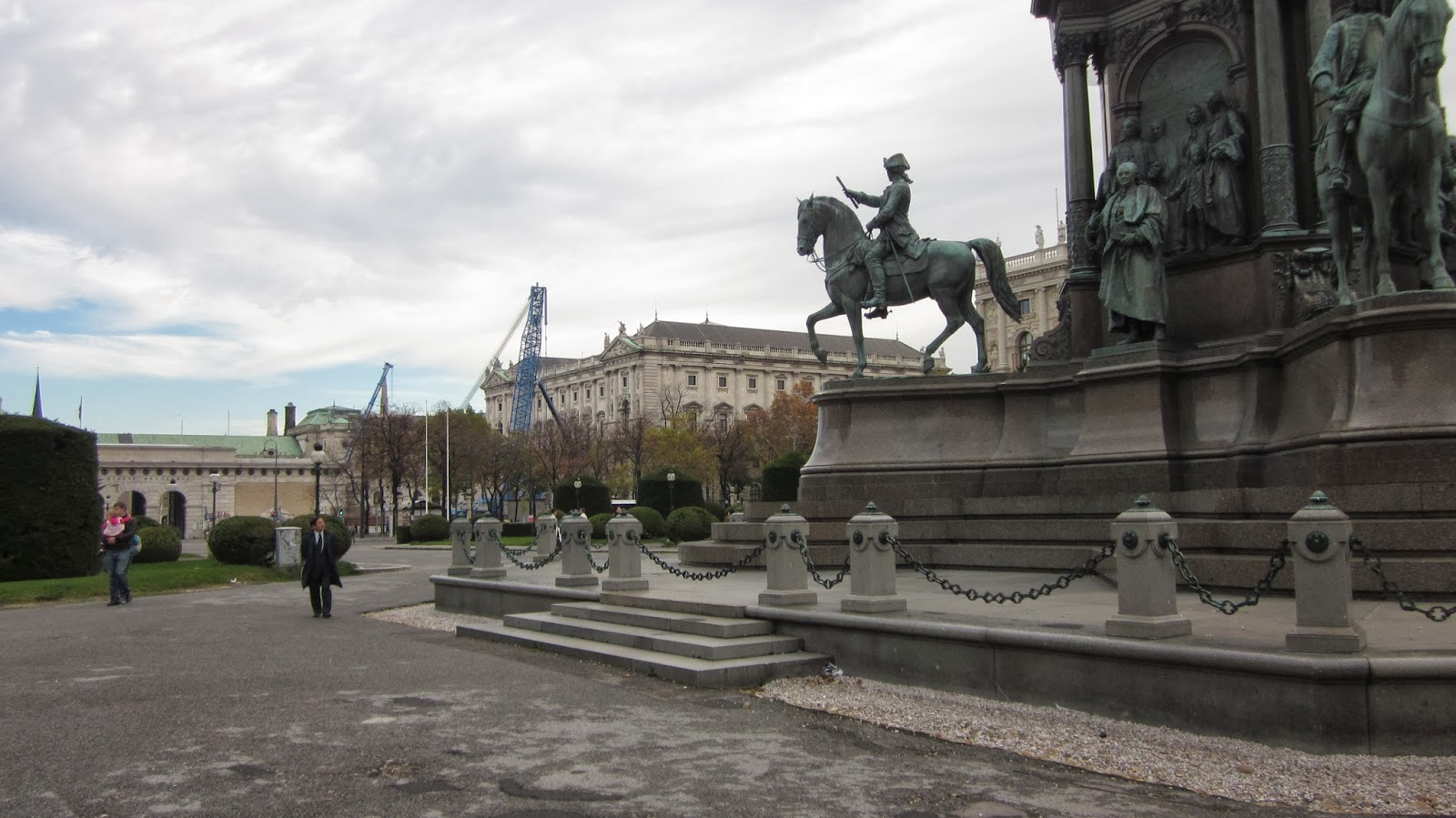 At the center of the square you find the big statue that Bond and Kara are passing. It is depicting Empress Maria Theresa who has given her name to the square. After passing the statue, the imperial palace, Hofburg is seen at a distance in the background. 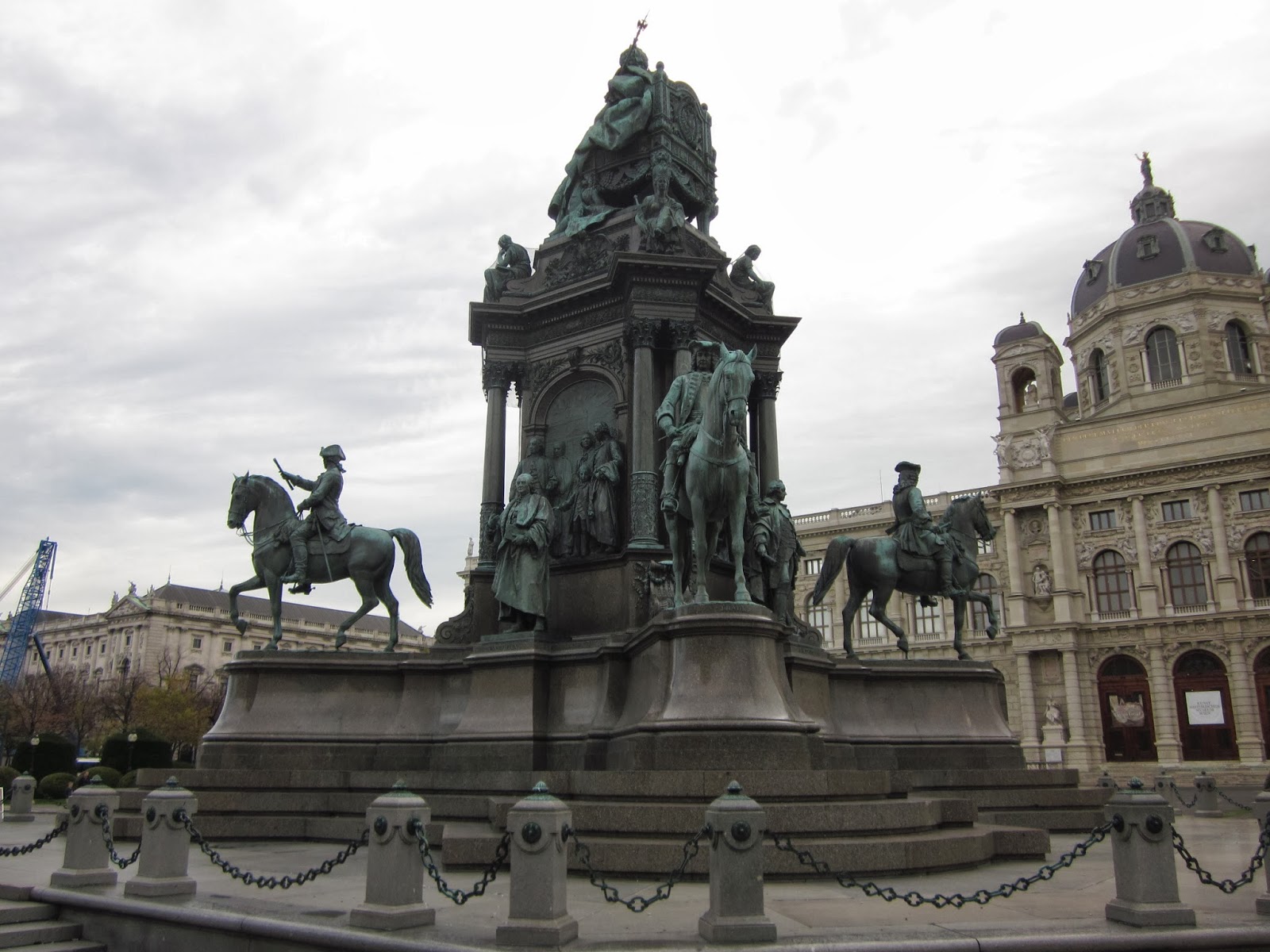 The two museums have identical exteriors and face each other across Maria-Theresien-Platz. The buildings were built between 1872 and 1891 by emperor Franz Joseph I of Austria-Hungary. 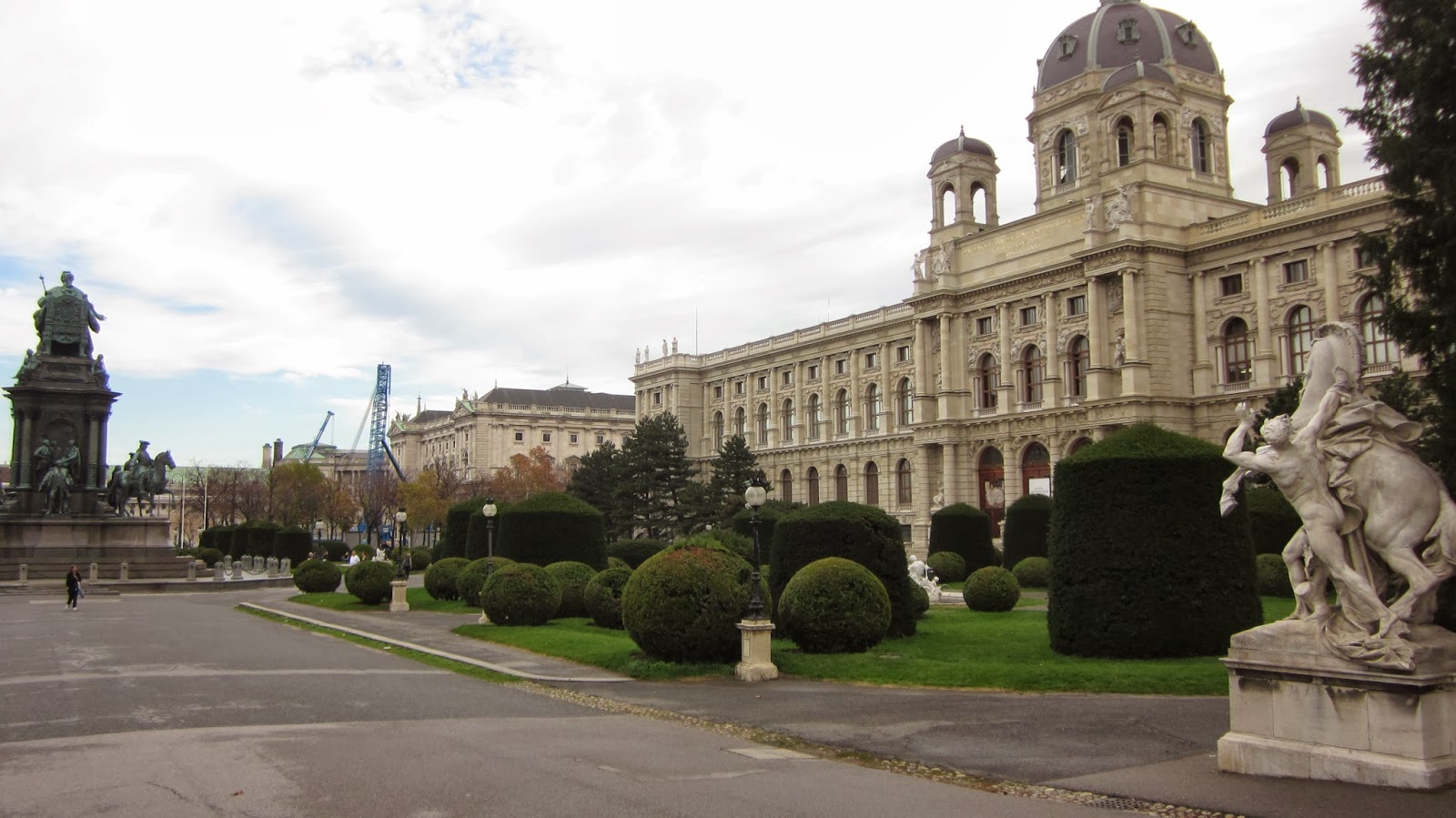 The horse carriages in Vienna are still popular by tourists and can be found throughout the city. Some of the drivers still have the same bowler hat as Bond's coachman had in the film. They are quite expensive though and cost between € 60 and € 90 per trip. Neither this location, the Prater, the Schönbrunn Palace or the Palais Schwarzenberg are really within riding distance of each other. 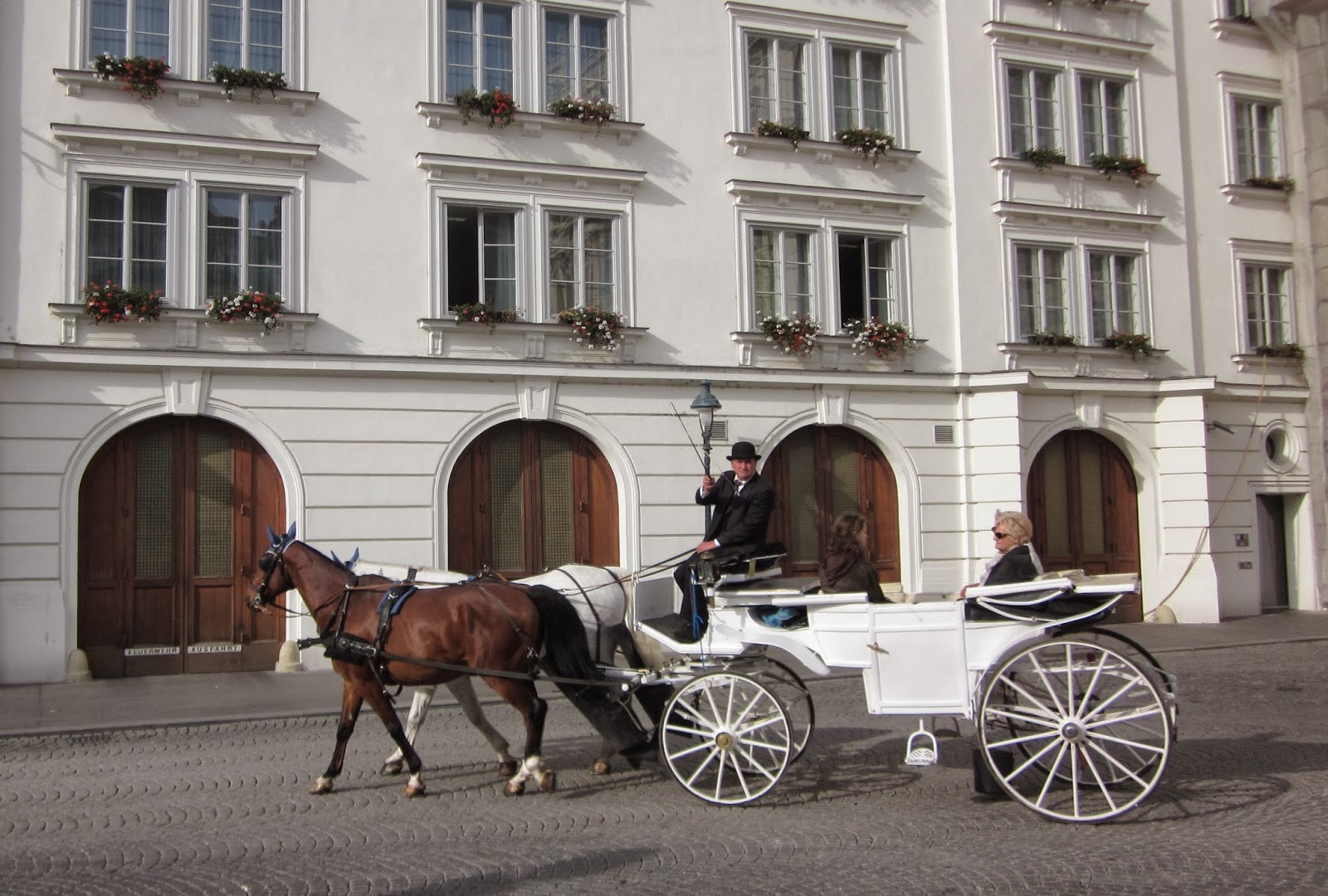 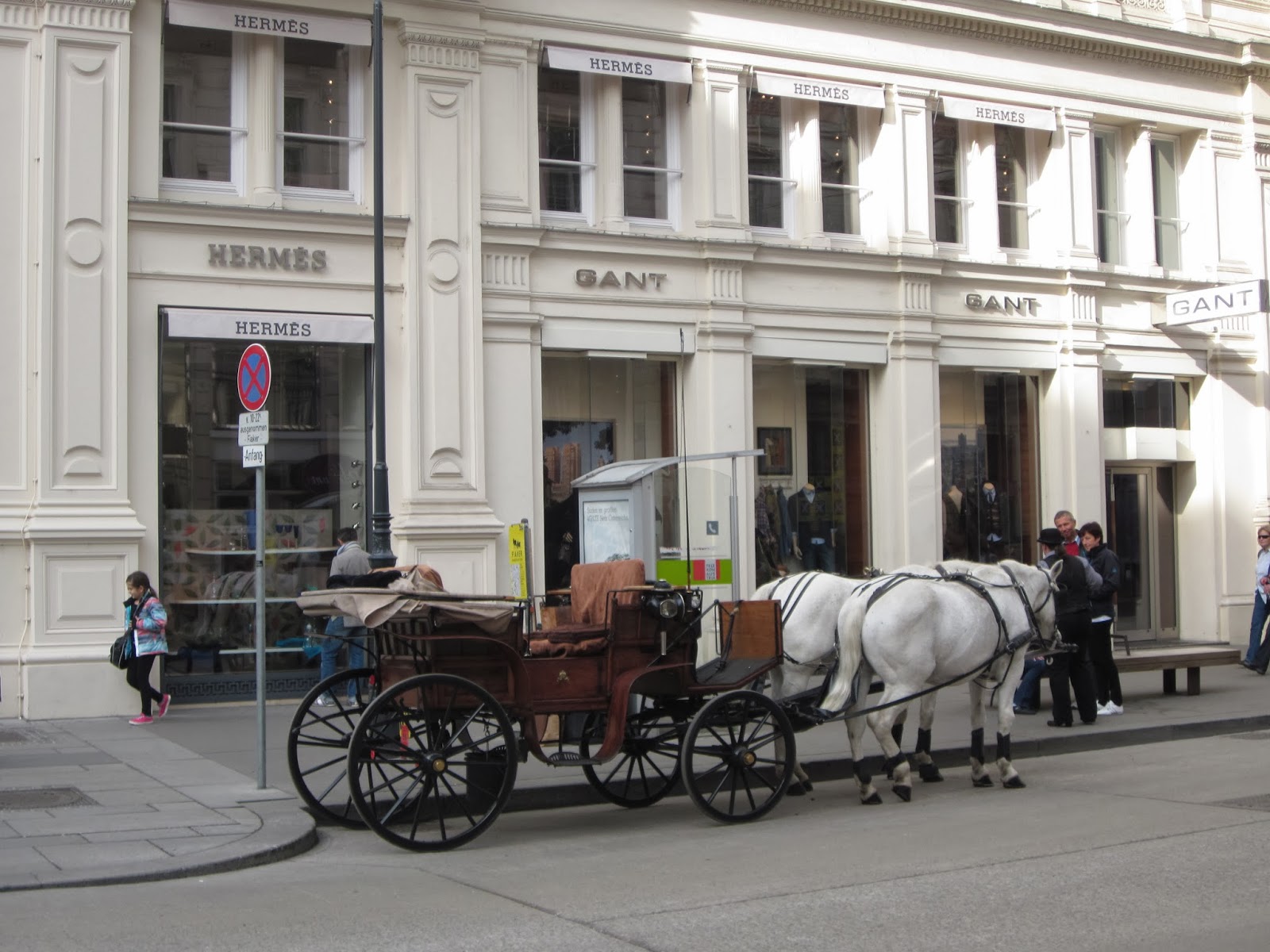 When Bond travels to Holland in Diamonds are Forever, posing as diamond smuggler Peter Franks, he takes the hovercraft across the English channel. This was a fairly new transportation method in the early 1970's and probably a little more exiting for the audience back then.

"-What can I bring you back from Holland?
-A diamond, in a ring...
-Will you settle for a tulip?"
-Bond to Moneypenny-

The hovercraft in the film belongs to Seaspeed, which was a joint hovercraft operation of British Rail in association with the French SNCF. Seaspeed started cross-channel services in 1968. The hovercraft Bond is traveling on is called Princess Margaret and the model (SR-N4) was the largest hovercraft in commercial operation. This form of transportation was quite new at the time of filming and that is the reason why the cool, dramatic Bond theme was used when the hovercraft leaves port. The fact that this hovercraft service is no longer available makes this scene a nice piece of history, even though the excitement of a hovercraft feels a little dated today. Still, this was the fastest way of crossing the channel and the record of 35 minutes across has yet to be battered. The hovercraft technique was invented in Britain in the 1950's.

Following the opening of the Channel tunnel (1994), the hovercraft operations were discontinued in 2000. The service had become unprofitable and the hovercrafts were getting old.
Upplagd av R. Sterling kl. 19:41 1 comment: