When Bond goes to Shanghai in Skyfall he follows the "Swedish" assassin Patrice, played by Ola Rapace, from Pudong Airport (interior scenes actually filmed at the Royal Ascot Racecourse in England) into Shanghai. Bond hides among the other chauffeurs at the airport and follows Patrice in a Mercedes. 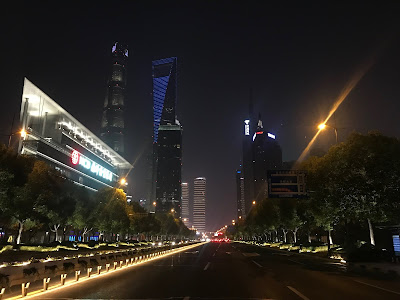 At one point, Bond is driving down a main road, with skyscrapers seen in the background. The skyscrapers seen can be found in the Pudong area, Shanghai's business district. However, a few high rise buildings have been digitally added, which is apparent when comparing the pictures below. 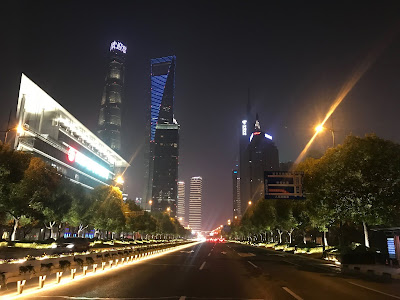 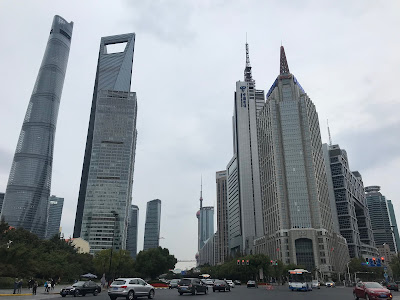 Since the skyscraper filmed in the movie, the one that Patrice walks into killing the two guards, is located in London (Broadgate tower), previously covered here, the exterior of this building had to be digitally added in this scene, to illustrate that it is located in Shanghai. In reality, this part of the skyline is empty. 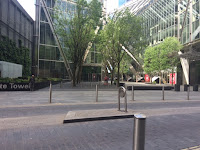 The original Broadgate tower, located in London - with two skyscrapers digitally added on either side in the film

The road where Bond and Partice are driving down is located in Shanghai's central business district, named Century Avenue. The closest subway station is Dongchang road. When you exit this station and walk on to Century Avenue, you will be close to the spot where Bond's car was filmed. The building making it possible to identify the spot is the NCB building located on the left of the road. 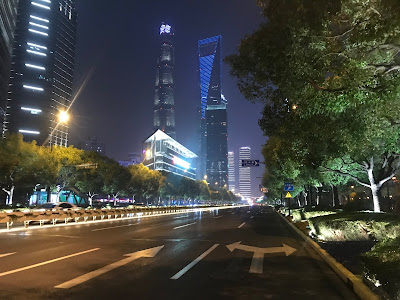 "Luckily we still have one or two friends left in the CIA.
Intel is he is going to be Shanghai in two days time, probably on a job." 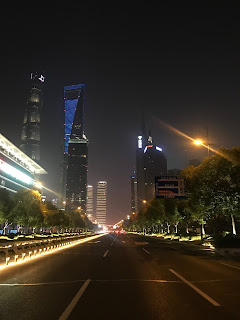 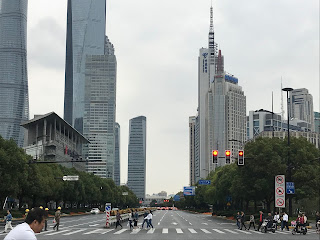 The chauffeur driven Mercedes or Maybach is a relatively common car in Shanghai, which makes it an ideal choice for tailing someone around the city. Patrice is travelling in a Volkswagen Passat taxi, which actually is blooper since that VW model is not used in China. They have a Chinese version of the Passat, slightly different from the European version.