Today we received the tragic news about the passing away of the last gentleman. Sir Roger has died, 89 years old.

As the first Bond actor to pass away, leaving the other five behind, Sir Roger Moore has done a lot for the Bond series as well as the world and it is with a heavy heart that I note just a few of his more notable achievements. He remained active well into his 90th year and appeared in his last show in November 2016. 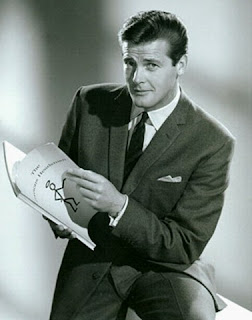 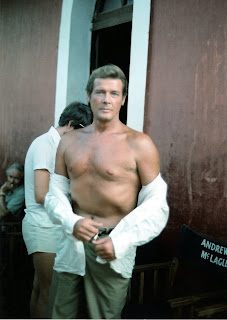 Sir Roger became a star in the early 60's, as Simon Templar in the TV-series The Saint which run between 1962-1969. During the early years of the 70's he starred alongside Tony Curtis in The Persuaders! playing the suave playboy Lord Brett Sinclair. Apparently the filming did not went very smoothly with Curtis frequently smoking marijuana and behaving badly throughout but it nonetheless seems like they were having a good time and Sir Roger proved that he was made for the role, delivering countless classics throughout the series.
"Brett to my friends, but you can call me darling..."

Sir Roger turned down a second season of The Persuaders! in anticipation of becoming Bond.
In 1973 he became James Bond, taking the mantle from Sean Connery after his return to the role after George's one time outing in On Her Majesty's Secret Service. Thanks to Sir Roger's lighter touch, the Bond series survived the 70's and brought Bond back to his roots in the early 80's with For Your Eyes Only and Octopussy. Despite considering himself as highly overpaid and not a very good actor, Sir Roger undeniably gave us a few of the best Bond films in the series with For Your Eyes Only and The Spy Who Loved me. 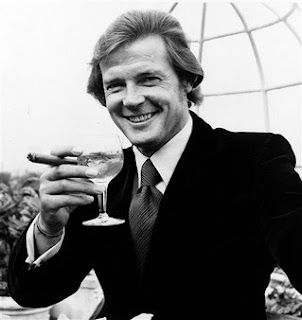 Sir Roger became a UNICEF goodwill ambassador in 1991 after being urged by his friend Audrey Hepburn who also had worked for the organisation. He considered his passionate work for UNICEF to be his greatest achievement, for which he received a knighthood in 1999, fist becoming Commander of the Most Excellent Order of the British Empire and then becoming a Knight in 2003. It was thanks to Sir Roger that I myself have supported UNICEF monthly since 2010. 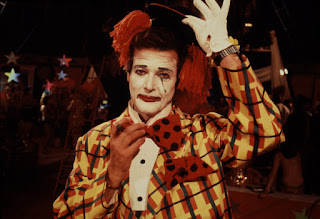 Saint, Persuader and the suavest James Bond is no moore.


As a tribute I post Judi Dench's version of Send in the Clowns.

During the wedding reception of Bond and Tracy, which takes place at Draco's estate in Portugal in one of the last scenes in On Her Majesty's Secret Service, Draco and M find time to chat together and exchange a few business secrets in the garden. Despite being enemies in business, with Draco heading one of the biggest crime syndicates in Europe and M being responsible for the killing of three of Draco's best operatives, the competitors have put aside their rivalry on Bond's wedding day. 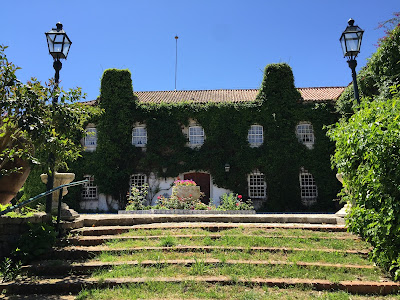 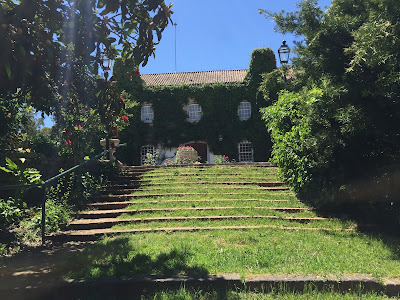 The steps where M and Draco were filmed drinking champagne and talking are located in the garden of the estate Herdado do Zambujal which was Draco's home in Portugal, in the film, covered in the earlier post here. The steps can be found immediately to the right of the main house coming from the entrance gate. 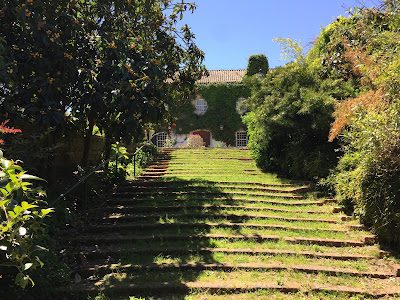 M talks to Draco about an operation known as "the bullion job" from November 1964 and is fascinated to know how much money Draco got away with at the time. The fact that it is called the bullion job and went down in 1964 can very well be a subtle reference to Goldfinger (produced in 1964) and maybe a hint that Draco was somehow involved with Goldfinger. 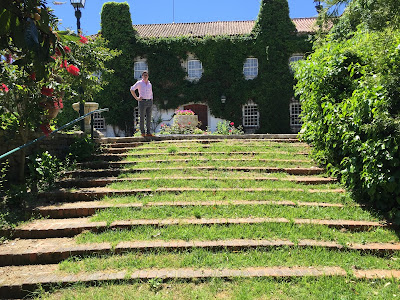 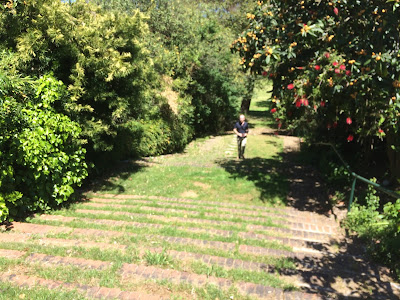 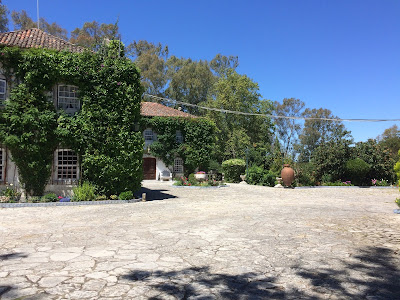 On Her Majesty's Secret Service was filmed mainly in Portugal and Switzerland with a few of the very key sequences filmed in and around an estate called Herdado do Zambujal, a two hour drive outside of Lisbon. It is here that Bond and Tracy fall in love and ultimately celebrate their wedding at the end of the film. 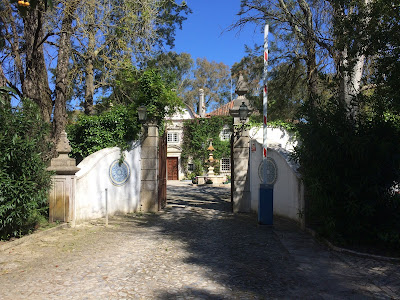 The house is only seen briefly in the beginning of the film as Tracy arrives to Draco's birthday party. However, the exterior features more prominently during the wedding scenes. The wedding reception and the following party take place in front of Draco's house on the courtyard. 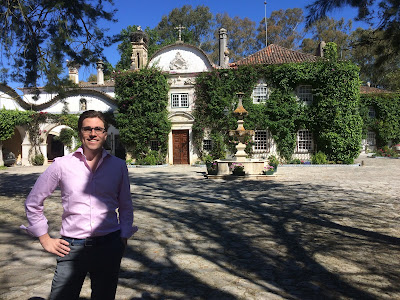 As Bond and Tracy drive away, Miss Moneypenny cries by the fountain in front of the house. She is however soon interrupted by M and Q.

"Ah, 007 never had any respect for government property!" 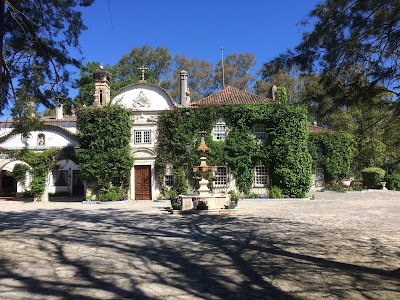 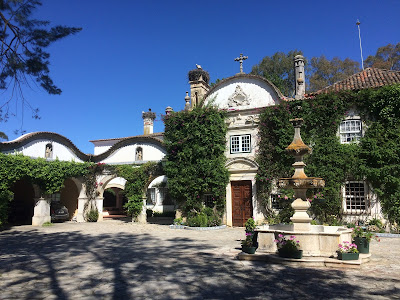 Several scenes, including Draco's birthday at the bull ring was filmed on and around this magnificent estate and much more will be covered from this classic and stunning location, given time.

Email ThisBlogThis!Share to TwitterShare to FacebookShare to Pinterest
Etiketter: Lisbon - Portugal, On Her Majesty's secret service, Portugal, The most beautiful Bond locations

In the film, the body of Peter Franks is cremated in the chapel and Bond delivers the diamonds to a private niche in the garden of remembrance (actually filmed at another cemetery). Ultimately, Bond himself ends up in a coffin after being struck down by Wint and Kidd, ready to be cremated. In the last second he is pulled out by Mr Slumber and Shady Tree when they have discovered that the diamonds are phonies. 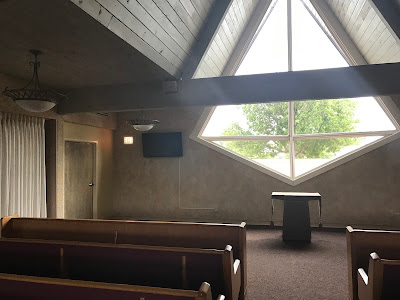 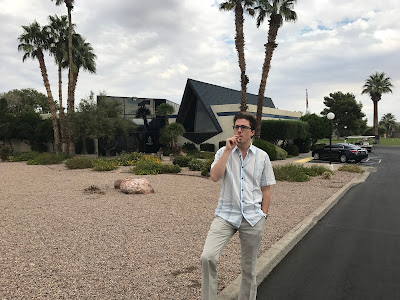