Fall of a house in Venice - Casino Royale

During the ending of Casino Royale in Venice, after realising that Vesper has betrayed him, Bond follows her from St Marc's square to her secret meeting with Gettler. When Gettler spots Bond he escapes with Vesper and runs into an empty house by the Grand Canal. The large palazzo is being renovated and is piled up by large floating piers mounted on the ground floor. As Bond shoots and punctures the floating piers, the palazzo slowly starts to sink into the Grand Canal. 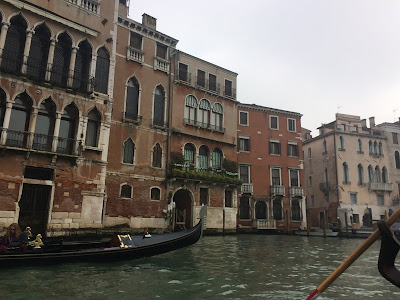 The sinking palazzo was created in the studio and was a mix of CGI and model work by the construction unit. The row of houses seen next to the sinking palazzo are real however and can be found in the Cannaregio district in Venice. These houses are located close to the Rialto Bridge and visible four houses down to the left is Ca' da Mosto, a 13th-century Venetian-Byzantine style palazzo which is the oldest on the Grand Canal.

The sinking palazzo is located in the same location as the dark red palazzo seen in the picture above. Immediately to the left of the house is Palazzo Bolani Erizzo. You probably have the best view over this row of houses from the other side of the Grand Canal on the street called Fondamenta Vin Castello. 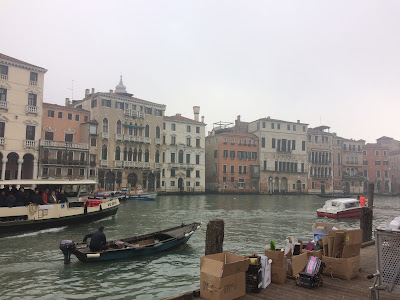 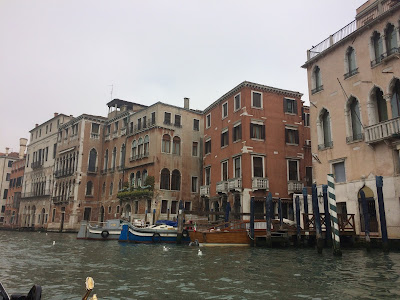 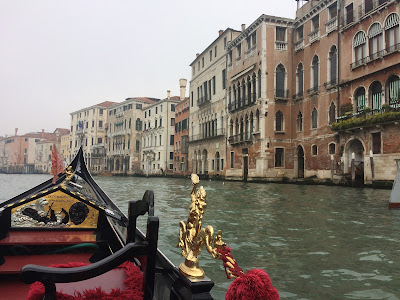 The model that was used for filming has been exhibited various Bond exhibitions, for instance "Designing 007" in London 2012 and that currently tours the world. 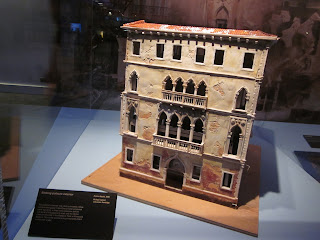 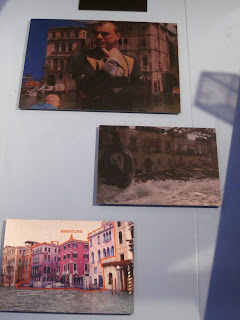 Our gondolier told us that his gondola actually is seen in the film, as him and one other gondolier