"I hear the hotel Tropicana is quite comfortable. My condolences gentlemen..." 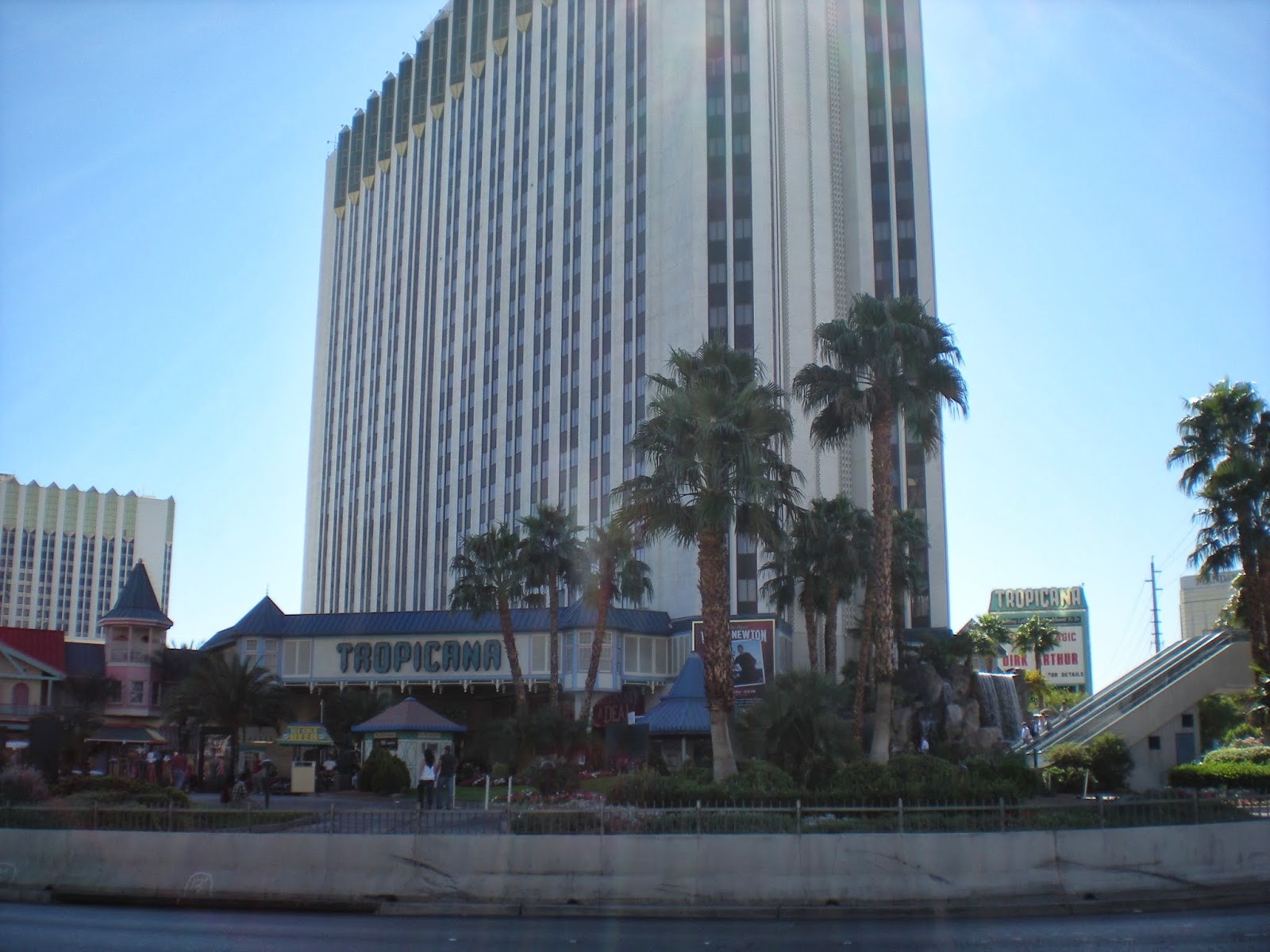 Bond checks in to the Hotel Tropicana in Las Vegas after escaping Mr Slumber's cremation chamber in Diamonds are Forever. Bond only spends one night in his hotel room, before the diamond chase through Vegas starts. We find Bond in the bathtub, talking to Felix Leiter, telling him to bring in the real diamonds in order to stir up some new leads. He has mixed himself a Vodka Martini. Visible on the tray on the side of the tub is a bottle of Smirnoff red label and a bottle of Martini extra dry. The Smirnoff bottle is only distinguishable in blu-ray. 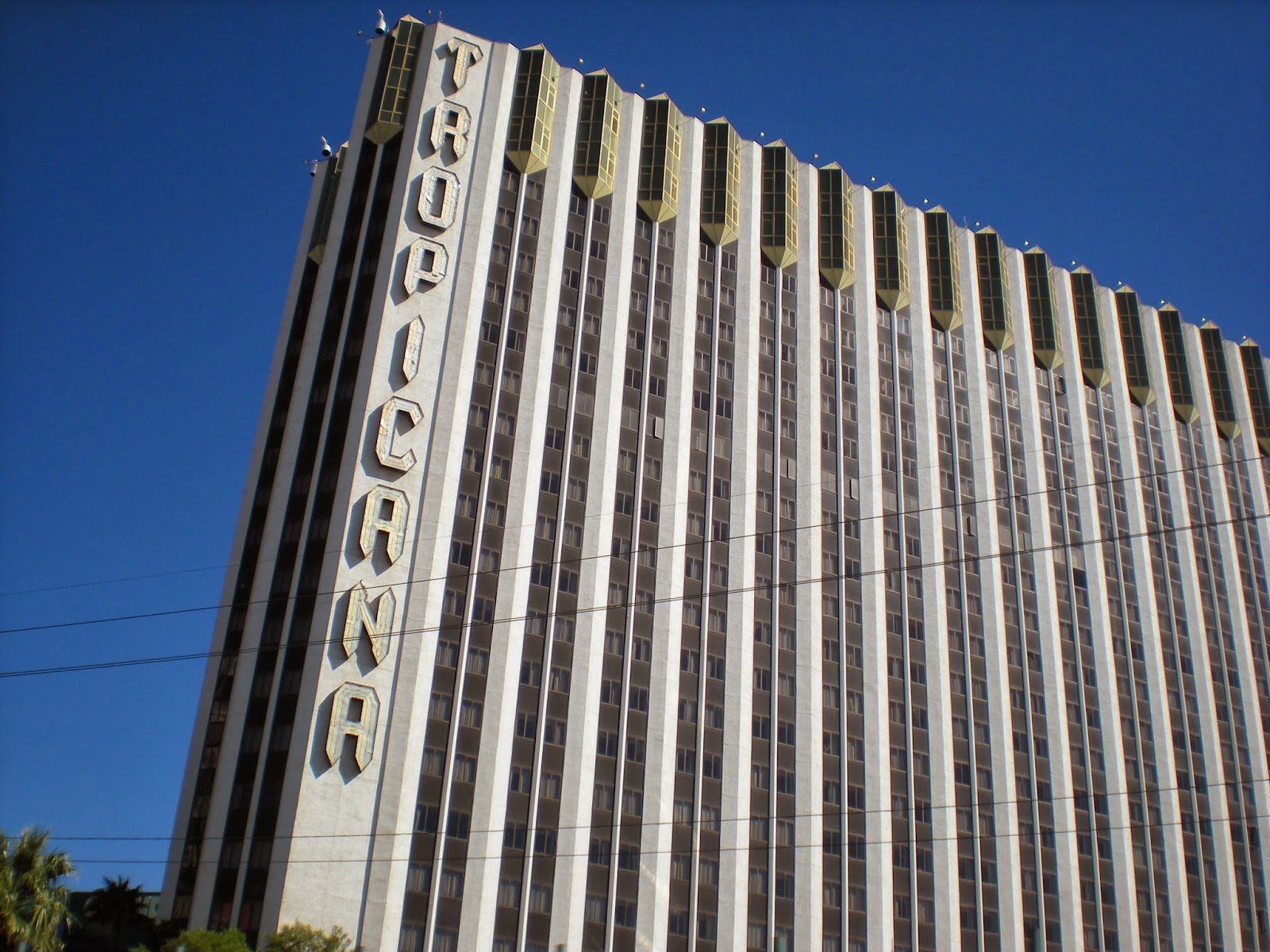 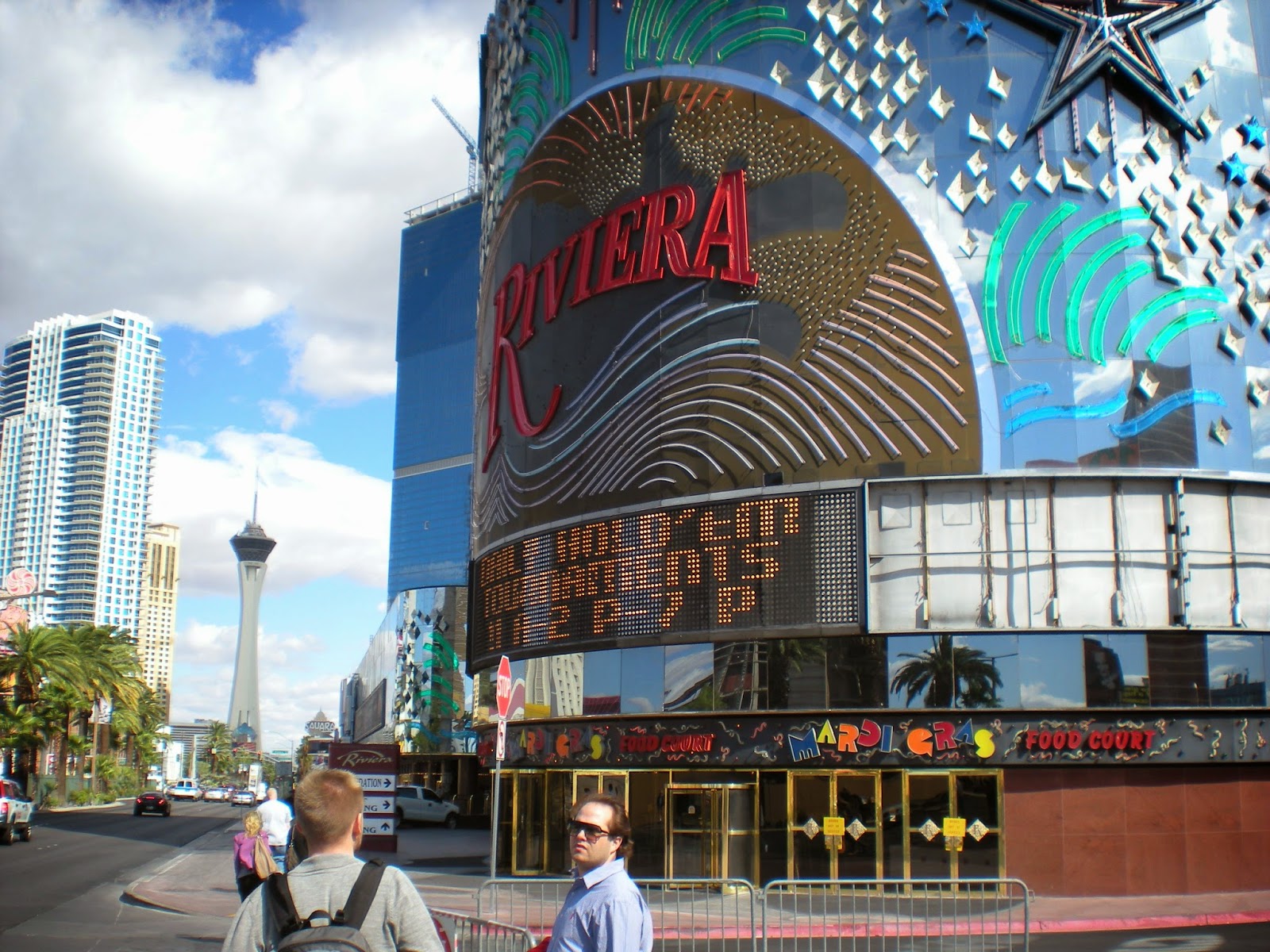 The interior scenes however, were not filmed at the Tropicana, but at the Hotel Riviera which was transformed into the fictional "Whyte House". For the exterior shots of the Whyte House, the Las Vegas Hilton was used. Indeed noting in these hotels can be recognised from the film. Even the Hilton building has been expanded in two directions although the original structure still can be distinguished. The Riviera receives an acknowledgement in the end credits, as do the Tropicana and the Hilton. Apparently the cast and crew stayed at the Riviera during filming.

Below are two interesting interviews with Connery, shot on location of Diamonds between takes. Connery gives his rather honest point of view on the role and the future. 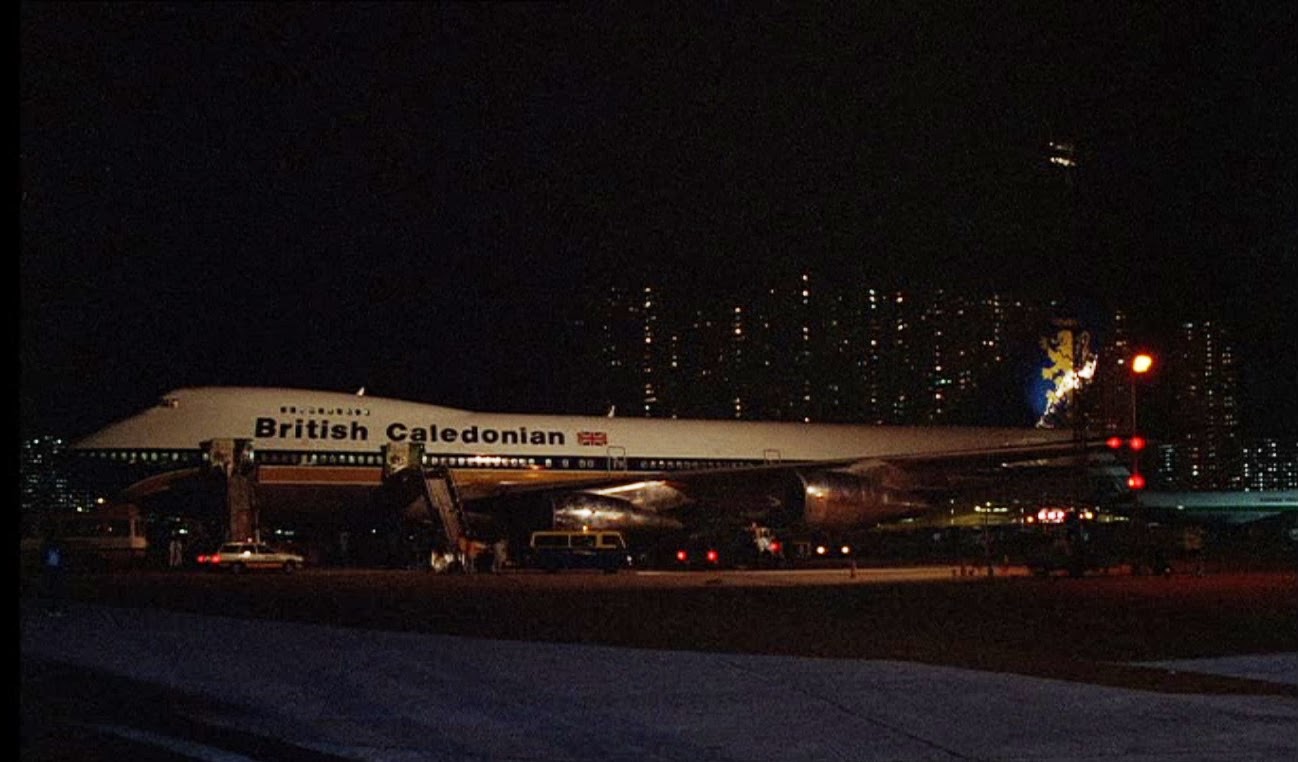 Another of the many connections between James Bond and the television mini series Noble House is an airline. British Caledonian Airways is one of only a few product placements in Noble House, just like it was Bond's choice of airline in Never Say Never Again, 1983. Since British Caledonian no longer exists, I personally think the product placement is a nice piece of history. In one of the first scenes in the first episode, Lincoln Bartlett and Casey Tcholok arrive in their private jet at Hong Kong's Kai Tak airport. The camera pans over from a 747 that belongs to British Caledonian, to the private jet from Par Con Industries. 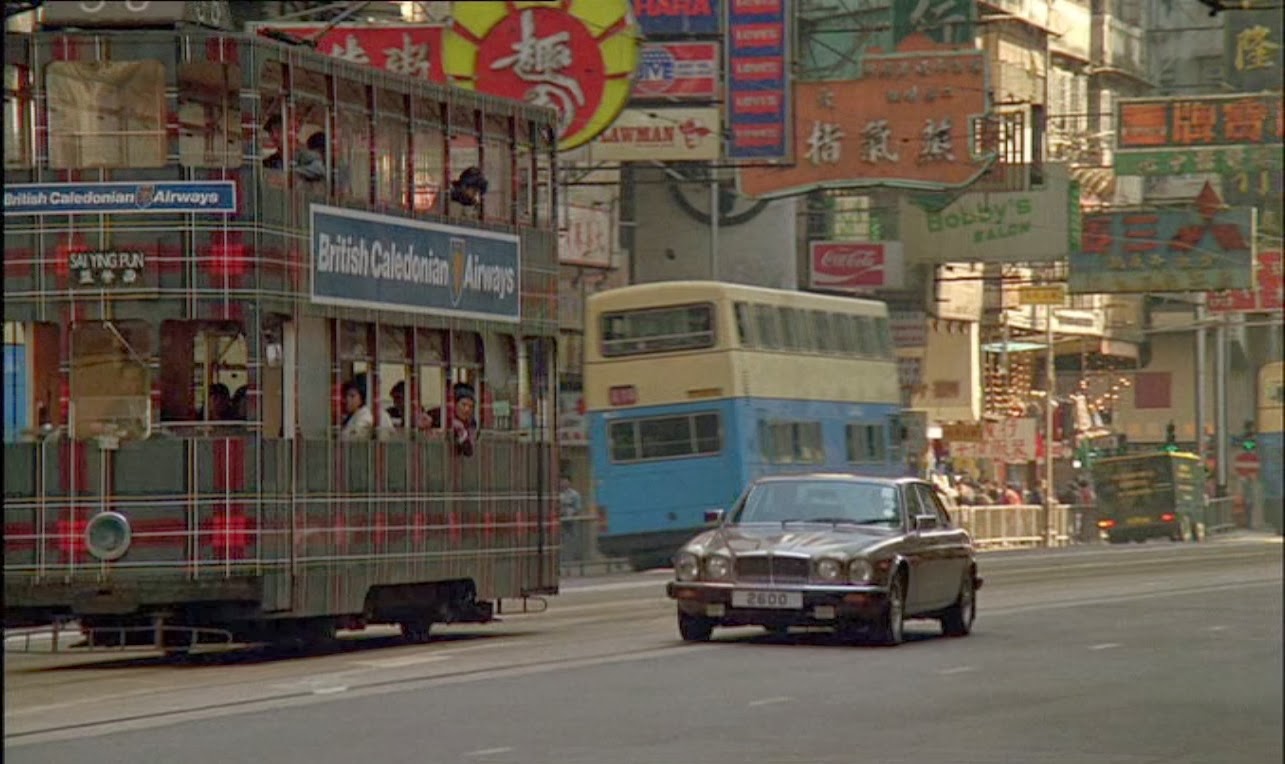 In the second episode, Quillan Gornt picks up Bartlett in his Daimler and they drive across the Central district in Hong Kong. One of the trams is striped with logotypes of British Caledonian Airways and it has the same tartan livery that could be found on the Stewardesses' uniforms at the time. It is obvious that Gornt is driving at the same speed as the tram in order for the brand to be visible. 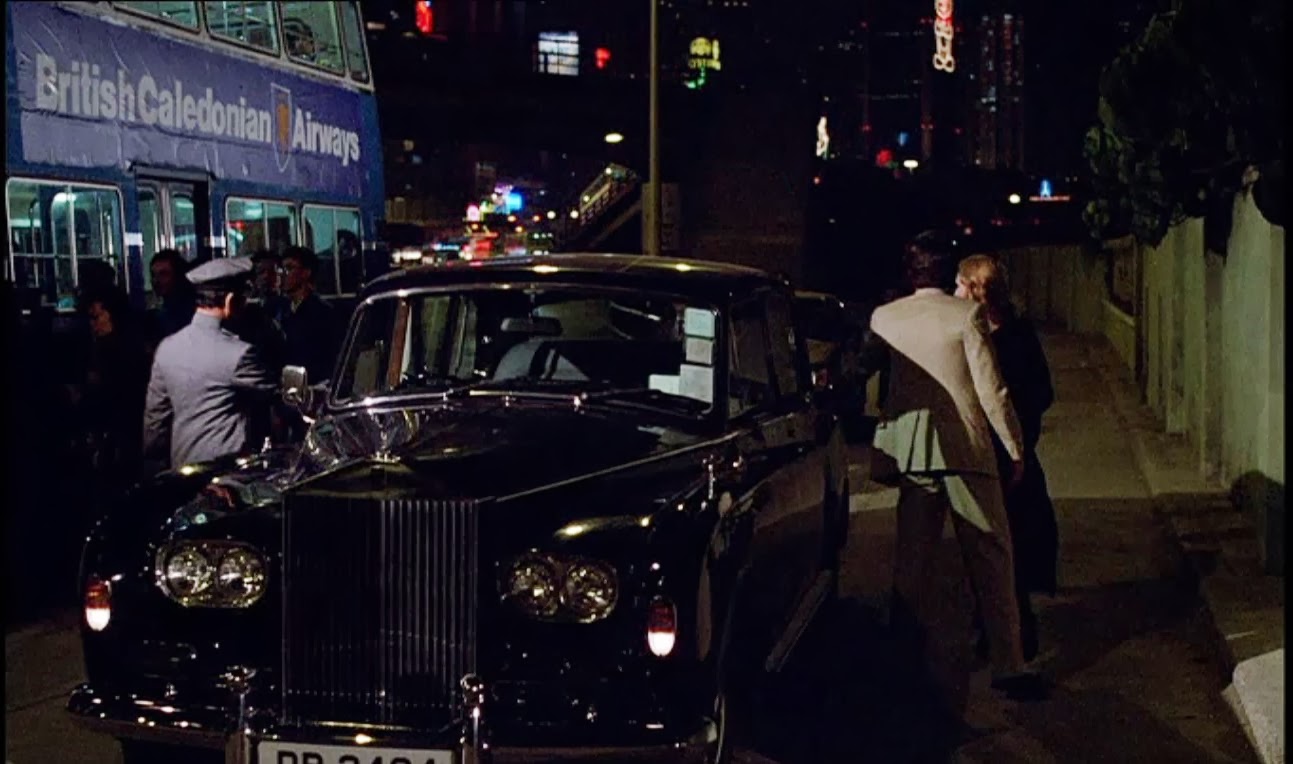 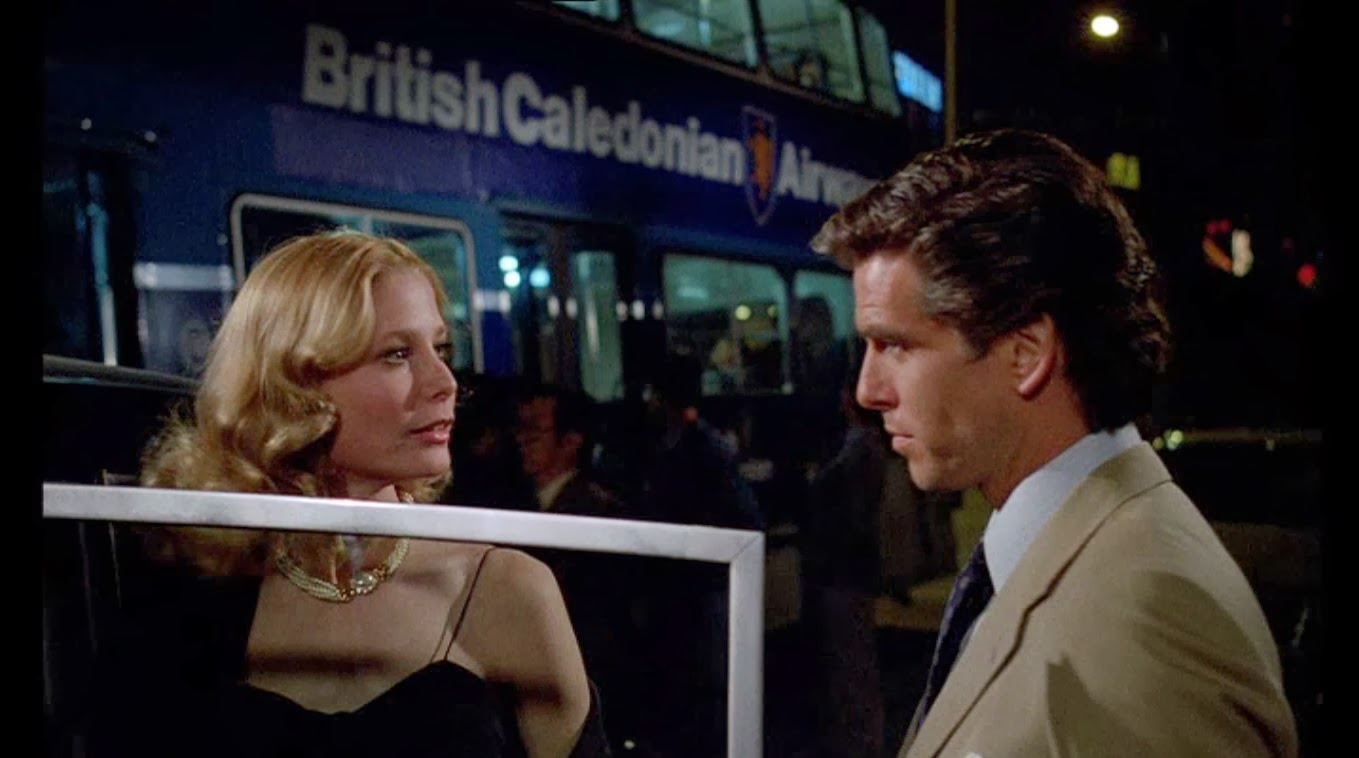 Sometimes the product placement gets a little ridiculous though.
After having invited Casey for dinner on board a djonk in Hong Kong Harbour, Ian Dunross is sending her away in his Rolls Royce. The Rolls is parked next to a bus stop where a bus with the British Caledonian logo is conveniently parked.


For one of the final scenes, the Shaun Tak centre in the Central district (which today houses the Macau ferry terminal) was remodeled as the departure terminal of Kai Tak airport. None of the interior scenes taking place at the airport were filmed on location at Kai Tak. One of the top floors of the Shaun Tak centre was converted to look like the departure terminal at the airport and signs of British Caledonian Airways were put up to give the right feeling.

Because BCal was one of only a few product placements in the series, you do not get the same "cheap feeling" as you sometimes get in a few of the Bond films like Moonraker and Die Another Day.

British Caledonian existed between 1970 and 1988 and was an independent airline that operated out of Gatwick airport. British Caledonian Airways had daily flights to Hong Kong before it was taken over by newly privatised British Airways in 1987/1988. Since Noble House was produced in 1988 this was probably the last time the airline featured in a film or TV-series.
Upplagd av R. Sterling kl. 23:31 No comments: