After escaping Kara's apartment in Bond's Aston, they drive down a street in Bratislava, supposedly located close to Kara's apartment. This scene lasts for less than two seconds, but here it is.

The short scene was filmed on a street in Vienna very close to the Volksoper, the opera house that doubled for the Conservatoire in Bratislava, and quite far from Kara's apartment. The Aston is coming in from Severingasse and drives down Schlagergasse, which is where this picture was taken. Not much else can be said about this location. Even though this is one of the locations with the least screen time in the series, it is still very satisfying to have found it. 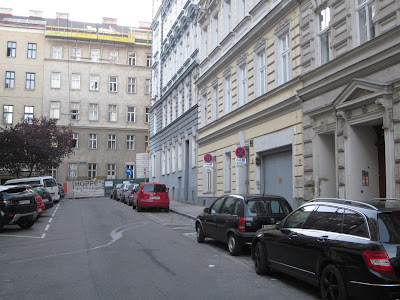 In The Living Daylights, Bond follows Kara from the Conservatoire. Unfortunately the KGB is waiting outside her apartment and stops the tram. General Pushkin, head of the KGB, takes her away for interrogation. For this scene, a part of western Vienna, along Antonigasse, was converted to look like Bratislava. 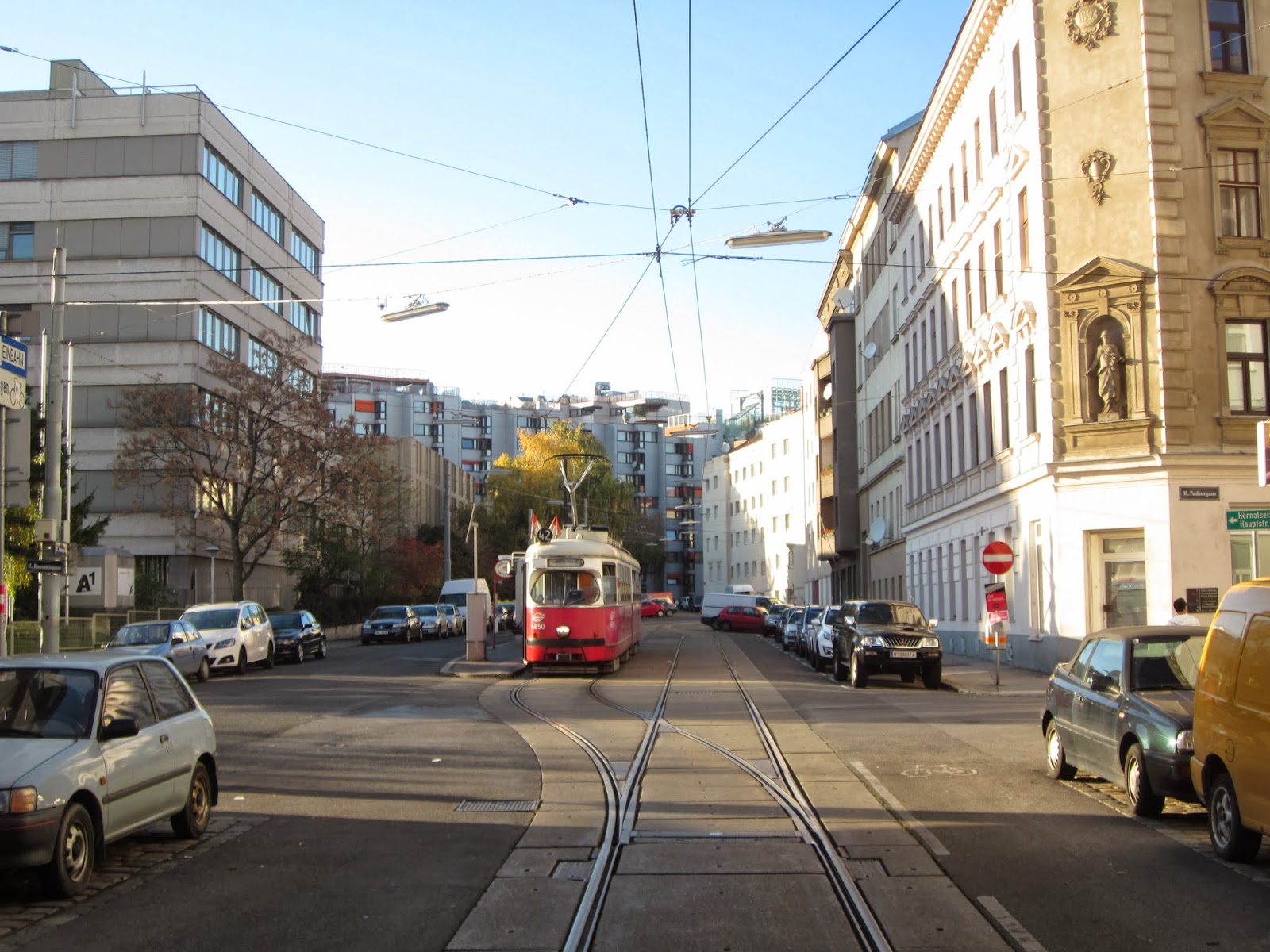 The area has not changed a lot since 1987 and the tram stop is still located in the same place in the middle of the street. The foto atelier on the right corner is gone, if there ever was one. Even though the city of Vienna has upgraded the trams during the last 25 years, some of the old trams can still be found around town, like the one in the picture above. This model is the closest you come to the one seen in the film. Kara's tram line in the film is 9 but the numbers have been changed. Today, the tram line that runs past Kara's apartment is number 42.

Pushkin arrests Kara and she is taken to the KGB headquarters. Bond is left behind on the tram with Kara's cello case, in which he later finds her address. Pushkin's car continues down the Antonigasse and the tram is turning left down the Sommarugagasse. Even this part of the street is very recognizable. 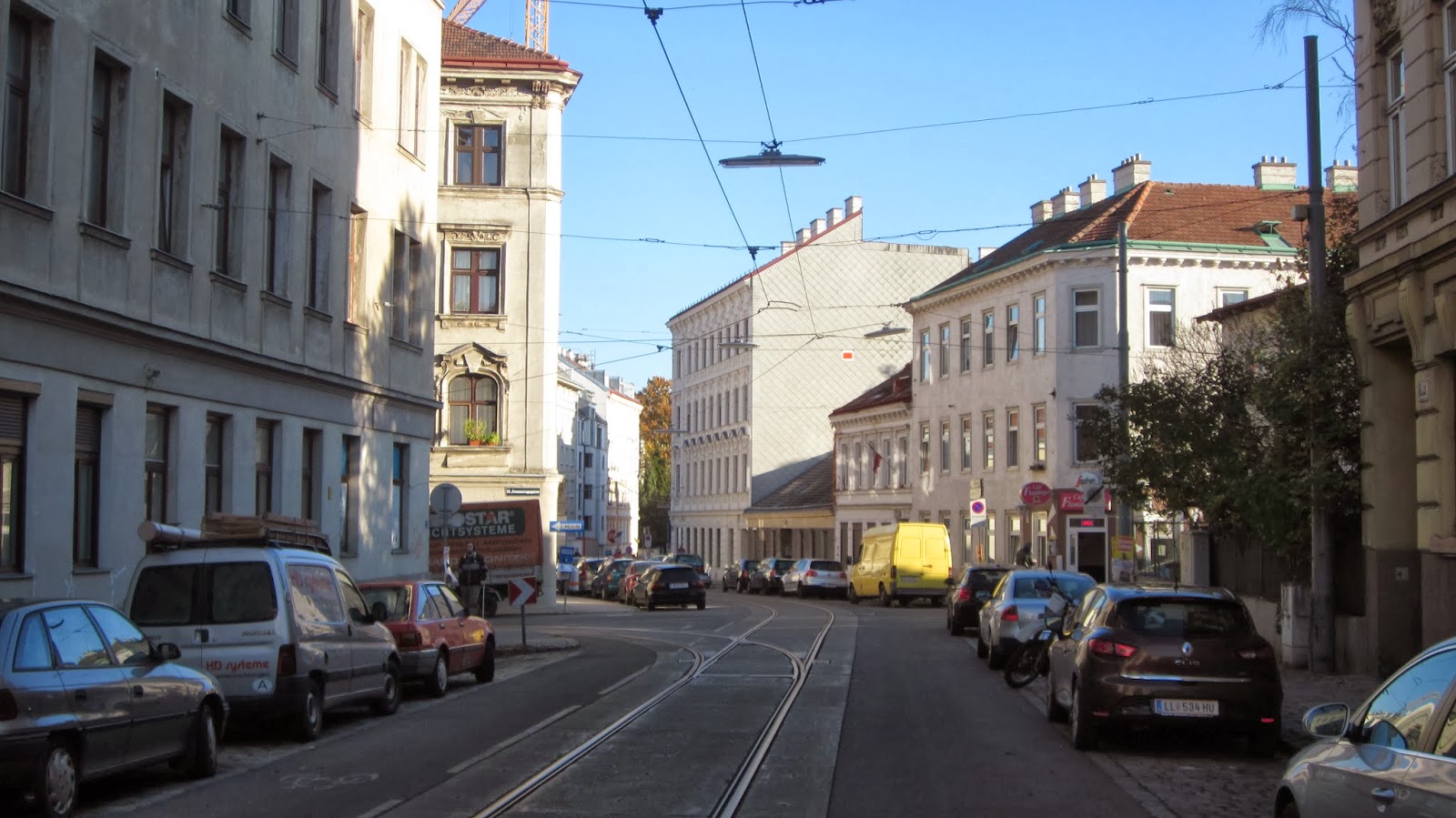 When Bond investigates Kara's Cello case, he finds her address on a card. The address is supposed to be Kvetinova' ulice č 27, which means something like 'flower street no. 27' in Slovak. Notice also the incorrect spelling of Bratislava (Bratislavia) which apparently is blooper. Milovy was a Czech town that inspired the filmmakers, but it is also the male form. If Kara would have been Slovak her last name should have been Milova.

When Bond and Kara are getting ready to escape from the apartment, a KGB agent is watching as Bond leaves the building. 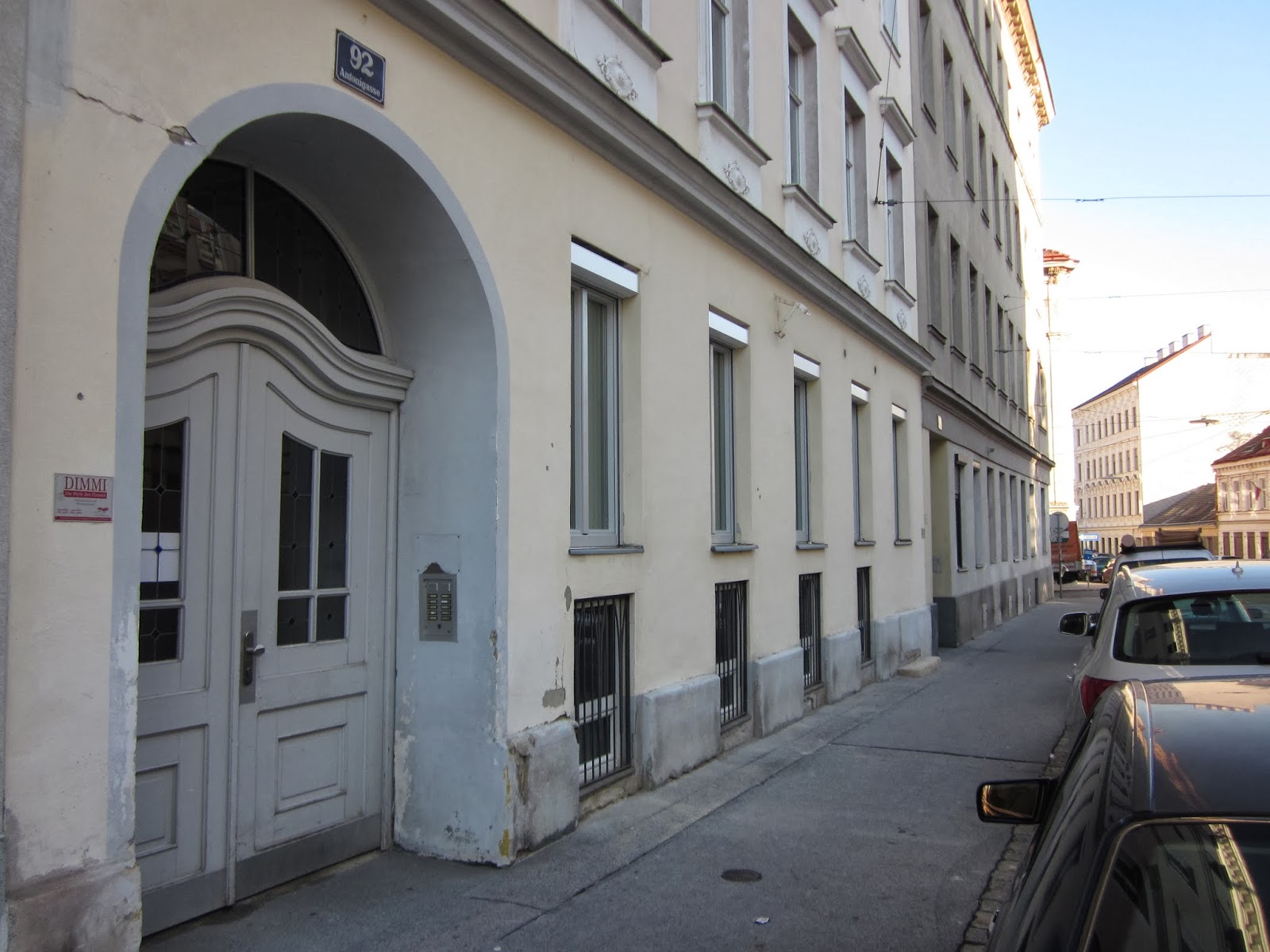 The correct address is Antonigasse 92 in Vienna. Why 27 was used in the film instead of the correct number 92 is unknown. The best way to get there is to take the tram from the Shottentor tram station in central Vienna. When you take tram 42 you arrive the same way as Bond and you can get off at Kara's station to enjoy this fairly untouched location.

The Shottentor station is located right next to Hotel de France, which was our hotel during the stay in Vienna. A very nice hotel conveniently located at Shottenring tram and U-bahn stations.
Upplagd av R. Sterling kl. 01:05 No comments:

Welcome back to a new year with James Bond Locations! 2014 starts off in Karlovy Vary, the Czech town that doubled for Montenegro in Casino Royale.

After killing General Obano and his right hand man, Bond hides the bodies in a closet at the bottom of the stairway at the Hotel Splendide. Mathis removes the bodies and hides them in a car at the hotel parking lot. The next morning, Bond and Mathis are watching the car park from the suite balcony. 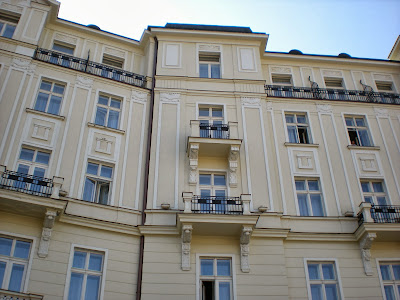 The same part of the hotel can be seen when Le Chiffre's car speeds away from the hotel after Vesper's kidnapping.

"-Did you have any trouble with the bodies?
-Less than some..."
-Bond to Mathis-

Mathis has hidden the bodies in the boot of a car parked at the Hotel Splendide parking lot. He has alerted the local police and they find the bodies when examining the car. Consequently, one of Le Chiffre's men is being arrested. This parking lot belongs to the Grandhotel Pupp and has staff on duty around the clock. It is also the same parking where Bond finds his Aston parked earlier in the film. 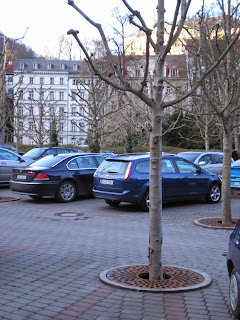 The car where the bodies are found is parked next to a manhole in the parking lot, which makes the exact parking space possible to identify.
Upplagd av R. Sterling kl. 00:22 No comments: