Bond and Dr Goodhead in Venice

In Moonraker, Bond follows a lead from California to the glass manufacturer Venini Glass in Venice. In the factory he spots Dr. Goodhead in a group of tourists. He follows her along the canal named 'Rio della Misericordia'. After catching up with Dr. Goodhead at Fondamenta Misericordia, covered earlier, Bond desperately tries to invite Dr. Goodhead for a dinner or drinks. Seen behind Dr Goodhead during the conversation is the canal 'Rio di Noale'. 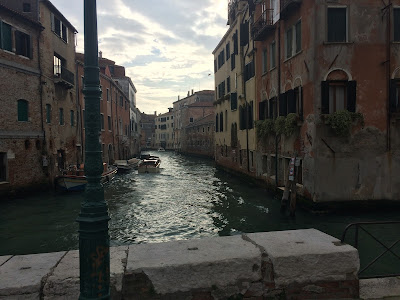 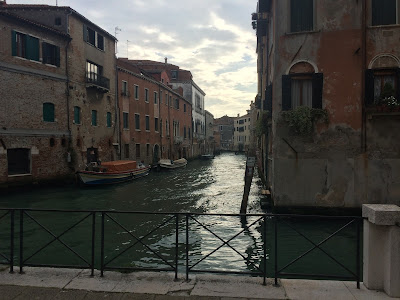 "-You're staying at the Danieli aren't you?"

Hotel Danieli, where Dr. Goodhead is staying and where Bond later surprises her in her bedroom, is a luxury hotel and one of the finest in Venice. One night is about €500. 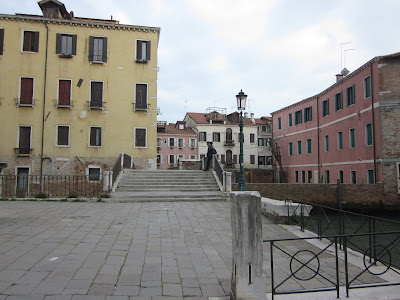 This brief scene was filmed only a stone's throw away from where the gondola is cut in half later in the film, during the gondola chase.
Upplagd av R. Sterling kl. 14:37 No comments: 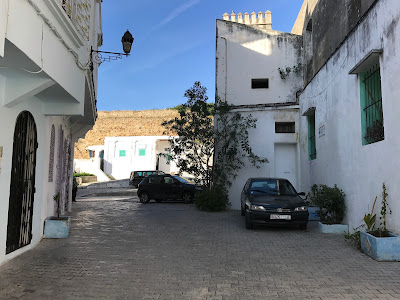 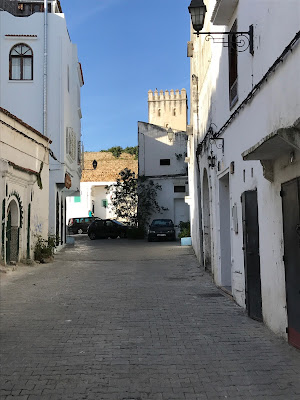 The narrow street is named Rue Riad Sultan and runs along the north wall surrounding the Kasbah. 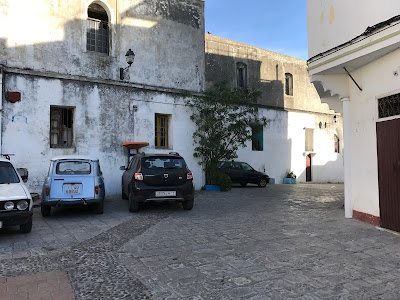 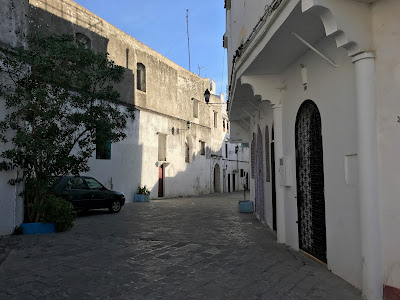 The scene is actually screen accurate, since Rue Riad Sultan runs all the way from the square where Bond has parked, along the stone wall and up to the location in the top picture.