Back to Tangier - Spectre

In Spectre, more than a few locations have been reused as locations for Bond, such as Austria, Morocco and the Thames in London. After finding Dr Swan in the Austrian alps, another Bond location re-used, she takes Bond to Tangier, to find her farther's hotel, L'Americain, covered earlier. In the first scene, Bond and Swan are walking up some stairs in the middle of that city. 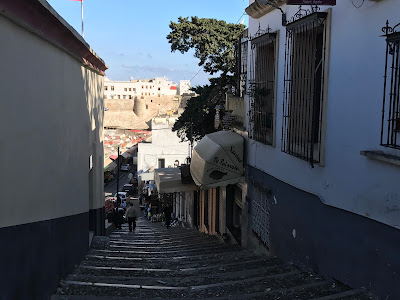 These steps are called Escalier Waller and can be found on Rue de la Liberté. Bond and Swan are coming up from Rue Amerique du Sud and walk up the steps which ultimately intersects with Rue de la Liberté. The only thing that made this location possible to identify is the restaurant with the white marquis located on the right side as you look down the steps. This restaurant is called 'Restaurant Populaire Saveur de Poisson', which can be read on the white marquis. This name can namely be seen in the film as well, but on the wall opposite the restaurant. 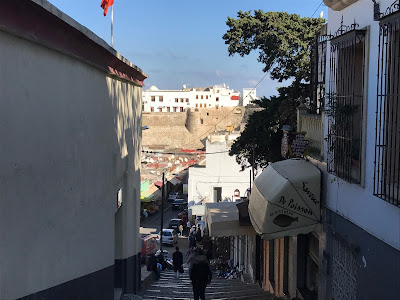 I becomes evident on location that the nice view over the bay of Tangier, seen in the film, was created through CGI. You cannot see anything of the sea from these steps at this location. It is a pity since Tangier is such a beautiful city with lots of stunning locations that could have been used instead. They also added a "warm color" to the film in the scenes filmed in Tangier. 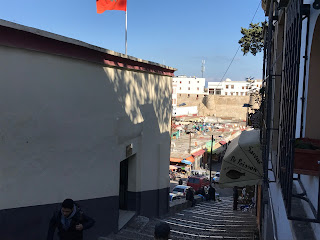 The restaurant Saveur de Poisson is a very good restaurant but very simple. There is no menu and a fixed price of approximately 200 Dirham, so you just wait at the table for the different courses to arrive, sometimes served in simple bowls with wooden spoons. But the food is excellent and there is always a queue outside so make sure to be there when they open. A visit is highly recommended. 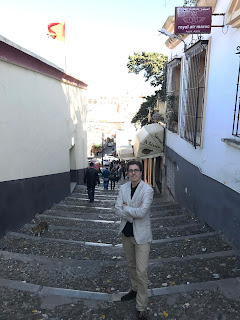 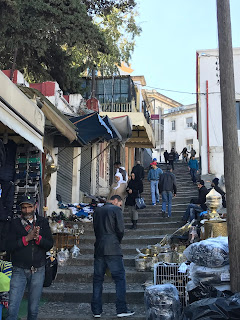