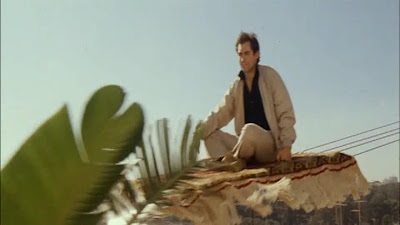 On this day, 12 February 2017, it is exactly 30 years ago since the principal photography of The Living Daylights finished. The filming wrapped with filming the scene where Timothy Dalton watches 004 fall to his death in Gibraltar on 12 February 1987. To mark this 30 year anniversary this post will cover the location from a deleted scene filmed in Tangier - the scene with Bond riding on a "flying carpet". 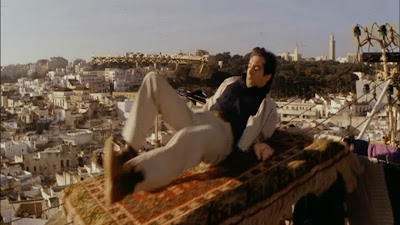 After faking the assassination of general Pushkin during the Trade Conference Bond escapes over the rooftops pursued by Moroccan guards. Bond's escape, and the scene that was deleted from the finished film, originally ended with Bond sliding down a rug on top of telegraph wires, looking like Bond is riding a "magic carpet", and landing on the back of a tradesman's motorcycle. The scene was filmed by the Kasbah, just outside the wall surrounding the old Medina in Tangier. This was the same location used for filming one of the scenes in Spectre. 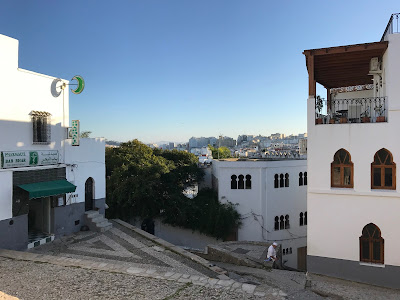 In the deleted scene, Bond buys a carpet from a salesmen on one of the rooftops. After escaping a few more bullets, Bond places the rug on some telegraph wires and slides off. The building from where Bond slides down is a restaurant today and you can access the roof from the dining room on the second floor. From here you basically have the same view as Dalton in the picture below. The carpet ride ends with Bond jumping down onto a passing motorcycle, this scene was filmed at the nearby street Rue Amrah. It was a lucky move to remove this scene from the film as it had too much of a "Roger Moore-feeling" over it and would have slowed down Bond's otherwise cool escape over the rooftops. 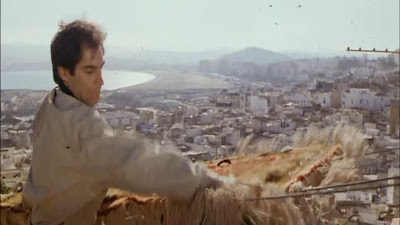 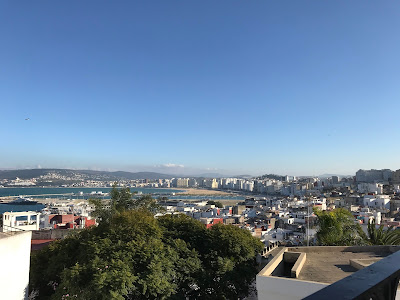 The guards that pursuit Bond as he escapes over the rooftops come out through a large gate to the Medina, this gate is called Bab el-assa. Sharp little eyes will of course notice that this is the same gate that Bond and Swan walk through in Spectre on their way to L'Americain. 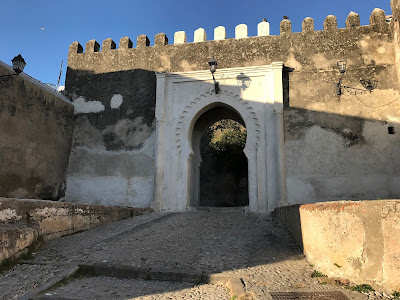 The Living Daylights premiered on 27 June 1987 at the Odeon Leicester Square in London and shares anniversary this year with You Only Live Twice, The Spy Who Loved Me and Tomorrow Never Dies. 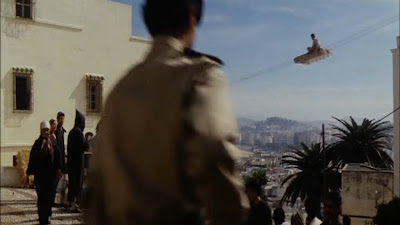 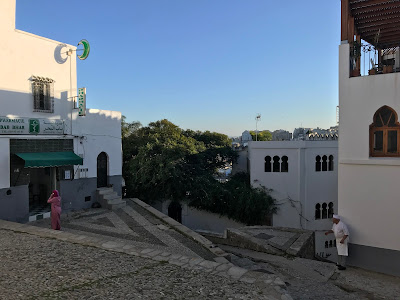 The entire scene can be found on Youtube here including a short explanation by director John Glen why the scene was removed. 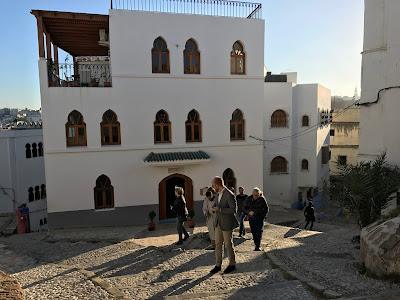