In You Only Live Twice, Bond visits the headquarters of Osato Chemical & Engineering Co Ltd in Tokyo, which in fact is a front for Spectre in Japan. Bond, posing as the managing director of a British chemical company, is meeting with Mr Osato, who is a Spectre agent working for Blofeld. The entrance is seen for the first time as Bond is taken there by one of the assassins after the murder of Dikko Henderson, believing that Bond is the accomplice. The following morning Bond arrives to Osato in a taxi for a scheduled meeting. 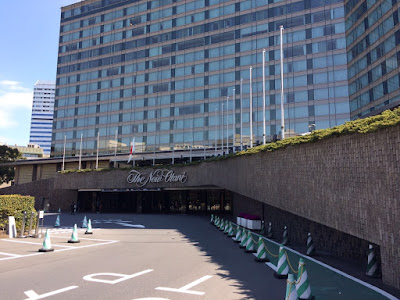 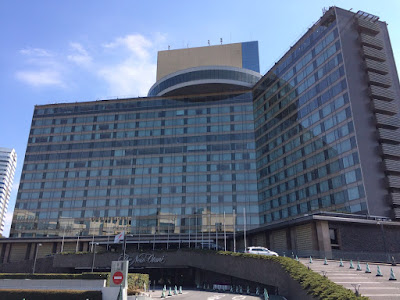 For the exterior of Osato's headquarters, the tallest building in Tokyo was used, namely the large hotel called The New Otani Tokyo. In the film Osato's office is located in the round extension on the top floor. The top floor is seen twice in the film when the camera pans up from the entrance, both at night and the following morning when Bond arrives an a taxi.

The entrance is seen when Bond escapes from Osato's office at night. One of the guards fires at Bond, and he returns the fire and kills the guard. A few seconds later Aki arrives to save Bond in her Toyota. They drive off and she takes Bond to meet with Tanaka. 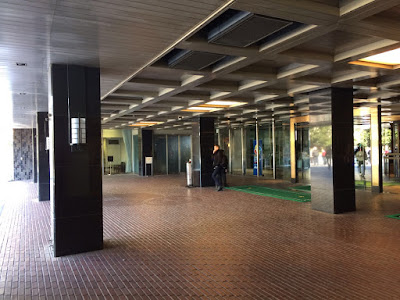 The full exterior of the building is only seen briefly once as Osato arrives in his helicopter with his confidential secretary and Spectre agent, Helga Brandt. 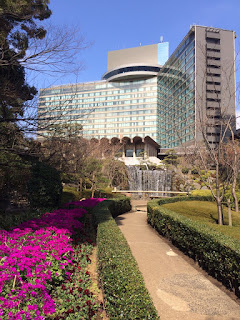 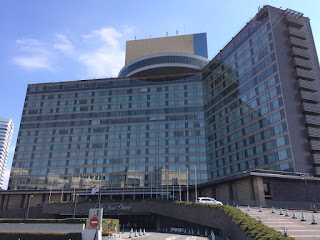 The New Otani Tokyo opened in 1964 and was the tallest building in Tokyo until 1968 when the Kasumigaseki Building was completed. It became famous during this period for the revolving restaurant on the top floor.