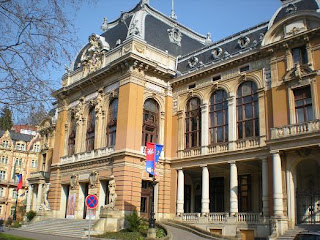 In Casino Royale Bond is sent to Montenegro for a high stakes poker game against Le Chiffre. Filming took place in Karlovy Vary, Czech Republic. For the Casino building the producers used one of the most beautiful buildings in Czech Republic, ‘Lazne I’ or Spa I, the former ‘Kaiserbad’. It lies a few minutes outside the heart of Karlovy Vary on Mírové náměstí. Just like in the film, the building is situated a few hundred meters from The Grand Hotel Pupp, the hotel that doubled for Hotel Splendide.

The town being an old spa town 2 h west from Prague is truly beautiful and consists almost entirely of historical buildings, where the Kaiserbad Spa and Grand Hotel Pupp being the two crown jewels. 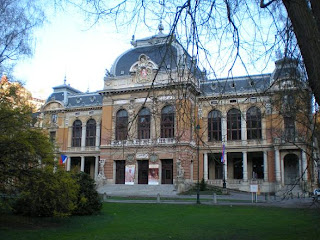 Some interior shots were filmed inside. For example when Bond is walking thru the Casino. The Salon privée was later shot in studio. The Spa is sometimes open for visits, usually between 10 am.- 4pm.

Easiest way to get to Karlovy Vary is to take the E48 from Prague. In Karlovy Vary you can also find the Montenegro train station and the road the Daimler travels after picking up Bond and Vesper from the train station or ‘The Mill Collonade’. 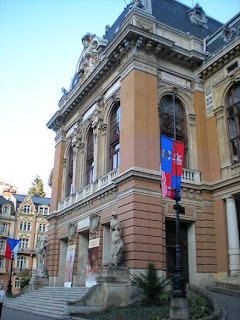