As the Olympics is about to begin and it coincides with Her Majesty's diamond jubilee it is appropriate to look at one of the most classic locations in London - Buckingham Palace. Even though the Queen has been visible on portraits and mentioned in several of the films it would take until 2002 and Die another day before Buckingham Palace would become a real Bond location. Gustav Graves is about to be knighted and Bond is watching his grand entrance while blending in among some reporters. 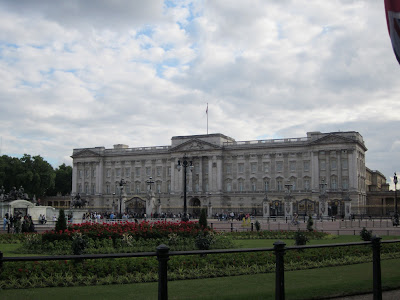 The scene outside Buckingham Palace was filmed on an early morning in april 21, 2002. 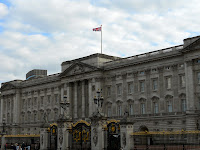 Buckingham Palace is of course the official residence and office of Her Majesty the Queen as the British Monarch. Being one of the most popular tourist attractions in London, the changing of the Guard is watched by numerous thousands every week. The Union Flag, 'Union Jack', is flown above Buckingham Palace, Windsor Castle and Sandringham when The Queen is not in residence. When the Queen is in residence at Buckingham, the Union Standard is flown instead of 'the Jack'.


"What did you expect, a knighthood? Why don't you read it..."
-Moneypenny to Bond, On Her Majesty's secret service-

The press are waiting just outside Buckingham Palace in front of the Canada Gate, which is an entrance to Green Park, one of the four central London "Royal" parks. 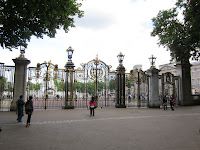 Graves is walking through the gates and two Range Rovers are driven up. The gate is normally locked but was open especially for the film and bears the emblems of the seven Canadian provinces of the early 1900. It was presented to London by Canada as part of a vast memorial scheme dedicated to Queen Victoria, who had died in 1901. Commissioned in 1905, along with the gates for Buckingham Palace and two other similar gates presented by Australia and South Africa, it was completed in 1911. 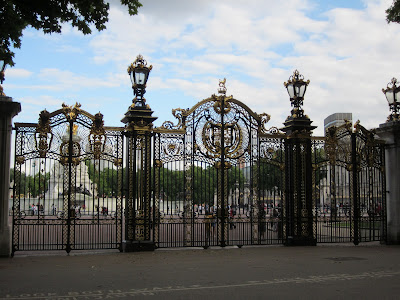