In The man with the golden gun, Bond travels back to the British territory of Hong Kong after a quick visit in Portuguese Macau. So basically Bond is traveling within Europe. He arrives at the 'Hong Kong - Macau ferry pier' in the Sheung Wan district on Hong Kong Island. 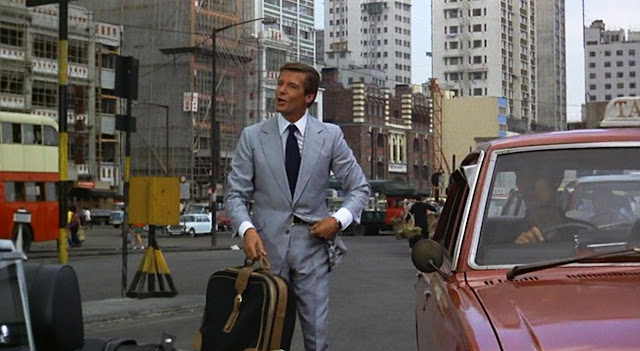 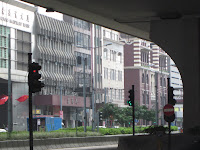 The only building that is still recognizable and that makes it possible to identify the place is ''The Western Market'' along Connaught Road Central. This building is one of the oldest surviving structures in Sheung Wan and the oldest market building in the city. Originally consisting of two blocks, the South Block, built in 1858, was demolished in 1980 and replaced by the Sheung Wan Complex. But the North Block is of more interest for us, since this is the building seen in the film. It was built in 1906 in an Edwardian style that was popular in England in the early 1900's. 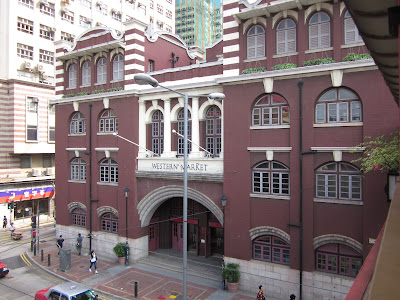 It was a food market until 1988 and it was declared a national monument in 1990. Today the Western Market houses various souvenir shops, cafés, fabric merchants and a big restaurant on the top floor. The building is located at 323 Des Voeux Road Central, facing Connaught Road and occupies a whole city block.
It is an understatement to say that Hong Kong has changed since 1974... Apart from not being a British colony anymore, the entire city has been filled with skyscrapers and bigger roads. The Connaught Road Central is today an elevated highway that runs through the Sheung Wan district. But you can still find some gems from the past, for instance The Peninsula Hotel, that still keeps the British end up! 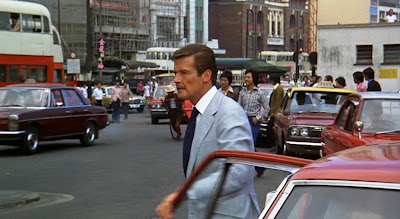 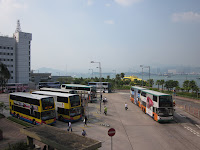 The red taxi Bond is getting into is a Datsun 200C. Today they have been replaced by the Toyota Crown Comfort taxis but they are still red in central Hong Kong and Kowloon. The central bus terminal that is seen behind Mary Goodnight (just opposite the terminal entrance in the film), has been moved to the left of the ferry terminal just by the water. The man powered rickshaws, seen in the background (and outside the bottoms up) exists nowadays only as a tourist attraction and are extremely expensive. 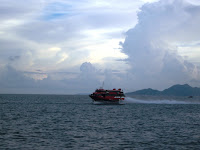 Bond follows Miss Anders from Macau on the Jet Hydrofoil. The boat carries of course the red ensign of the British Empire and passes one of the outlying islands between Macau and Hong Kong. Which island, is yet to be confirmed. The route Hong Kong - Macau is still served several times a day by the boat companies TurboJET and First Ferry. I strongly recommend the 'super class' tickets when traveling to or from Macau. For an extra HK$100 you get a light meal, free beverages, coffe/tea and you get to sit on the upper deck of the hydrofoil. 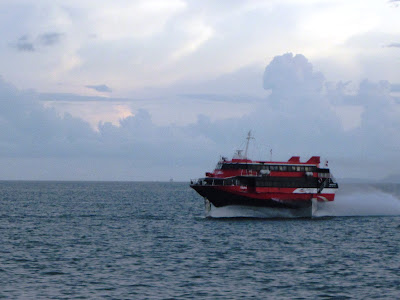 When traveling from Macau you can either arrive at the the Macau ferry pier in central on Hong Kong Island or to the terminal in Kowloon. The terminal on Hong Kong Island is still located in the same place as it was in the film but the exterior has changed for obvious reasons. Today the ferry terminal is housed in a big shopping mall and the entrance is not as modest as it was in 1974. If you are in a hurry and have an extra 2000 HK$ to spare you can use the helicopter service available between Hong Kong and Macau. The flight takes about 15 minutes. 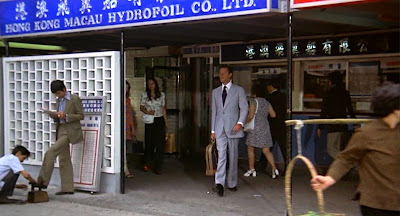 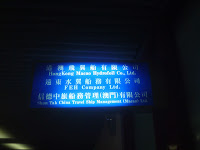 The company name ''Hong Kong Macau Hydrofoil Co. Ltd.'' seen on the sign above the entrance is a subsidiary of 'Shun Tak - China travel shipping investments Ltd.' and operates under the name TurboJET so the same ferry company used by Bond is still around today, though under a different name. The name Shun Tak can now be seen on the ferry terminal entrance, a nod to the old sign seen in the film.

Again, Director Guy Hamilton fails to show the beautiful parts of Hong Kong and the only establishing shot we get is the sign of the ferry company. Even the few minutes in Die Another Day is more appealing than the entire section of The man with the golden gun. 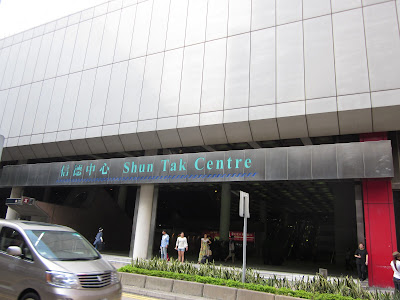 "Ahead you can now see Kowloon. And on your right, Hong Kong Island."
-Hydrofoil steward- 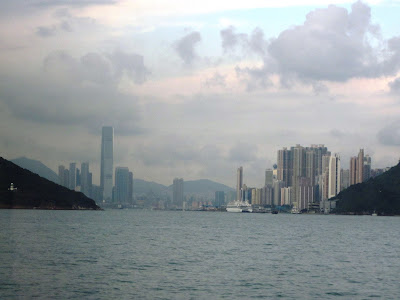 The tallest building in Hong Kong, ICC, is located on the Kowloon side and the skyscrapers to the right are located on Hong Kong Island.