A street in Bratislava

In The Living Daylights Kara takes the tram back home from the conservatoire after her afternoon practice concert. The tram is passing a street crossing somewhere in "Bratislava". Bond watches her on the tram before they arrive at Kara's apartment, where she is abducted by the KGB. 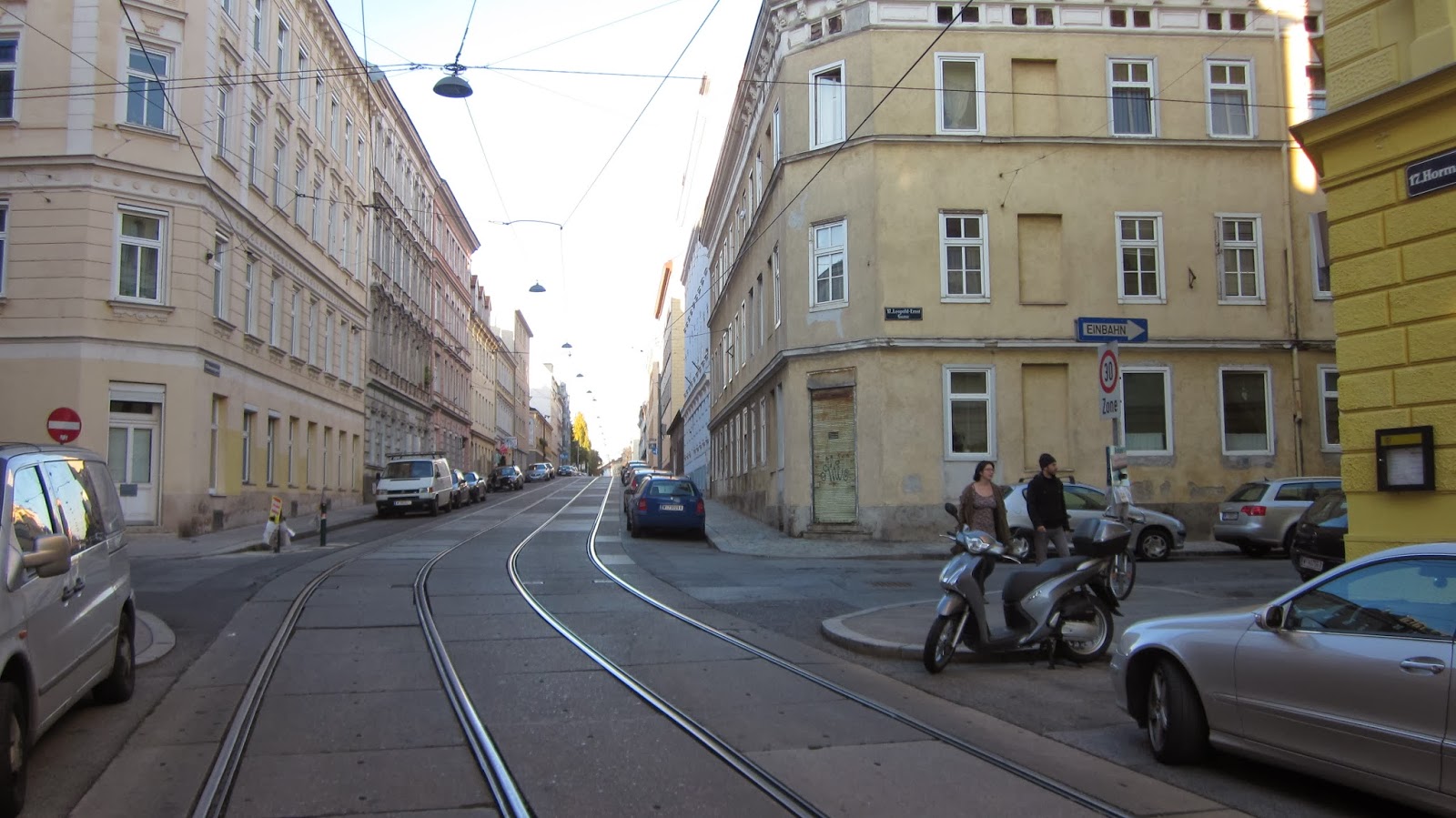 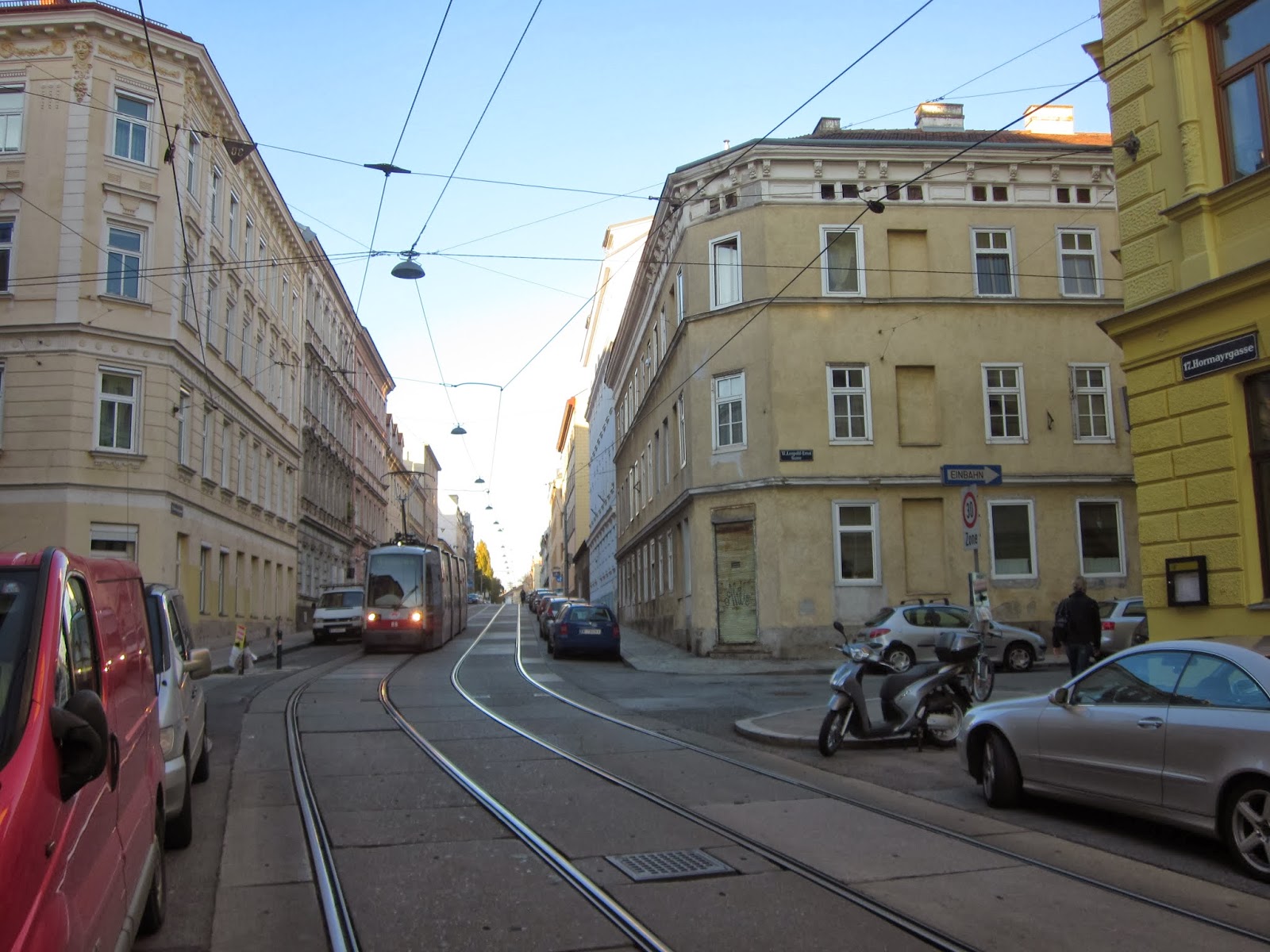 This establishing shot was filmed along the tram track 9 in Vienna. The particular street crossing can be found at the intersection between Hormayrgasse and Leopold Ernst-Gasse in the western part of Vienna. In the film, the tram number 9 is briefly visible. The tram line 9 is still running past this location today. Not much else can be said about this place except that it is still very recognisable.

A ''Einbahn'' (one way) sign can be seen to the right and it gives away this location not to be set in Bratislava. 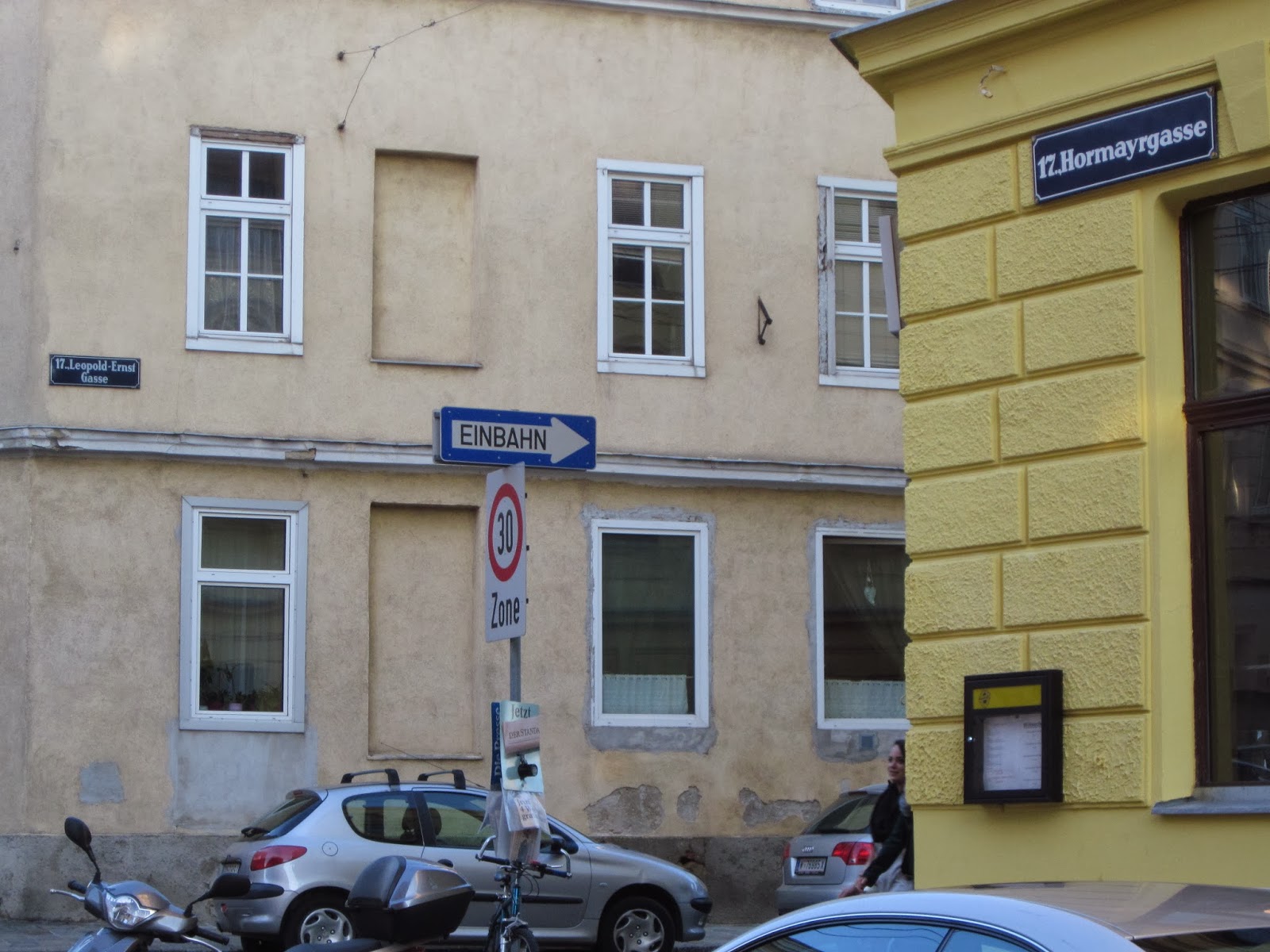