In Die Another Day Bond checks into El Grand Palacio Hotel on the fictitious island Los Organos. Bond, posing as an ornithologist, orders a Mojito as he observes Jink and La Clinica Alvarez. Through the bar you see a fort, Castillo de Santa Catalina, in the background. This is however not the same fort that served as La Clinica Alvarez, but both forts are located on either side of this beach and are visible from the bar. The bar was constructed for the film and is sadly, as non-existent as Bond's hotel (which is a maritime centre in reality). 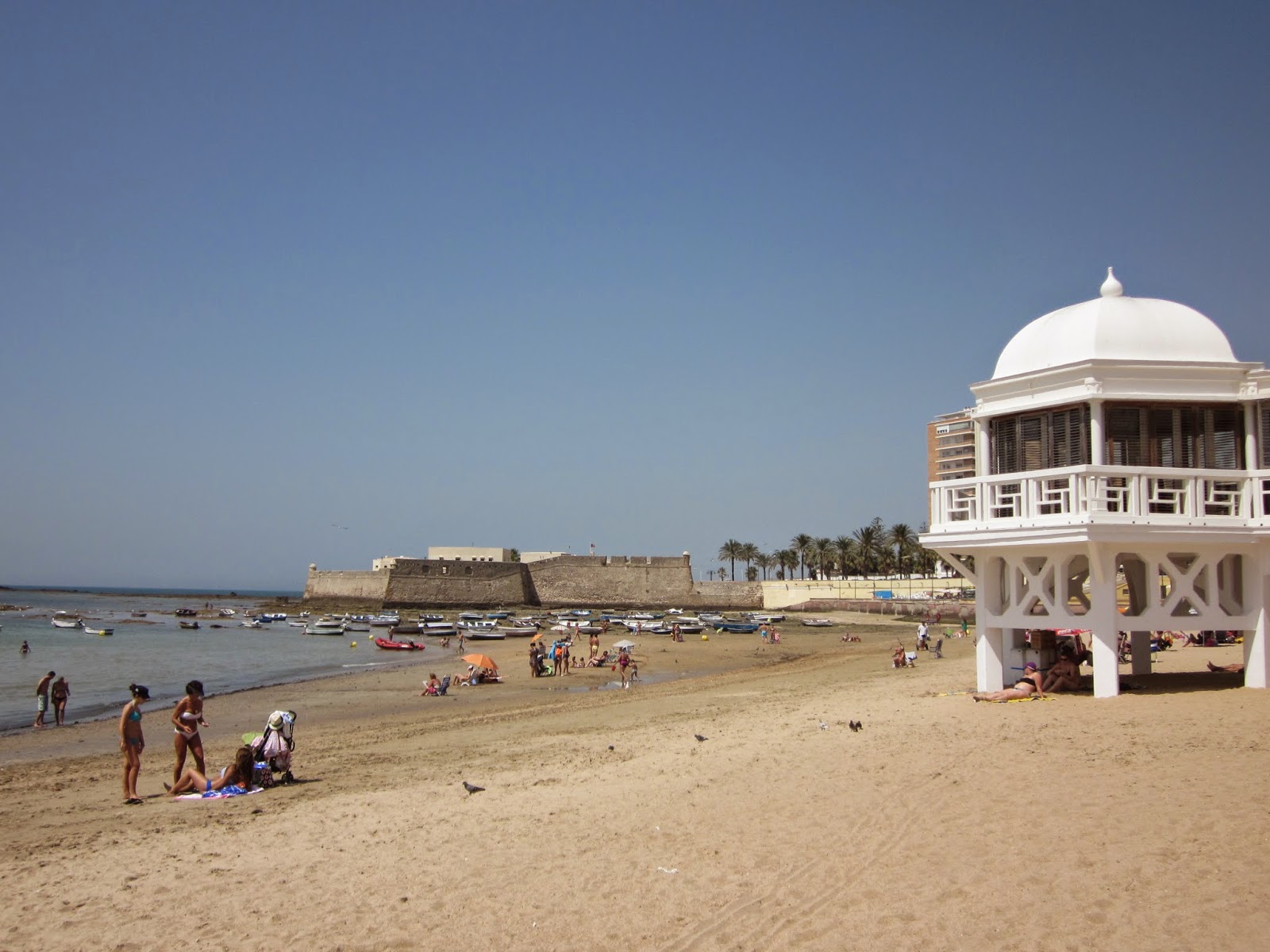 The bar was built in front of the maritime centre, Centro de Arqueología Subacuática de Andalucía covered earlier, that doubled for Bond's hotel in the film. La Castillo de Santa Catalina is a 16th century fort, situated on the right side of Playa La Caleta, the beach which is the location of Bond's hotel. This beach is located in the heart of Cádiz and packed with people during the weekends. If you want to visit this location in peace, it is a good idea to get there early (before 10 am) or late in the evening.

The dialogue between Bond and Jinx is extremely poor in this scene and sometimes even painful to watch. Halle Berry's acting is perhaps one of the bigger jokes, among quite a few, in this film. She clearly did not earn her Oscar for her portrayal of Jinx... With that said, the Cuban scenes, especially the scenes with Raoul, are among the highlights of the film, and Cádiz is spectacular as a Bond location.
Upplagd av R. Sterling kl. 19:54