Arriving at the Grand Bazaar 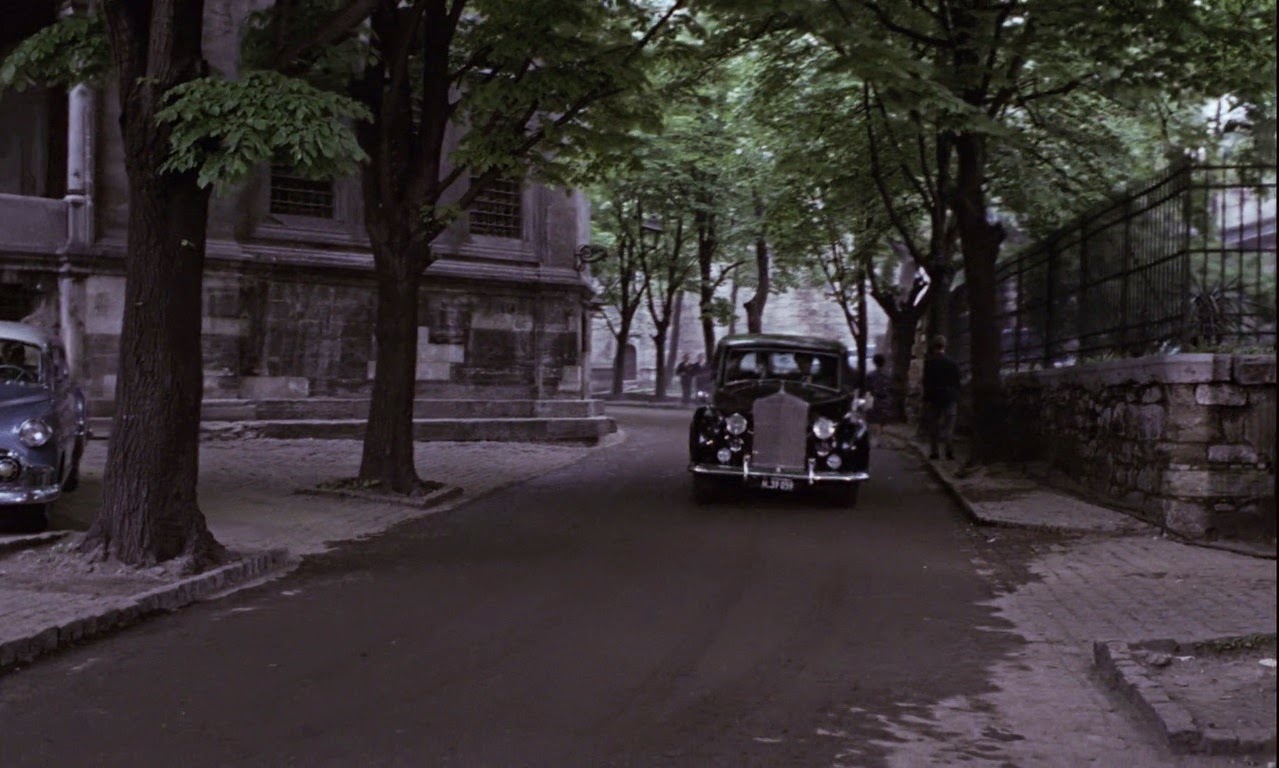 In From Russia With Love, after being picked up at the airport by Ali Kerim's son, Bond is driven through Istanbul to meet with Kerim Bey in his office. Bond notices that a black Citroën is following them and he is told that they are Bulgarians working for the Russians. After driving past some typical Ottoman houses, the arrive at the Grand Bazaar. Kerim's son parks the Rolls Royce just outside the Bazaar. 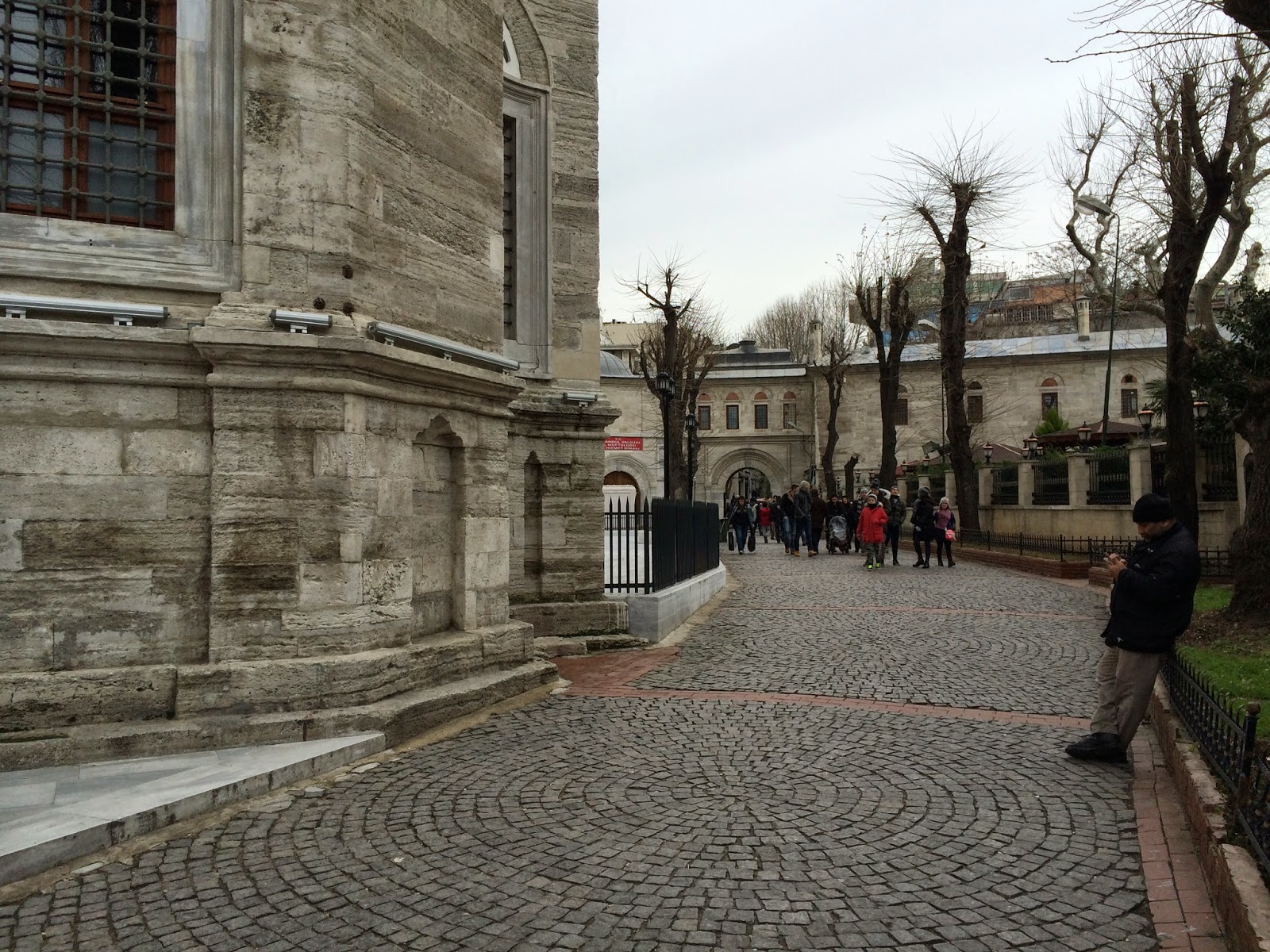 They arrive at the Nuruosmaniye Mosque, located right next to the Grand Bazaar. The lower part of the mosque is visible in the film as the Rolls parks. The narrow road leading up to the mosque is today a walking street and you should not expect to be able to drive in with a car. Just outside the mosque is a large parking, mostly filled up with tourist buses. 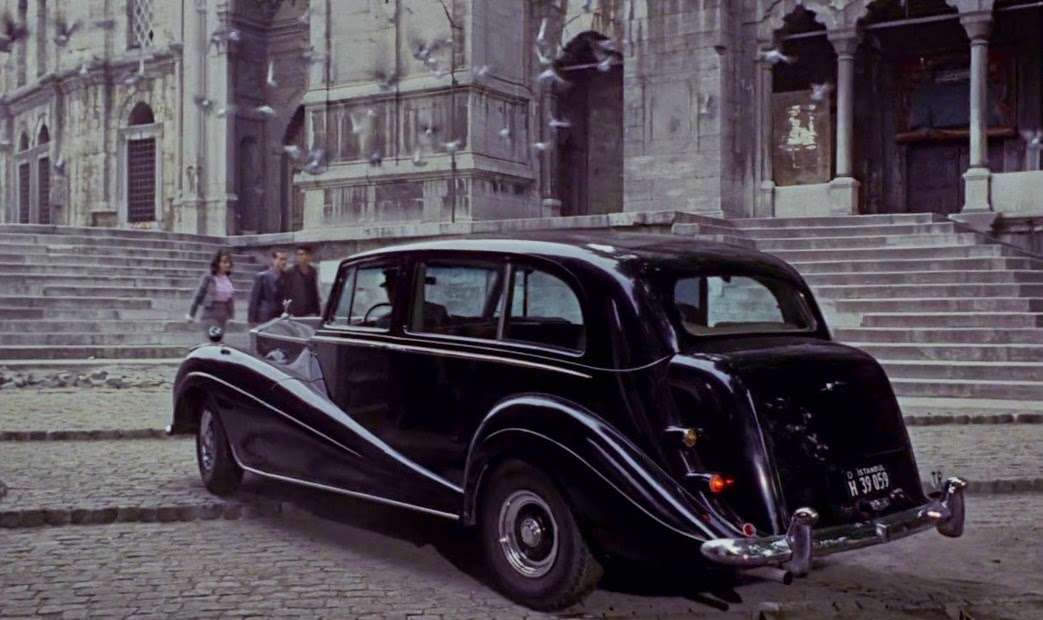 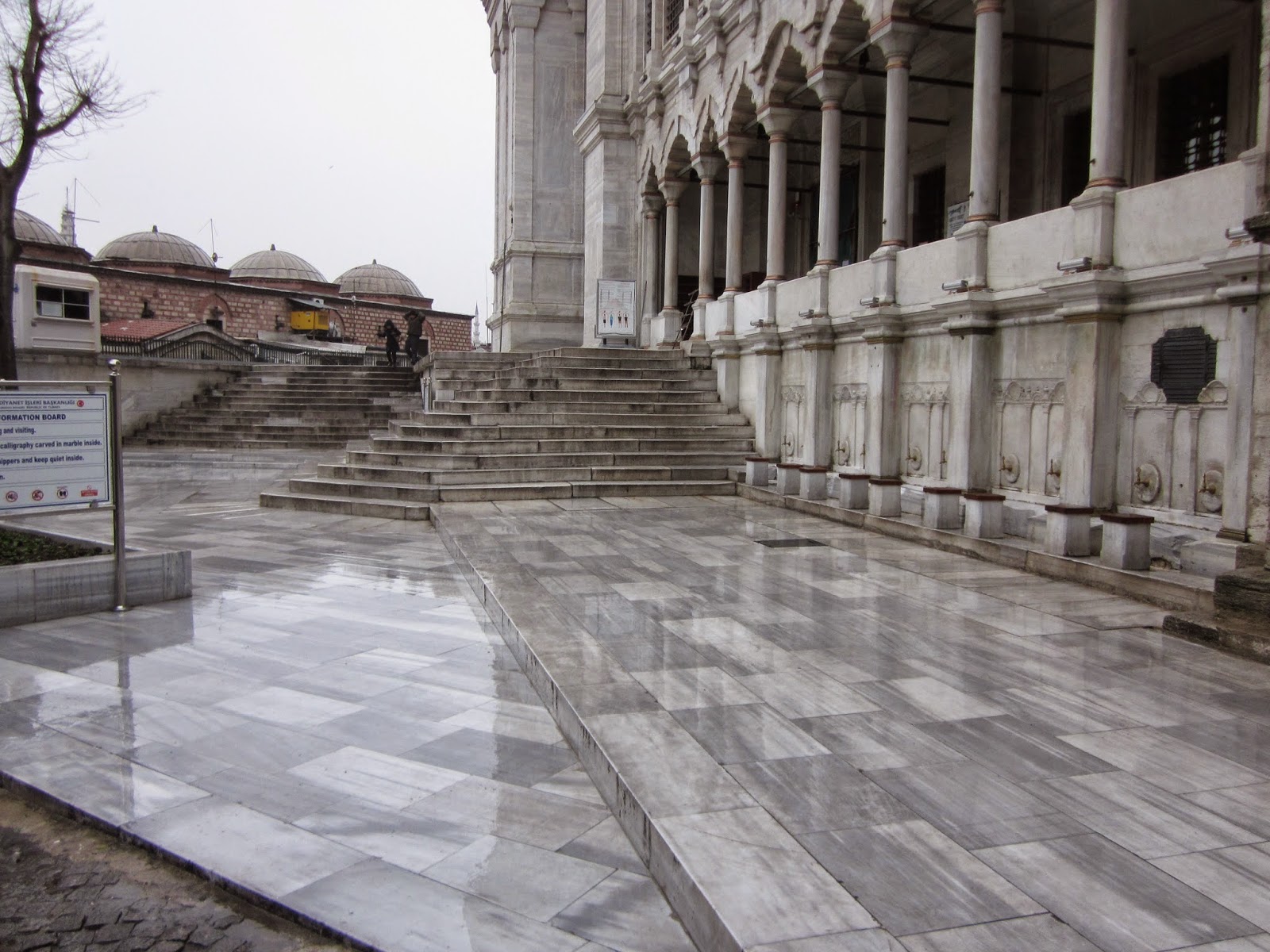 The Grand Bazaar and the mosque can be found in the Çemberlitaş neighborhood in the Fatih District. The facade and the place in front of the mosque visible in the film has not changed notably since 1963 apart from the stone pavement. 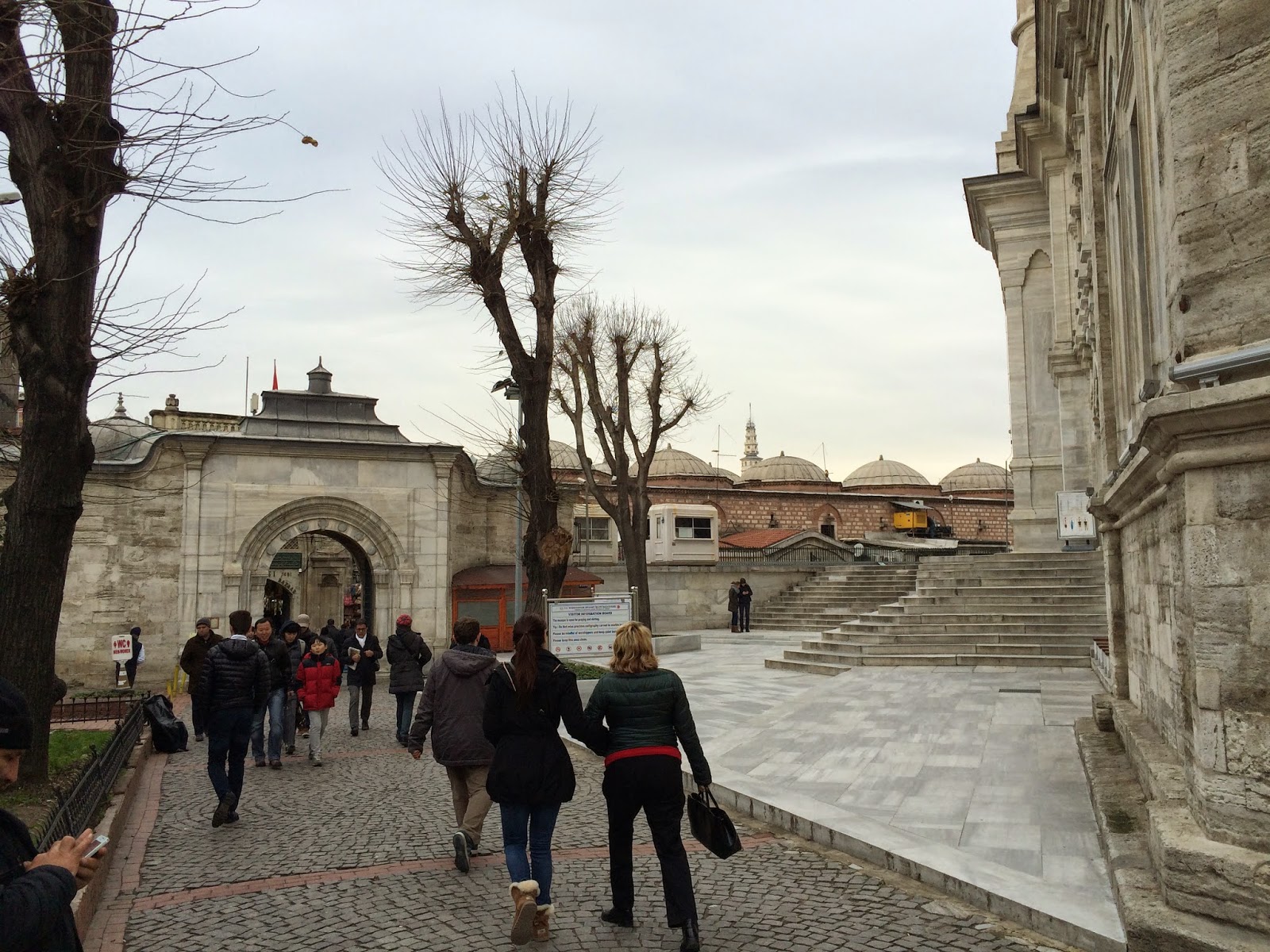 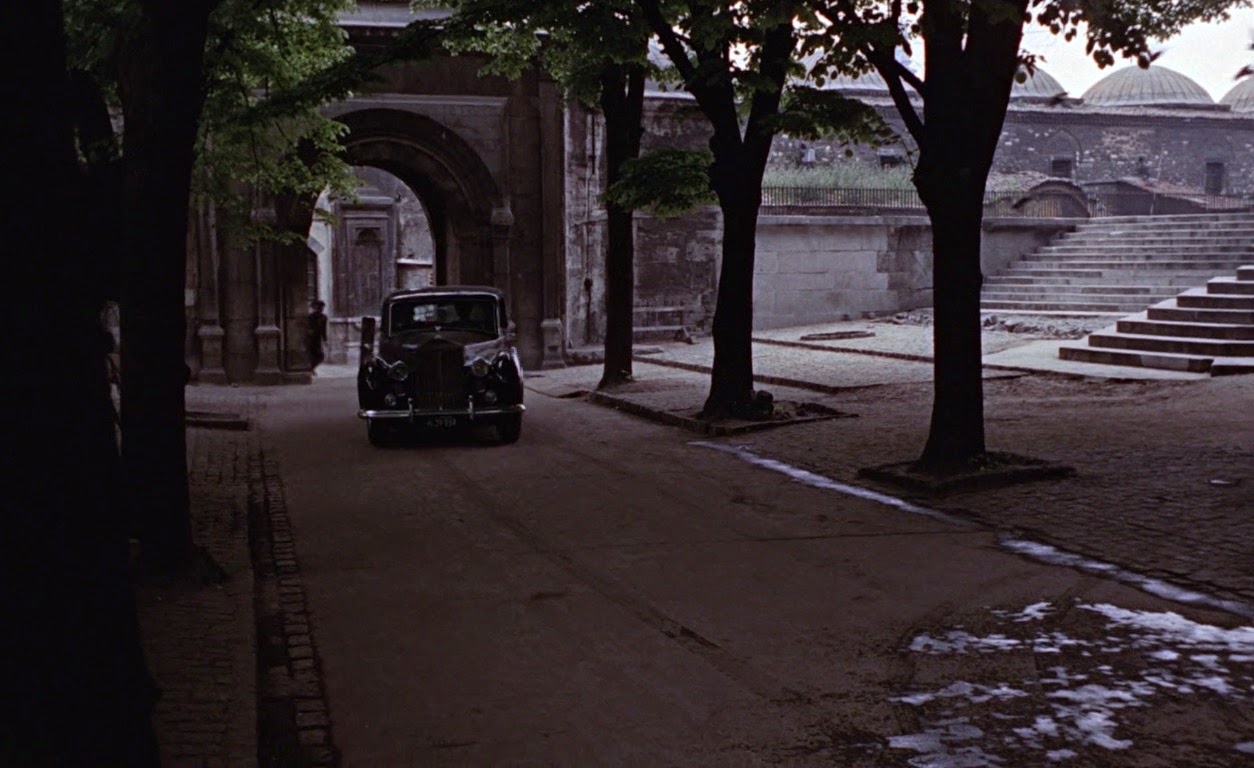 Later, when Bond is driven back to his hotel after the meeting with Kerim Bey, the Rolls makes a turn on the small square. Behind it is the main entrance to the Grand Bazaar visible. 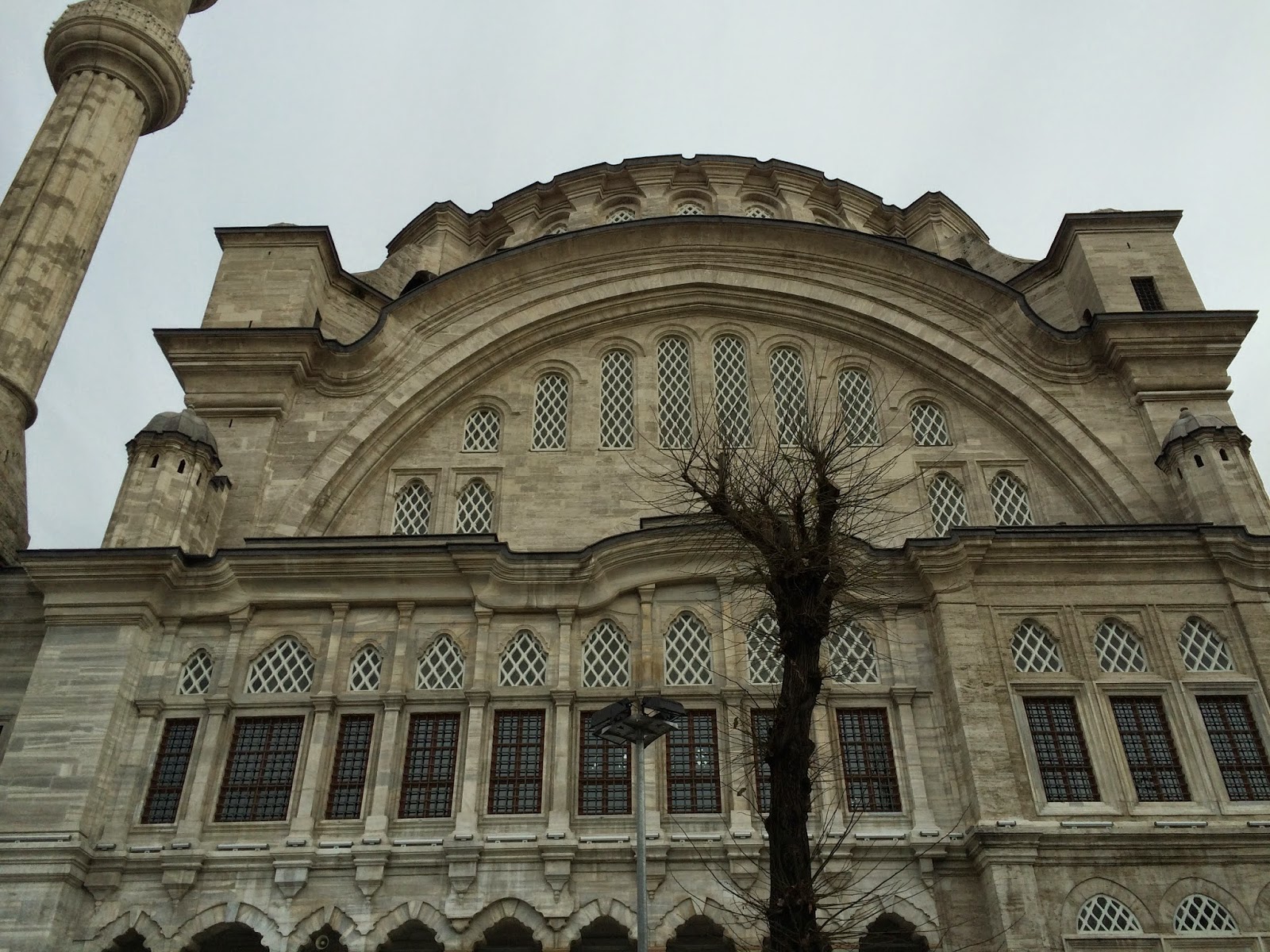 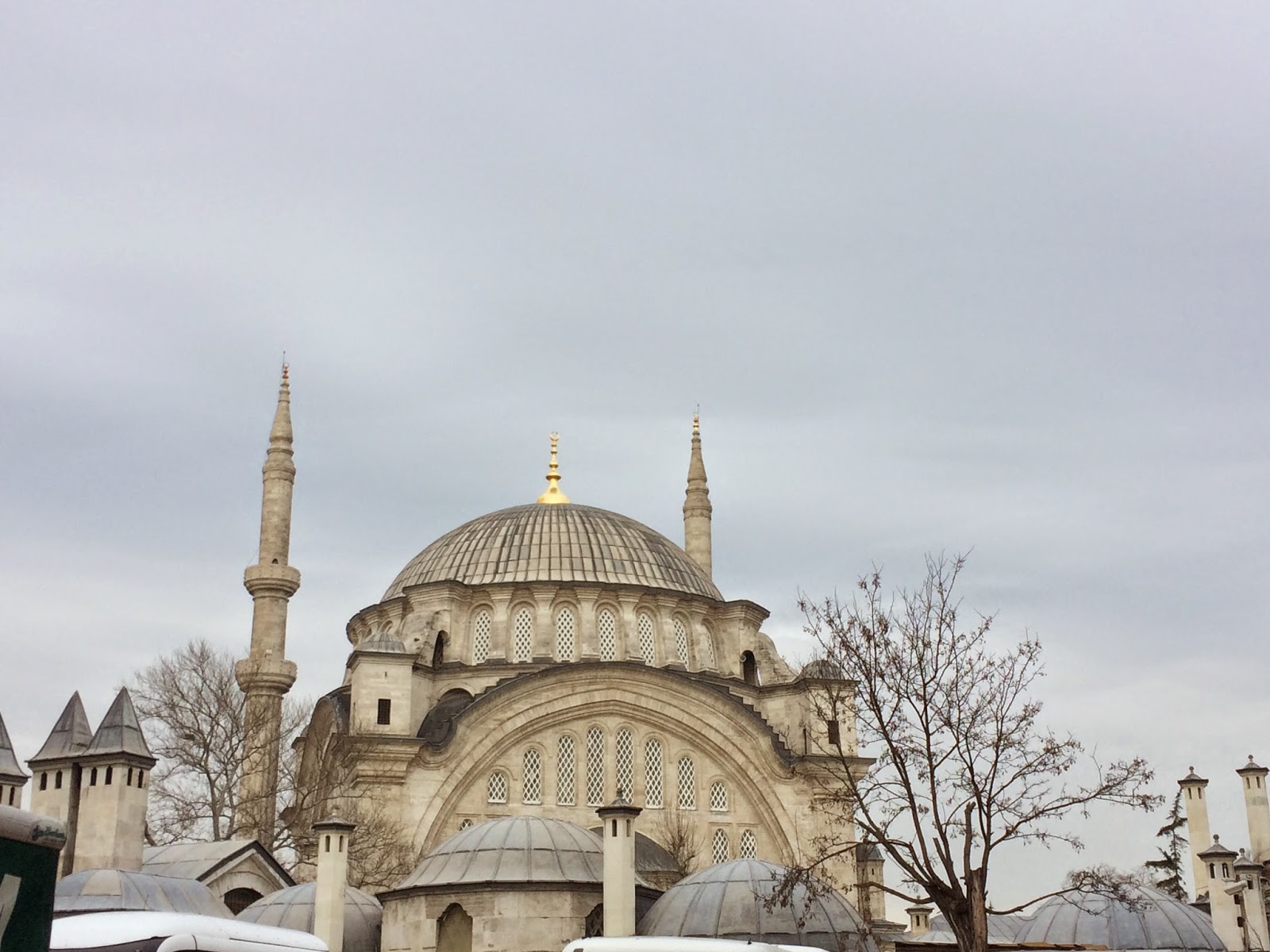 The Nuruosmaniye Mosque was constructed between 1748-1755 and is considered to be one of the finest examples of an Ottoman baroque style mosque. 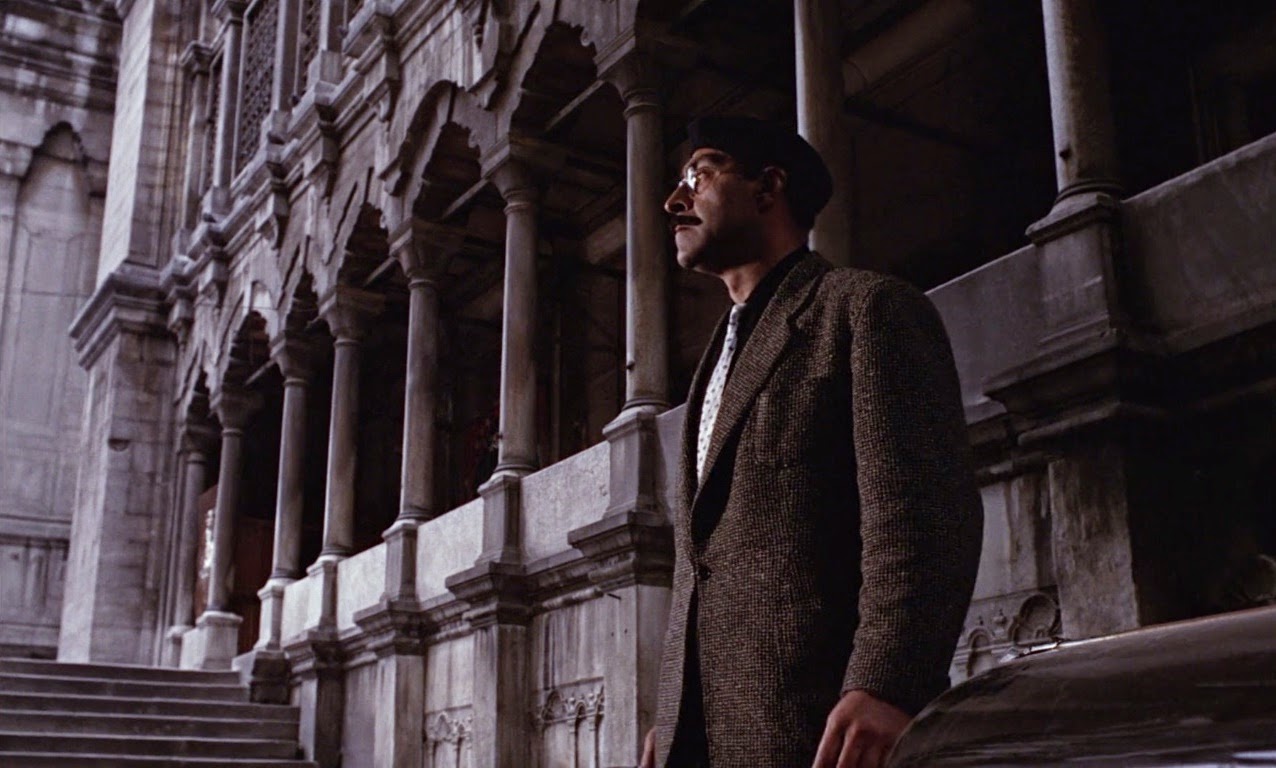 The Bulgar is played by Hasan Ceylan, in reality an Istanbul born actor. Grant kills him in the Hagia Sophia church later in the film. 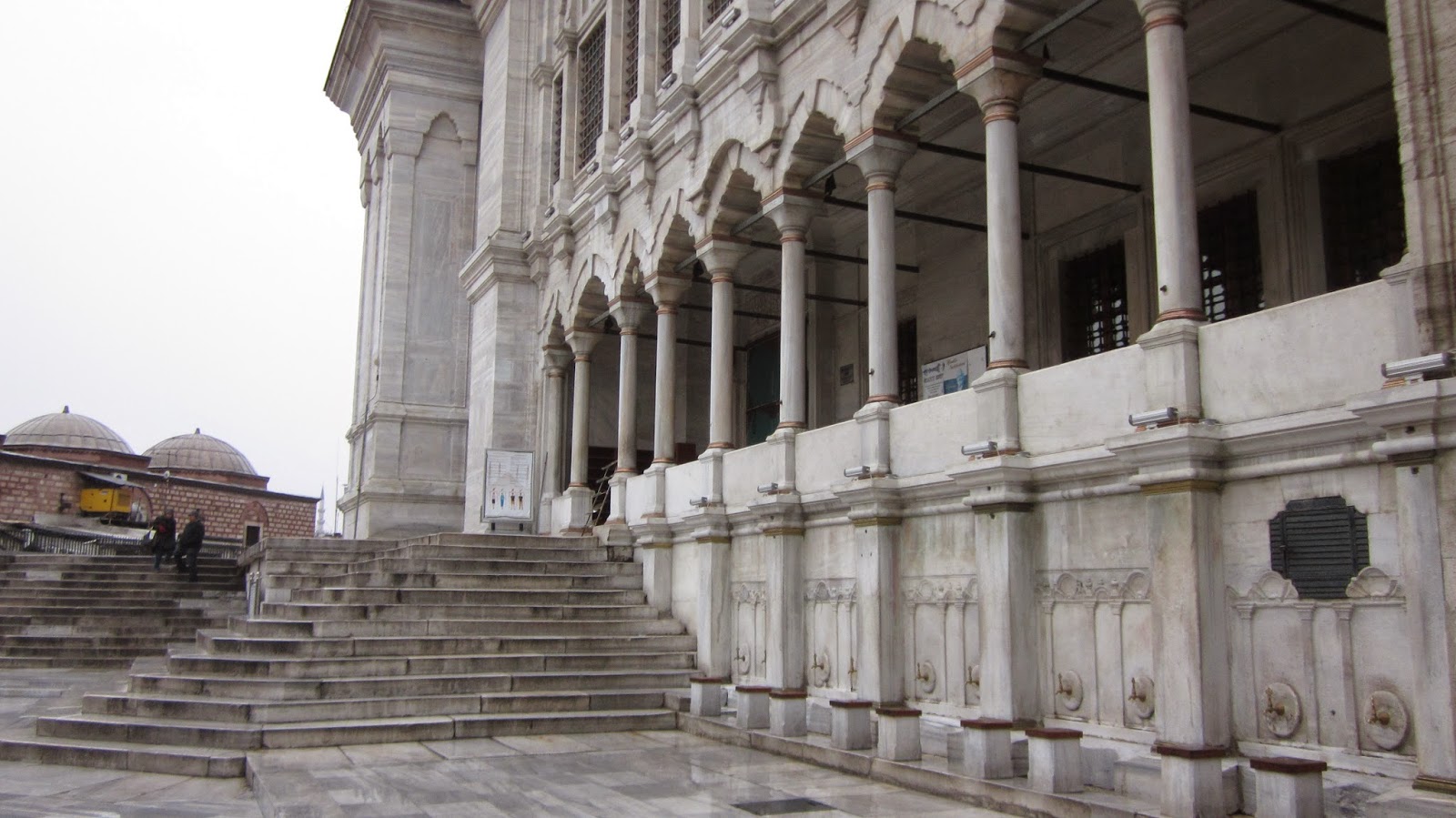 The film team had major problems with crowd control during filming, something that is apparent in several scenes in the film. In several scenes in the film, crowds are seen in the background, just as you do at the end of the road where the Rolls drives in. A major crowd is also visible when Bond, escorted by the chauffeur, is entering the bazaar. The entire bazaar, including Kerim Bey's rug shop, will be covered later. 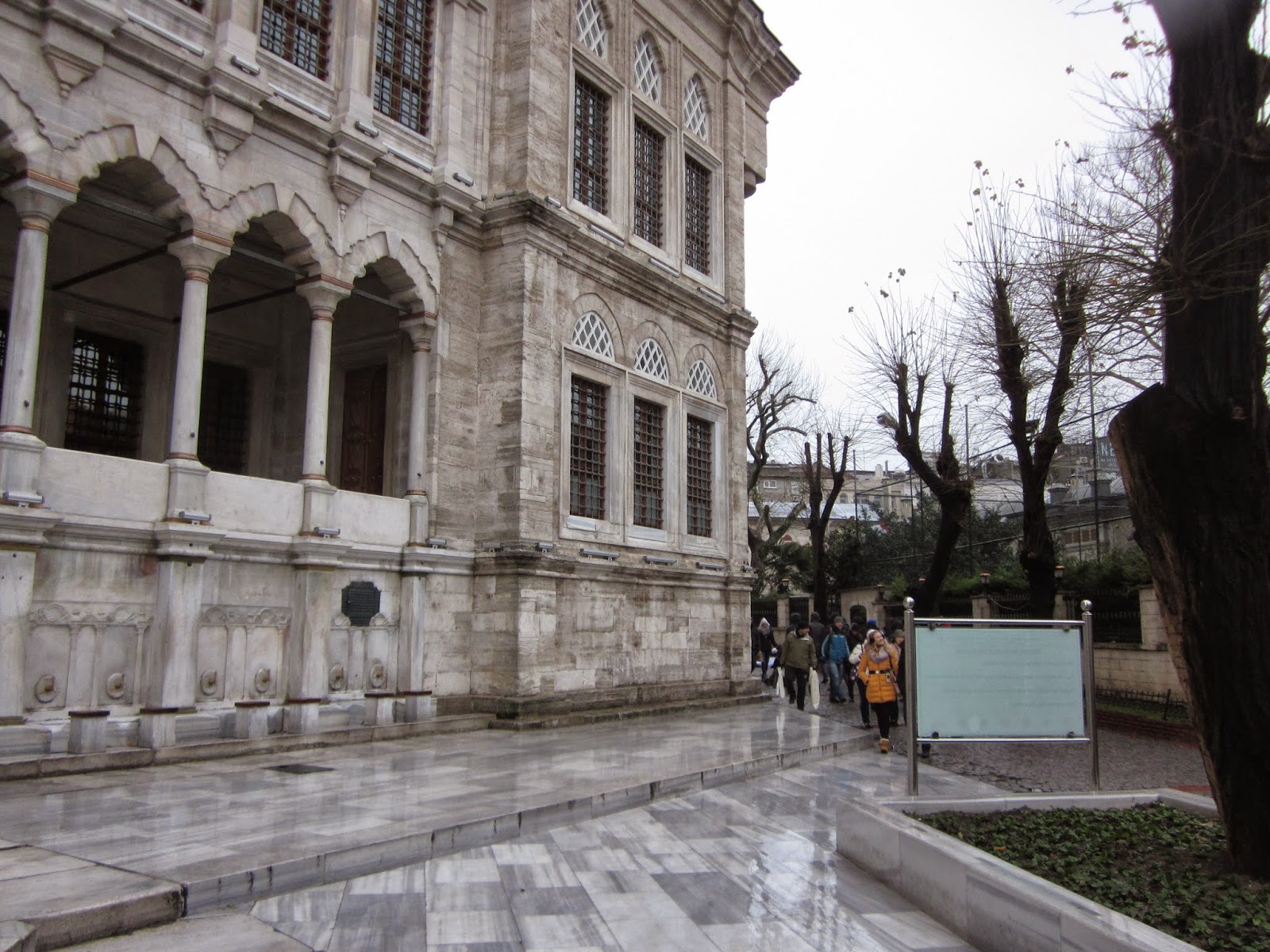