The Basilica cistern - Bond and Kerim spy on the Russians 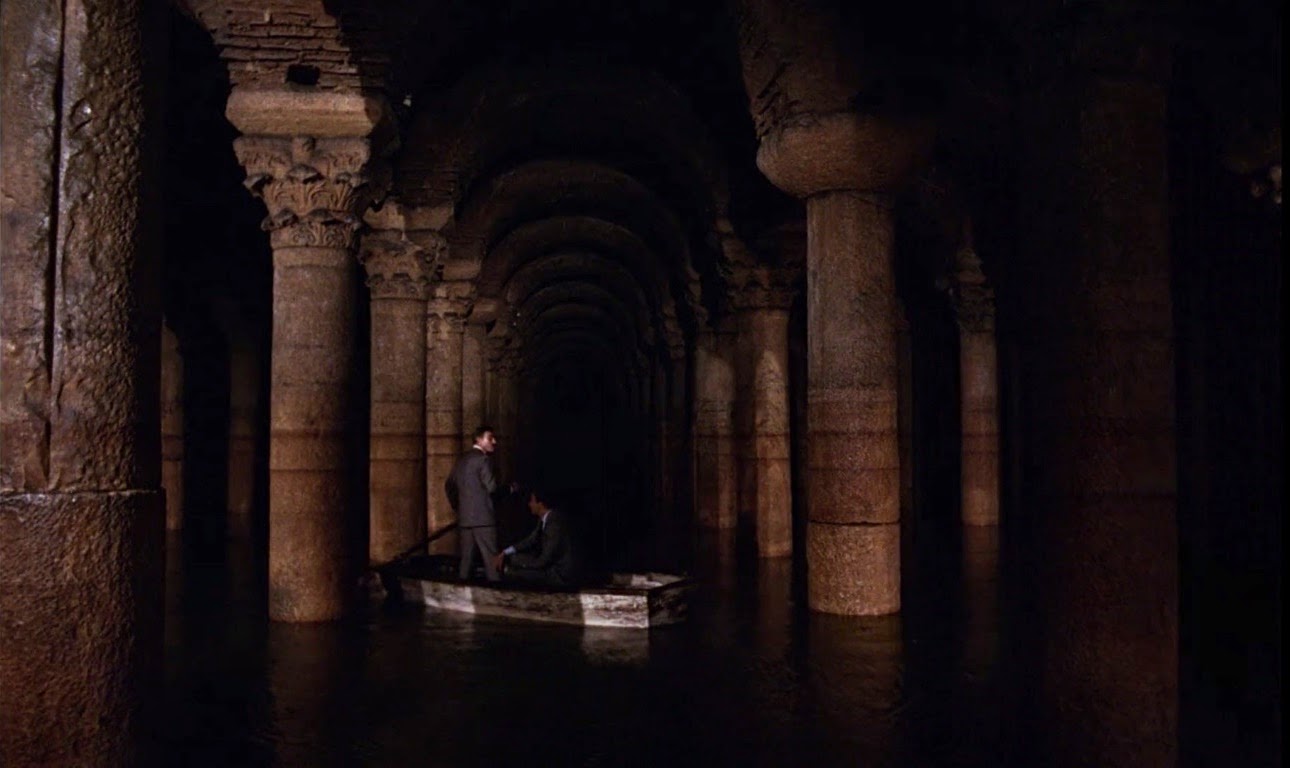 One of the most spectacular locations in all of Istanbul is, without doubt, the Basilica cistern. A gargantuan water cistern built in the 6th century under the rule of Emperor Justinian I. Its name in Turkish is Yerebatan Sarnıcı or Yarebatan Sarayı, which means the sunken cistern or the sunken palace. It was built to ensure the city's water supply. 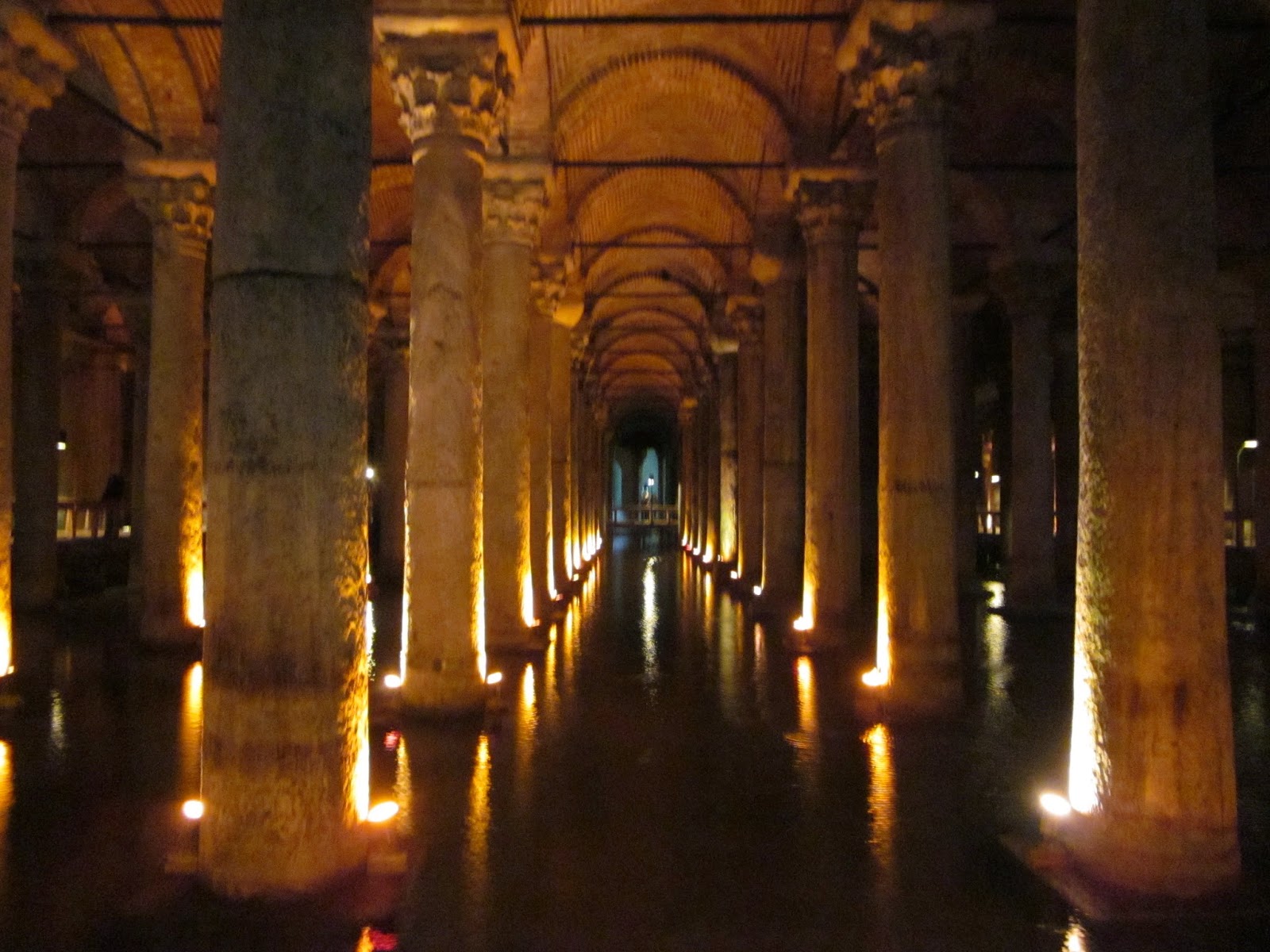 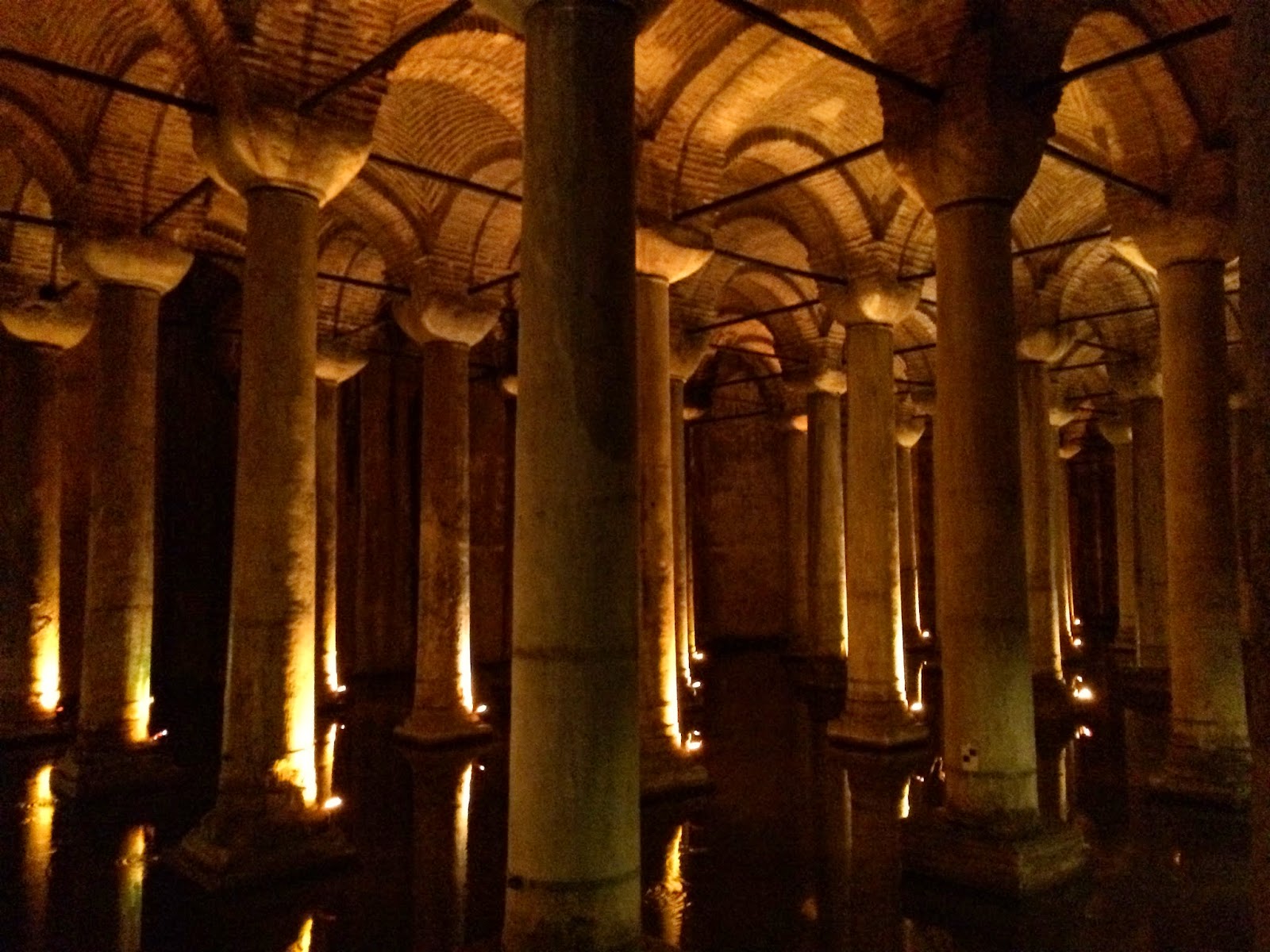 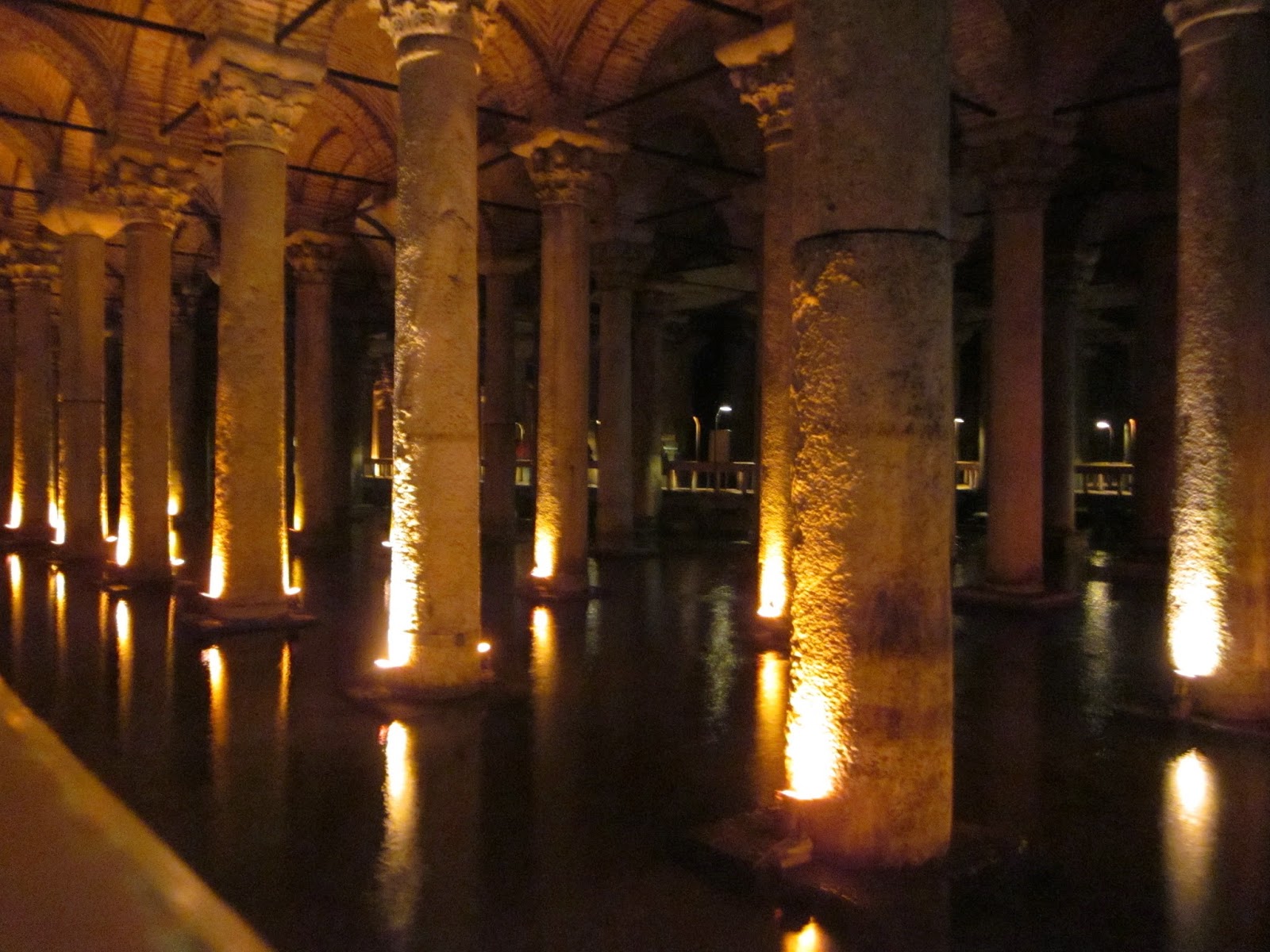 In From Russia With Love, the cistern is a secret waterway under Istanbul. Kerim and Bond paddles through the cistern in order to get to the Russian consulate. Kerim wrongly claims that the cistern was built by Emperor Constantine, with no reference to Justinian, probably because the connection between the name Constantine and the city of Constantinople was more obvious. 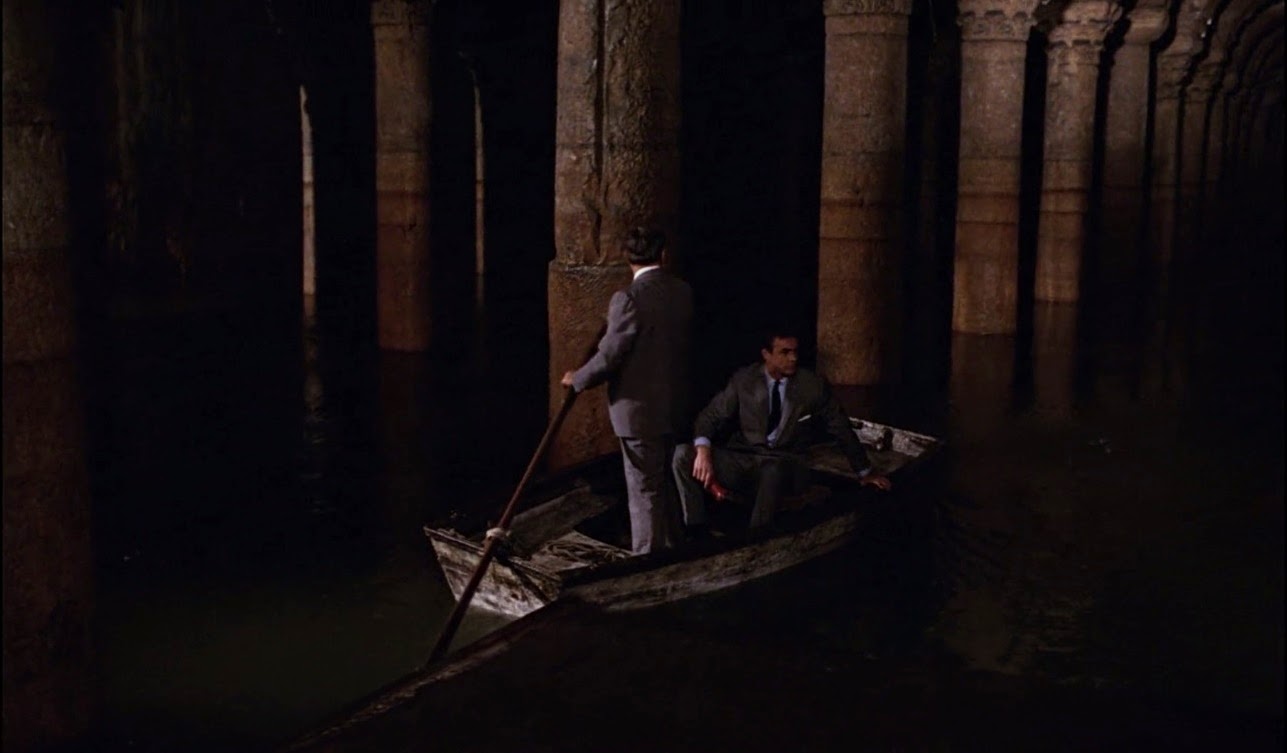 "My daily exercise, eleven in the morning and three in the afternoon." 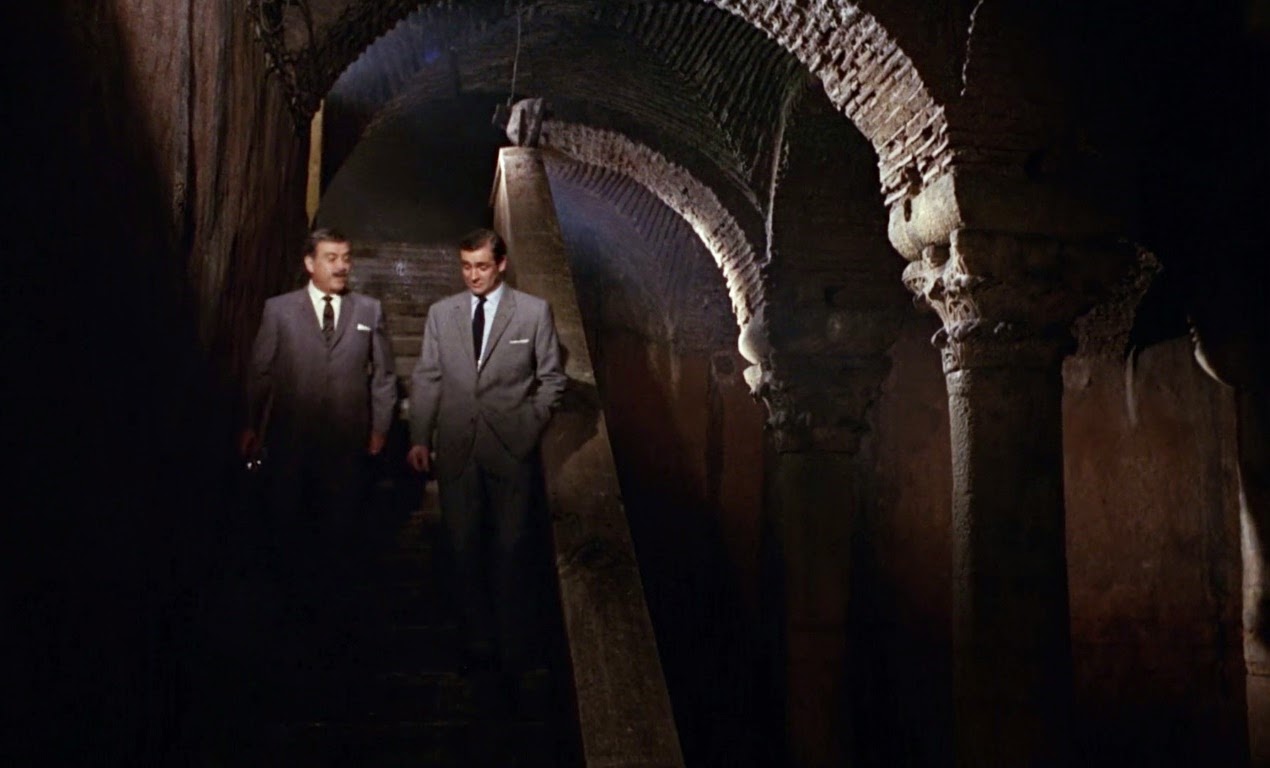 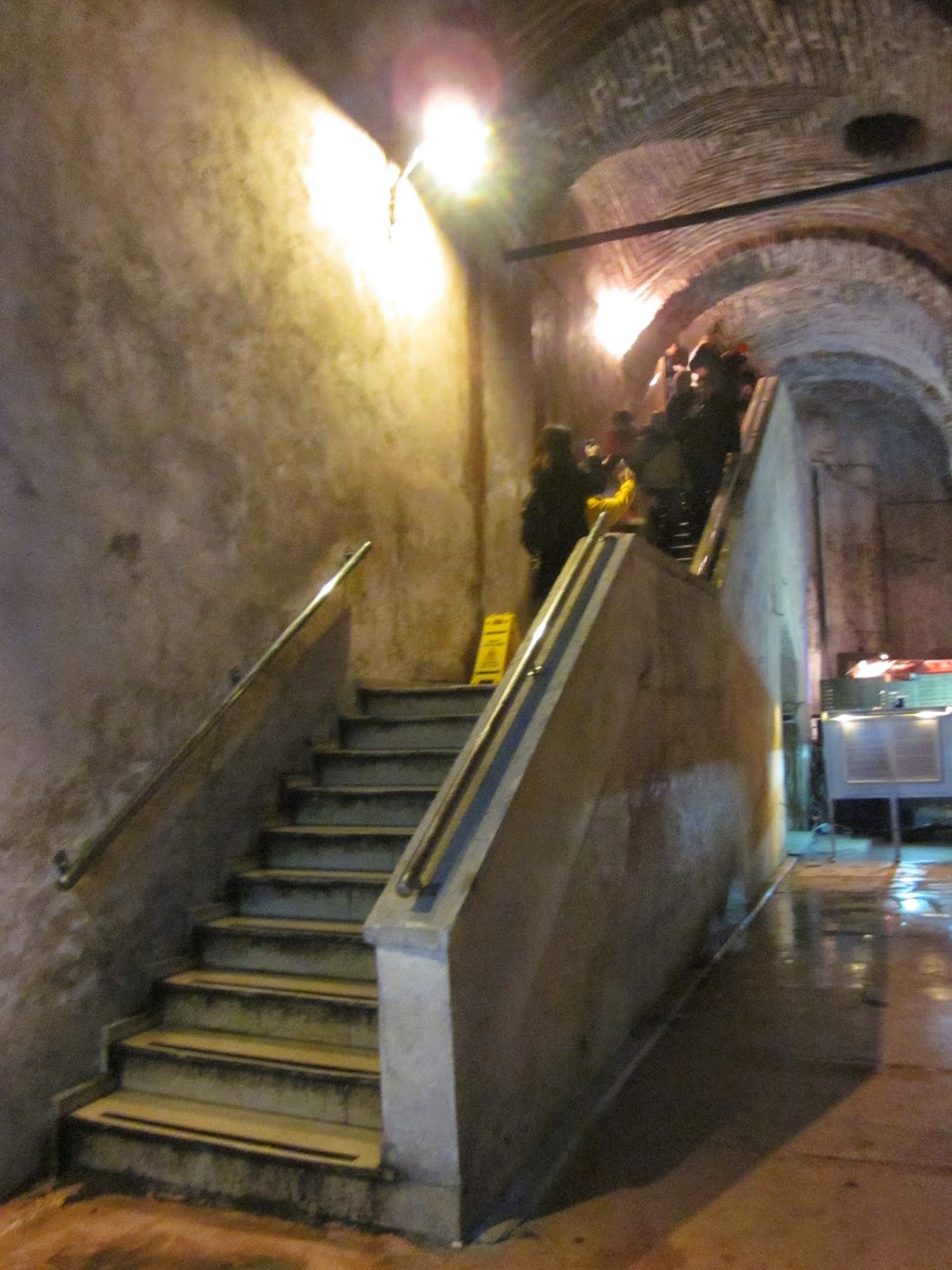 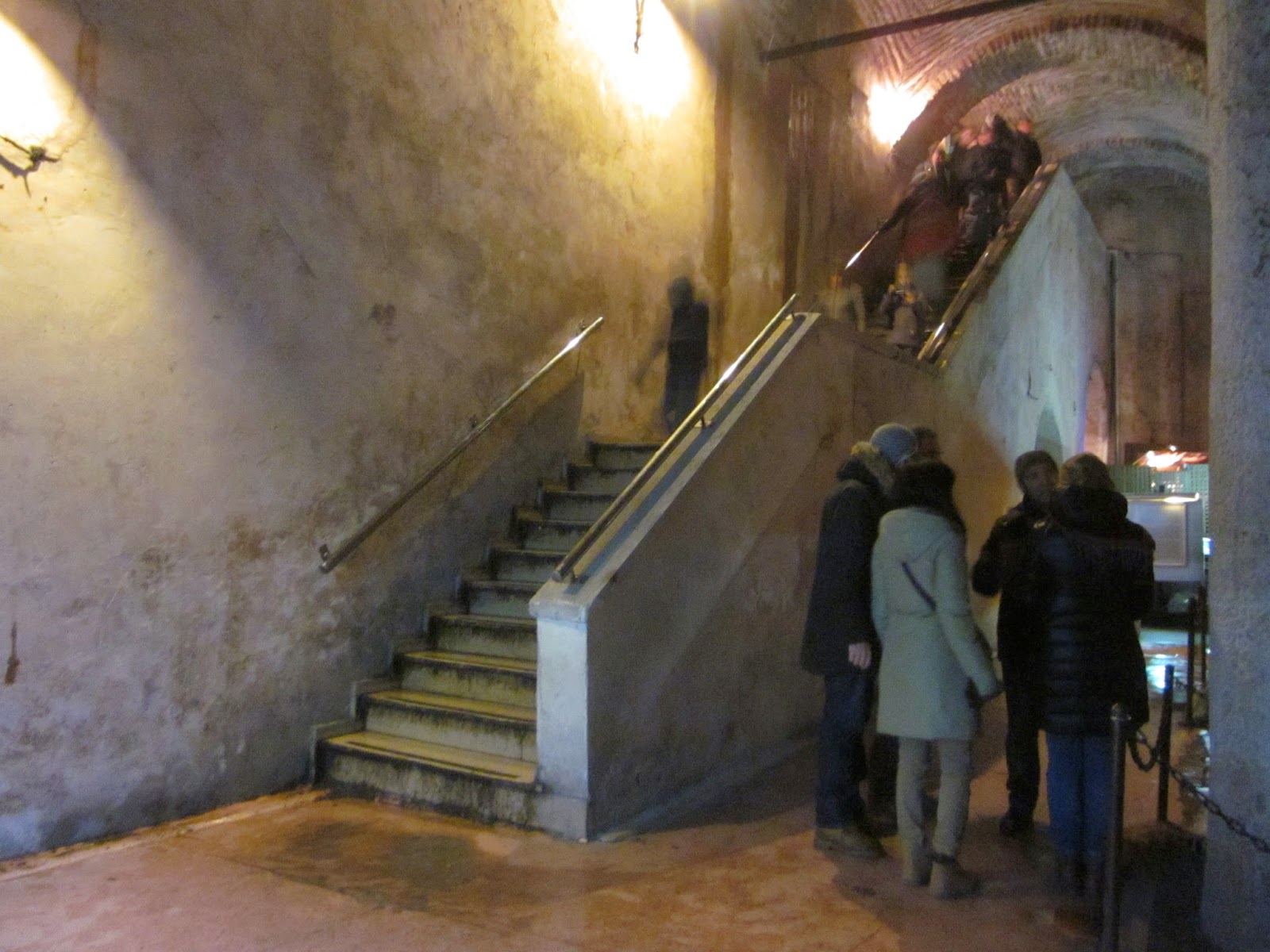 When Bond and Kerim arrive on the other side, close to the Russian consulate, they are walking down a low passageway. I am not sure whether this was shot on location or recreated in Pinewood. 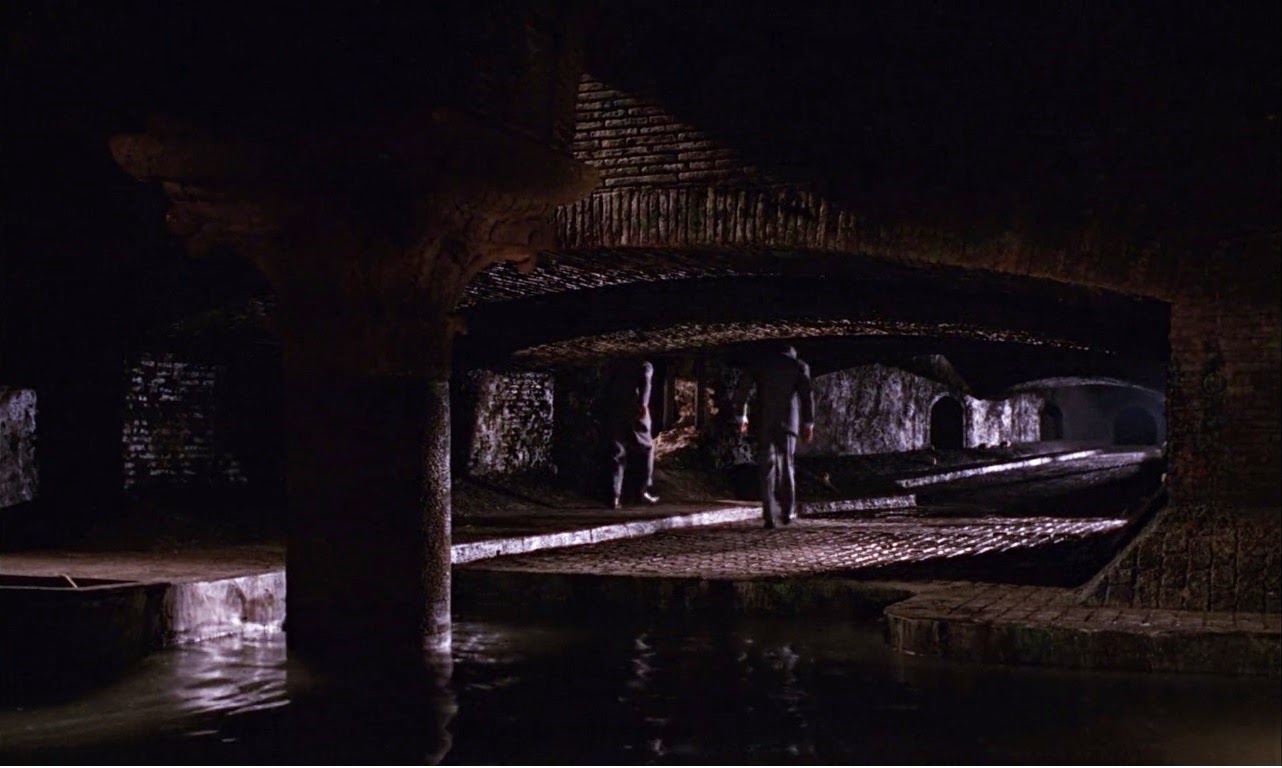 Kerim has had a periscope installed through which he and Bond can peak into the Russian conference room through a mouse hole in the wall. The periscope has been a present from the British Navy. 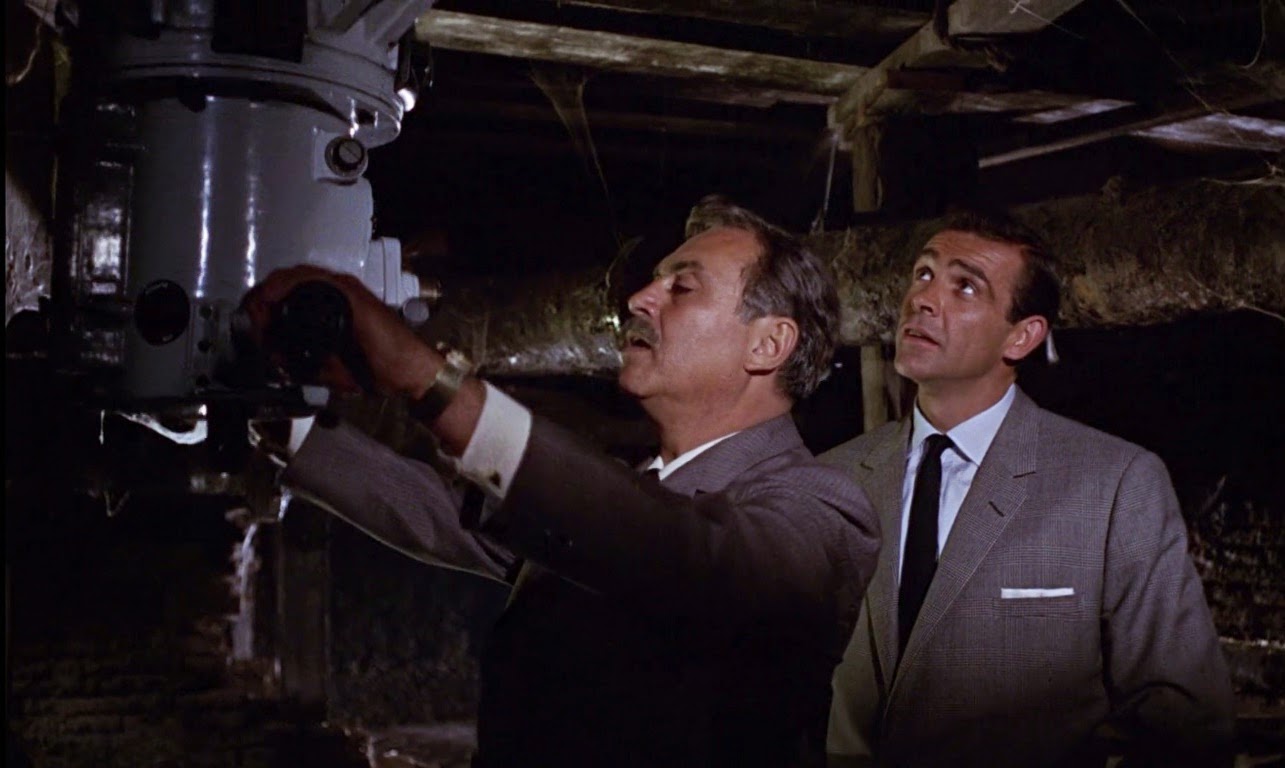 The cistern is a magnificent location that of course is a must when visiting Constantinople, not only because of its historical Bond value but because it was built almost 1600 years ago and still stands. The underground chamber measures approximately 138 meters x 64 meters and is the largest of several hundred underground cisterns that are located beneath the city. It provided a water filtration system for the Great Palace of Constantinople and other buildings and continued to provide water to the Topkapi Palace after the Ottoman conquest in 1453 and into modern times. 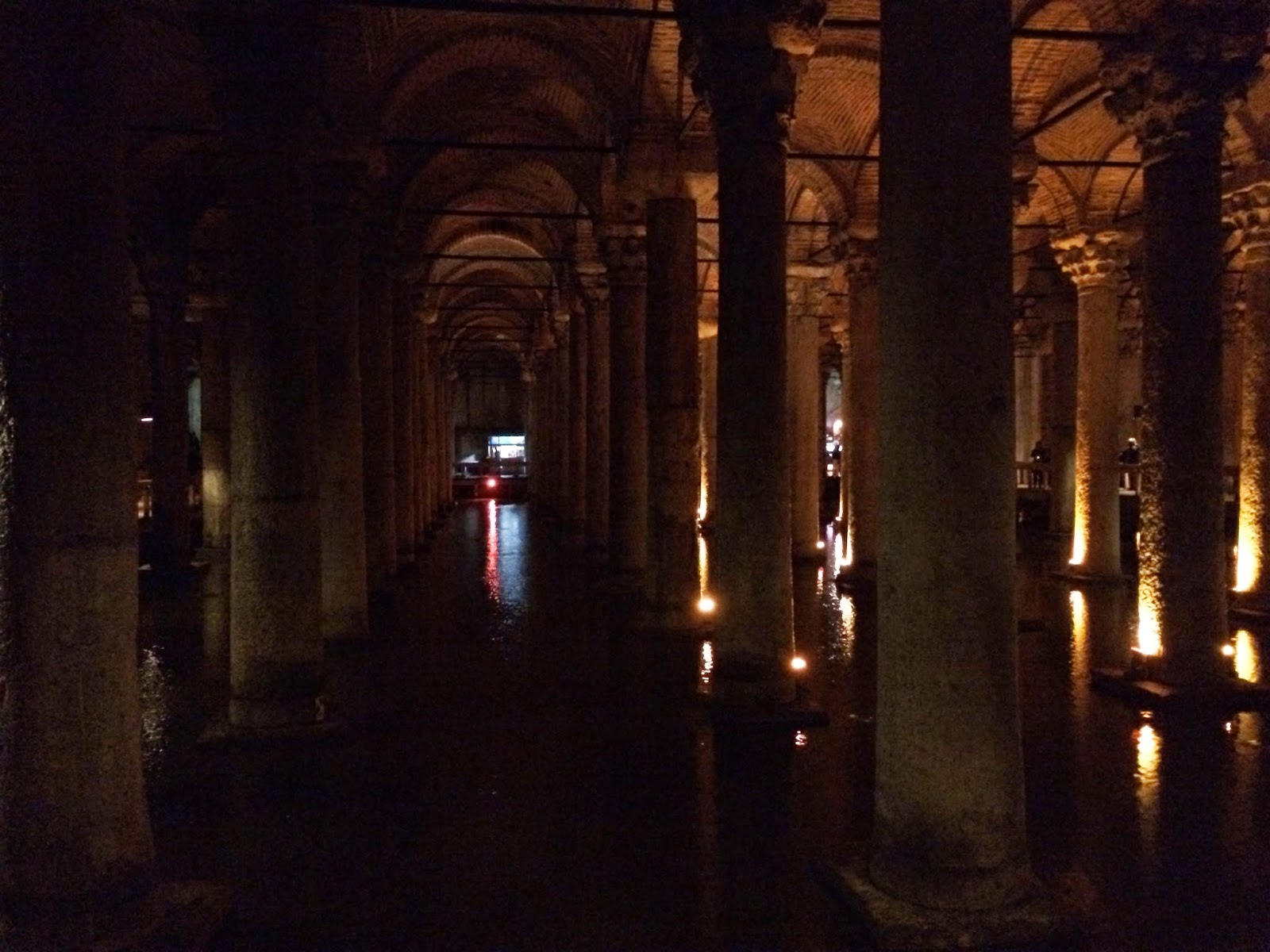 It has undergone several renovations throughout the centuries, in recent times in 1968 and in 1985. There is considerably less water in the cistern today if you compare the water level with the water level from the film. The level is probably one meter lower. 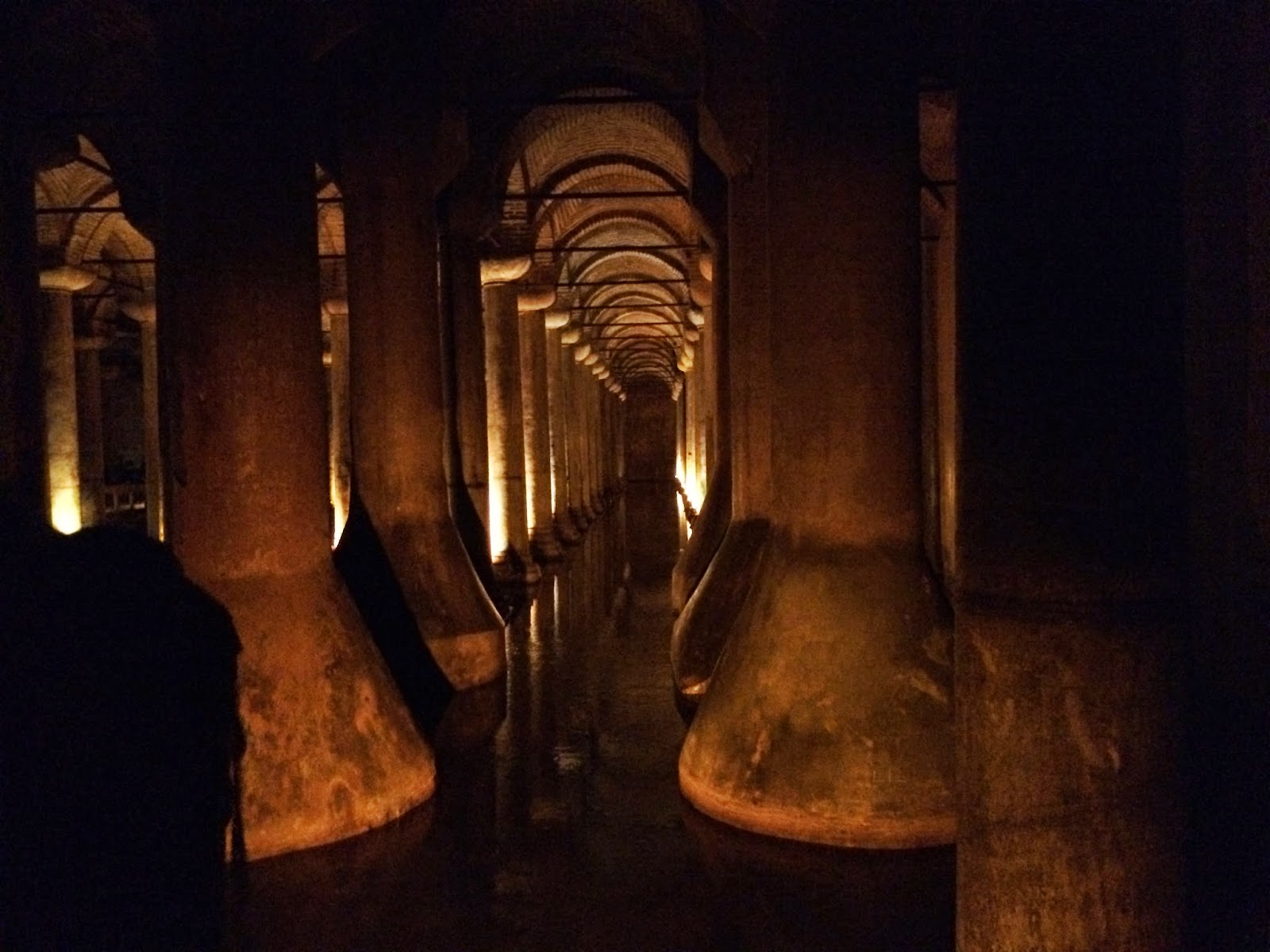 During filming, another underground cistern was also used, namely the one that Bond, Kerim and Tania run through after blowing up the consulate. This second cistern is considerably less famous than the Basilica cistern, but nonetheless impressive, and will be covered here later. 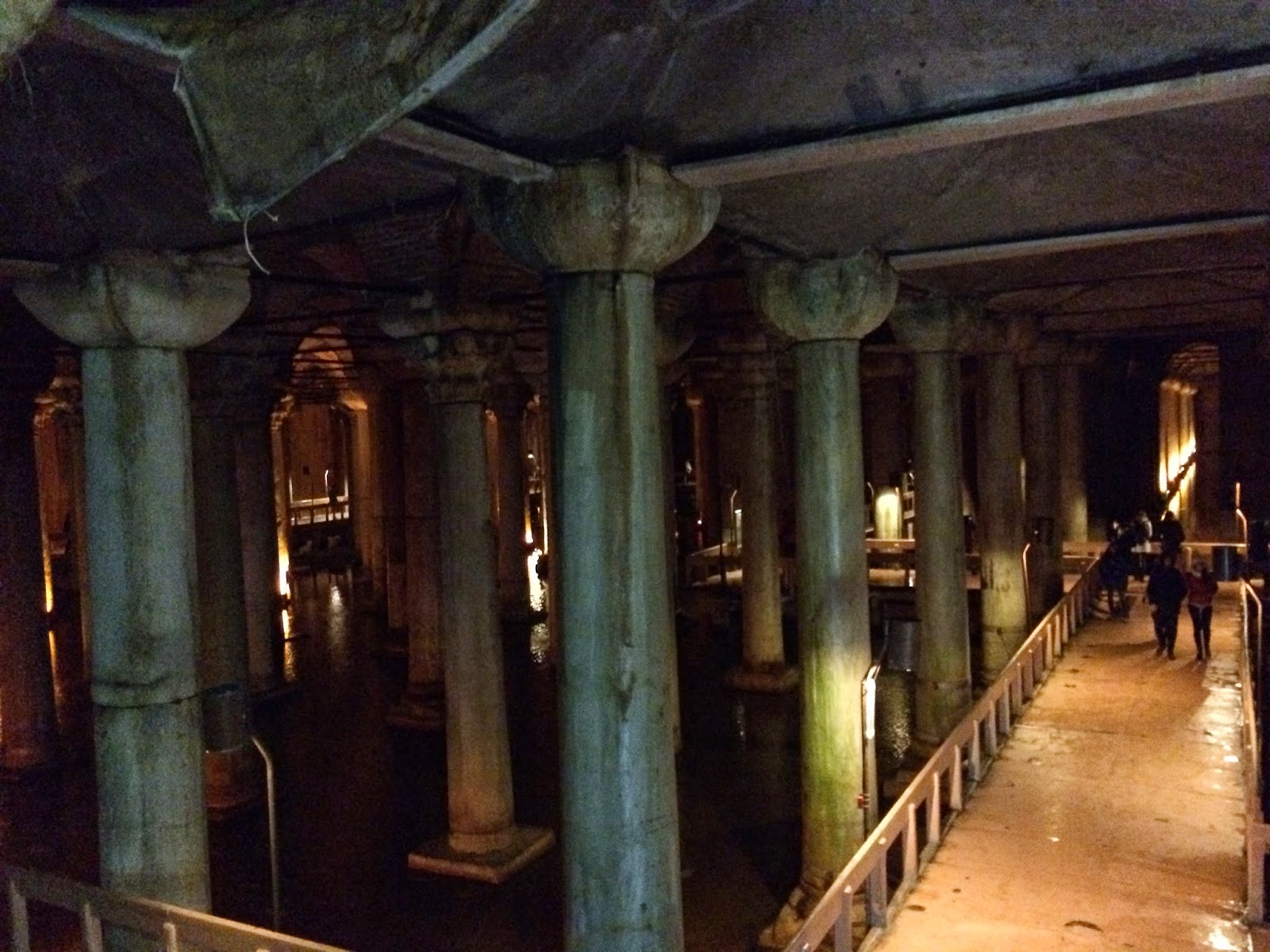 Today, platforms have been built in the cistern allowing visitors to walk through the chamber. They were installed in 1985 and the cistern has been open to the public in its present state since 1987. It is located close to the Hagia Sofia and there is usually fairly long cue so be prepared to spend a few hours on this location. 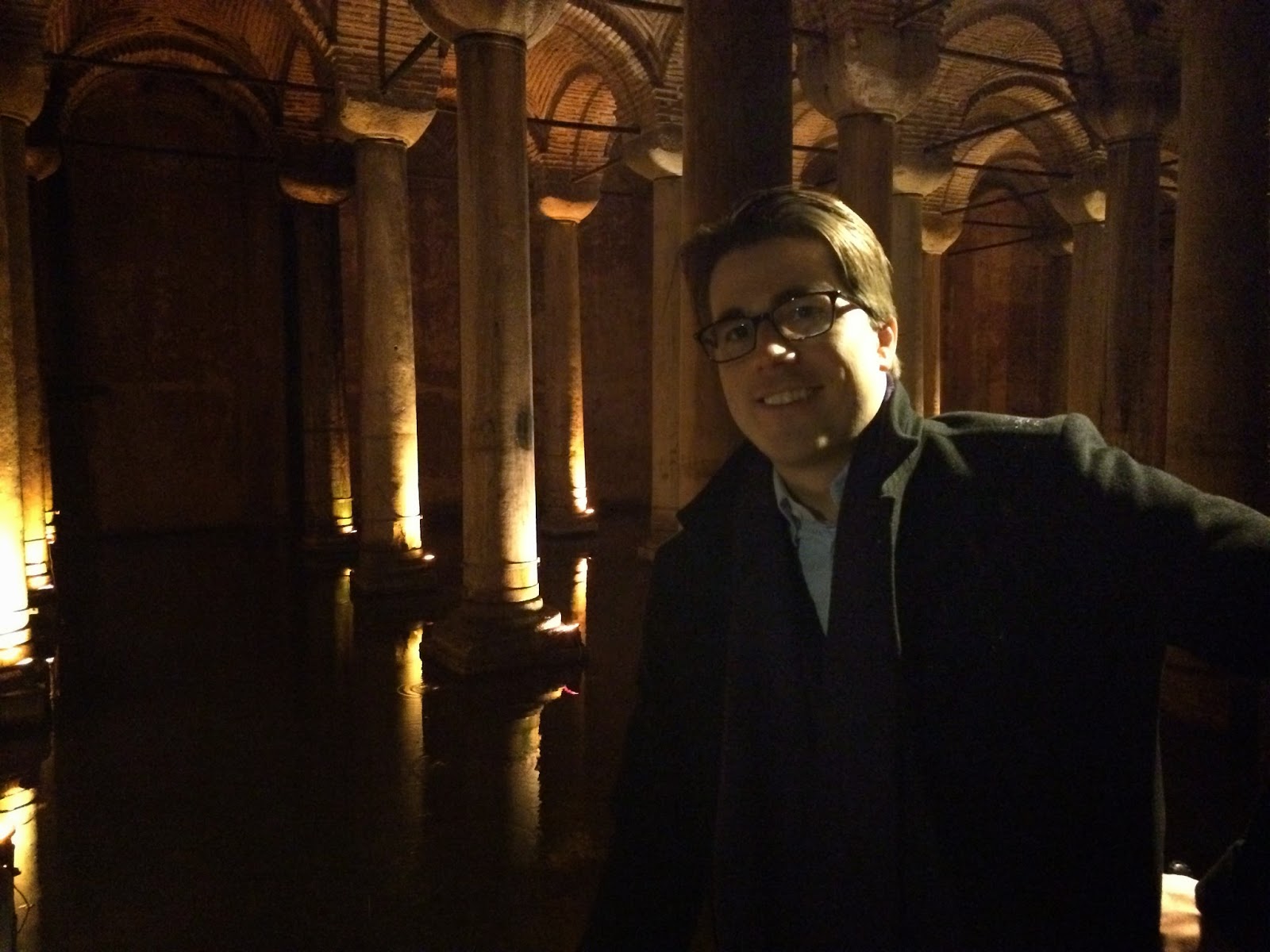