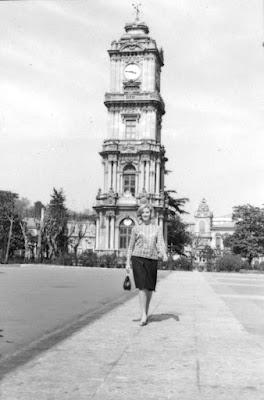 While filming From Russia With Love in Istanbul, the film team took the opportunity to photograph the main cast around famous locations around town. Connery and Bianchi were for instance photographed at the Attaürk Bridge and a promotional still of Connery were taken during the filming of the deleted scene at the Dolmabahçe Mosque, covered earlier. Were close to the Dolmabahçe Mosque is the Dolmabahçe Palace, one of the main tourist attractions in Istanbul. It is therefore not surprising that the cast visited the palace as well, probably while shooting the scene with Kerim and Bond in front of the mosque, covered here. Daniela Bianchi is seen in front of the clock tower located in the garden of the palace. 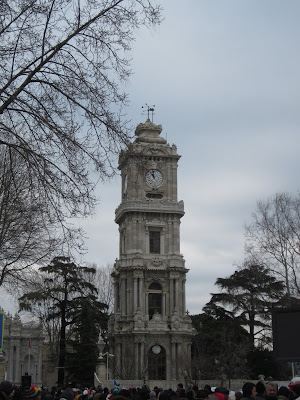 The clock tower was constructed and added to the Dolmabahçe Palace in the mid 1890's. It stands in front of its Treasury Gate on a square along the European waterfront of Bosporus, very close to the Dolmabahçe Mosque. It is designed in Ottoman neo-baroque style. Its clock was manufactured by the renowned French clock maker house of Jean-Paul Garnier. 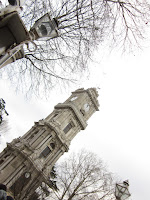