Car chase through Rome - The Vatican

After attending the Spectre meeting at Palazzo Cadenza (actually filmed at Blenheim Palace in England), Bond is exposed by Blofeld and escapes in his Aston Martin. Hinx pursues him through the midnight streets of Rome. After driving down Via della Conciliazione, which is the wide street leading up to the big Piazza San Pietro in front of the St Peter's Church, Bond takes a right in front of St Peter's Church. 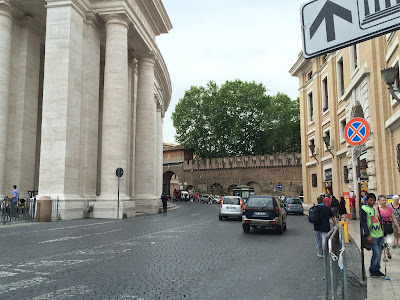 When taking the right turn, Bond is driving down the street called Largo del Colonnato, that runs alongside the Bernini's colonnade, which is the large wing that expands from St Peter's church.

When taking another right turn, Bond and Hinx continue along Via del Corridori and the large stone wall that runs alongside the street. 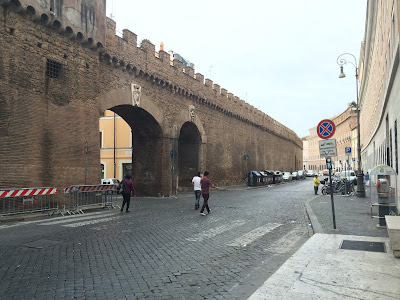 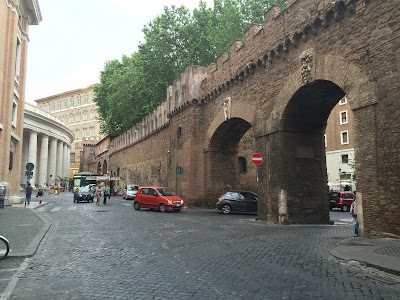 Bond drives through the first archway on the left hand side in the wall and continues down Via del Mascherino. 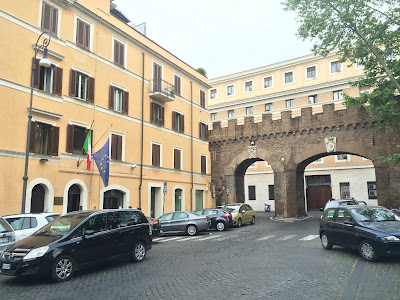