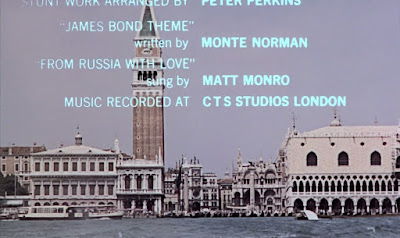 In the last scene in From Russia With Love Bond and Tania are leaving Venice in a taxi boat after disposing of Rosa Klebb in Bond's hotel suite. Before the end credits, they are traveling down Rio de Palazzo under the famous Bridge of sighs, after which the boat taxi turns right and goes past the Palazzo Ducale (Doge's Palace), located right by St Marc's Square. 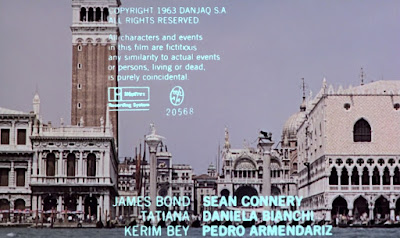 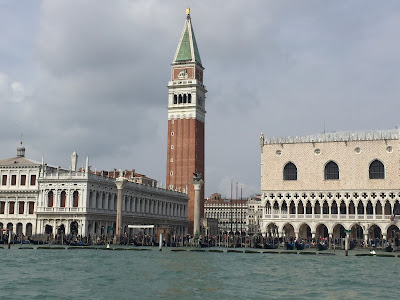 Bond and Tania sail away towards the horizon as the end credits are rolling, projected on the perhaps most famous view over Venice, the St Marc's Square and the landmark clock tower, called Campanile di San Marco. To get the same view as in the film, you can take a widely boat taxi like Bond (€60 for a trip) or just hop on the regular waterbus called Vaporetto which is much cheaper. There are several Vaporetto lines that run past St Marc's Square where you get the nice view over this very heart of Venice.


To the right is the large white palace that once was the residence of the Doge of Venice, the supreme authority of the former Republic of Venice. It opened as a museum in 1923. The Doge's Palace or Palazzo Ducale was built in the 14th century although several reconstructions have taken place since then. 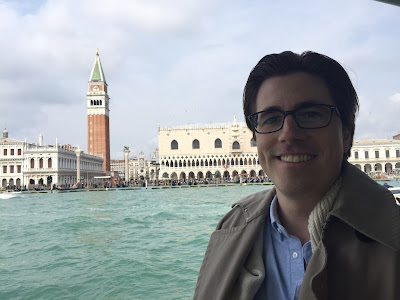 The Doge's Palace is one of the more notable landmarks in Venice, together with the Bridge of sighs and the clock tower seen in the background, St Marc's Campanile. 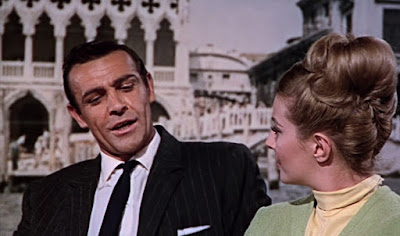 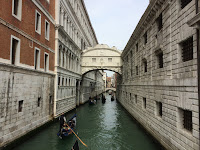 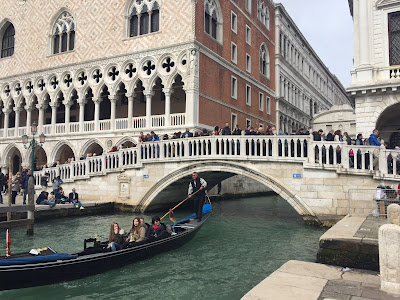 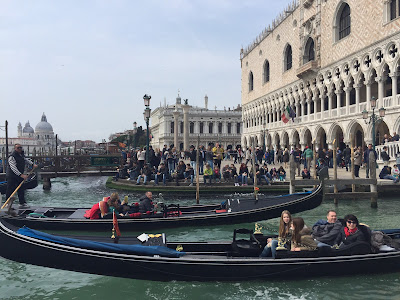 As Bond and Tania are disappearing in the distance, one other notable location is seen at St Marc's square, namely the big round clock (on the white building in the middle) that would also feature in Moonraker 16 years later. That location will be covered soon. 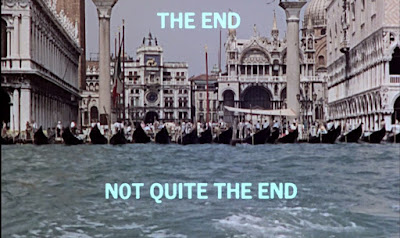