Bond and Tracy are driving off from the wedding in On Her Majesty's Secret Service to live happily ever after. Unfortunately, every true love of Bond has a very short life expectancy. The final scenes were filmed on the mountainside roads in the Parque Natural da Arrábida (Arrábida natural park), an hour south of Lisbon. 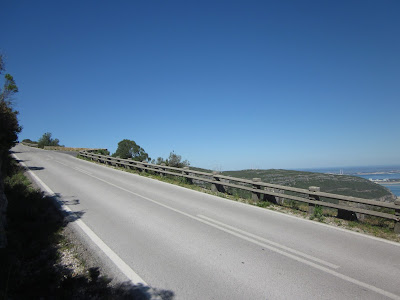 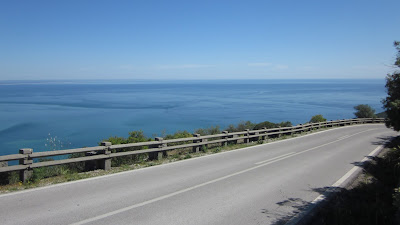 As Bond wants to remove the flowers from the car, he stops at one of the best view points in the natural park along the road N379-1. This view point is called Miradouro Portinho da Arràbida / Rampa de lançamento em madeira and also includes a para-glide ramp. For further directions to this locations read this earlier post.

As Blofeld approaches in the Mercedes, fräulein Bunt takes aim in the backseat with an automatic rifle and shoots a few rounds at Bond before the Mercedes disappears in the distance.

The shots fired apparently goes through the windscreen of the car and kills Tracy instantly. It is strange since Bond is supposed to have bullet proof windows on the car. Maybe, one of the shots went through the open side window, but it still does not explain the bullet hole in the windscreen. 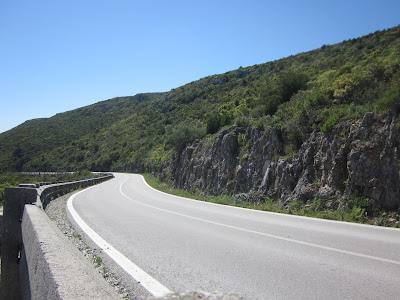 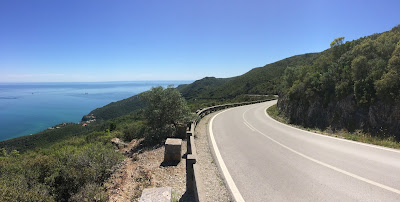 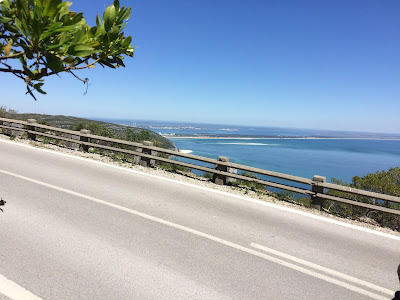 When Bond enters the car to pursue Blofeld he finds Tracy dead and a police motorcycle arrives at the scene. For some reason he does not pursue Blofeld but turns the engine off.

"There's no hurry you see. We have all the time in the world..." 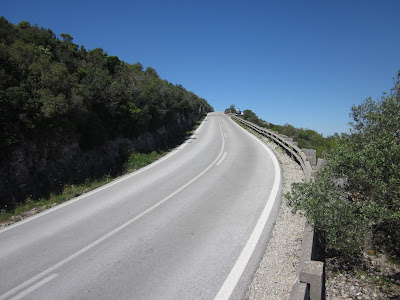 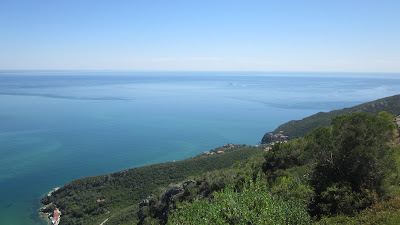