Bond and Small-Fawcett in Nassau

In Never Say Never Again, Bond goes to the Bahamas to track down the villain of the film, Maximilian Largo. In Nassau harbour, Bond meets with Nigel Small-Fawcett from the British Embassy, portrayed by Rowan Atkinson. 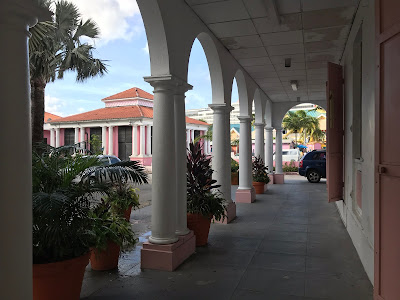 "Your going to jeopardise the tourist trade if you start going around killing people!" 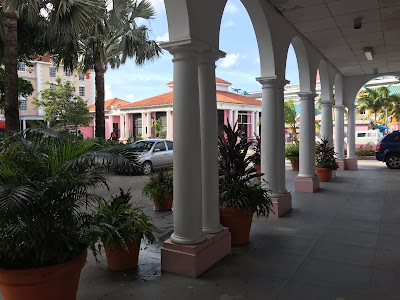 Bond and Small-Fawcett walk down a row of pillars in downtown Nassau as Small-Fawcett informs Bond about Largo. These columns can be found right by Prince George Wharf (the cruise terminal) and just north of Parliament Square in the very central part of Nassau. 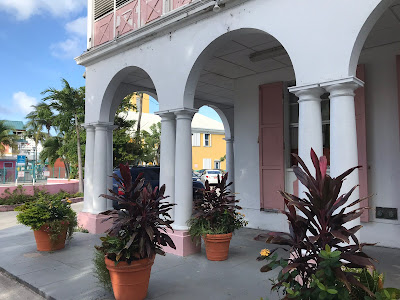 The entire film itself is, like Rowan Atkinson's character,  a joke and it is, should it be compared with the rest of the films in the official series, one of the worst Bond films made. The entire production was troubled with constant changes to the script, lack of funds and with Connery having to act as producer. The entire Bahamas section is uninspiring with boring and poor cinematography. 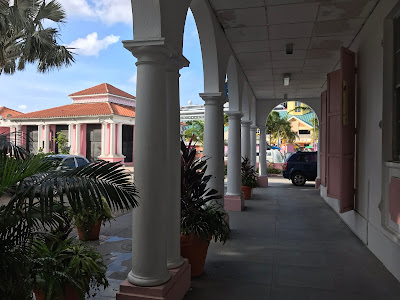 Several of the lead roles were suggested by Connery himself, like Felix Leiter and the villain, Klaus Maria Brandauer, a renowned actor but probably one of the worst Bond villains in the series and completely wrong for the role of Largo. 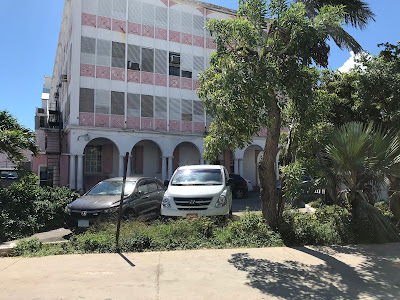 Due to the constant changes to the script, the reason for Bond's visit to the Bahamas is unclear and never really explained in the film. Bond does not do anything of relevance for the film there either, besides bedding two women and diving. Small-Fawcet informs him that Largo's boat has left for the south of France and Bond then takes the next British Caledonian Airways flight out of Nassau.


Just as stupid as the film itself, is the performance of Klaus Maria Brandauer as Largo. I hope this video will convince you. Enjoy!