When Bond is tailing Patrice through Shanghai, one major road intersection is filmed, before it is cut to Bond's Mercedes and Patrice's taxi.

Bond is driving underneath the Yan'an Elevated Highway, which runs in a west-east direction straight through the center of Shanghai, in the Jing'an district. The particular scene was filmed close to the intersection of Huangpi Rd, with the park Yan Zhong Guang Chang Gong Yuan (Yanzhong Plaza park) located on the right side of the road up ahead. 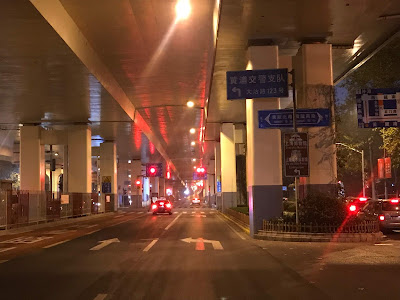 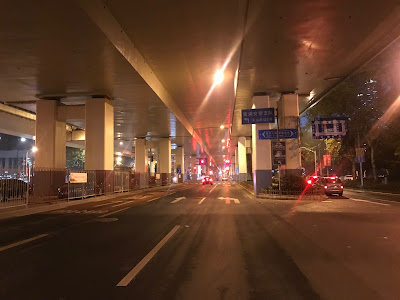 Bond is tailing Patrice in a Mercedes limousine, which is a natural choice in Shanghai since the city is densely populated with limousines and especially Mercedes. 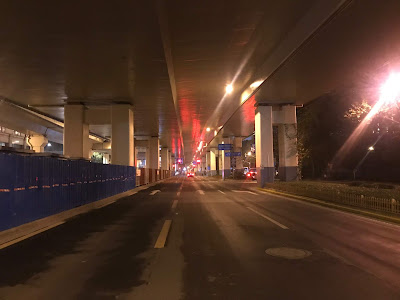 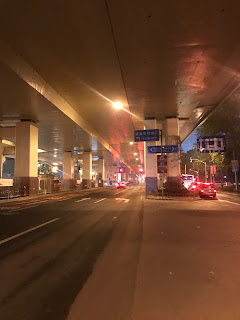 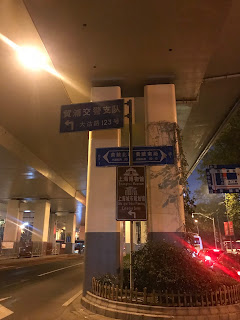 The road signs are briefly visible in the film.

Bond tails Patrice from Shanghai's Pudong Airport which exterior is briefly seen in the film. The interior scenes however, were filmed at Ascot in England.
Upplagd av R. Sterling kl. 00:41