In the pre-title of Thunderball Bond is attending the funeral of a Spectre agent named Jacques Bouvar outside of Paris. The private funeral, with only a French general and a few other guests in attendance takes place at a small chapel, supposedly located in the French countryside. "-The coffin, it has your initials. JB.
-At this moment rather him than me."
-Mademoiselle La Porte and Bond- 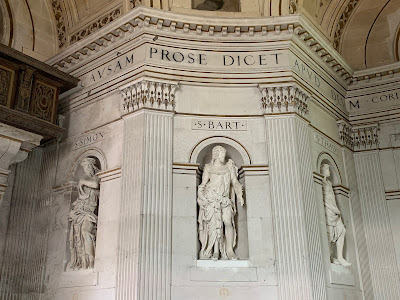 Bond and Mademoiselle La Porte observe the funeral from the balcony in the small chapel. The interior has not changed at all since 1965 and all details can be found on location. The balcony can be found in- and outside above the entrance to the chapel. 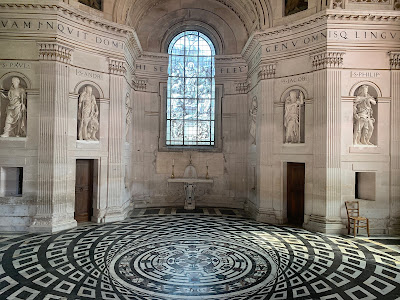 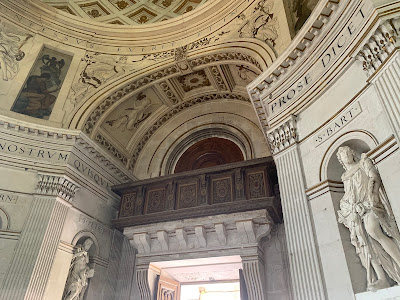 -At least you saved the effort of removing him. Colonel Bouvar passed away in his sleep so they tell me. You sound disappointed you did not kill him yourself?
- I am... Jacques Bouvar murdered two of my colleagues. 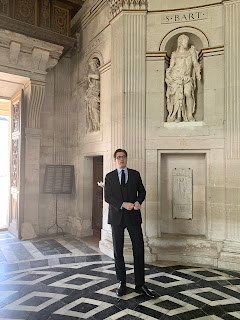 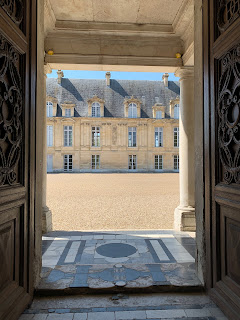 We are supposed to believe that the chapel is located far from the château, where Bond later catches up with colonel Bouvar, but in fact, the chapel sits right next to the château in front of the main building. The château is seen through the entrance of the chapel. 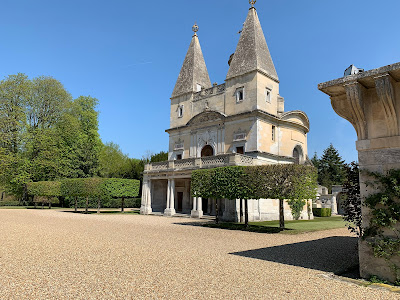 Jacques Bouvar is given a catholic funeral. The chapel can be found on the domains of Château d'Anet which is located near Dreux, in the Eure-et-Loir department an hour outside of Paris. 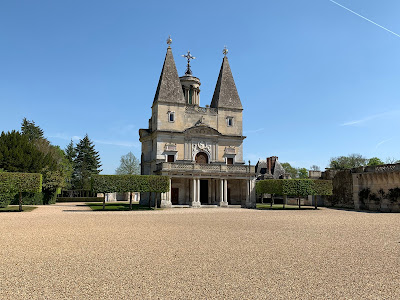 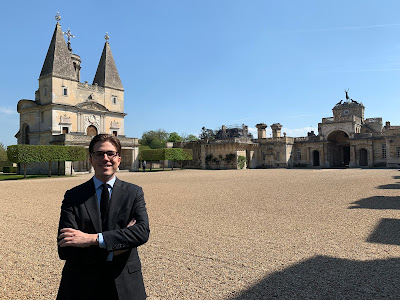 The chateau was built in the mid 1500's as a gift from King Henry II of France to his mistress, Diane de Poitiers.

The end credits of Thunderball state that the "widow" of Jacques Bouvar (played by Rose Alba), is named Madame Boitier in the film, thus not having the same last name as her deceased husband. The name Boitier (and not Bouvar) could be a reference to the original owner of the château, Diane de Poitiers. The role of colonel Bouvar during the fight with Bond in the château later was played by the famous stunt man Bob Simmons. 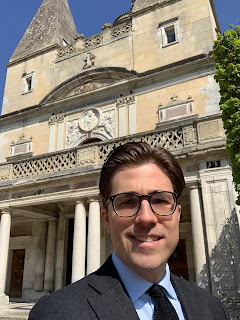