London will always be London. When you take the subway from Heathrow (British Airways Terminal 5) and comes up at Piccadilly, you realize that London probably is the best city in the world. My last trip took me there for the obvious reason of visiting 'Designing 007 - 50 years of Bond style' at Barbican center. What could be more convenient than a location around the corner.

In Quantum of Solace, M and Tanner are walking out from what is supposed to be the Mi6 headquarters in the film. A little strange since the real secret intelligence hq at Vauxhall Cross had been used as Mi6 during the Brosnan era. The supposedly new Mi6 headquarters are in fact located on top of the Barbican Arts and Conference center and the house is known as the Barbican Frobisher Crescent. 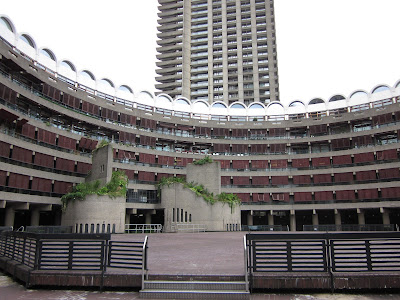 Why this building was used is unknown but then again, Quantum did not deliver many rights and since Gassner was the new production designer (and a very poor one at that) there were evidently no reason to keep anything that was good from the previous films. Gassner has a chance to redeem himself in SkyFall and it seems he will do a better job this time. Furthermore, Mi6 will once again be located at Vauxhall bridge, as seen in the trailers. Just like in The World is not enough the building will once more become the victim of an attack.

"-She wants to know about Slate.
-Tell her Slate was a dead end!"
-Tanner and Bond- 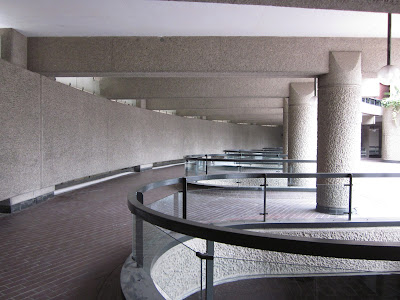 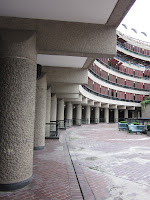 M and Tanner are walking in the arcade that runs below the house, on the left hand side. They are coming out in the big opening in the middle of the Crescent (picture to the lower left) and the white blocks on the opposite side of the crescent can be seen behind M in the last scene. 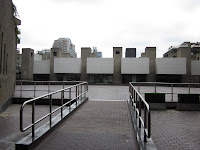 Overall Quantum struggles with so many problems that it qualifies in the bottom three list but it would be a waste of time to discuss it further here. Sometimes you can forget the past... Instead we are looking forward to the SkyFall premier next month. The latest trailer reveals that we are getting back M's classic office with the padded doors, something that actually was revealed already at the exhibition. M's padded door was on display along with a desk and Mi6 props from SkyFall. 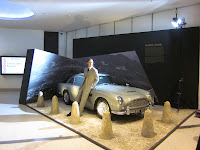 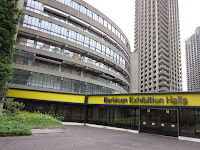 Below are just a few of the things that were on display during the exhibition in London. Listing all the props, outfits and information would take too long, so enjoy the pictures. 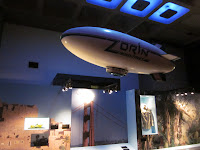 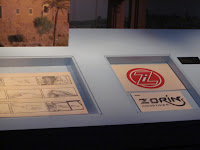 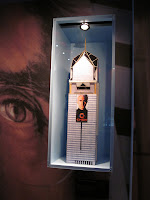 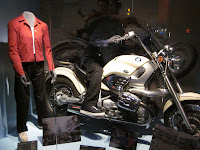 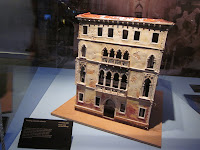 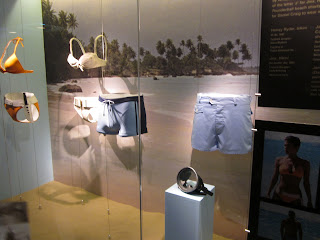 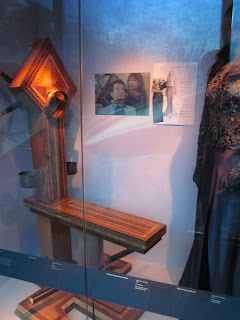 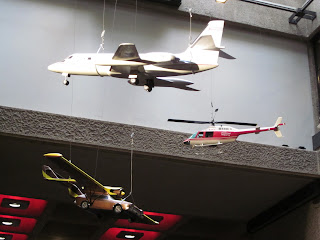 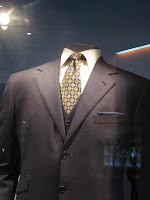 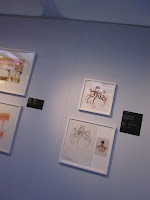 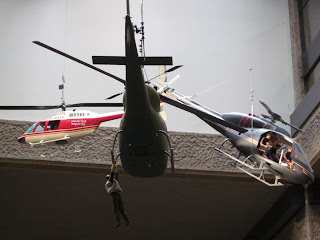 Overall the exhibition was elaborately planned and very well designed. One problem was the number of tourists in the first two exhibition halls, but everything got better once you entered into the "casino area", where a number of evening suits, jewelry, playing cards, chips and dresses were on display.

The exhibition closed down in London on Sept 6 and is now going on a world tour.
Upplagd av R. Sterling kl. 09:48