In The Living Daylights Bond and Saunders help the Russian General Koskov to escape from Czechoslovakia to Austria. After attending a concert in Bratislava, Koskov escapes the conservatoire and Bond sends him across the border to Austria in the Trans-Siberian pipeline. Bond has told Saunders to meet him at the border at 2300 hours. 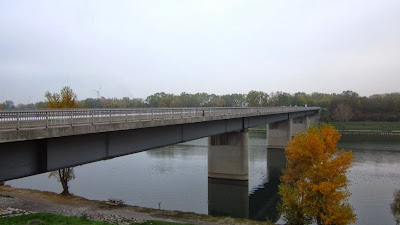 This particular scene was filmed on a bridge in Vienna, namely Steinspornsbrücke that runs across Danube River. On this bridge the Czechoslovakian border control was constructed. The bridge connects a small piece of land in the middle of Danube River with the mainland. It is not very busy and it is easy to understand why the filmmakers chose this particular bridge. It has a convenient size and part of the pipeline could be constructed on the walkway on left side of the bridge. 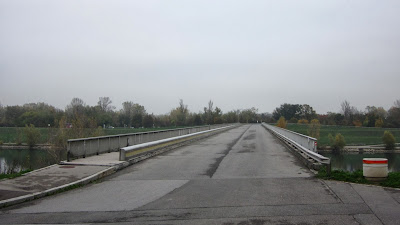 Saunders, head of section V Vienna, had planned an escape route for the general but Bond has prepared an alternative one and drives away with the general, leaving Saunders behind.


"-Where are you taking him, how will you get him out?
-Sorry old man, section 26, paragraph 5, need to know. Sure you understand..."
-Bond driving off with the general-

Saunders is waiting for Bond at the border control when the general passes him in pipeline. In Austria, Koskov arrives at the Gasometer buildings where Q is waiting to send the general off to England. If Saunders had planned to hide the general in the boot of the car and drive across the border is a bit unclear, but they would probably have been arrested on sight if he would have tried it.

After having been checked and cleared by the border guards, Bond and Saunders drive into Austria knowing that the general is safely on his way to England.

The bridge is located quite far from the city center of Vienna. You should take the train to Loubau station and from there you have a nice walk down the river. Even though it is quite a long walk down the river, at least 20 minutes, it is well worth your trouble. The bridge itself is not the most interesting Bond location but the fact that it is still there and rather unknown makes it a most satisfying visit. The traffic lights on the nearby main road, visible in the background on the top picture, makes it possible to establish that it really was this bridge that was used in the film. 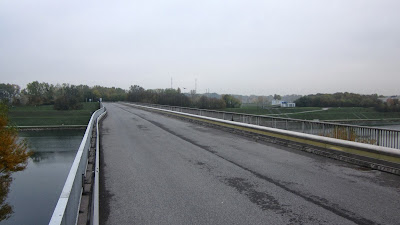 "Cheer up Saunders, the mission's a success. And officially still yours."

Despite the fact that the filming took place 25 years ago the railing on the bridge is still the same and can be recognized from the film.
Upplagd av R. Sterling kl. 12:30