In  A View to a Kill, after the assassination of Monsieur Aubergine at the Eiffel Tower, Bond heads after the assassin and "borrows" a taxi just below the tower. May Day has jumped from the tower with a parachute and Bond is chasing her down the Seine. The taxi is parked on Quai Branly.

After throwing out the taxi driver, who is having his lunch and a glass of wine (the French!), Bond drives down the stairs and ends up at the Port de la Bourdonnais, the street that runs along the Seine. 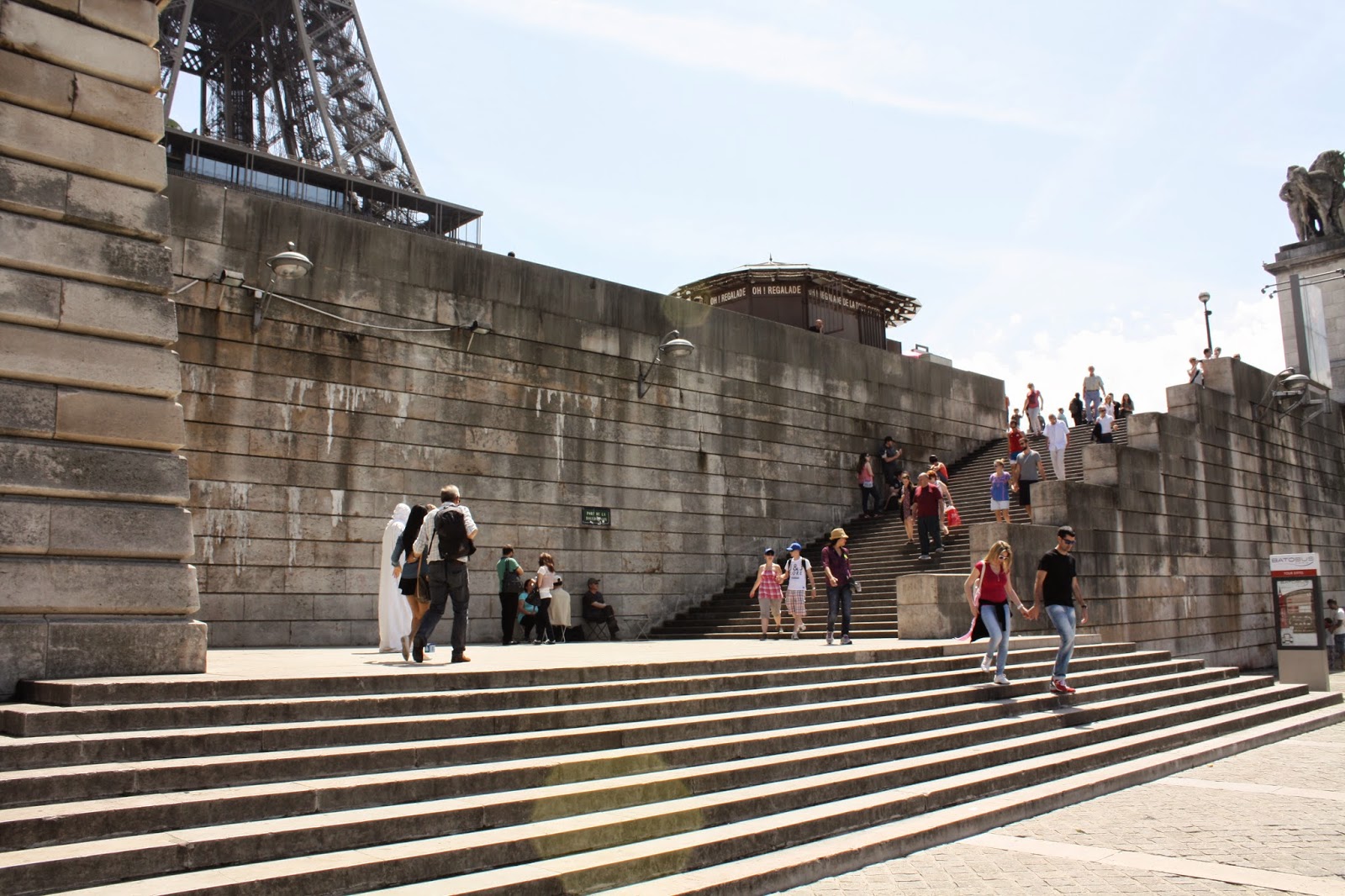 Bond is obviously trying to avoid the Paris traffic and decides to take the low road by the Seine when he follows May Day. Bond would later jump over a bus, transform the car into a convertible with two wheels before the car chase ends at the Pont Alexandre III. These locations will be covered later.

This location has not changed a lot since 1985 and Sir Roger's visit. There are still bus loads of tourists naturally, but the taxis do not line up by the Eiffel Tower as they did in the film. Today, Bond would most likely have gotten into a bycycle rickshaw - numerous can be found on location. It is strange however, that the tower does not feature more extensively during the car chase, considering the nice angles and the fact that it is visible from almost everywhere. When watching the car chase I have a feeling that it is just a little too short. Director Glen could probably have gotten more out of Paris as a Bond location. 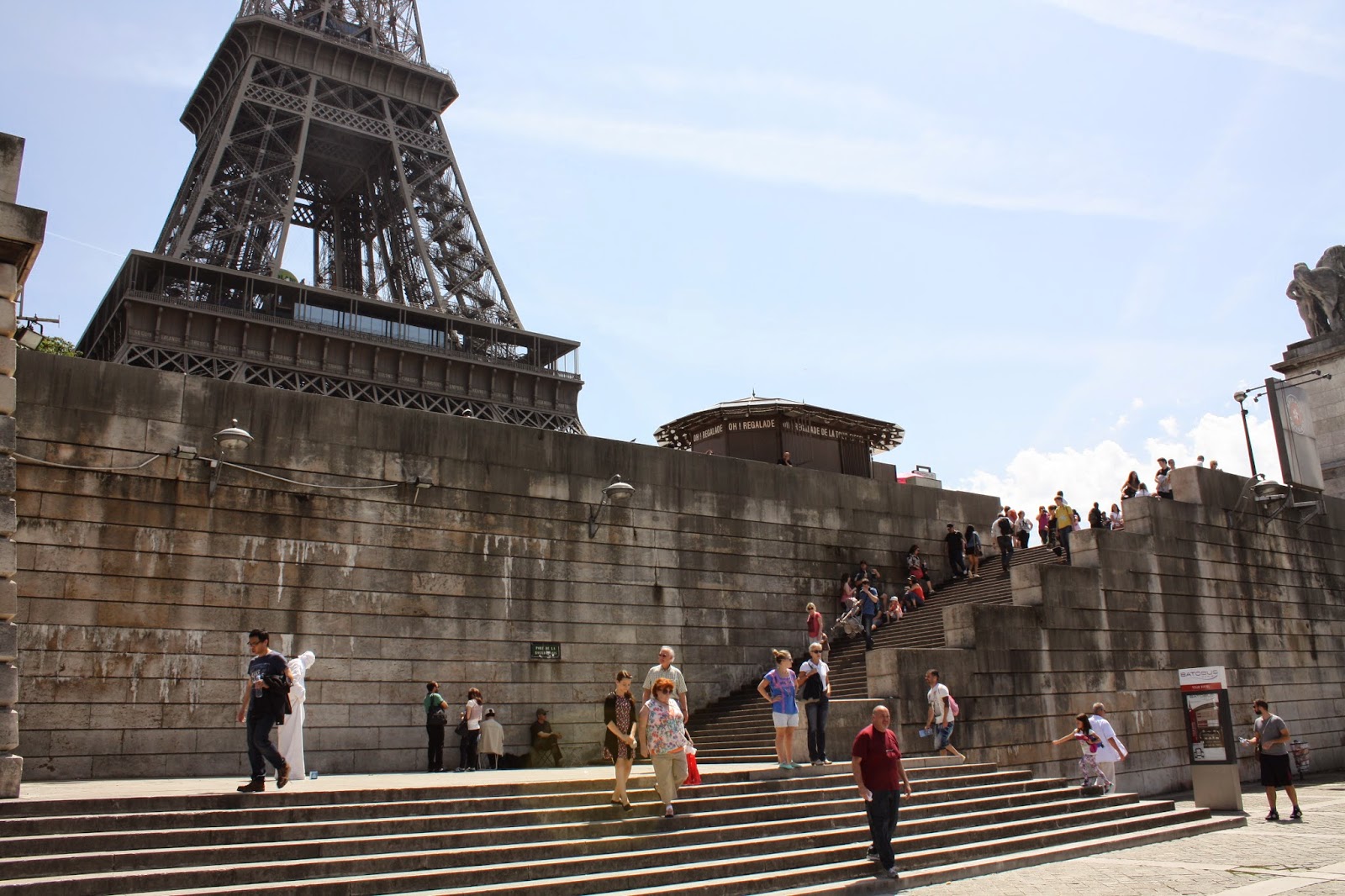 The taxi stunt sequence was arranged by the famous stunt driver Remy Julienne, who of course is known for having arranged the Citroën car chase in For Your Eyes Only among several other car chases. Unfortunately Julienne's presence behind the wheel instead of Sir Roger is obvious in more than one scene... Julienne would continue to arrange car stunts for the Bond series even during the Brosnan era. 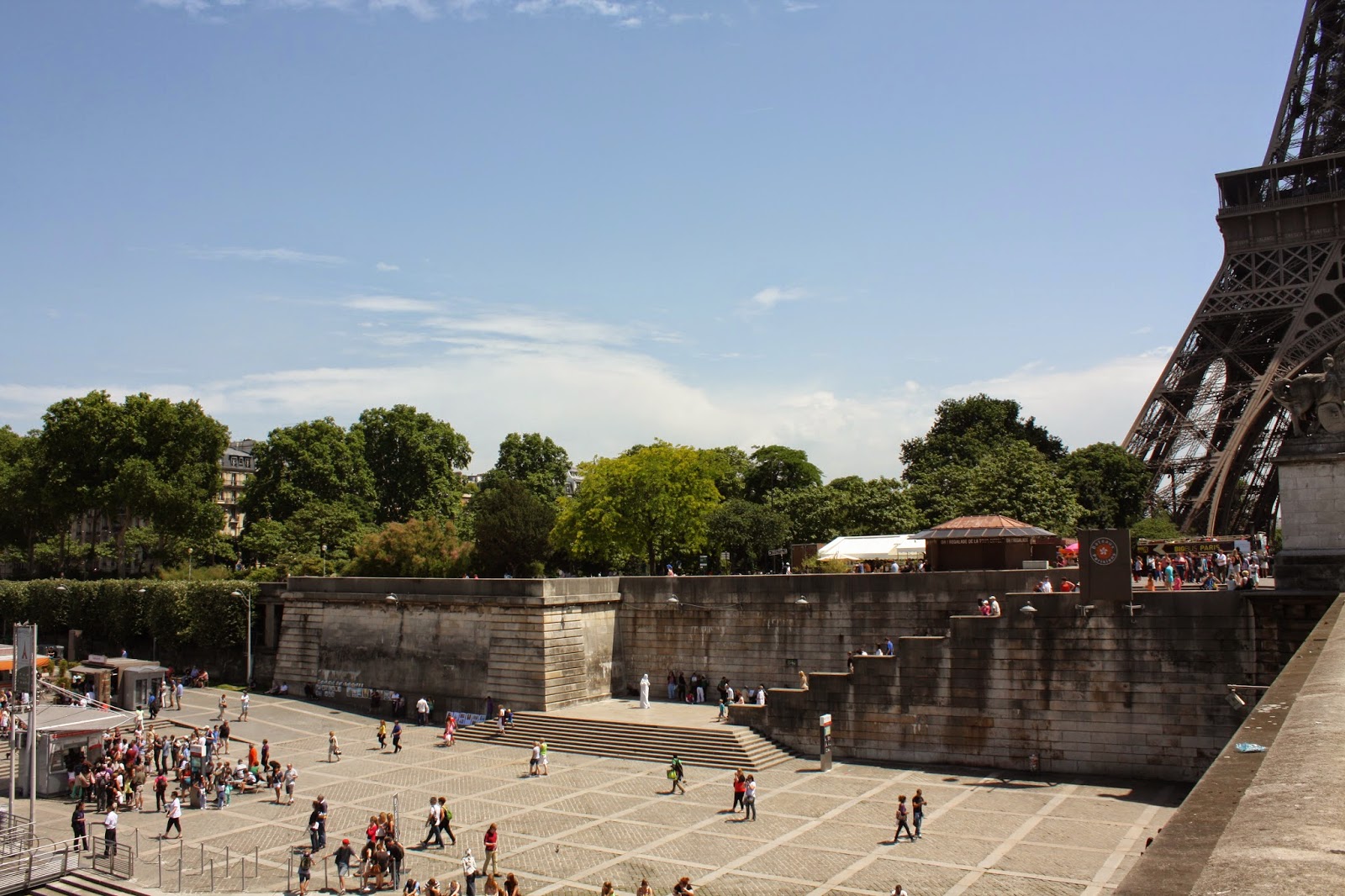 The location is visible from the bridge Pont d'lena, that runs across the Seine in front of the Eiffel Tower.
Upplagd av R. Sterling kl. 09:21

Email ThisBlogThis!Share to TwitterShare to FacebookShare to Pinterest
Etiketter: A View to a Kill, Paris - France
Plats: Chaillot, Paris, Frankrike