After picking up Bond from the Paris police station, where Bond undoubtedly has spent the night for violating most of the Napolenic code, M, Bond and Sir Godfrey are driven across the bridge Alexandre III in M's limousine. This is the same bridge where Bond jumped down to the party boat, chasing May Day earlier. 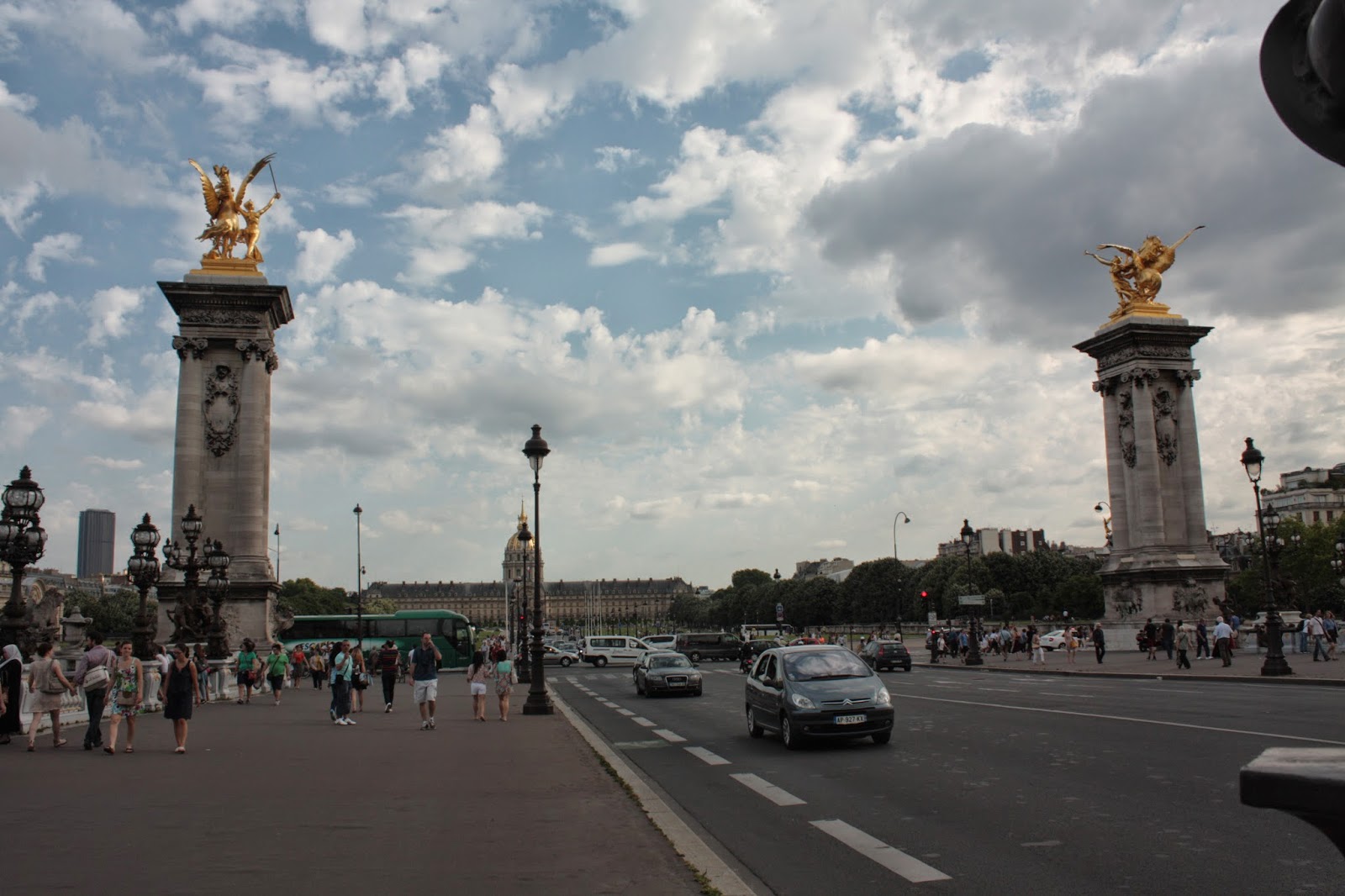 In the background, briefly visible behind M, is the north front of the complex known as L'Hôtel national des Invalides. The complex contains museums, a hospital and retirement home for war veterans as well as the tomb of Napoleon Bonaparte. Both behind M and Sir Godfrey are the massive columns visible, with the golden Pegasuses on top.

"May I remind you that this operation was to be conducted discreatly!"

The limousine is driving down Quai d'Orsay and turning right on Alexandre III bridge and continuing down on Avenue Winston Churchill on the other side of the Seine. The big building, visible behind Sir Godfrey, is the Palais de la Découverte, a science museum located in the Grand Palais. After the briefing in the limousine, Bond assumes the identity of St. John Smythe and goes to Chantilly with Sir Godfrey. 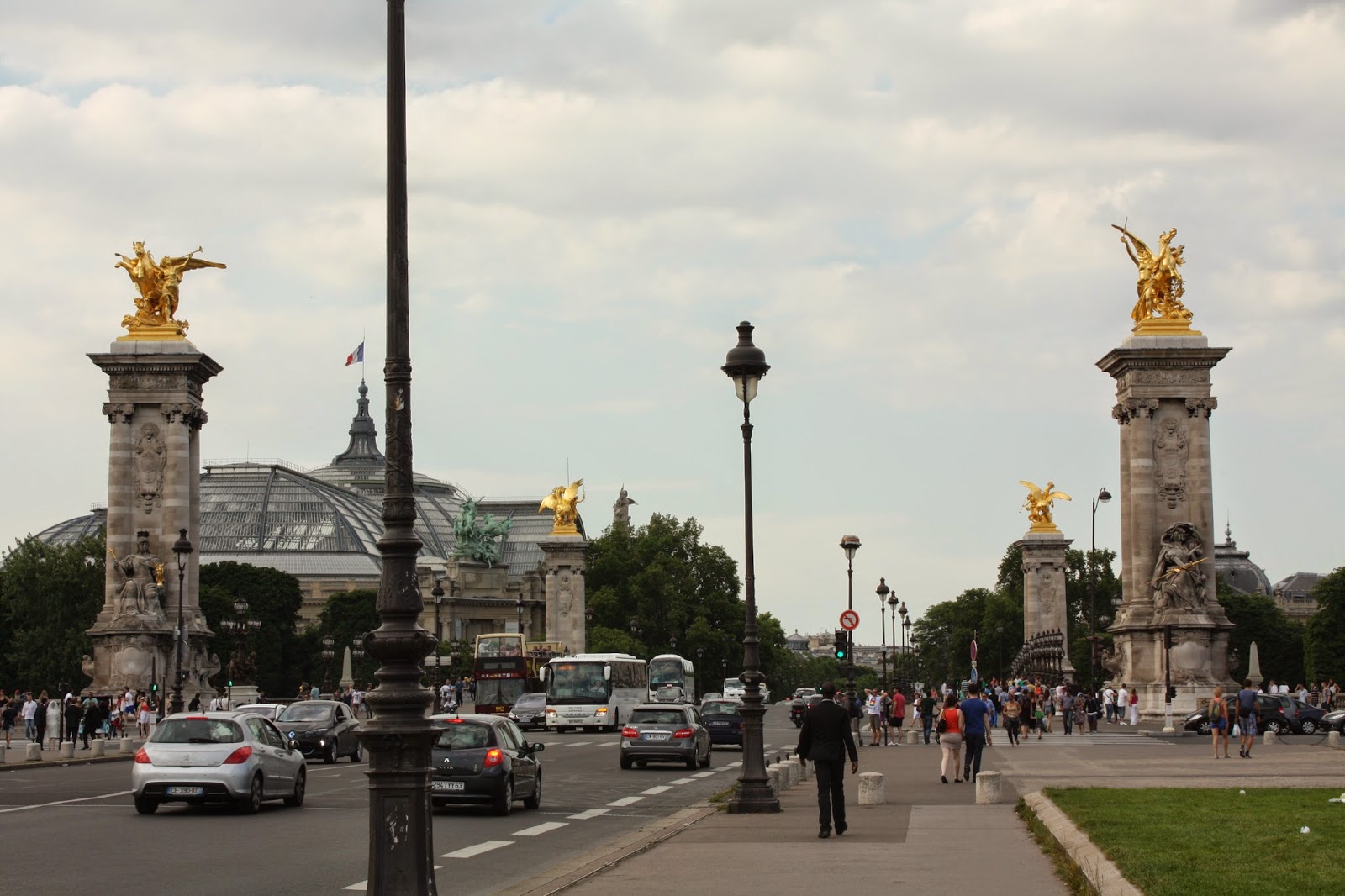