When Bond and Tania escapes from the Russian consulate with the Lector decoder, they follow Kerim through the secret tunnels beneath the consulate where he is waiting for them. Kerim has planned the escape route and they all come up through a hatch in the floor in a small shop, which supposedly is located just opposite the Istanbul train station. They are escaping Istanbul on the Orient Express train and arrive at the platform just as the train is about to depart. 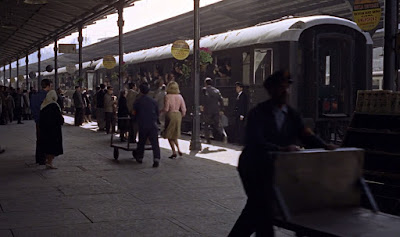 The Istanbul train station is definitely one of the more interesting Bond locations in Istanbul, and the place is filled with history. It is from this very station that the renowned Orient Express departed for Paris, for almost a hundred years. The Orient Express began service in 1883 by the company 'Compagnie Internationale des Wagons-Lits'. In 1889 it started operations between Paris and Istanbul, the two cities that were the original endpoints of the service and that have most prominently become associated with the Orient Express. 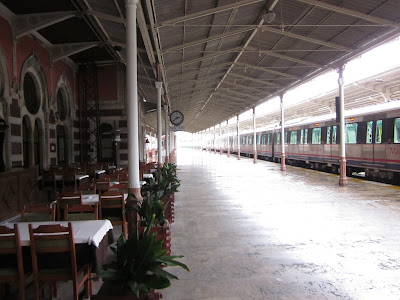 When Bond and Romanova is running out on the platform in the station they are spotted by Commissar Benz from the Russian consulate. Benz is the Soviet security officer in Istanbul, also stationed at the consulate, who apparently watches the airports and train stations for defectors. 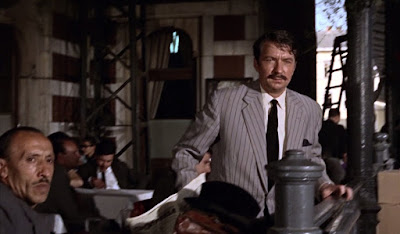 Commissar Benz is having tea with another man from the Russian consulate. He recognises Romanova and immediately understands that she is defecting to Bond. Before jumping on the train he orders his man to telephone the consulate and tell them that corporal Romanova has defected to England. 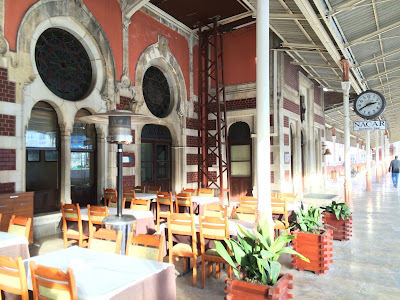 The cafe or restaurant where Benz is sitting is located on the platform and is part of the original station building. There is still a restaurant located in building today although the metal fence that screened off the cafe and the platform in the film has been removed. The facade of the building and the notable round windows are however still very recognisable. 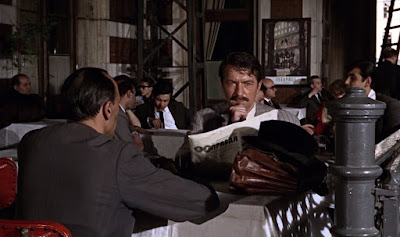 "- Telephone the Consulate!
- Yes, yes!
- Dear Corporal Romanova has defected to the English!"
- Benz and the other man (in Russian) - 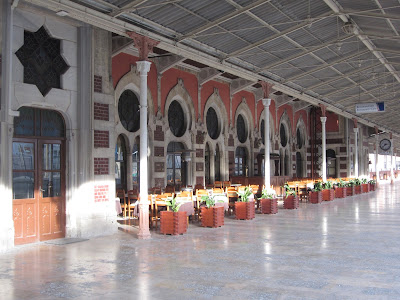 Even though the facade and exterior are very recognisable, the round windows are not seen in this first scene when Bond and Tania board the train, but later when the train makes the first stop in "Belgrade". Istanbul train station namely doubled for all the train stations in the film. The scenes both in Belgade, where Bond meets with one of Kerim's sons, and Zagreb, where Bond encounters Donald Grant for the first time (supposedly meeting with Captain Nash), were all filmed at this location. The different parts of the Sirkeci station that were used for the different train stations will be covered later. 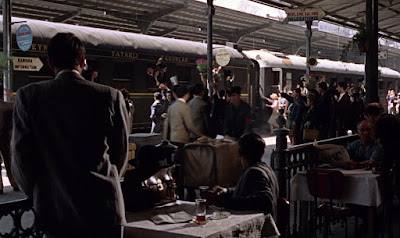 "Now I'm sure Commissar Benz will have a much safer journey!"
- Ali Kerim - 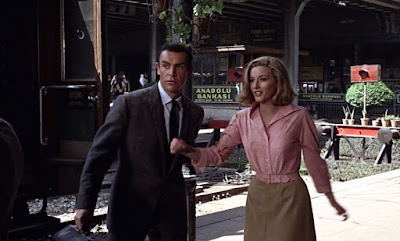 Bond and Tania are entering the train station from the western entrance, which is located along the road Ankara Caddesi. Tania stops as she sees Benz at the cafe before Bond is pulling her away to the train. 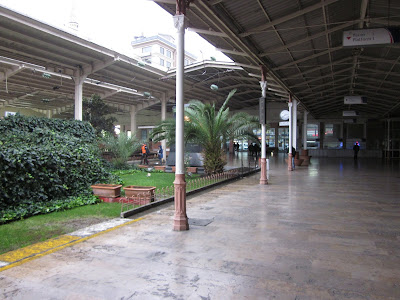 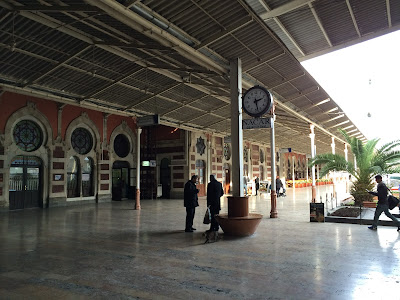 It is obvious from the film that the train was rather shabby in 1963, at least by judging from the exterior of the train. How comfortable it really was back then is unknown.