As Melina and Gonzales are flying over Corfu, the seaplane passes Corfu town and various parts of the island before arriving at her parents yacht, the MY Triana, from where Melina's father is trying to locate the British spyship. The seaplane is passing over a rocky part of Corfu located somewhere on the coast. 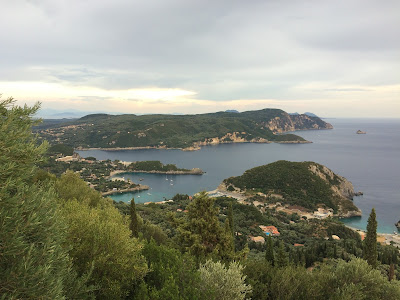 Gonzales is flying a Cessna U206G Stationair Amphibian seaplane with the text "Kerkyra Charter Service" on the side of the tail. Kerkira is the Greek name for Corfu. Apparently Gonzales is posing as a pilot for some kind air taxi service. 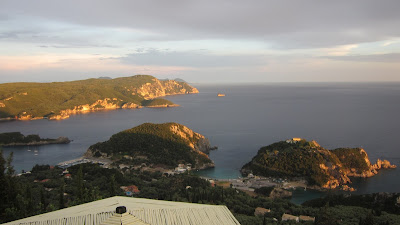 Gonzales and Melina are on their way to Melina's parents aboard the Triana, which is anchored somewhere on the coast. However, the MY Triana is located in the Kalami bay which is located in the north-eastern part of the island. Thus, if flying in over Corfu town, it would not be natural for the seaplane to pass over Paleokastritsa on the way to Kalami, unless there are some kind of limitations on the airspace in the northern part of Corfu, due to the mountain Pantokrator.

The map below illustrates the route of Gonzales' seaplane. 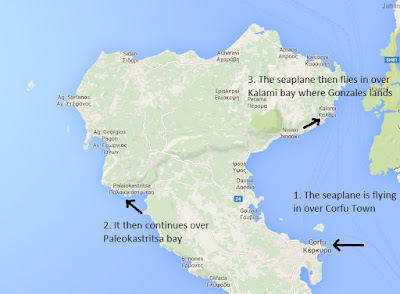