Bond follows Dr Goodhead through the streets of Venice in Moonraker, after spotting her at the Venini Glass factory. She is herself spying on Drax for the Americans and Bond eventually catches up with her on Fondamenta Misericordia, where he states that the building she's looking at is 14th century. 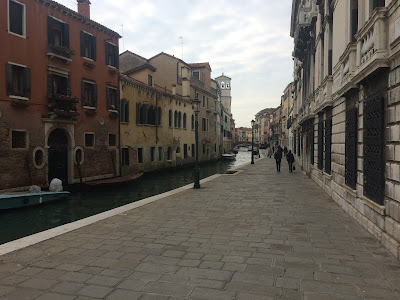 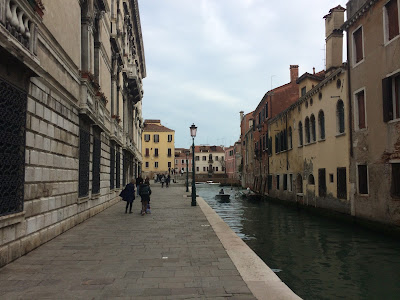 Bond walks with Dr Goodhead along the Fondamenta Misericordia, up to the Scuola Grande Della Misericordia which is located on the little square where the canals intersect. The canal that they walk along is called Rio della Misericordia.

After declining Bond's invitation to dinner, Dr Goodhead walks away and Bond calls his gondolier Franco, who conveniently has been waiting for Bond by the steps of Rio della Misericordia. 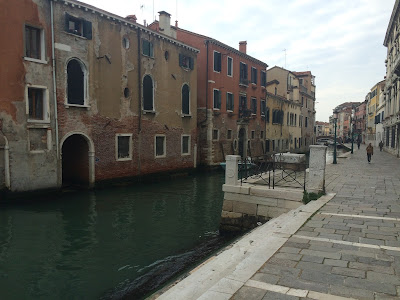 Like most locations in Venice, this has not changed notably since 1979. 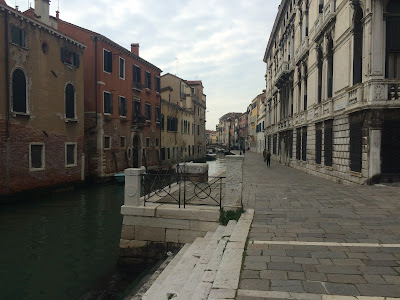 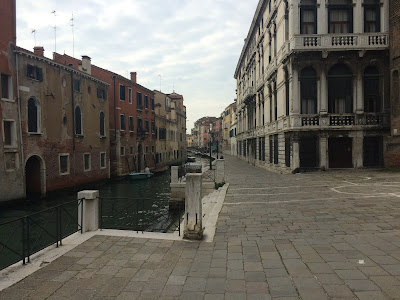 The building that Dr Goodhead is looking at is apparently called Mestiere Cinema and it is located right next to the Scuola Grande Della Misericordia, which also was built in the 14th century, as Bond remarks.