In The Living Daylights, Bond follows general Pushkin from the trade conference back to Pushkin's hotel. Pushkin is staying at a hotel called Île de France in central Tangier. Pushkin's Mercedes limousine drives up to the hotel entrance as Bond stops his car outside the hotel gate, watching as Pushkin's secretary and mistress Rubavitch enters the hotel. 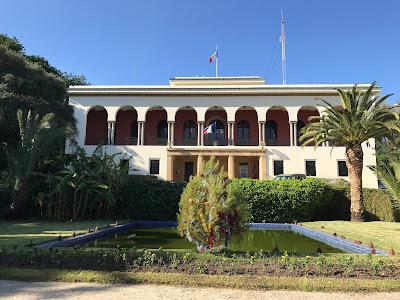 The entrance is seen up close when Pushkin arrives later the same evening as the chauffeur is seen waiting outside. For the exterior of Hotel Île de France in the film, a magnificent property in central Tangier was used. The "hotel" is in reality the French consulate, conveniently located at 2 place de France, in central Tangier. 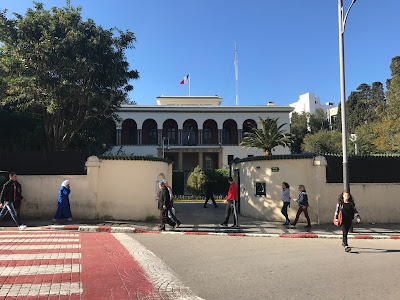 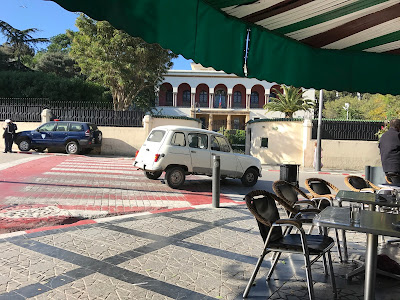 Pushkin's mistress Rubavitch waits in the hotel room for Pushkin to return. Right opposite the consulate is a cafe which is also seen in the film. The Gran Cafe de Paris. 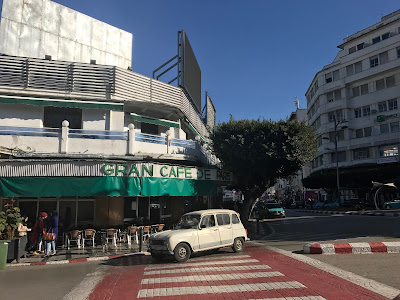 This cafe is still located in the same place even with the name unchanged on the facade, although changed from red to green. This cafe is a perfect place to stop for lunch or a glass of mint tea while enjoying this wonderful location. The French consulate and the Gran Cafe de Paris is located in a very busy and central part of Tangier and it is impossible to miss while in the city. 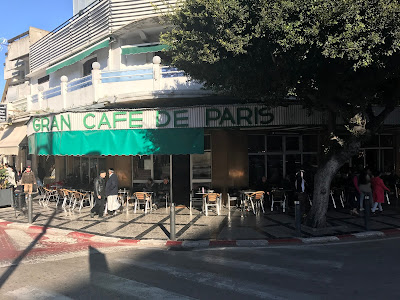 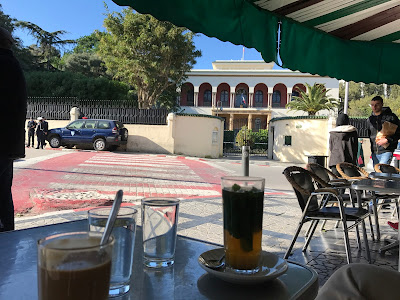 The French consulate however, is not accessible for the public. There is tight security at the consulate with a Moroccan police car parked outside the wall at all times and chassis of the cars driving in to the premises are being checked underneath.