Entrance to the Grand Bazaar - Gate 1 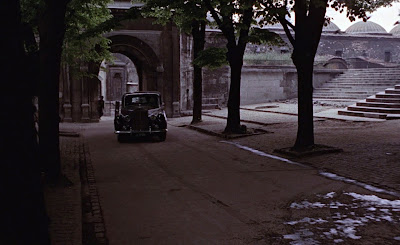 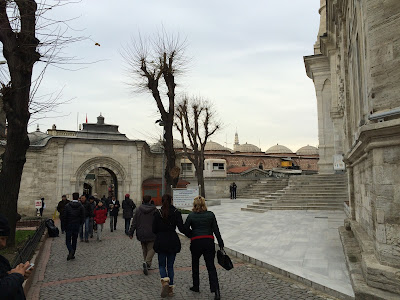 In From Russia With Love, when Bond arrives in Istanbul he is driven to the office of Ali Kerim, the head of the British Secret Service's "Station T" Turkey. Kerim's office is located inside the famous Grand Bazaar, a location that Bond would visit again in Skyfall. Bond's Rolls Royce arriving at at the Grand Bazaar in front of the Nuruosmanyie Mosque has been covered here earlier. Bond and the chauffeur is seen entering the Grand Bazaar through the main entrance gate. 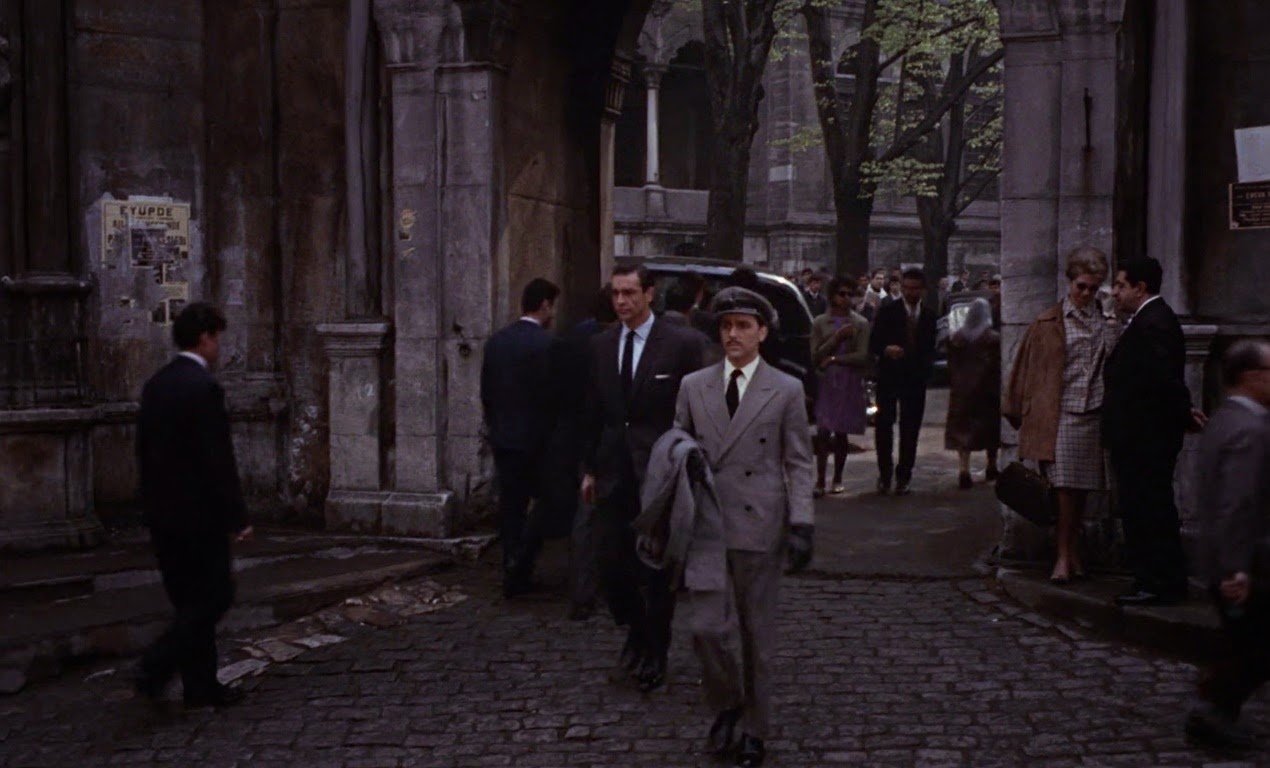 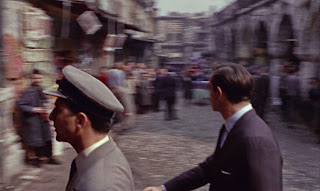 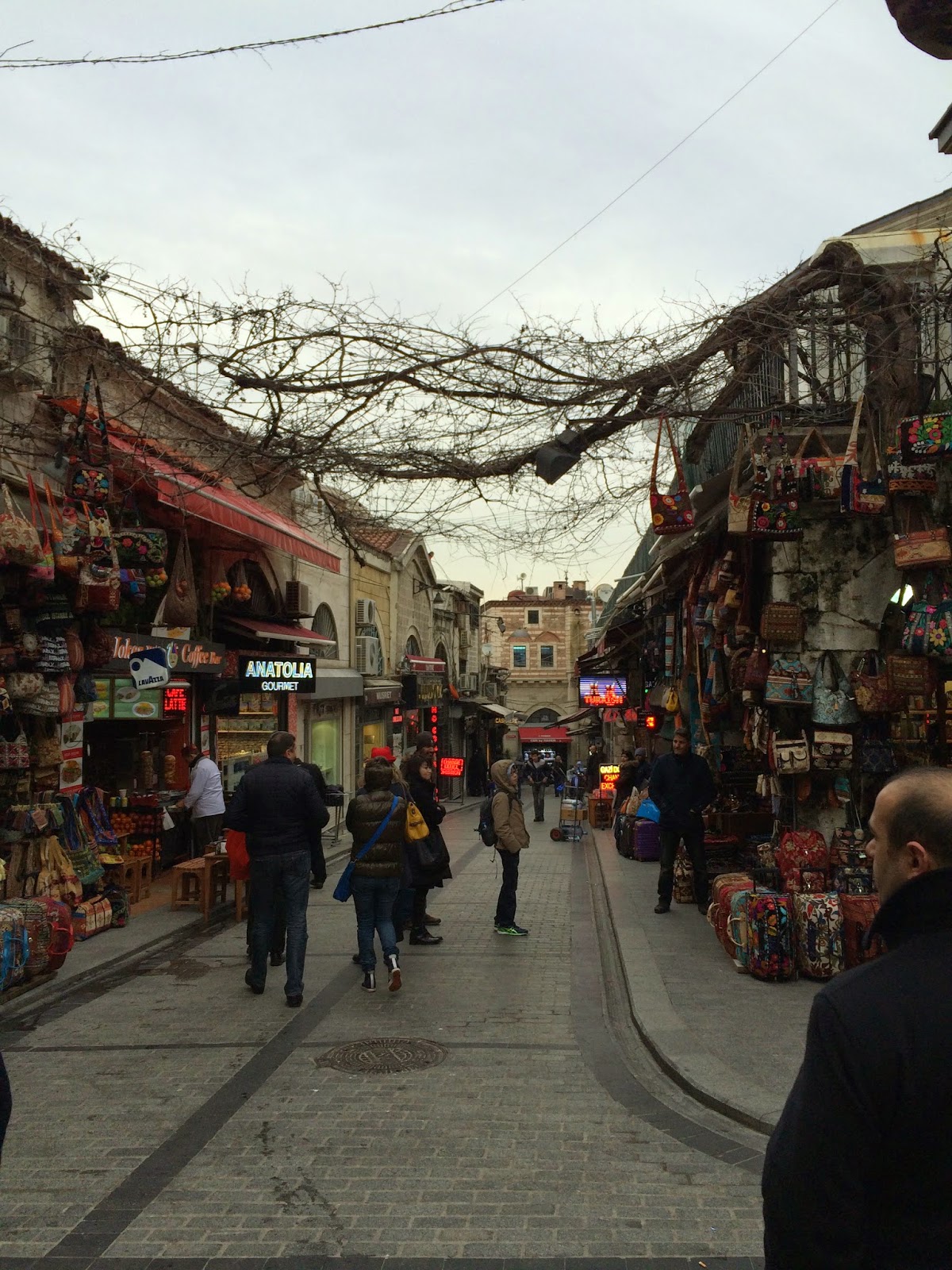 In a very brief sequence, one of the streets just outside of Gate 1 is seen. This street is called Ç. Nuruosmaniye Cadessi. In the background you can also spot the crowd watching the filming. Crowd control was a huge problem during the filming of From Russia With Love, which is apparent in several scenes. 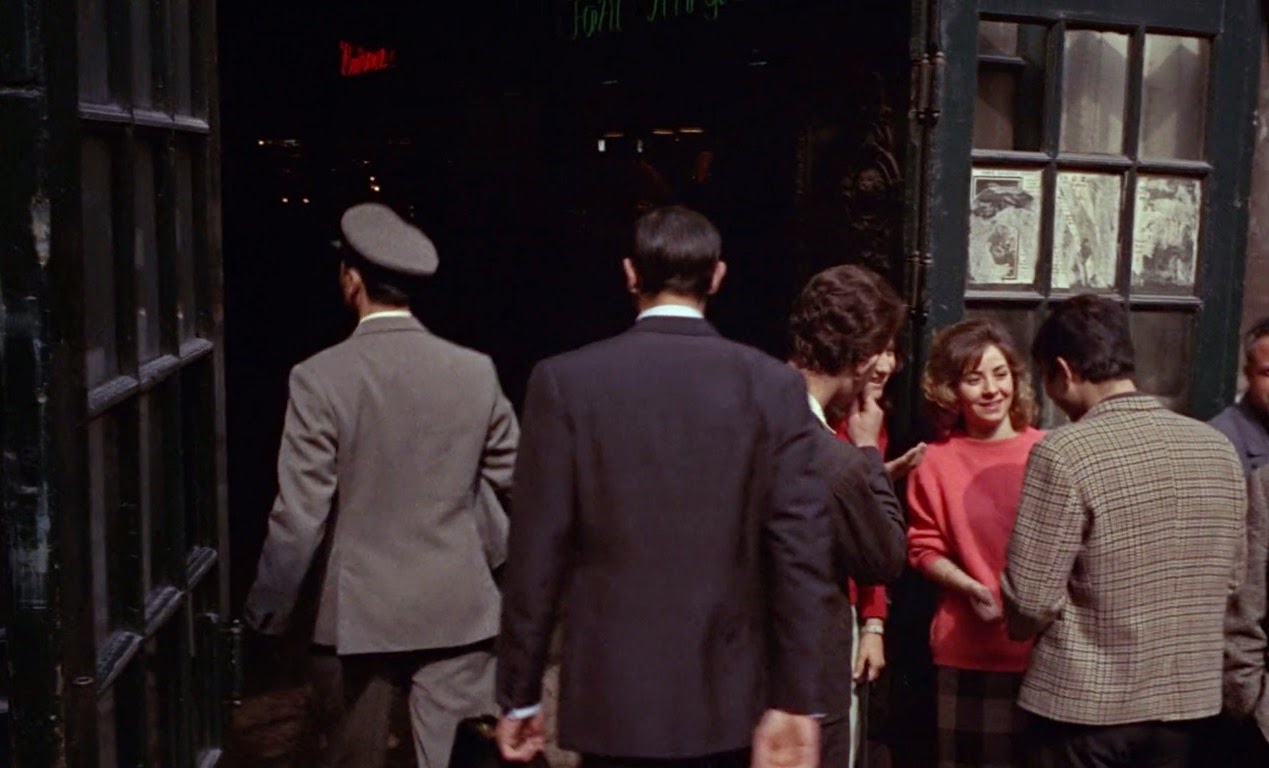 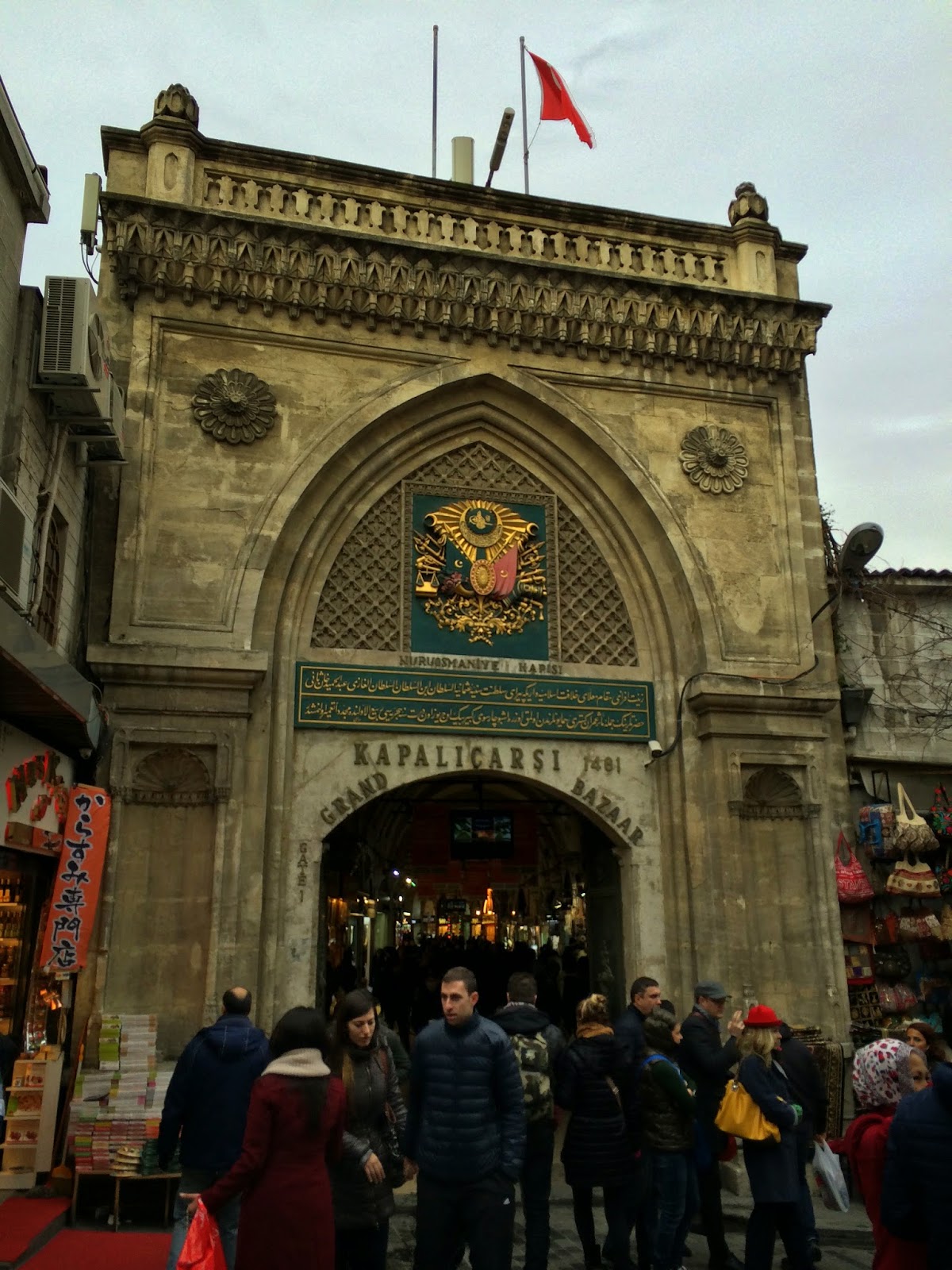 Bond and the chauffeur enter the Bazaar through the main entrance, Gate 1. 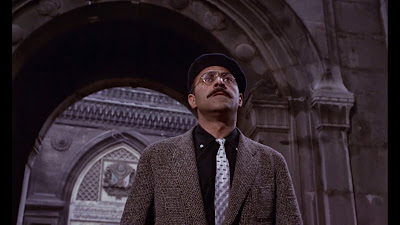 Later, after the meeting with Kerim Bey, Bond leaves in the Rolls Royce again and the stalking Bulgar watches as Donald Grant drives off in the Citroën. The main entrance gate, Gate 1 where Bond and the chauffeur have entered earlier, is seen again through the wall behind the Bulgar, in the picture above. 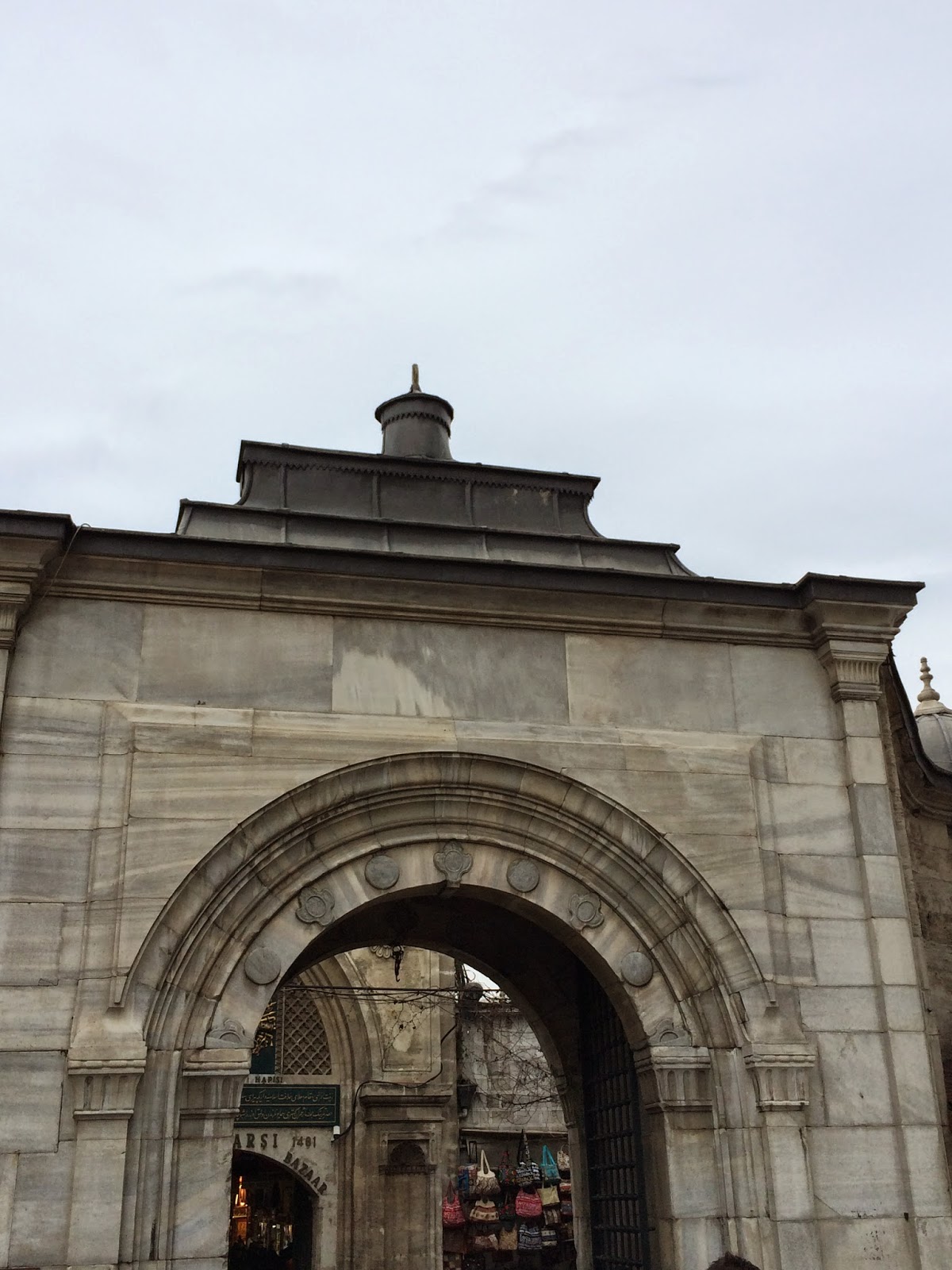 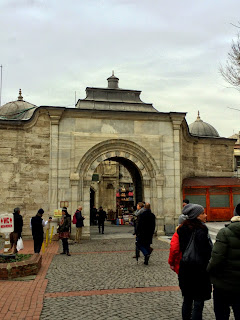