After escaping from Fiona Volpe and Largo's men in Thunderball, Bond manages to blend in with the Jankanoo parade which is marching through Nassau. The Jankanoo street parade is the little less commonly known Bahamian Mardi Gras, and the equivalent of the Carnival in Rio, which is celebrated every year on 26 December and 1 January. 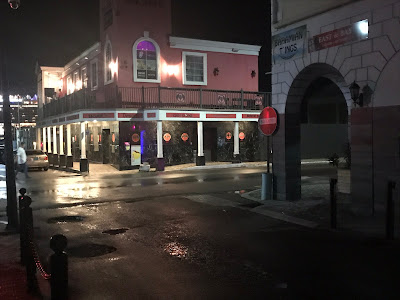 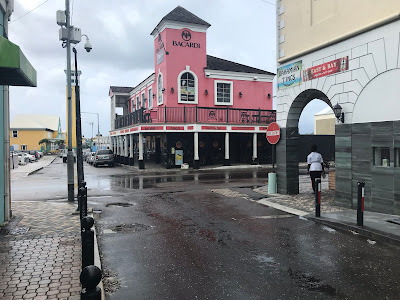 The previous scene where Bond escapes from Fiona Volpe and Largo's men by setting rum on fire in the car, was actually filmed at the same location on the same street crossing. This is apparent in the picture below where you see the letter B (in Burns) on the building to the right. 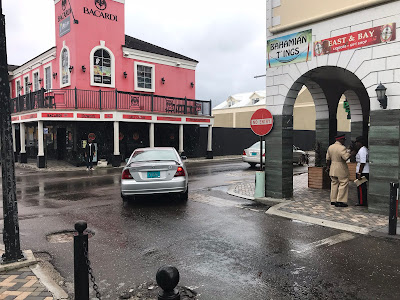 The action sequence was filmed on East Street where it intersects with Bay Street in Downtown Nassau. 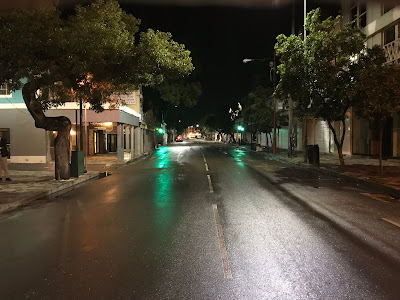 Largo's men chasing Bond was filmed on the large Bay Street, which runs in an east-west direction through Nassau. A few of the old colonial buildings can be found along Bay Street. I have yet to identify which part of Bay Street that actually were used in the film. None of the houses seen on screen can be identified with certainty. Central Nassau and more of Bay Street will be covered later.