In Thunderball, Bond is meeting up with Leiter, Pinder and Paula in Nassau, before going to Pinder's secret warehouse where Q is waiting. They meet in downtown Nassau, right by Parliament square in front of the Churchill Building. Leiter is looking at some trinkets at a market held on the square. 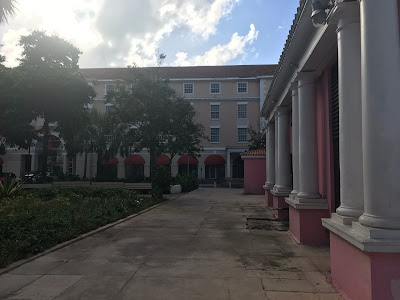 The market is housed in a building enclosed by columns in pairs on the facade. In the background one old governmental building is visible. These flamingo colored buildings are excellent examples of the colonial architecture of old Nassau. 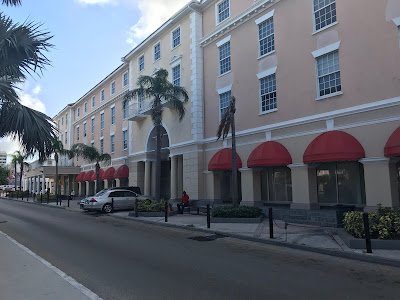 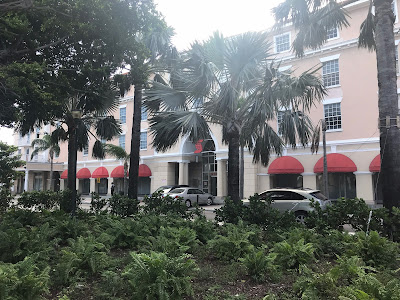 The building where the market is can still be found on location, in the middle of Rawson Square, although the building has received walls since 1965. 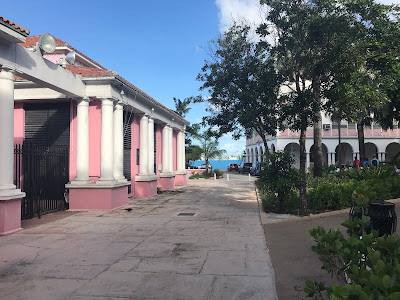 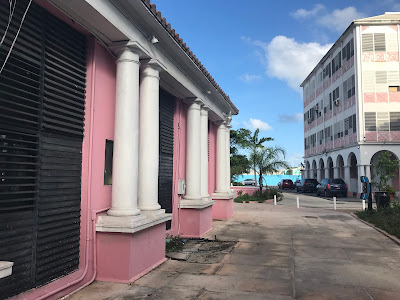 After meeting up at the square, they follow Pinder to his warehouse in the harbour. The building with the columns in pairs can also be seen in Never Say Never Again when Bond meets with Small-Fawcett, covered here earlier. Thus, Connery is back at the same location 18 years after Thunderball when he returned as 007 in the unofficial film. 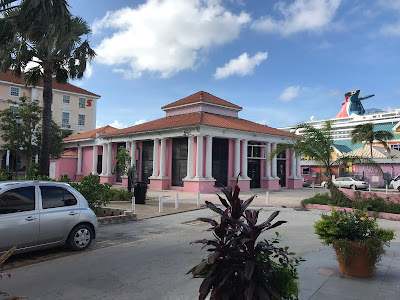 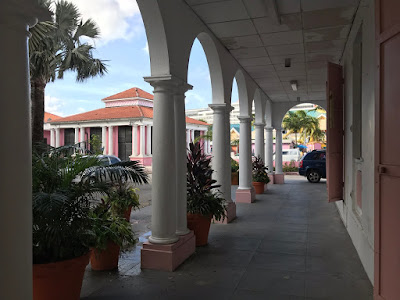