In Spectre, many references are made to the previous Bond films. References have been made before, primarily in the jubilee films The Living Daylights and Die Another Day but in Spectre the references got a little out of hand as practically all previous films are referred to in more or less conspicuous ways. In the following I have listed the references from the first eight films. There are undoubtedly other references too, but these are, according to my opinion, the most obvious. 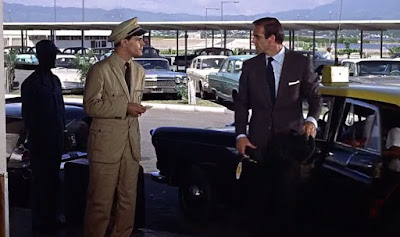 The uniform of Blofeld's chauffeur who picks up Bond and Madeleine Swan in the Moroccan desert in Spectre mirrors the uniform of Mr Jones, the chauffeur hired by Dr No to pick up Bond from the airport in Jamaica.

Further in Dr No, Bond discovers a stolen painting when he is joining the doctor for dinner. The portrait of the Duke of Wellington, by Goya, was stolen from the National Gallery in London in 1961 and was still missing when Dr No premiered in 1962. Similarly in Spectre, Blofeld is in possession of stolen art. Two stolen paintings (one by Picasso and of by Modigliani) can be spotted in Bond's and Swan's guest rooms.

These two paintings were stolen from the Paris Museum of Modern Art in 2010 and are still missing. 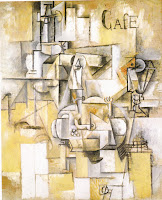 The Modigliani painting is also seen in Skyfall when Severine shows the painting for a potential buyer in Shanghai, right before he gets killed by Patrice.

From Russia With Love 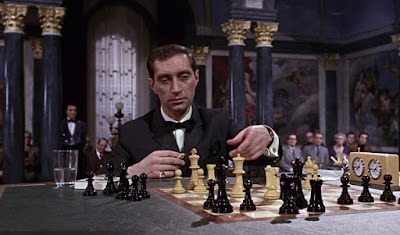 In From Russia With Love, Spectre agent Kronsteen is a chess Grandmaster who demonstrates his expertise in the beginning of the film. The (perhaps far-fetched) reference is made in Spectre as Bond and Mr White are talking across a chess board.


The octopus has been a symbol for Spectre ever since From Russia With Love, and could for instance also be spotted on Blofeld's aquarium. 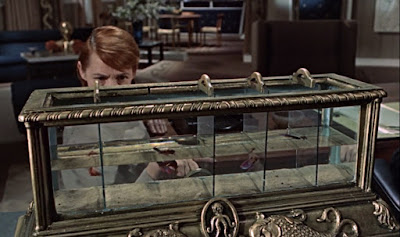 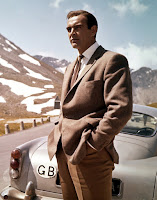 For the first time since A view to a Kill, Bond is again wearing an ivory dinner jacket in Spectre. Although the dinner jacket is different from any dinner jacket previously worn by Bond, Craig's dinner jacket bears some resemblance with Connery's outfit in Goldfinger. However, apart from the peaked lapels and red carnation the resemblance stops and the jacket has many obvious errors like the short length, the two button front and the single vent, neither which are appropriate on a dinner jacket. Of course Jany Temime, the bad costume designer in Skyfall and Spectre, did not know that. 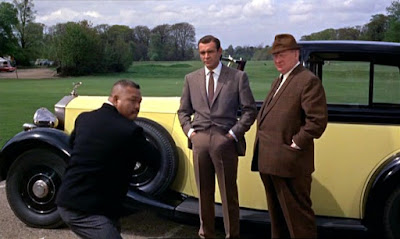 You Only Live Twice
The scars Blofeld gets after the explosion in Morocco is a reference to the scars Donald
Pleasence had as Blofeld in You Only Live Twice 1967. Pleasence was the first Blofeld who showed his face in the films but the scars would however disappear with the other actors portraying Blofeld. 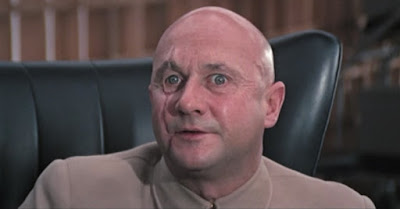 Just as Bond lands in Tanaka's chair in Tokyo in You Only Live Twice, Bond lands on a couch after falling from the collapsing building in Mexico City. Perhaps not a proper reference, but still funny.

On Her Majesty's Secret Service
OHMSS is referenced both in the title sequence and by the location of the Hoffler clinic in Austria.
In OHMSS Bond visits Piz Gloria, which was Blofeld's lair disguised as a clinic in Switzerland. In Spectre Bond visits the Hoffler clinic, which also is located on top of an alp.
In the title sequence of Spectre, scenes from the previous Bond films from the Craig era can be seen, including scenes with Vesper and the villains such as Le Chiffre and Silva.

This is a reference to the title sequence of OHMSS, where several villains and Bond girls from the previous Bond films were featured. However, in OHMSS the characters and the ticking clock were symbols for the passing of time but the reassurance that Bond still remained the same (despite the change actor from Connery to Lazenby).

Diamonds are Forever
At the hotel 'L'Americain' in Tangiers, Bond talks to a mouse that comes out during the night and eventually leads Bond to Mr White's hidden room. Similarly in Diamonds are Forever, Bond ends up talking to a rat when trapped inside a pipeline. This reference might be a little far-fetched but probably the best reference I could find. There has been some speculation that the name of the henchman Hinx, would be a reference to the two killers Mr Wint and Mr Kidd, but that seems even more far-fetched. 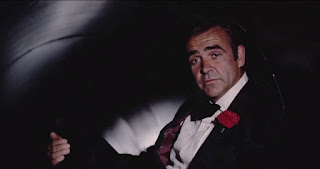 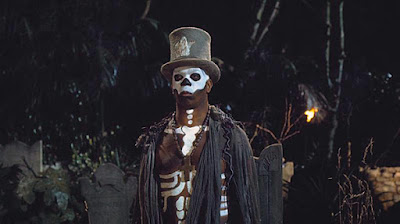 Just as in Live and Let Die, Bond surrenders his weapon on a silver tray, when he arrives at the villain's lair in Morocco. As usual, Sir Roger manages to surrender his weapon with a little more tongue in cheek than Craig. Whereas Craig only remarks: "be careful with that, it's loaded", Sir Roger says: "keep the change" to Whisper. Probably a too obvious reference if Craig had uttered the same line. 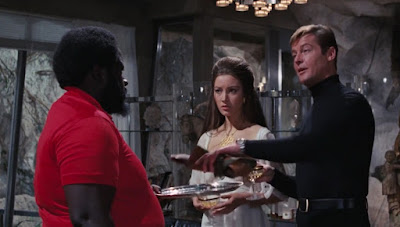 The outfit worn by Craig in one of the earlier posters for the film, mirrors Sir Roger's outfit at the end of Live and Let Die.

In order not to make this post too long, the references from the rest of the films will be divided up in a 'part two' and a 'part three', covered later.
Upplagd av R. Sterling kl. 23:09

Email ThisBlogThis!Share to TwitterShare to FacebookShare to Pinterest
Etiketter: Diamonds are Forever, Dr No, From Russia with love, Goldfinger, Live and Let Die, On Her Majesty's secret service, Spectre, Thunderball, You Only Live Twice